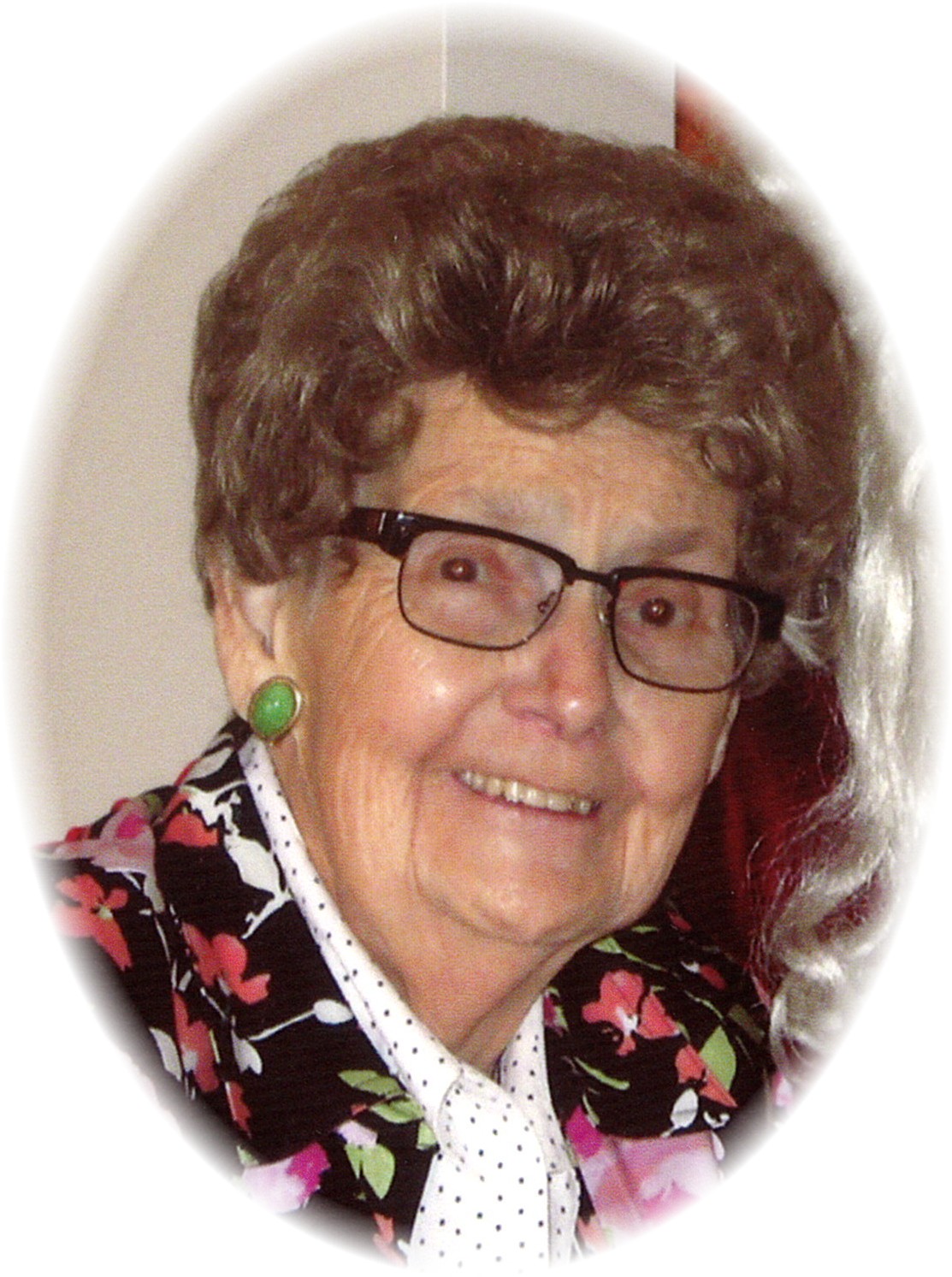 My great grandma lived just a few miles from Nolan and me when we lived in Minneapolis. I was able to visit her a lot; we’d go to the 50’s Grill, play Rummikub or put together a puzzle. She was independent, funny and very observant. She lived in North Minneapolis so the things she observed were, let’s just say, interesting. She was silly; we loved to push Rummikub tiles into each others at the beginning of a game so you’d lose your count and have to start over again. She passed away in January of 2010 at the age of 93; it was sad to lose her but I’m sure she is having a blast in heaven with all those that passed before her.

After my Great Grandma passed I got a couple of her cookbooks, so when I saw this idea on Pinterest, (here are some other variations), I knew I wanted to create something similar. 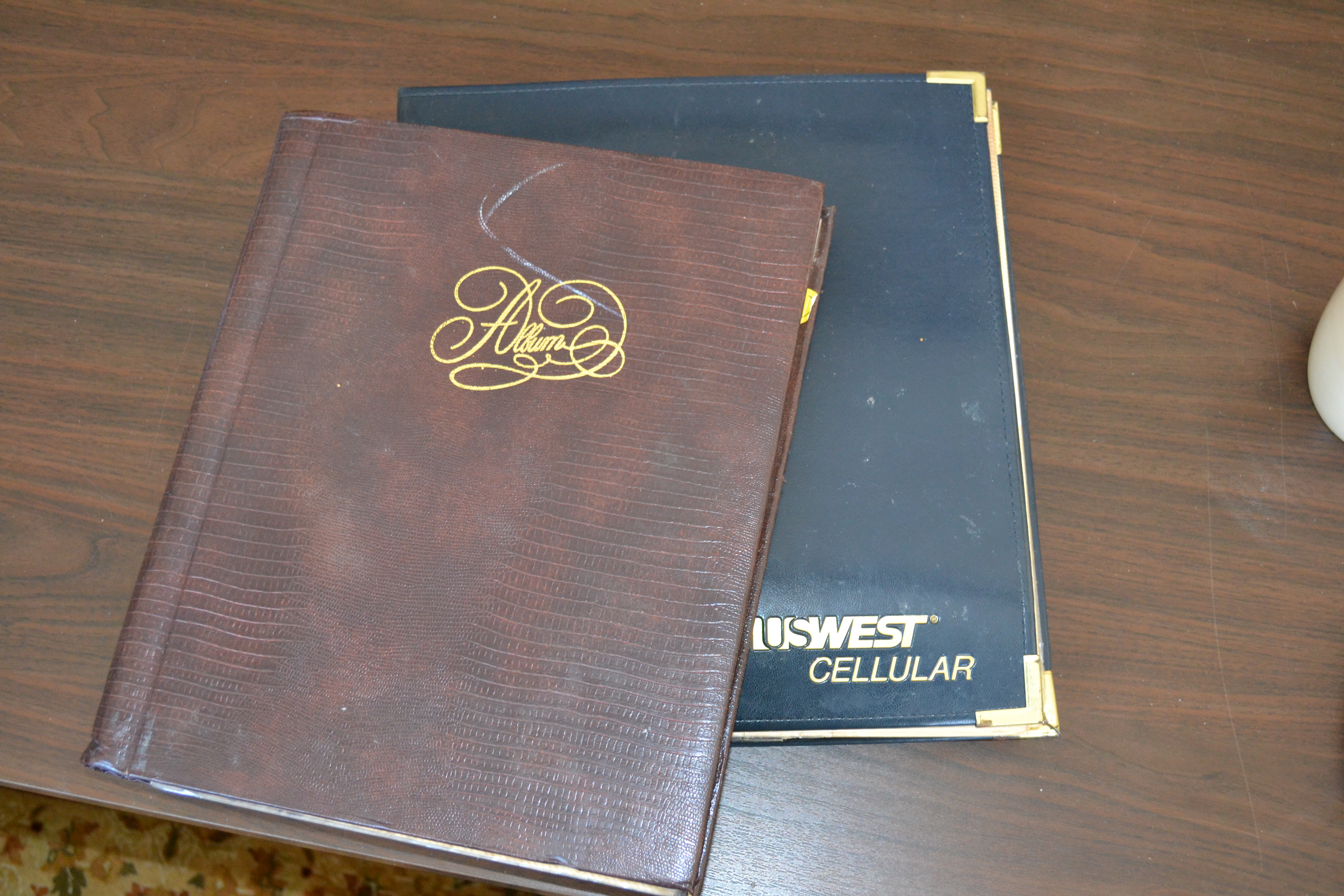 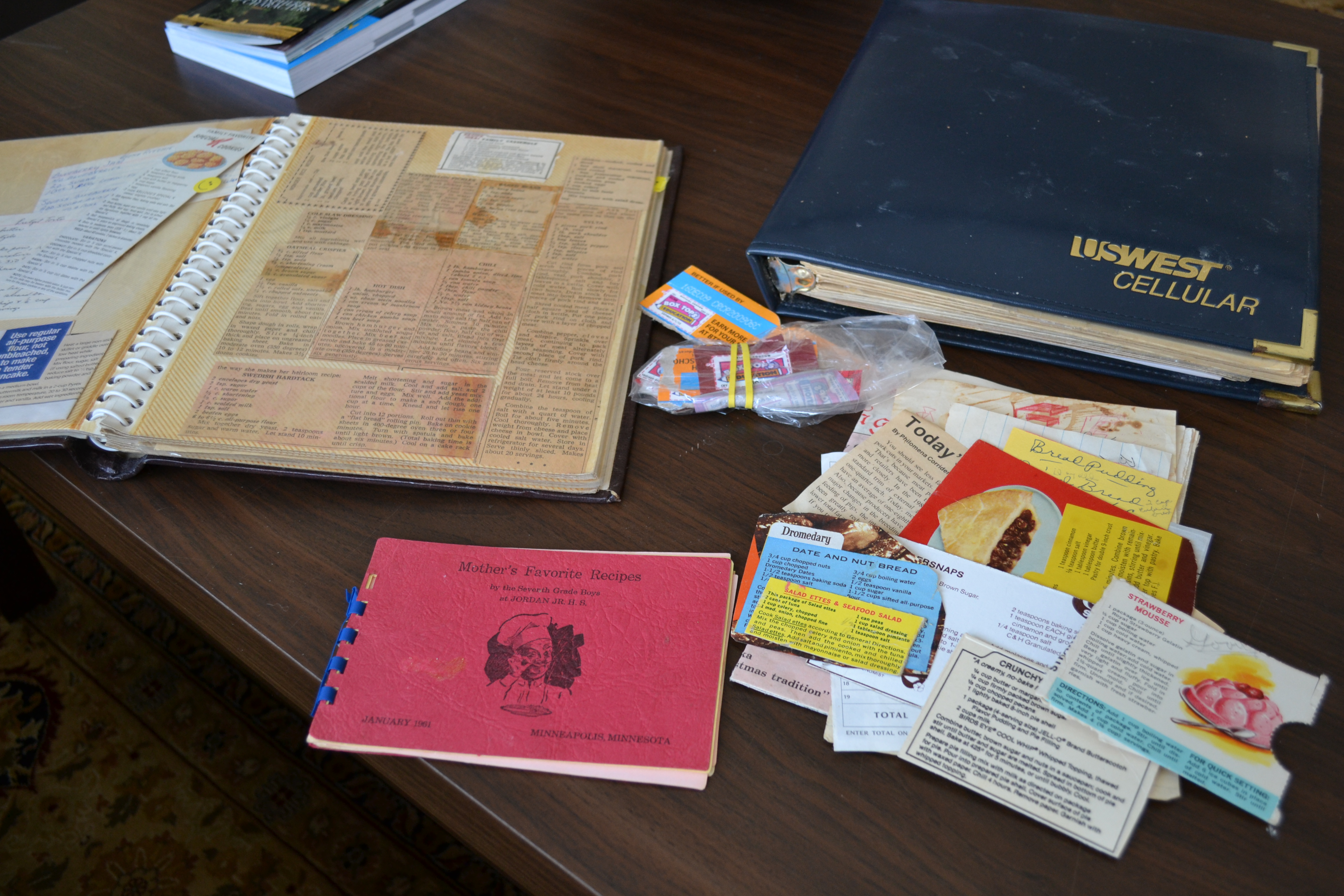 My Great Grandma had lots of recipes cut out from newspapers and boxes but the coolest old thing I found was a booklet of “Mother’s Favorite Recipes” by the Seventh Grade Boys at Jordan Jr. H.S. from January 1961. 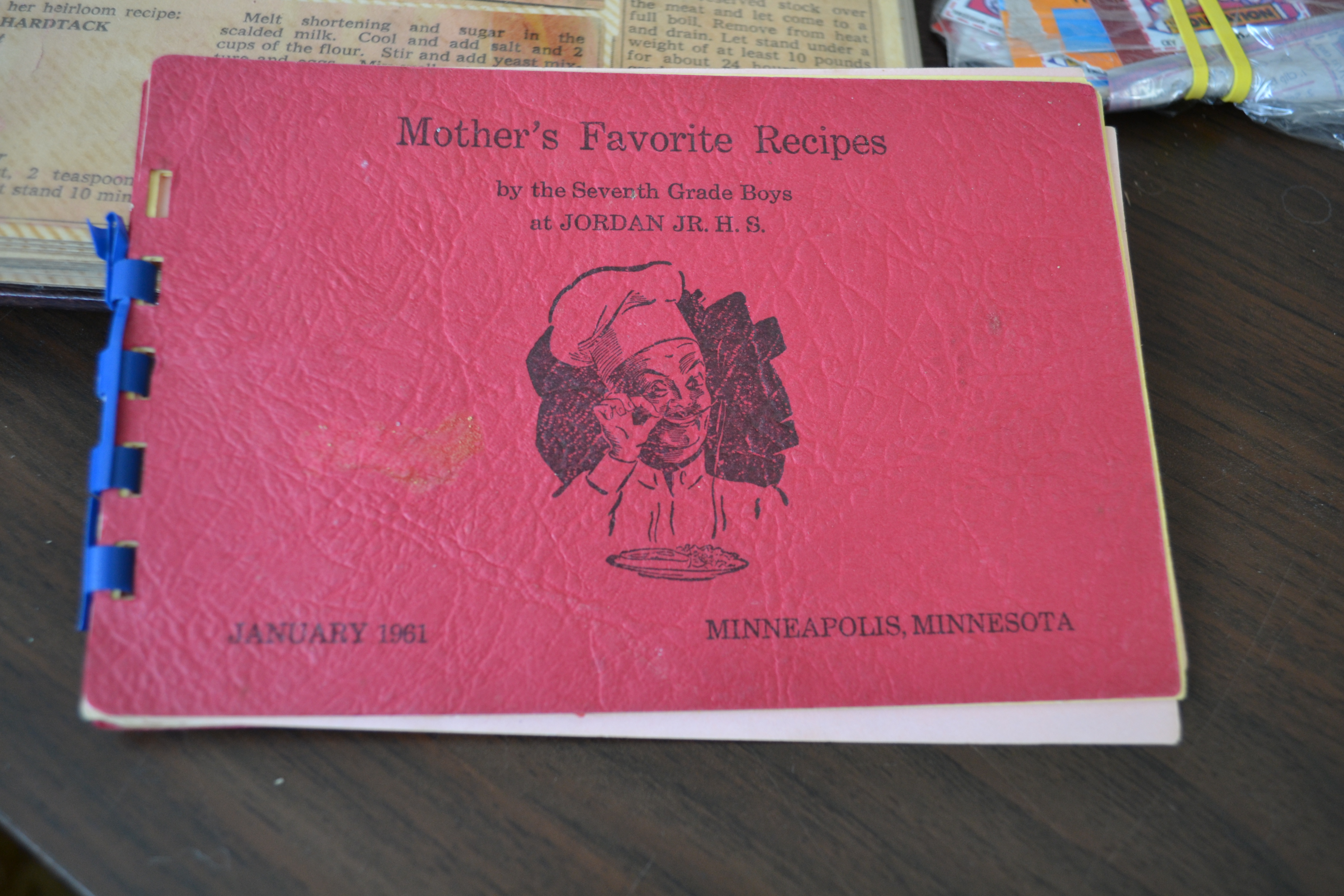 She also kept other random news article clippings, like this one about the Minnesota Twins after they won the World Series in 1987. 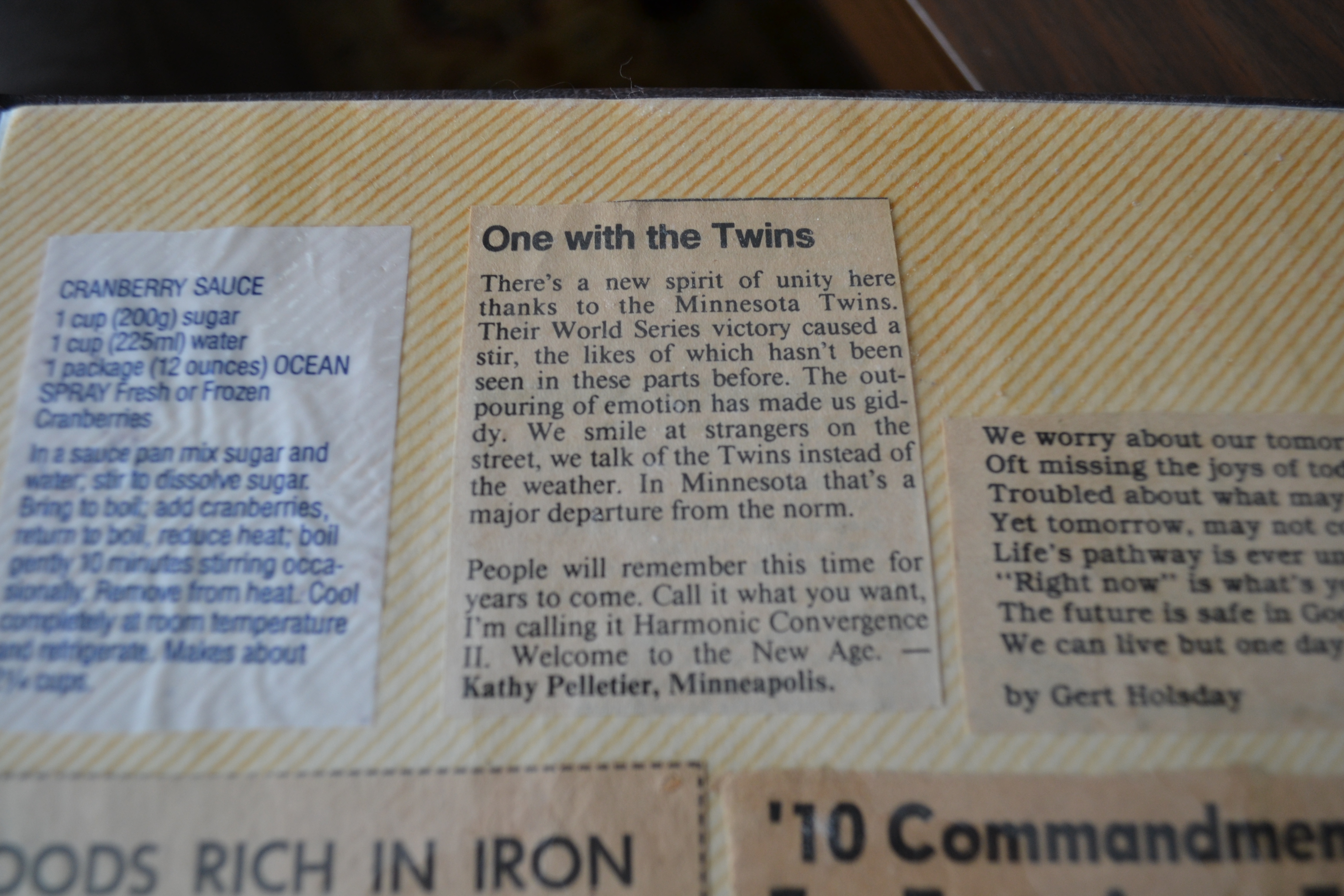 There were handwritten notes too. I’m going to have to try these “Best Toffee Cookies” that she made back in 1986. 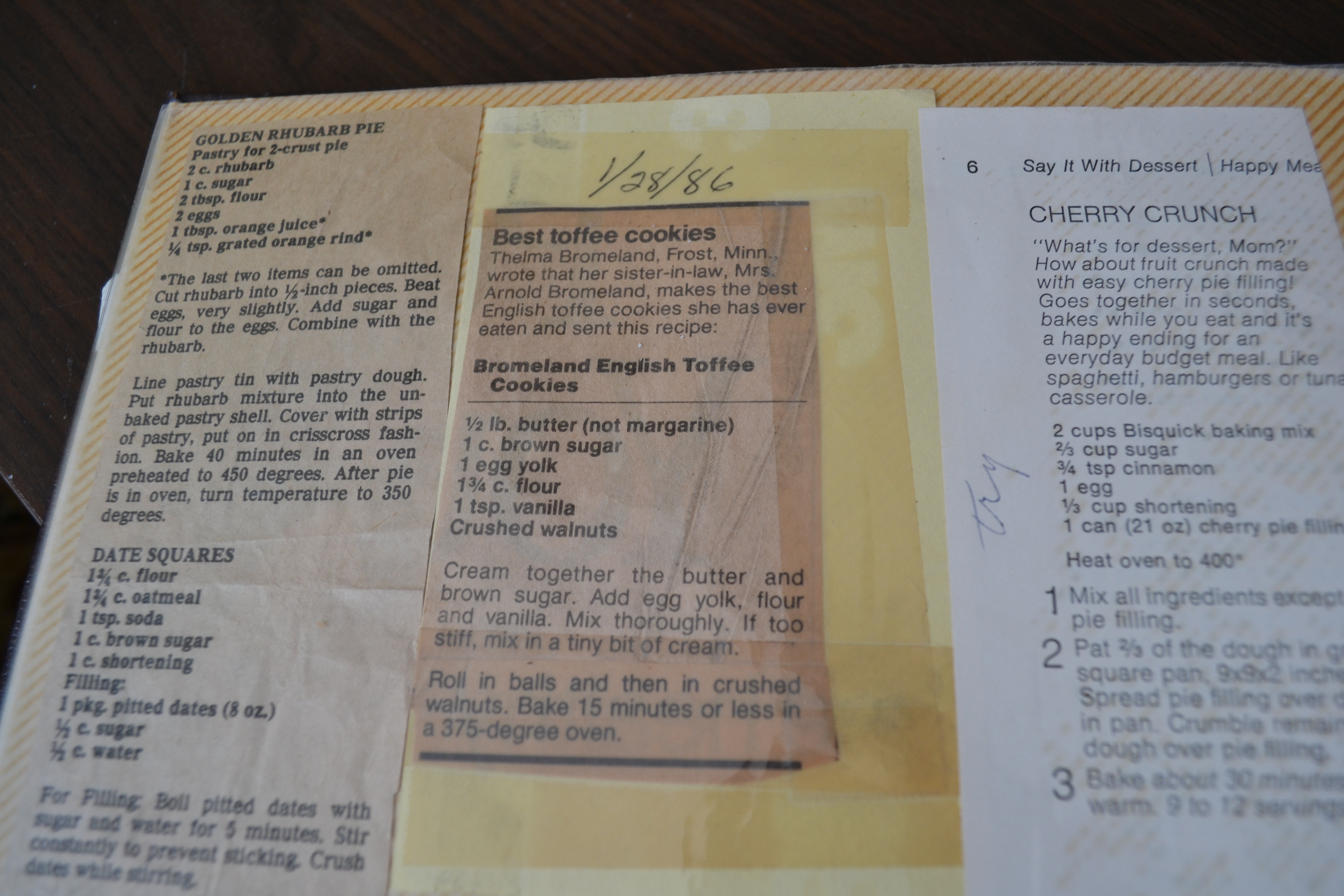 And  I’m not going to try these sugar cookies she marked “No Good!” 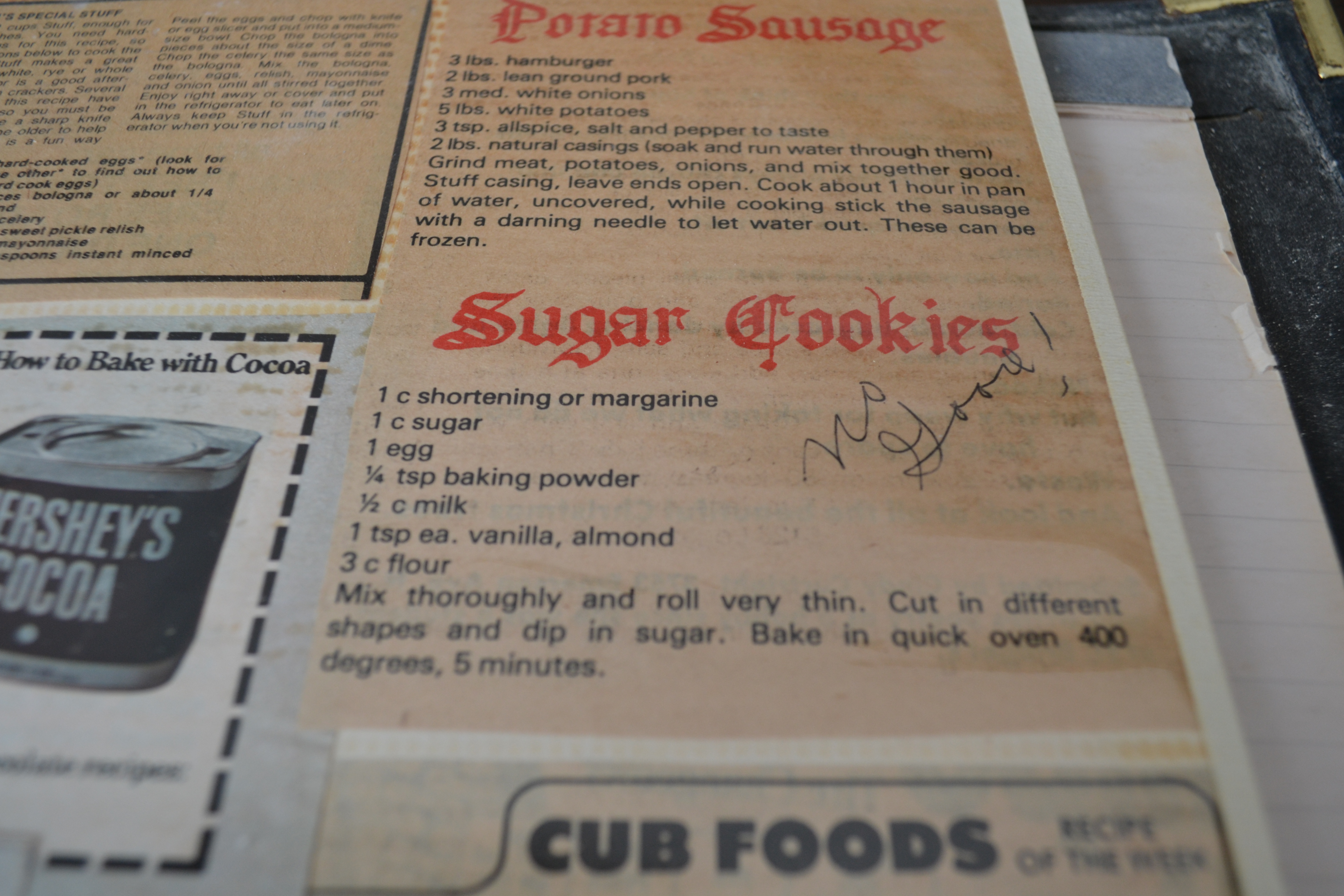 My Great Grandma made traditional kramkake and thee BEST molasses cookies so I was thrilled to find both of those recipes in the book. 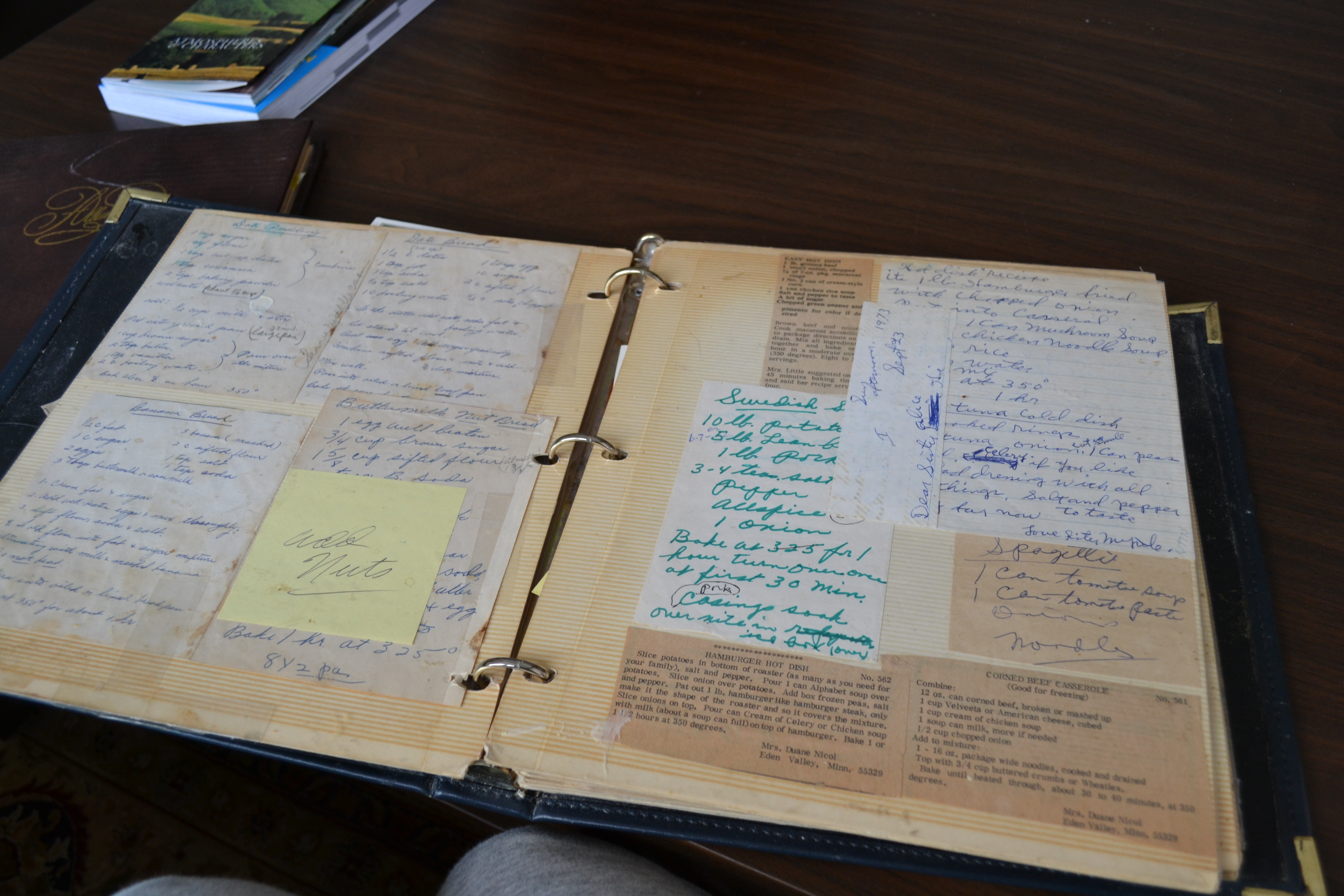 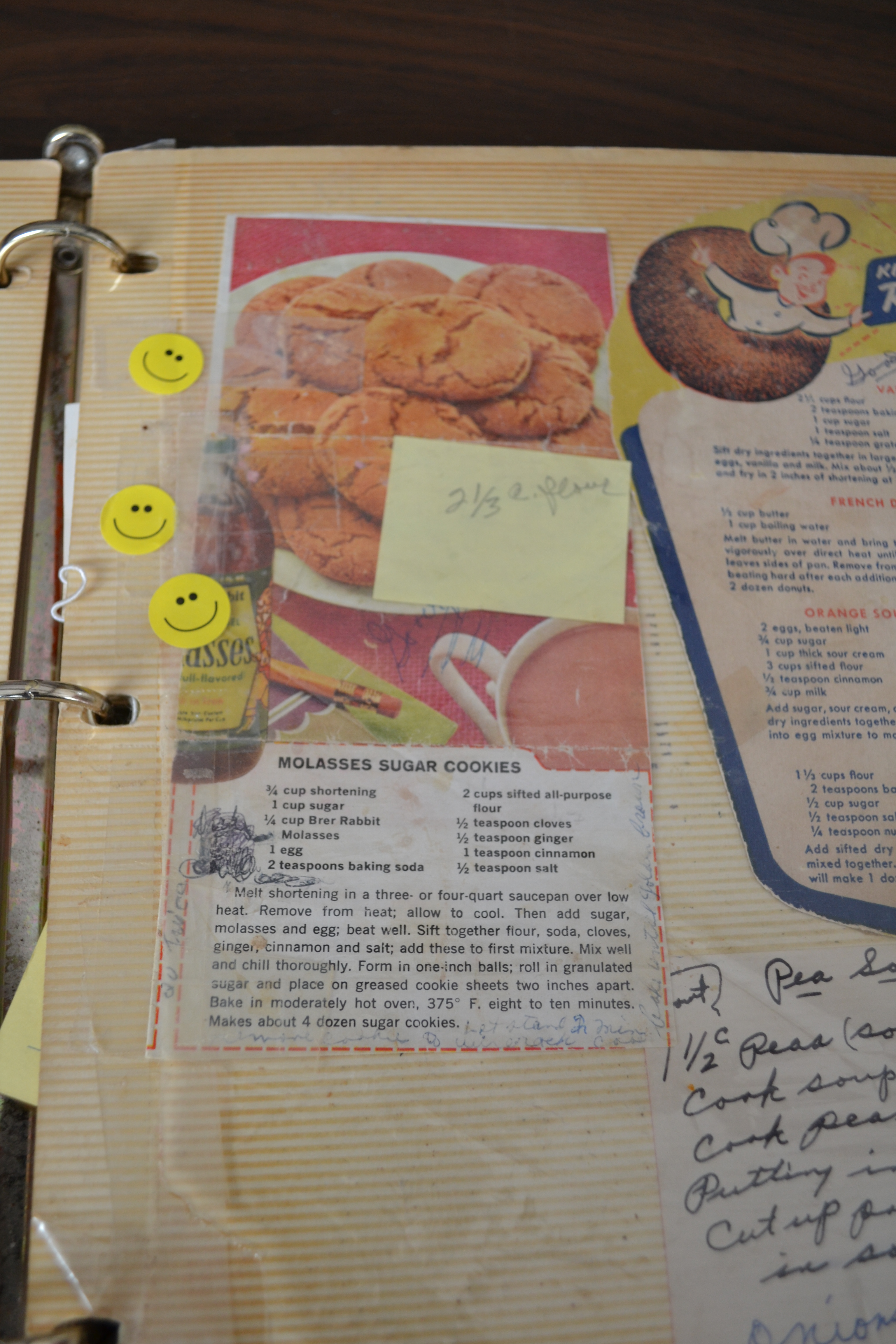 I had a some Ikea Ribba frames that haven’t found a home since we moved in. I like how they are sort of shadow frames. I cut a piece of brown scrapbook paper to size and then arranged the two recipes and a ‘Family’ sticker on it. I made sure to keep all three smiley face intact and of course the note about the amount of flour. 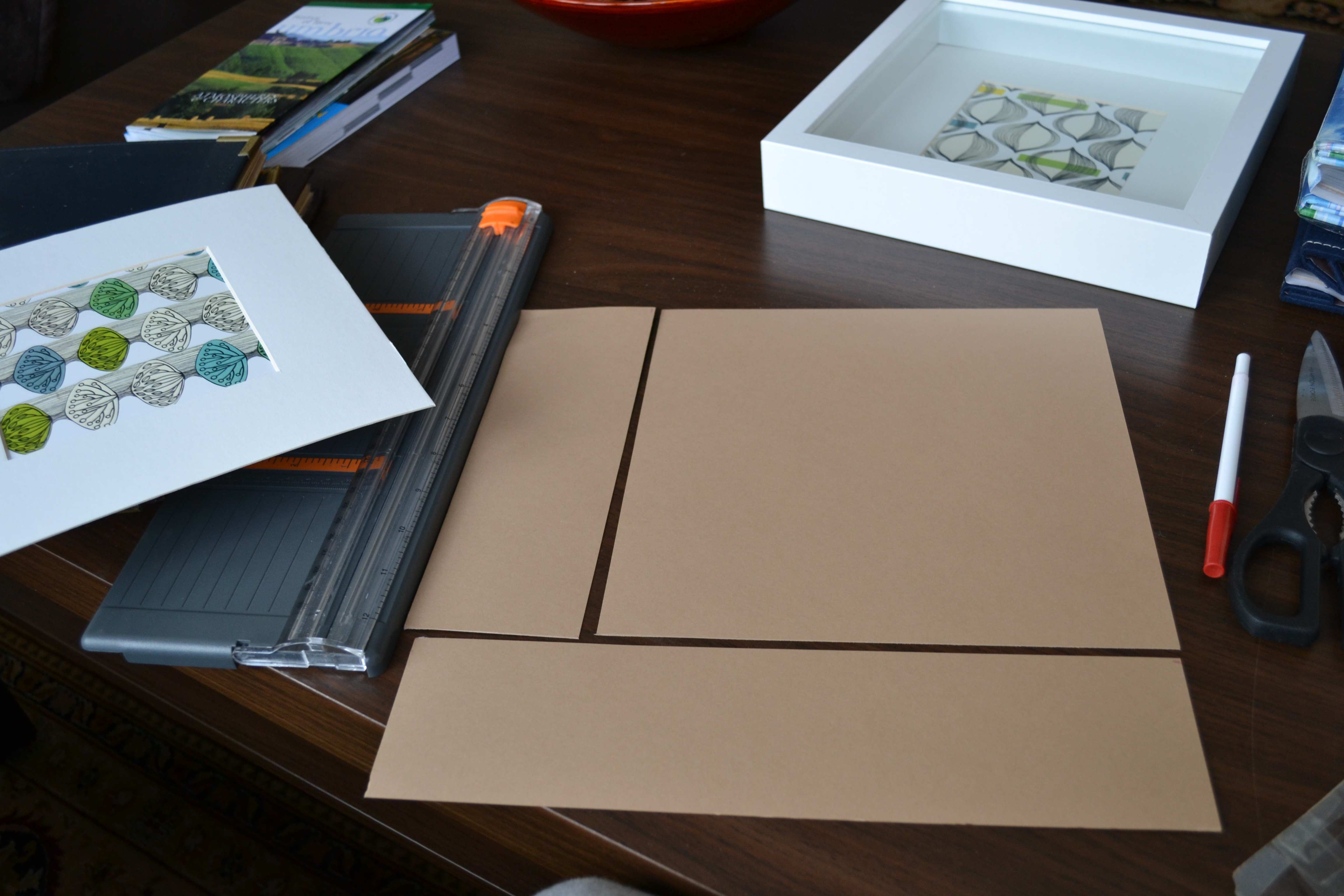 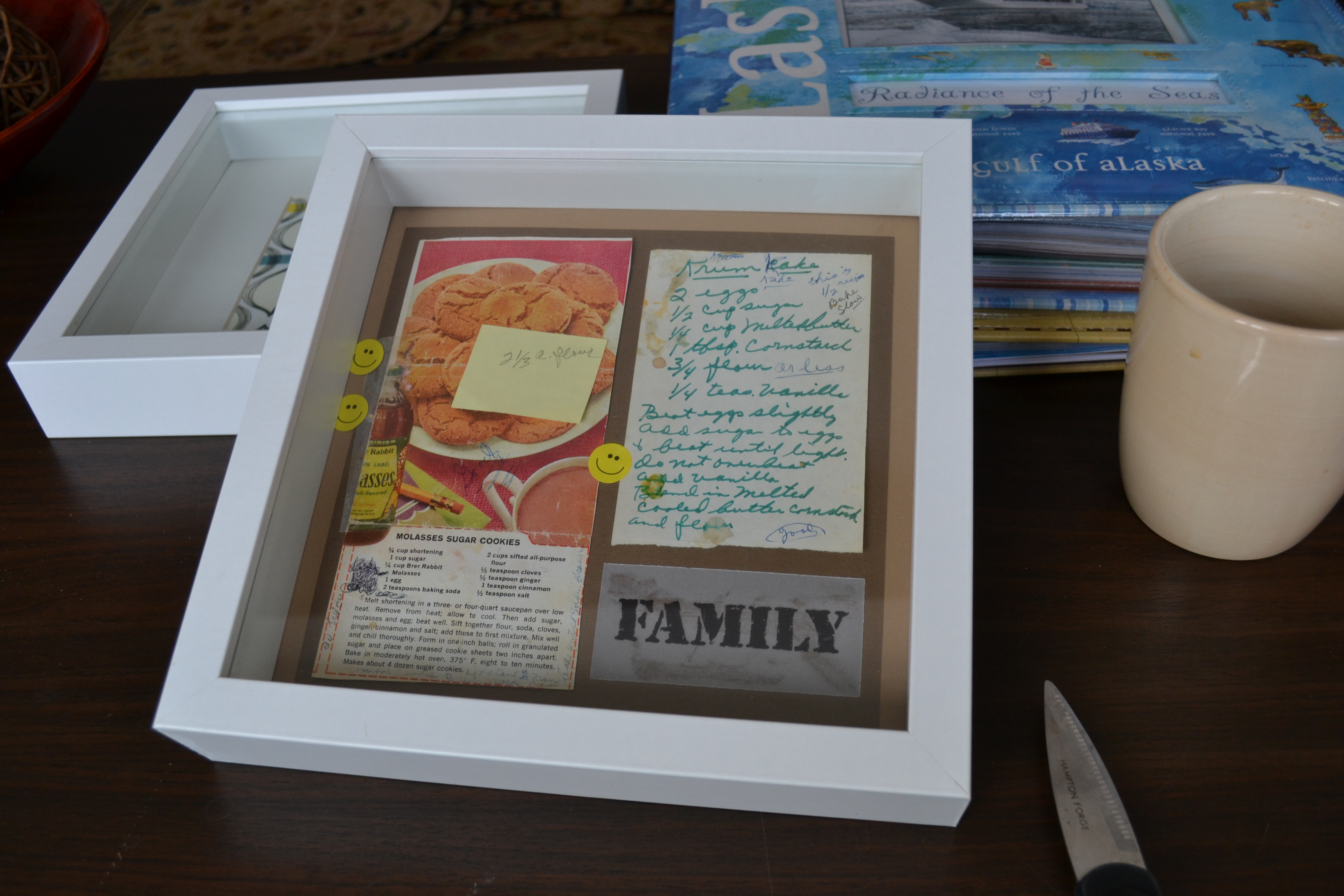 I was too anxious to see it framed so I didn’t let the glue behind ‘family’ dry. How cool is this!?! I want to put it somewhere in the kitchen but I’m not sure where yet. After I had the recipes picked out this project took less than 10 minutes and is super sentimental.