I had these small IKEA mirrors left over from the MPLS house. Combine that with some craft sticks from Michael’s (used a coupon of course!), some tacky glue and a circle piece of plywood (not pictured) I was ready to go. Confession: I took this photo after the project was done, but by it you can tell how few craft sticks I had to use. 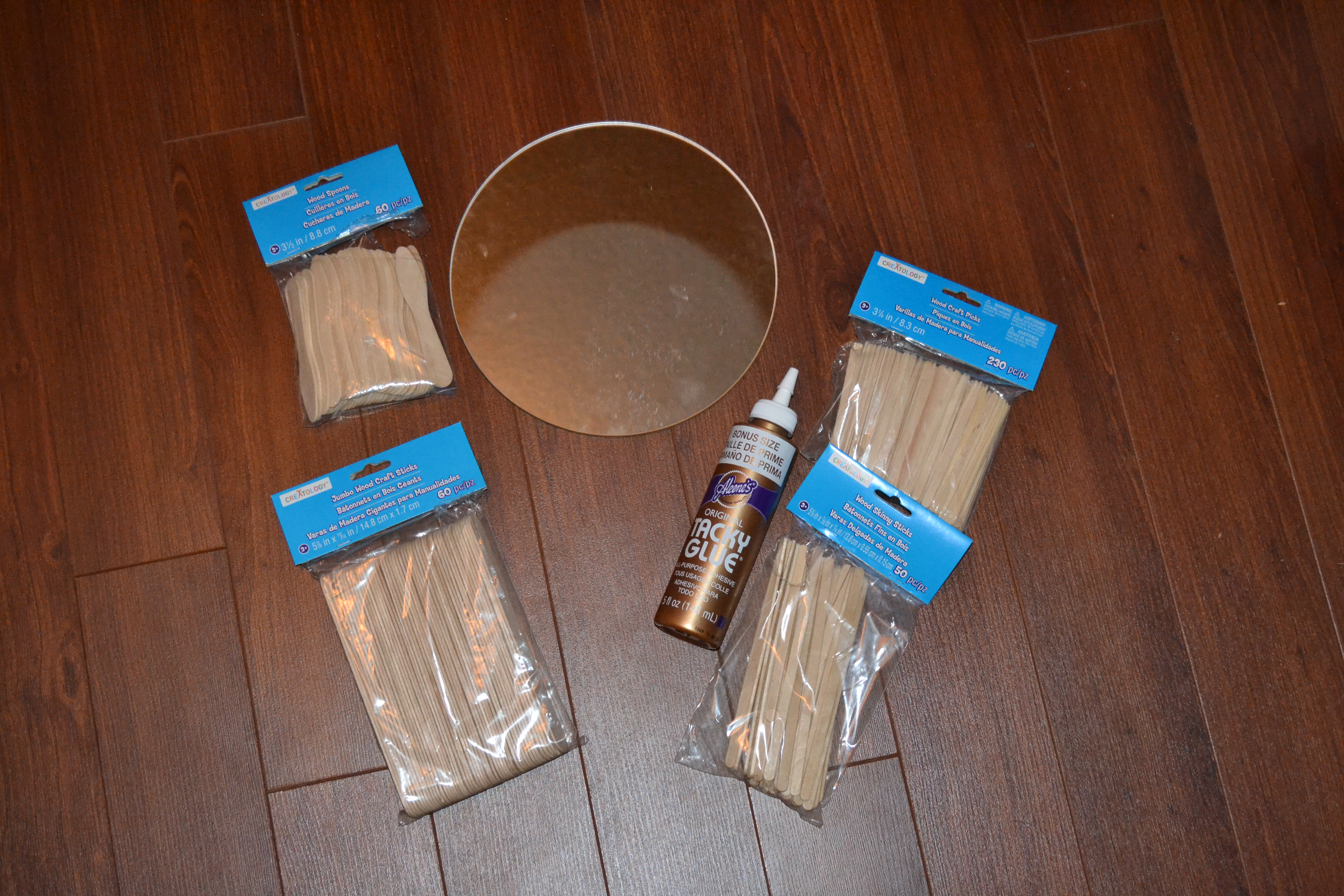 I used the tacky glue to glue the mirror on to the piece of plywood and than I started with the wood spoons (top left) because they are the widest. I randomly placed a bunch of them and then filled in the gaps with the thinner Wood Skinny Sticks (that’s the actual name on the package). Still learning how to use my camera, don’t mind the glare. 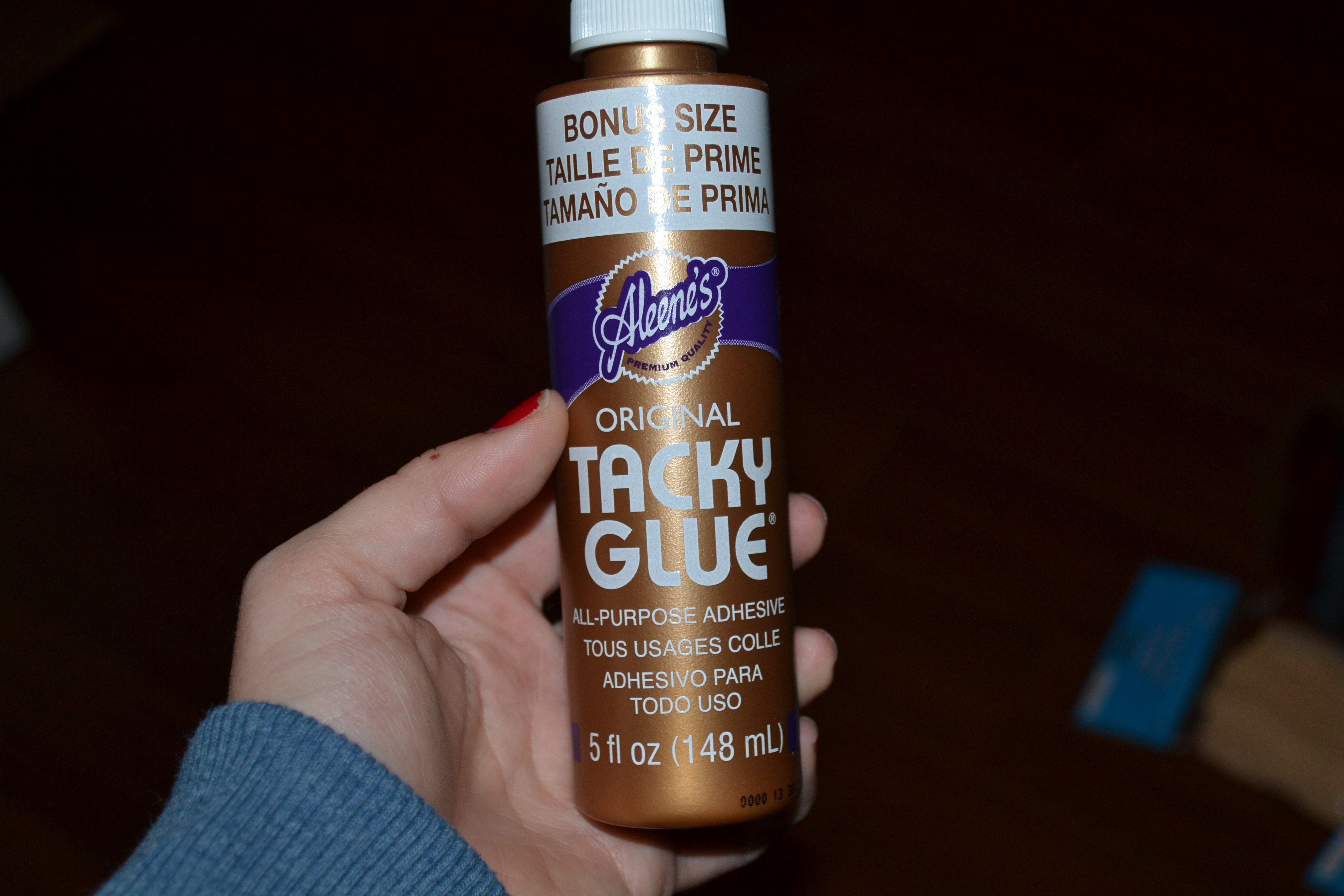 Then I covered up the mirror and spray painted the entire thing a dark brown. I used trusty Rust-Oleum with a matte finish. You can see the outline of the plywood. I got the size by finding a bowl that was the right size and tracing it on a piece of newspaper. I gave that newspaper to nol-dog and that’s how he cut the circle. I want to hang it in the office- but as you can see the office has teddy bear wallpaper. It’s on the listy listy to remove but not high on our priorities. Therefore I’m not hanging anything because I know it’ll just create another nail hole to fill and sand later on. Oh and that map of St. Lucia in the wrong sized & cheap frame?!… plans for that too. Maybe this? 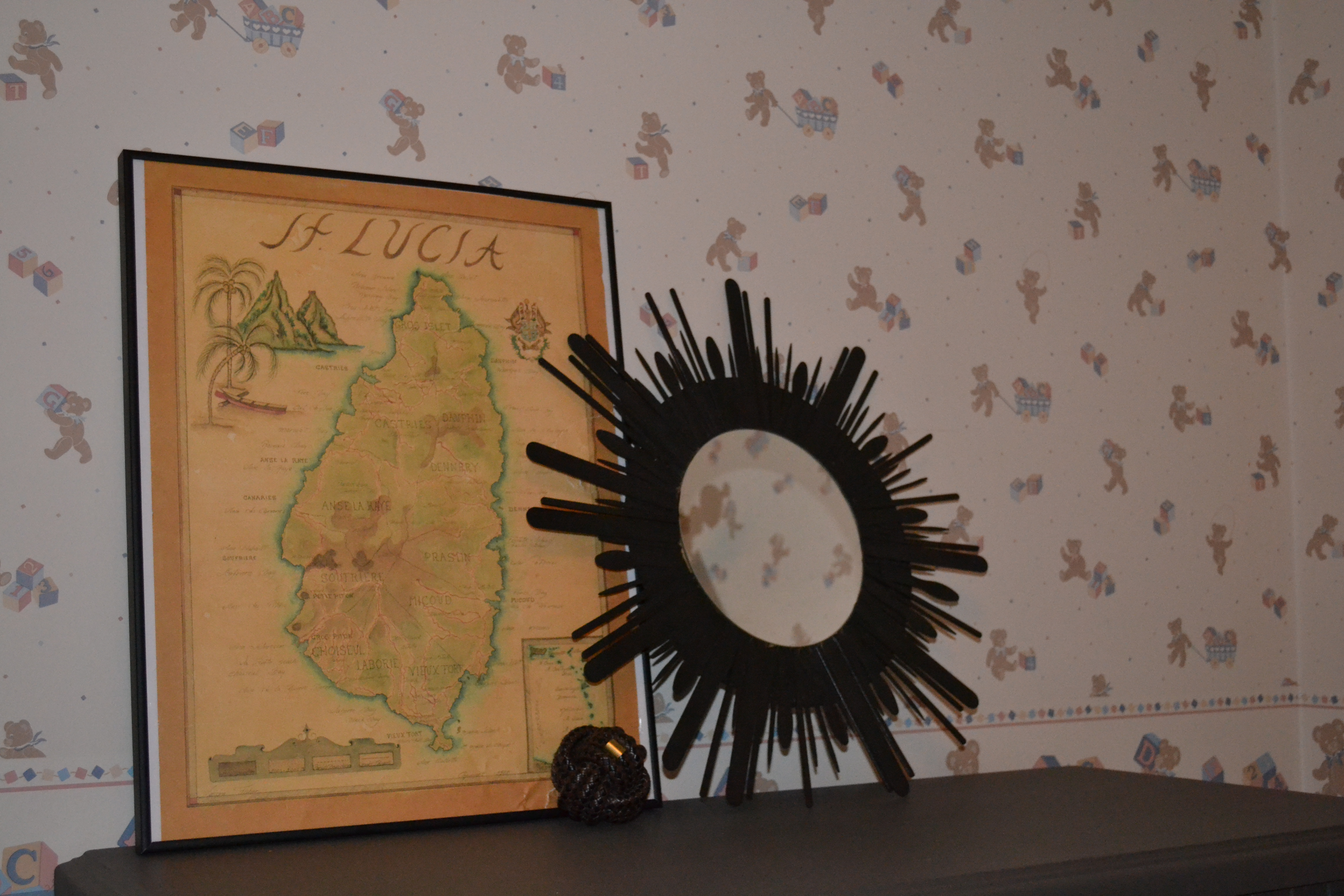 One thought on “Crafty – Starburst Mirror”