I took this picture last winter and it’s one of only a few before pictures I have of the old deck. We had a couple reasons for redoing the deck: 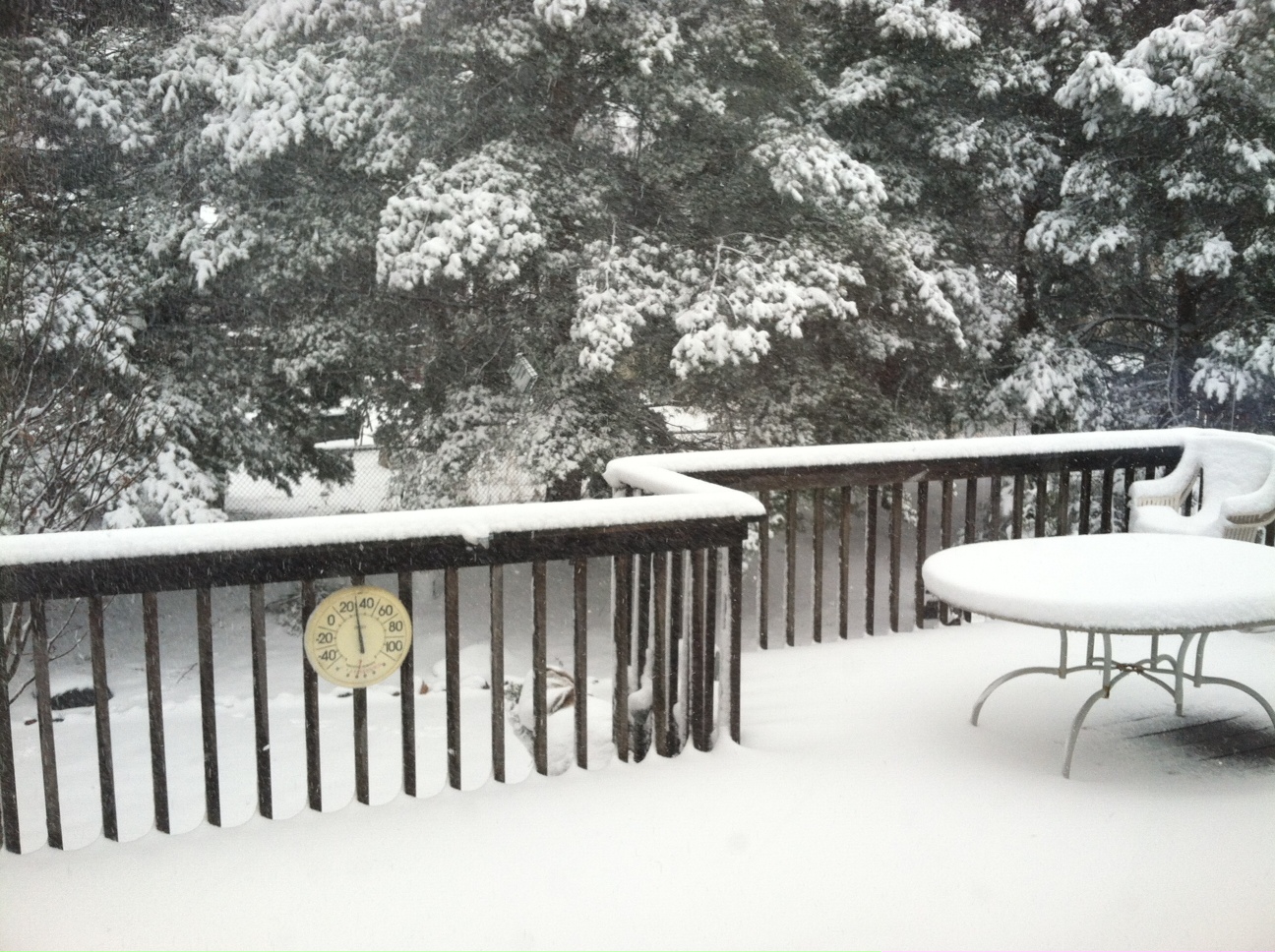 I used my fancy iPhone to take this wide angle photo. This was after we removed all the railings and when I say we, I mean Jeff, Nolan’s step-dad. Without his help the deck would have never gotten done. While he lived here he had built 2 decks, so this was the 3rd and hopefully last deck he builds on this house.

Here is a photo of the far Southeast part of the backyard. There were 6 huge pine trees that dominated the backyard. In the photo above you can see how much privacy they provided but they also shaded half the yard, therefore leaving just a small area of grass that Sophie promptly destroyed. The pole? It’s for a clothes line. 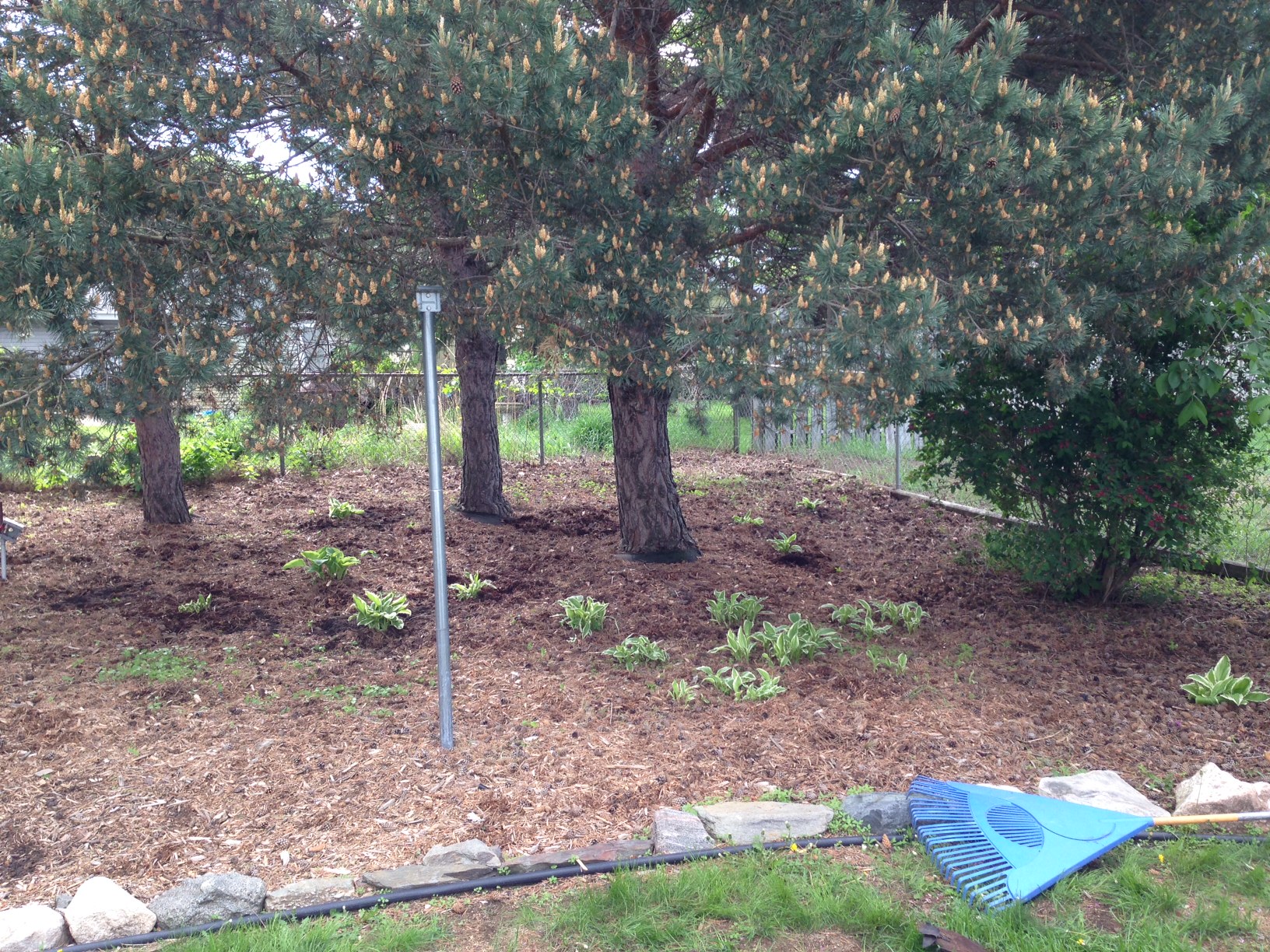 We hired Nolan’s uncle to come cut them all down. It was sort of sad because there was nothing wrong with them, other than the fact that they had invaded our entire backyard. Here is the pile of branches and stumps in our front yard. 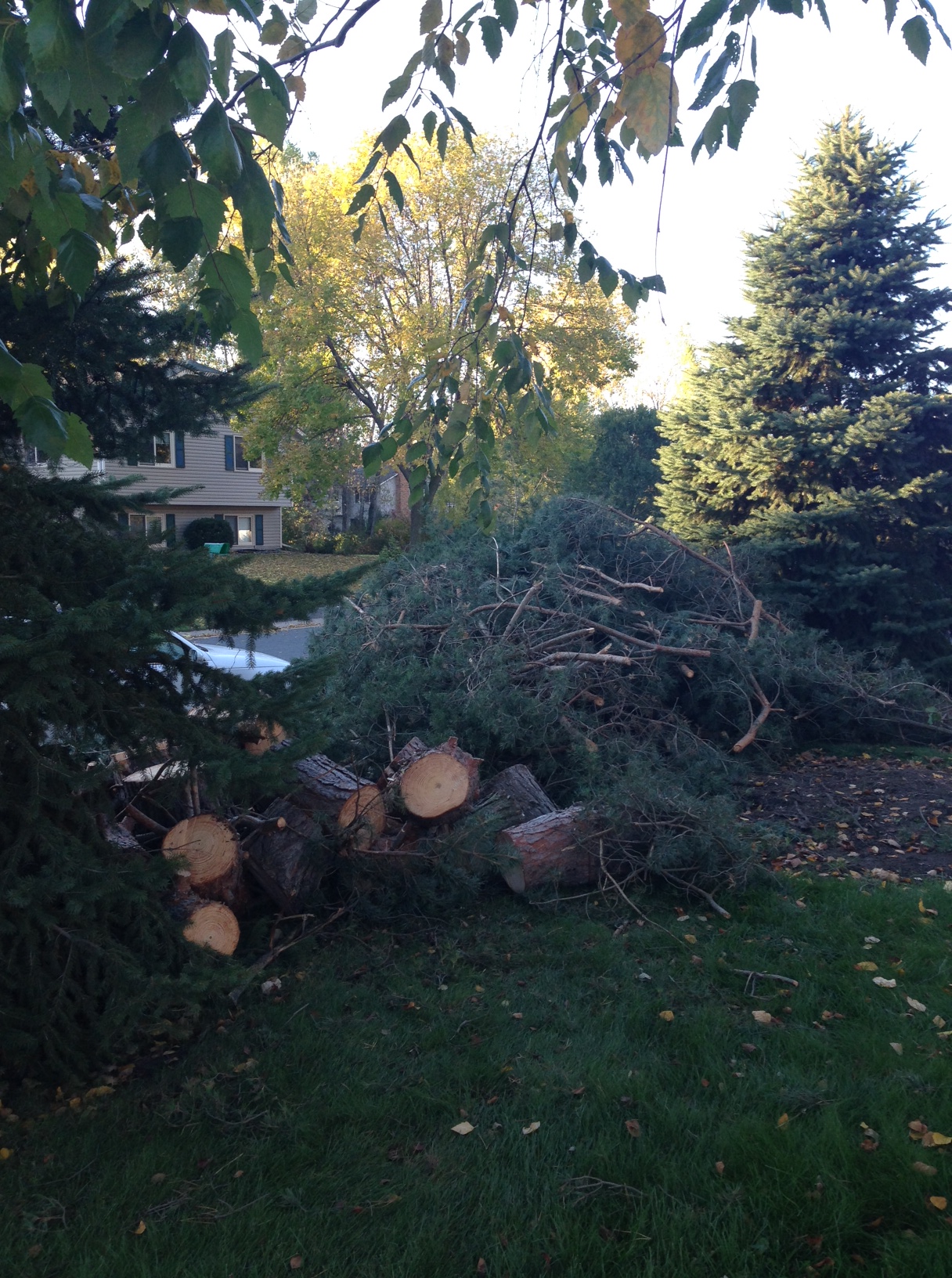 I made my MIL stand by the pile just for perspective’s sake. I love her smile. 🙂 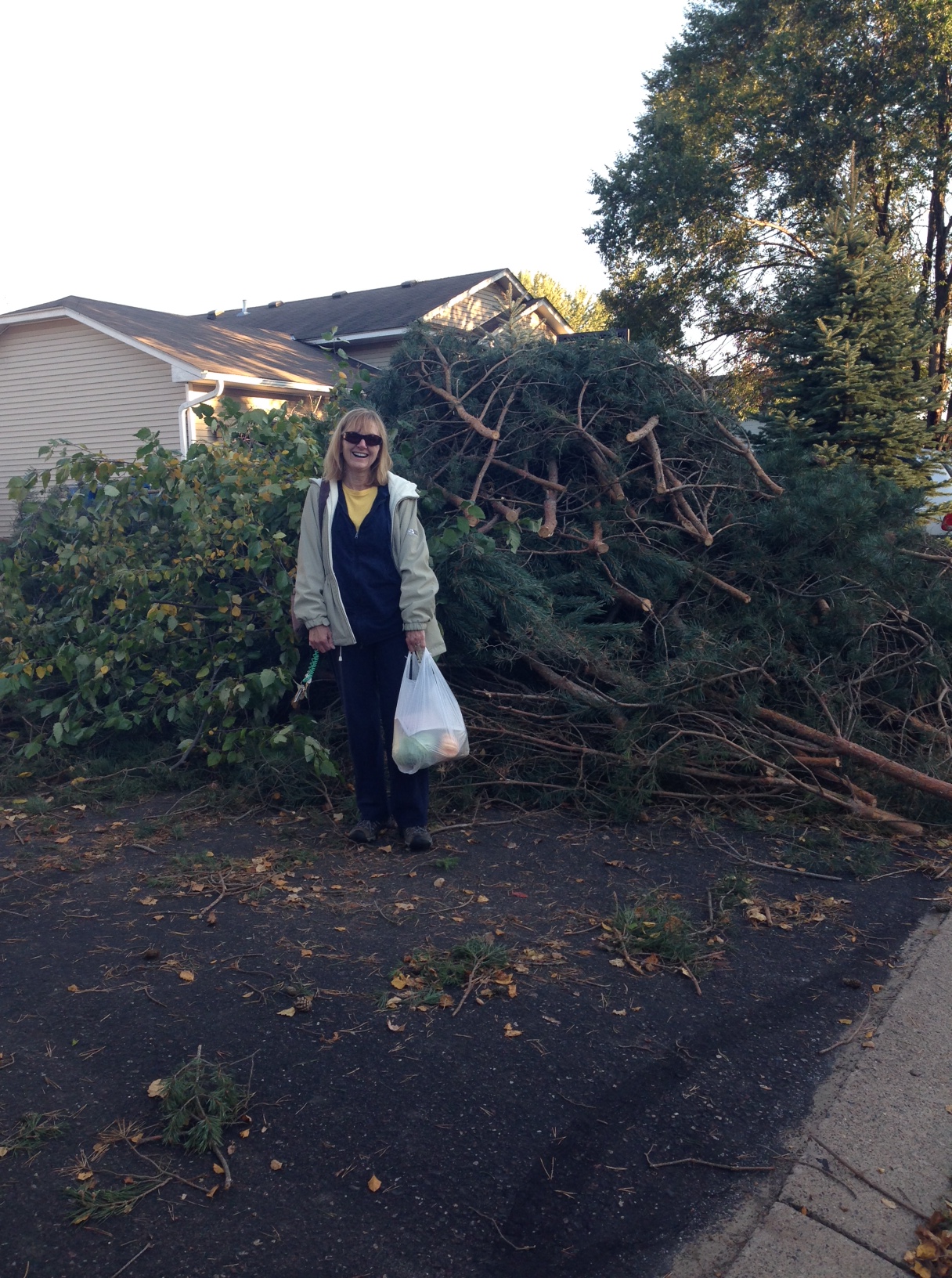 6 thoughts on “Deck- Before”