Note: After reading this post from House*Tweaking about referring to her husband as Steve, rather than HH (Handy Hubby), I’m following suit. When I started blogging about a month ago I thought nol-dog would be a fun way to refer to Nolan. In reality, I never call him that and I got in the habit of not capitalizing it, so it’s got to go.

Speaking of Nolan… We’ve been sort of following the traditional wedding anniversary gifts. I’m really not that sappy; I had our anniversary engraved on my ring so that I won’t forget it. To the point: Per the Chicago Public Library Librarians, an appropriate 4-year anniversary present is an electrical appliance!! 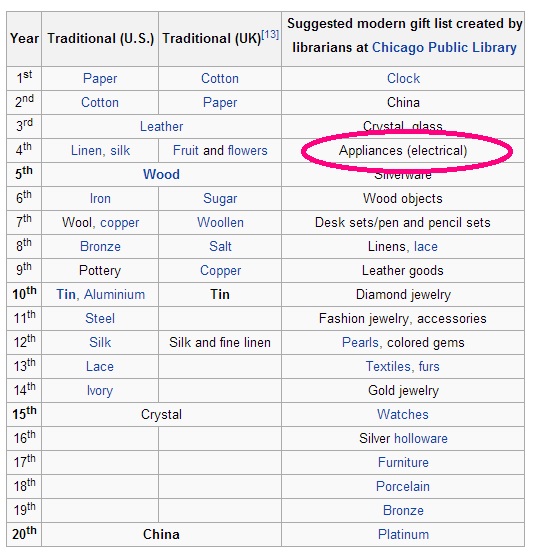 This isn’t the sort of thing you surprise someone with though. “Happy Anniversary Honey, here is a microwave!” But the way to a man’s heart is through his stomach, no?