This past weekend I binged on Deuce Cities Henhouse. I binge on blogs like I binge on TV shows. I save up several good ones and then watch/read them all in one weekend. Anyway, between crafty projects like this, I read about their Drano issues. And it reminded me of our own clean-out issues at our old MPLS house. (I also laughed really hard this post– totally something I can see Nolan and myself doing.) 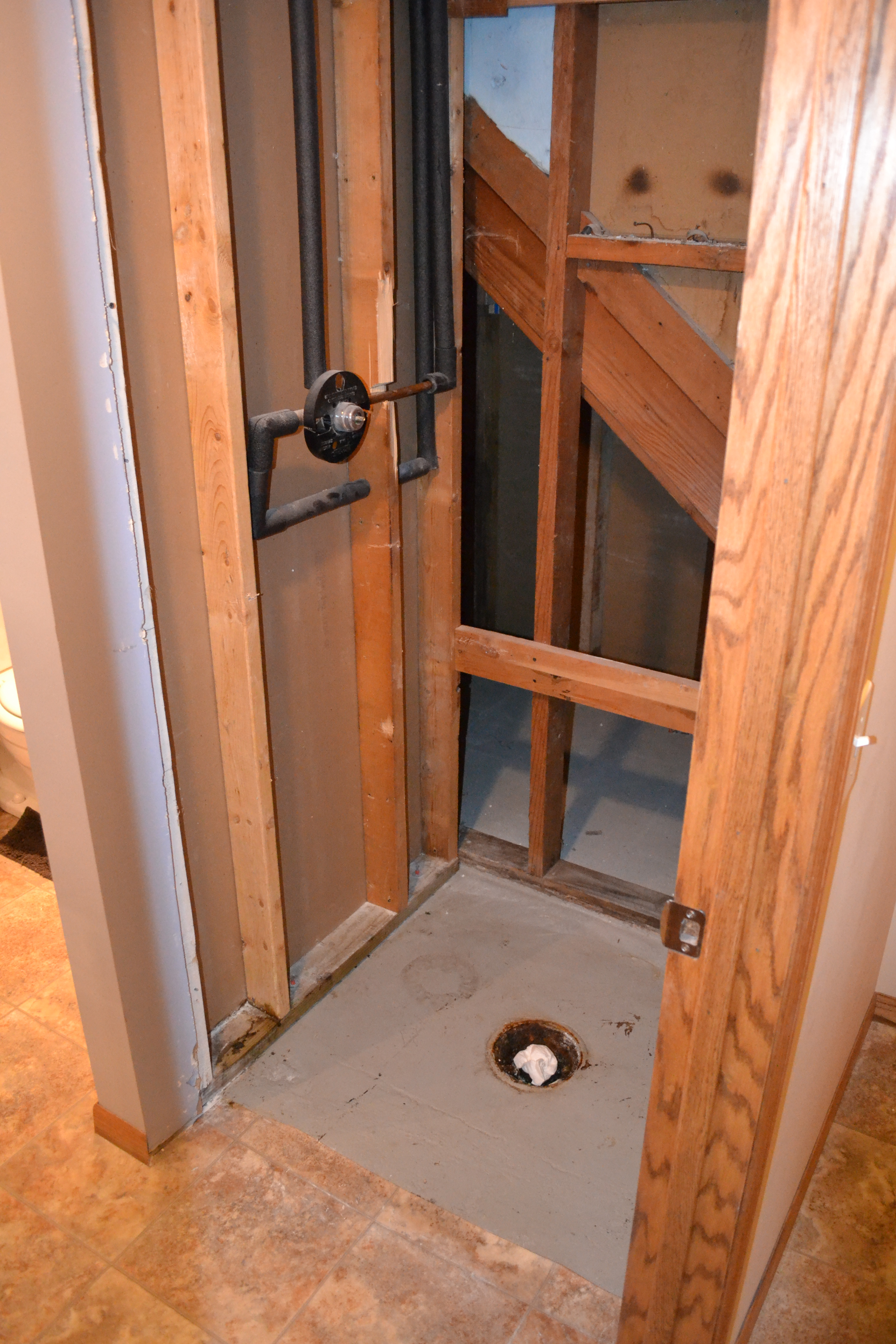 We had to take the carpet out, remove the sheetrock like 2 feet from the floor—ALL around the basement, and then pay the pros like $2-3K to put in drain tile to waterproof it. (They also told us that when Mr. Shotty finished the basement there was no way he didn’t know the basement had water because there were stains from several years…curse…curse…curse) Oh and then we had to re-sheetrock, tape, mud and paint everything. Welcome home! (By me, I mean the usual, Nolan & Jeff.)

The plumbing issue was in the basement too, surprise, surprise. Mr. Shotty himself installed it and decided that there was no need for a clean-out or drain trap. It worked fine until it started smelling really bad. Like really bad, Sophie knew something was up and would often be found sniffing and scratching at that door. (The back of the shower was accessible through the room with the water heater.)

We put down all sorts of traps in the water heater room, thinking it was just mice. No dice. The thing ripped a bunch of the sheetrock paper off the wall and started eating the garbage bag we had the top of our Christmas tree stored in. Nolan got down on his hands and knees with a flashlight to look under the shower. He saw the things eyes, screamed like a little girl and ran out. Even this electronic rat trap didn’t do a thing. 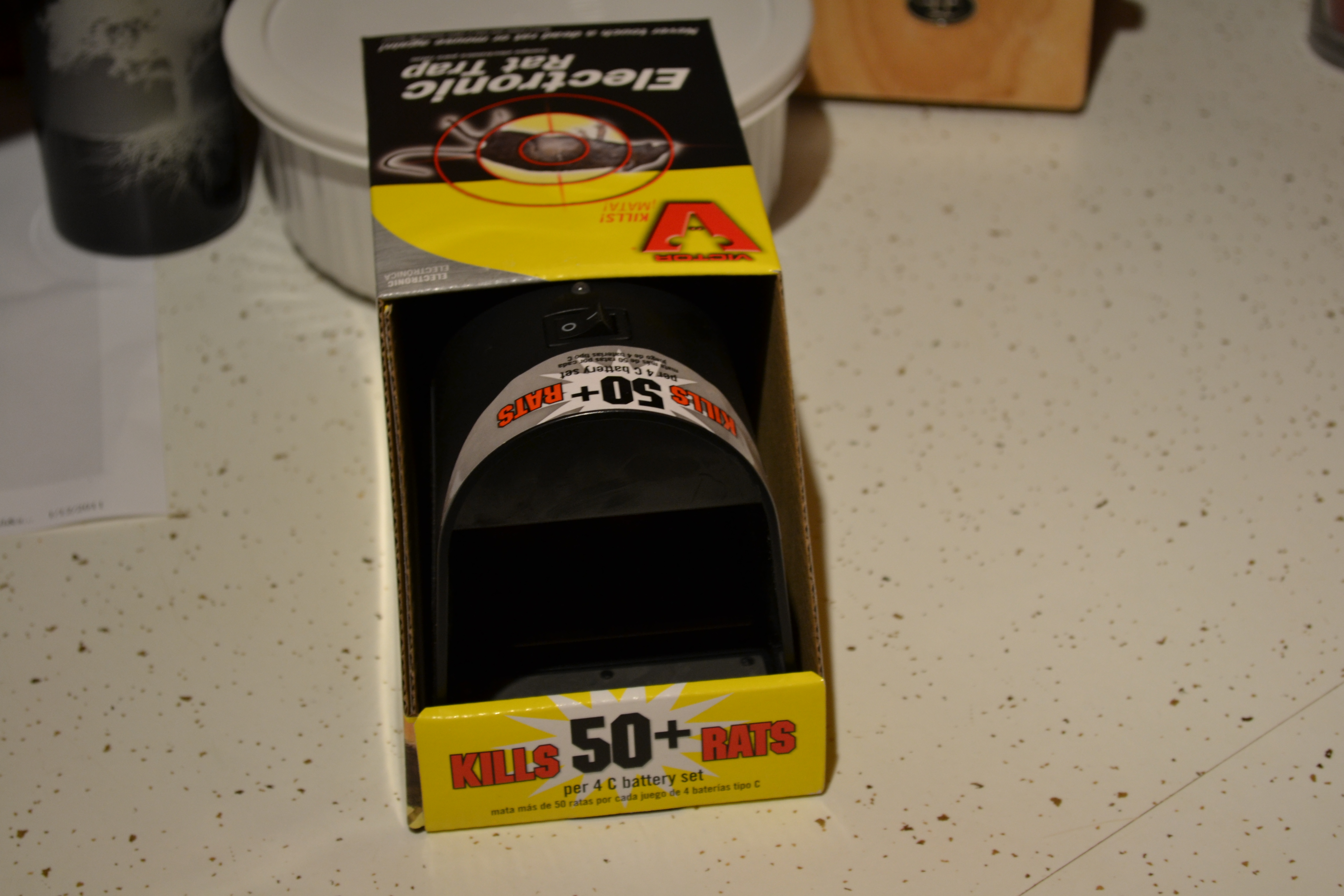 That’s when we called Nolan’s uncle to come over to try to get it. The guy has like 100 lives (the U wanted to do a study on him as to how he could possibly still be living). So, whatever pesky animal or thing was down there wasn’t going to kill him. Plus he’s super funny and up for about any challenge so it seemed a good hire. Nolan gave him like a broom, flashlight and basically pushed him into the tiny room and closed the door on him. It was funny & scary & gross at the same time. Still, nothing.

Finally the smell was so bad we had to rip the shower out. Jeff came over to help. 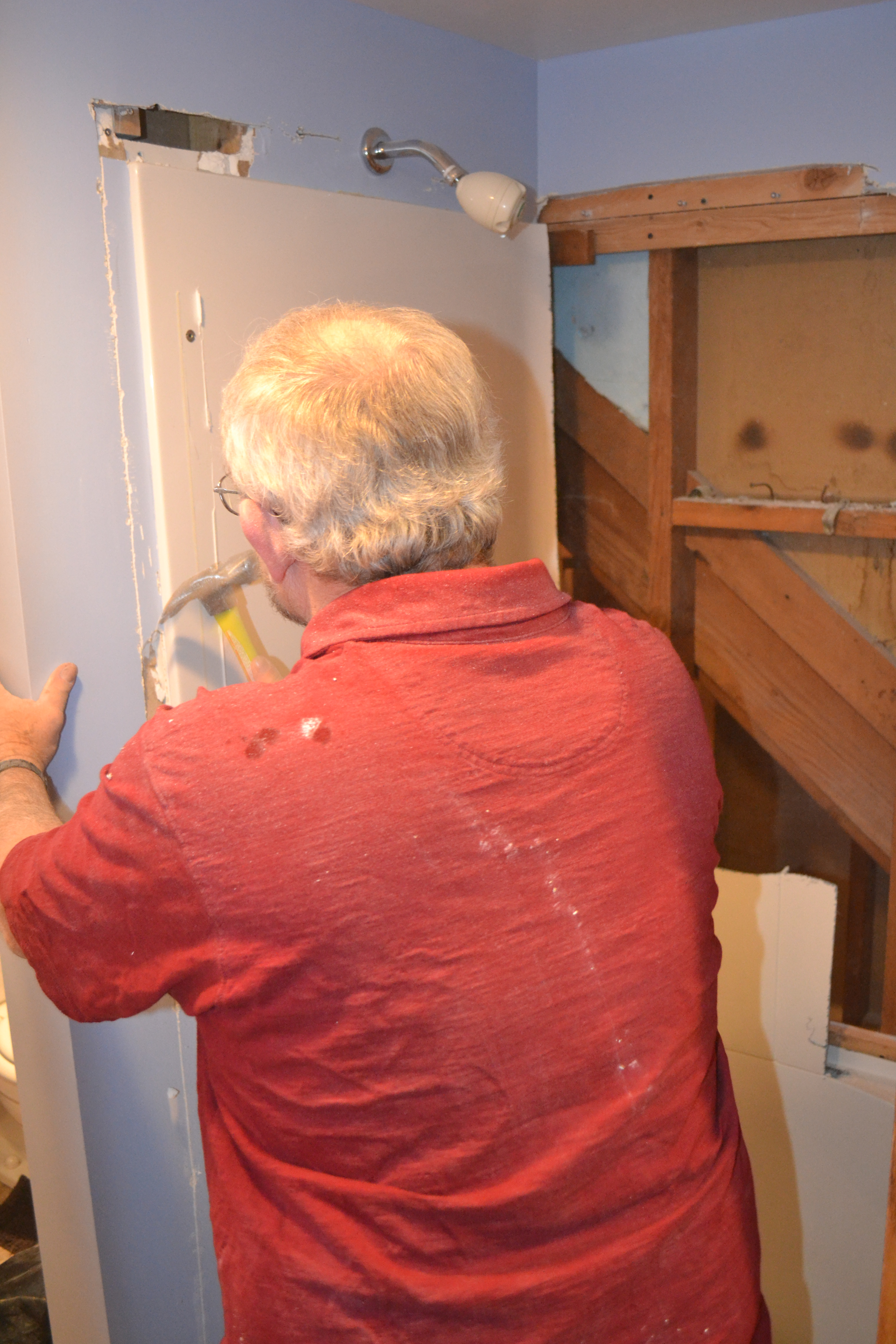 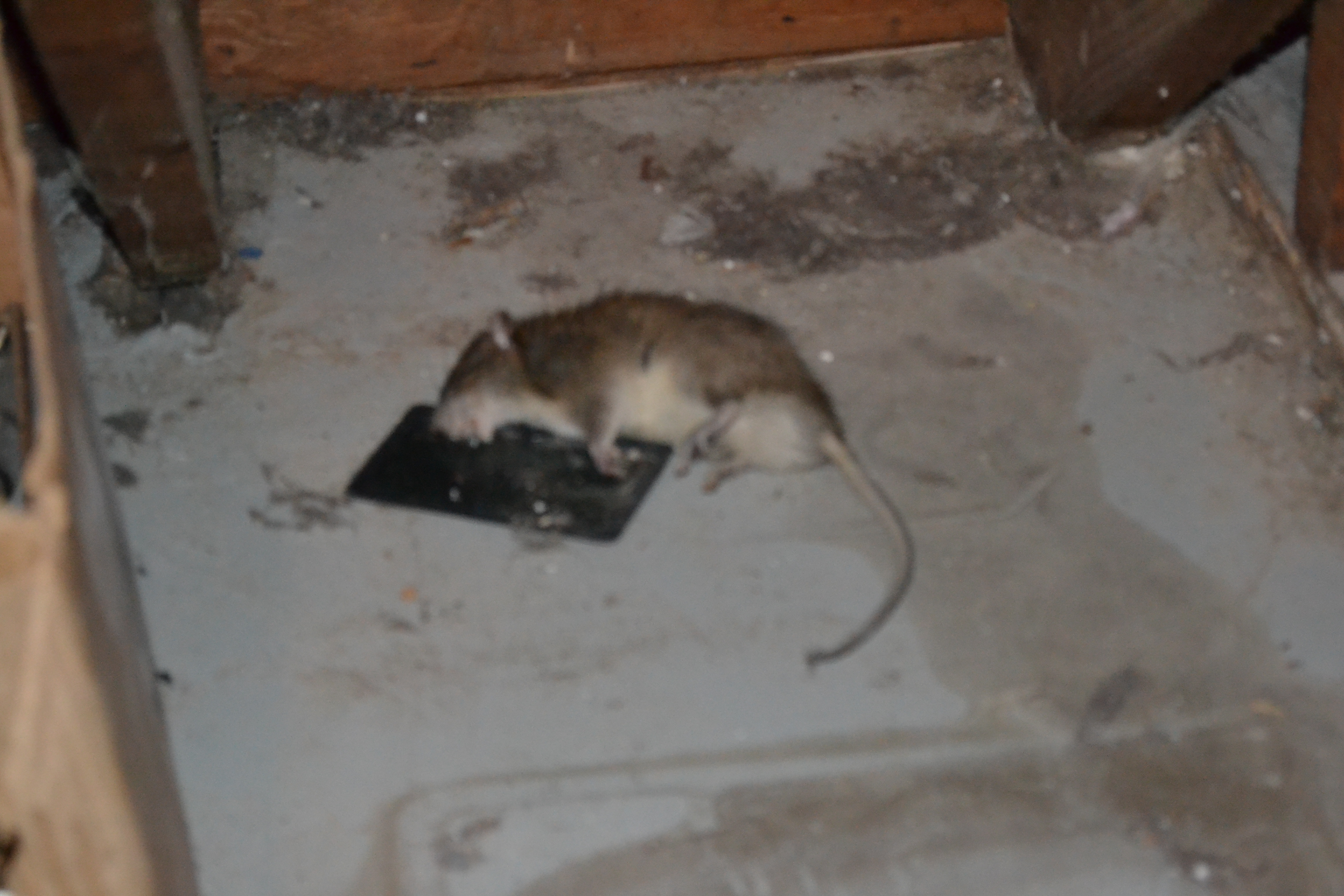 Two rats had climbed up through the pipes to our shower drain because there was no cleanout ball thingy to stop them. R#1 climbed out and lived in our little basement room until he died under the shower (pictured above). R#2 was too fat and got stuck in the pipe and died there. Sort of a Romeo & Juliet sort of ending, no?

I wanted to package them up and send it to Mr. Shotty on a hot summer day. Instead Nolan snapped a couple photos and we bought a clean out trap/ball thing. Moral: Don’t buy a house from Mr. Shotty.