I upholstered this footsie field, I mean, footstool recently. 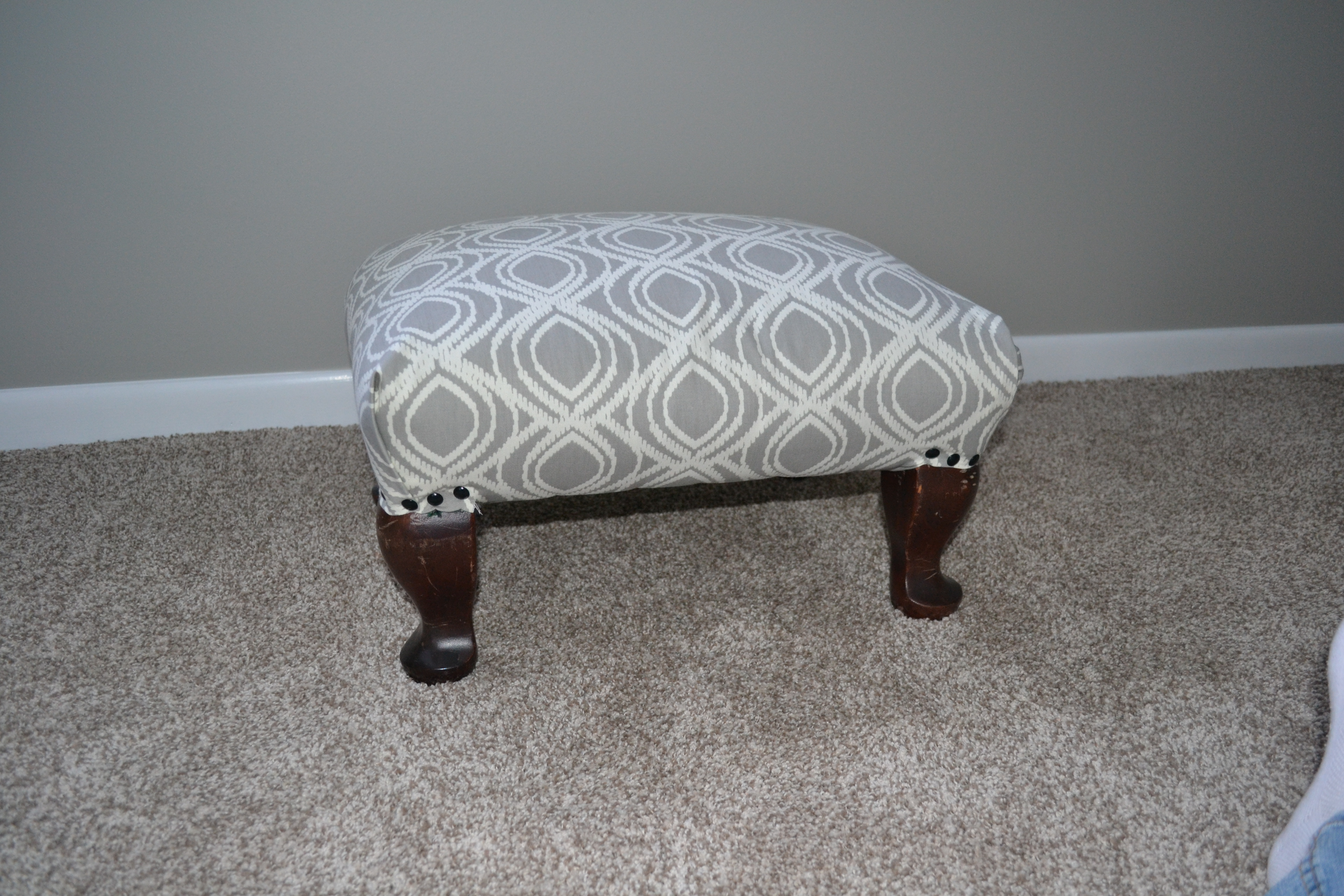 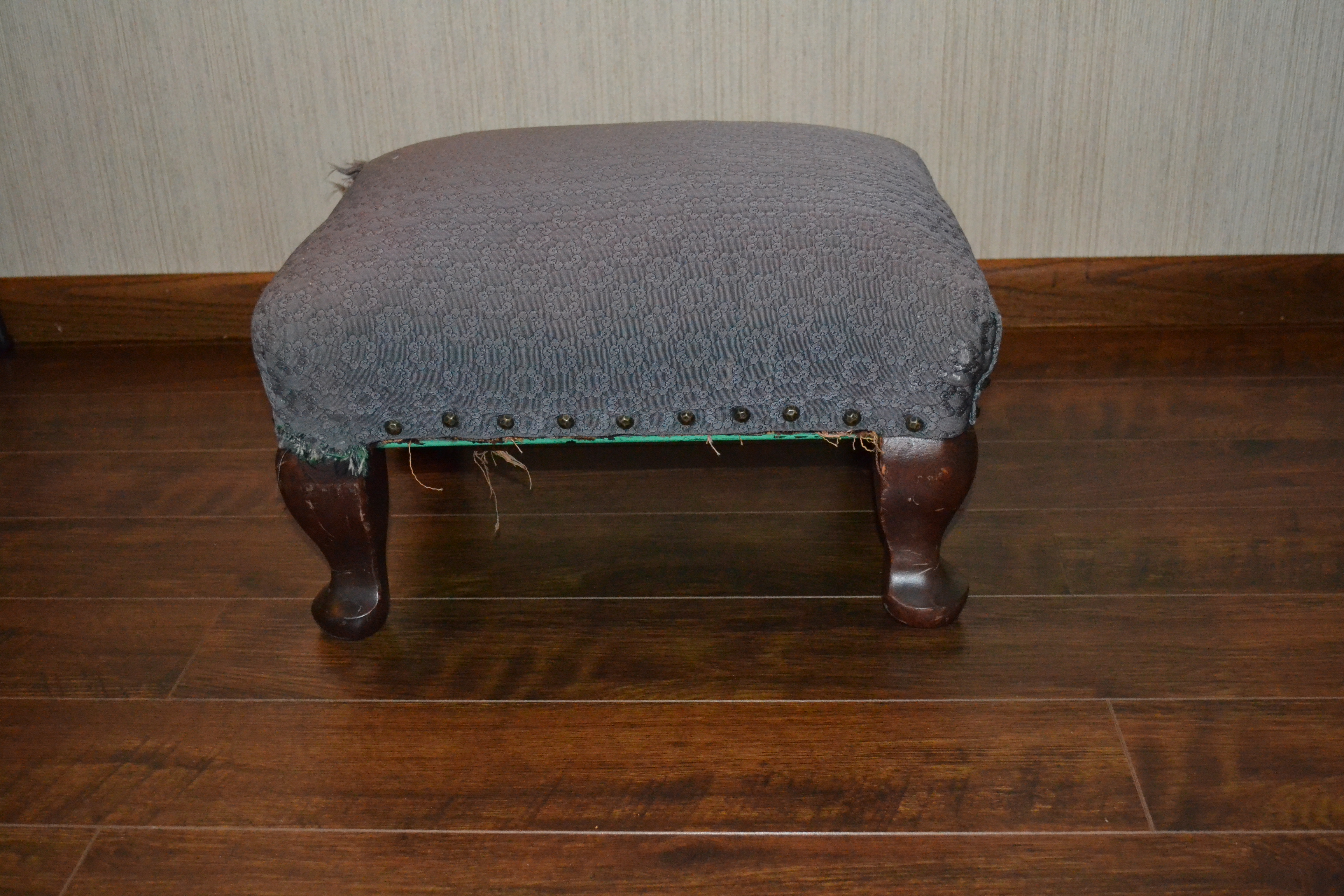 Nolan’s great-grandpa made this footstool and over the years it has been reupholstered several times. You can see it’s gone through some wear and tear but the structure is still good and check out them legs! 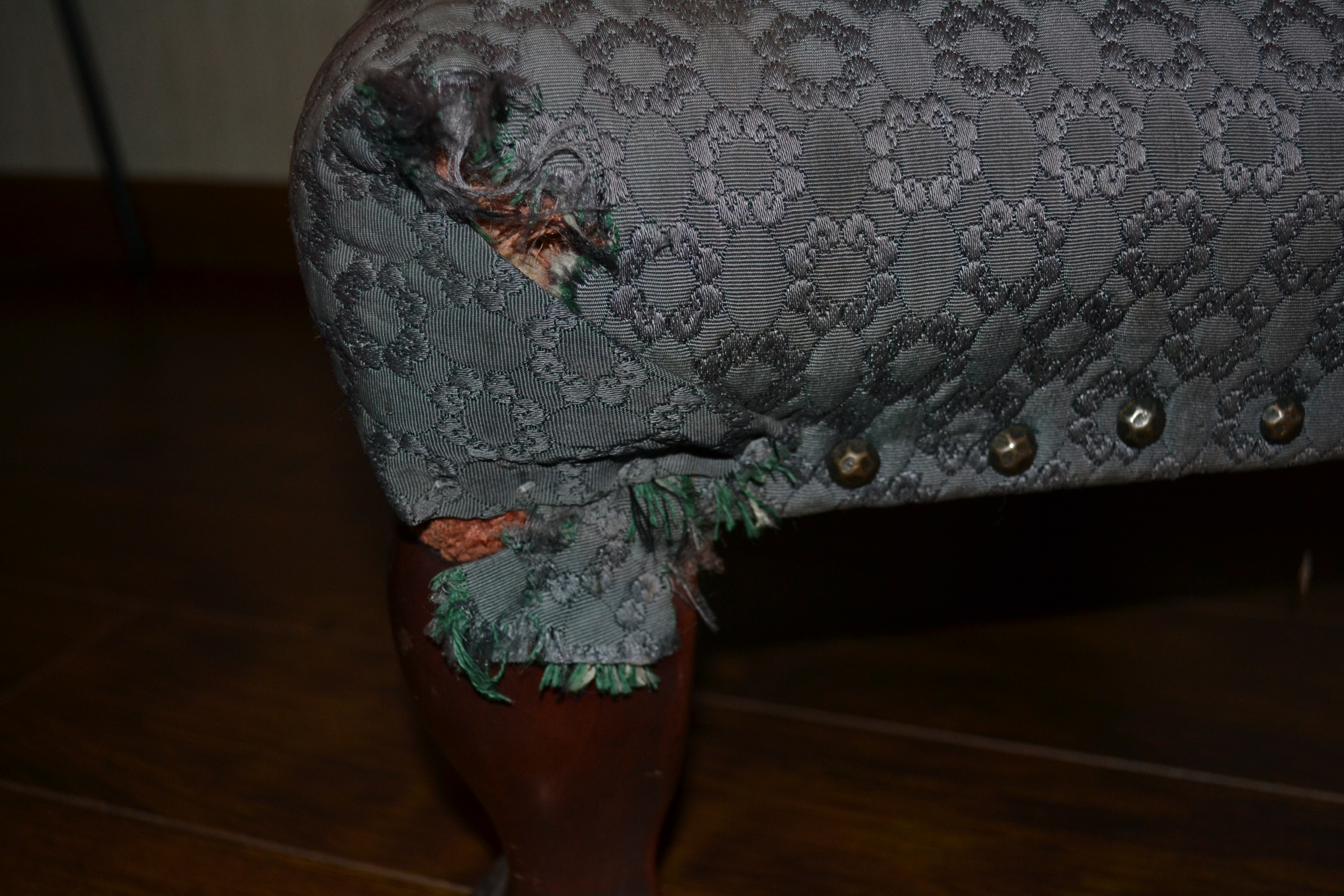 After reupholstering the thing I pass no judgement. At the last corner I just wanted it done and almost finished it with the same technique. 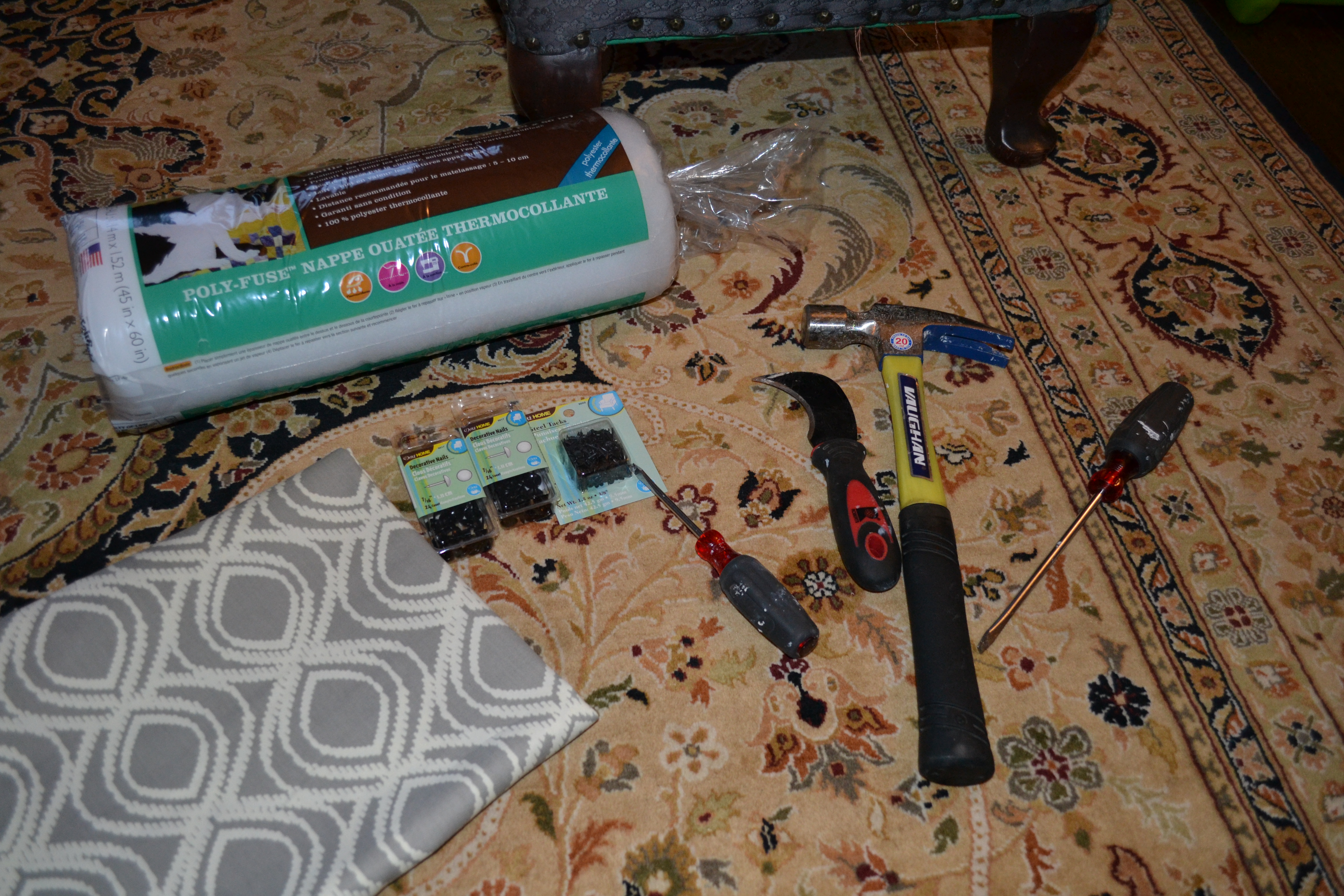 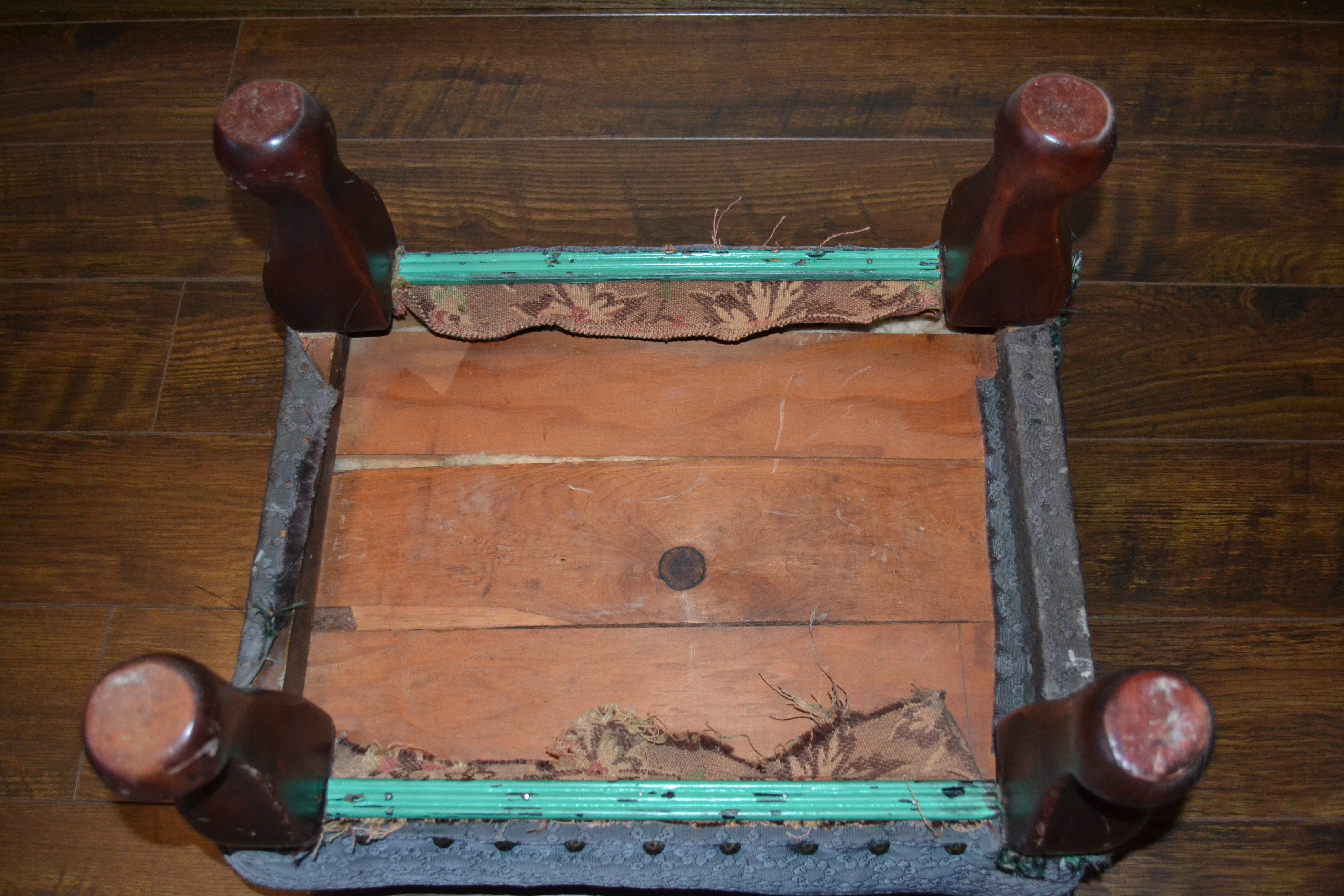 Previously it was just a re-cover operation because the legs are nailed into the base. I think the “right” way is to remove the legs and old fabric and then reupholster it, but I like that you can see the previous fabrics. Nolan even remembers the brown, flowery fabric. Rather than fudging up history I thought I’d follow suit with another re-cover. I also think it’s sort of cool to put another layer of history on it aaaannnd I’m lazy like that. 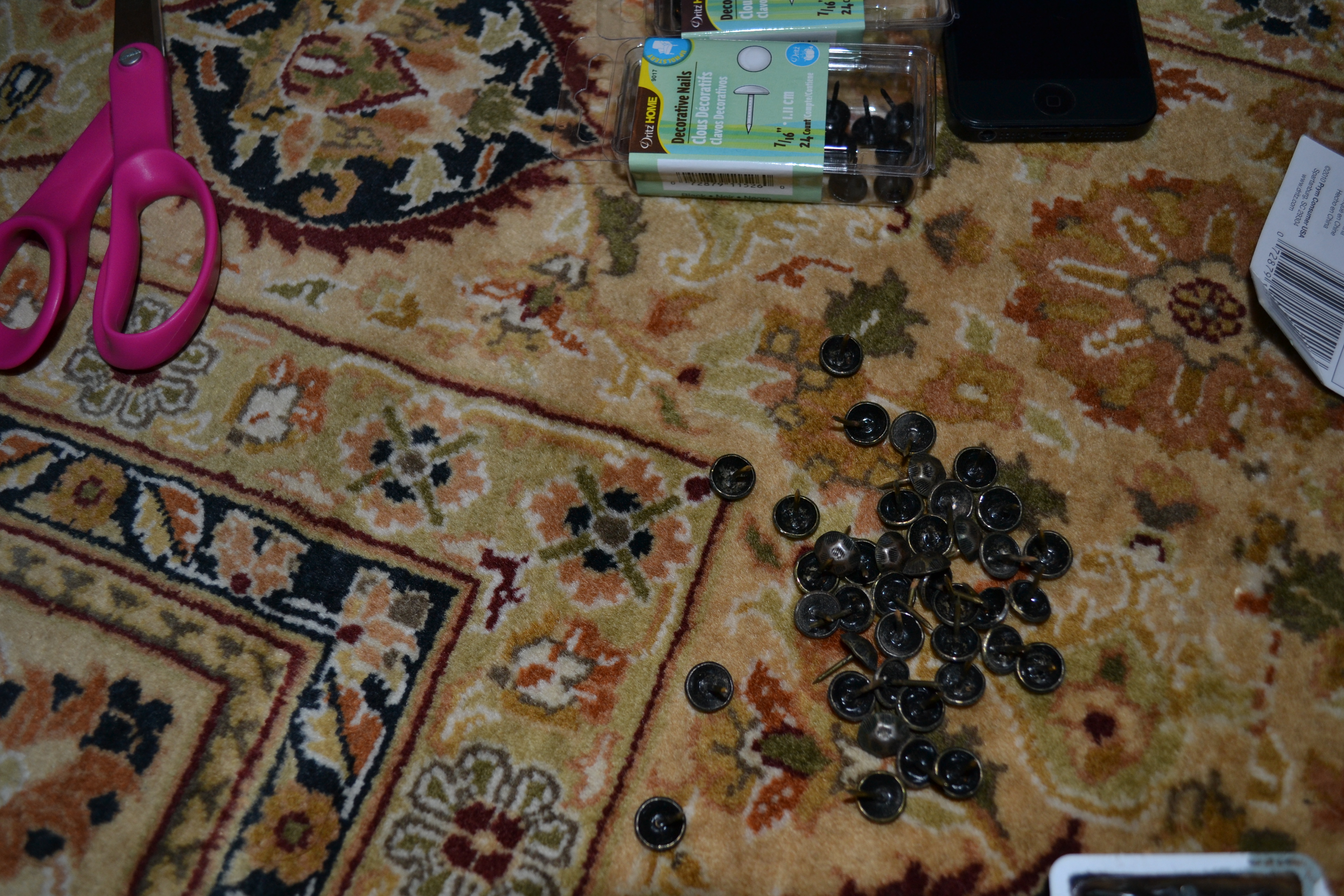 First I removed all the old nailheads. They come off relatively easy with a screwdriver. I thought I could maybe re-use them but most were bent pretty bad. 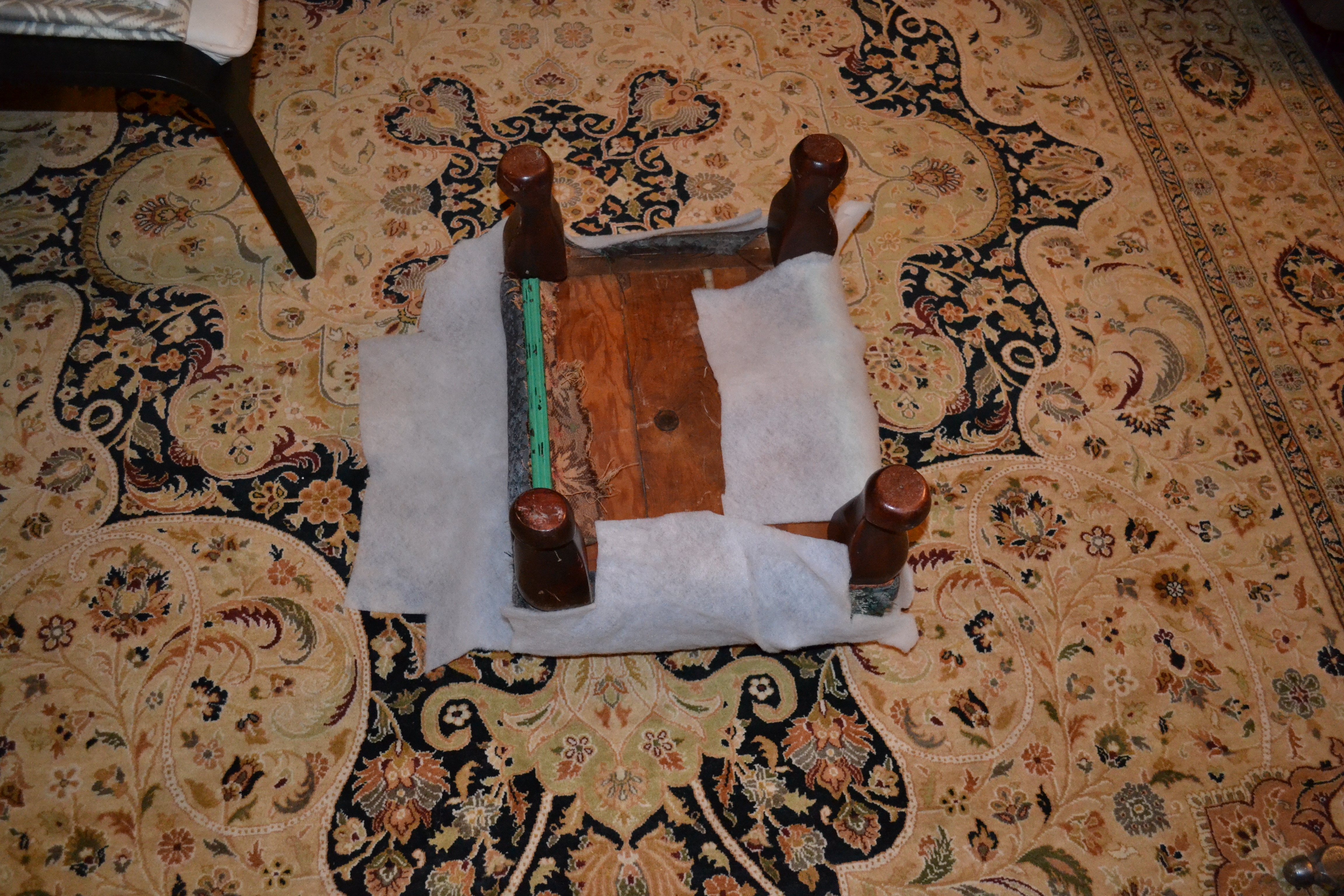 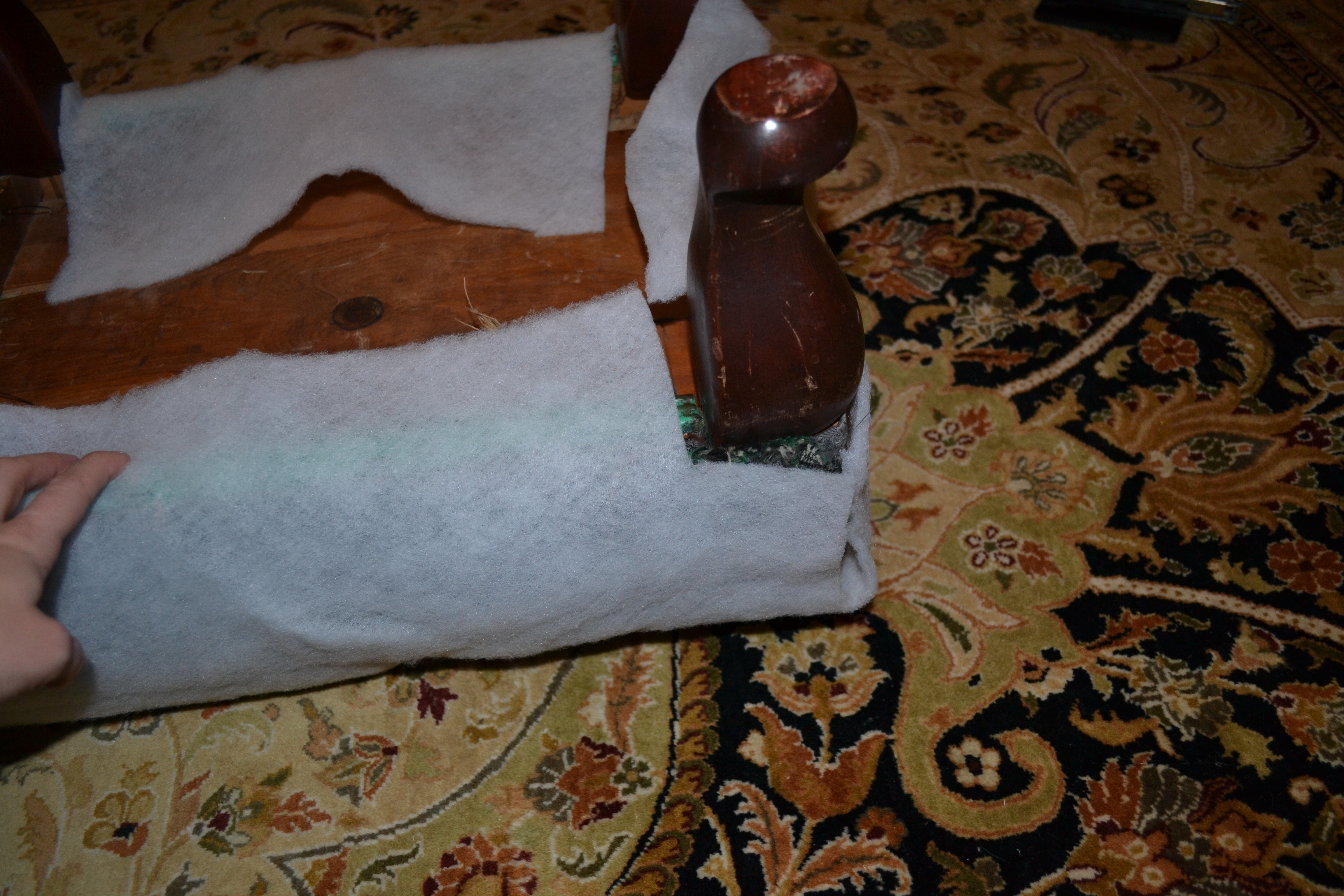 So after cutting the batting I used the stapler to staple it all down, Nolan helped with this part. I over-cut everything; it’s always easy to cut fabric away than it is to add it back. 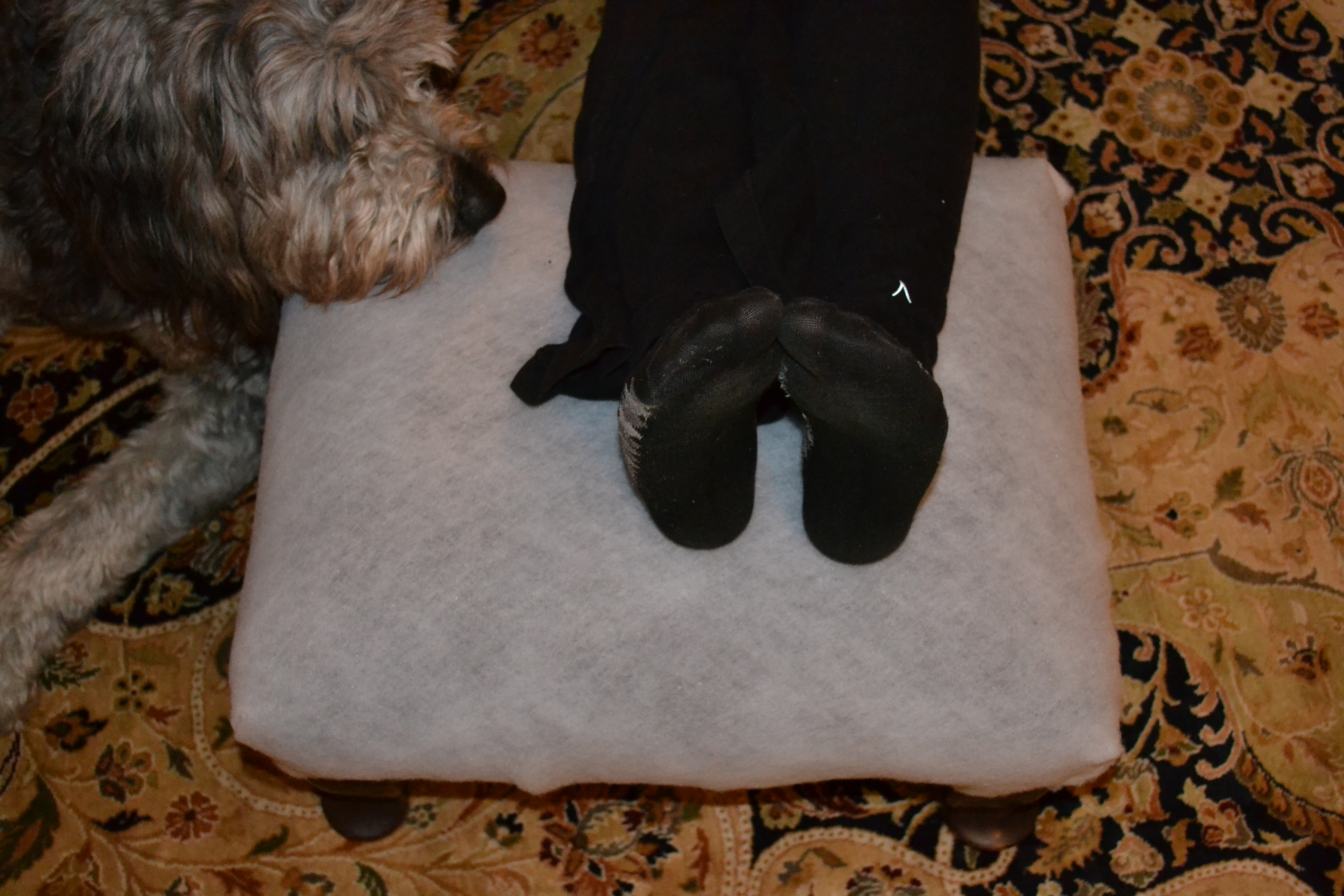 Can I be done? Sophie thought it was just fine with just the batting. 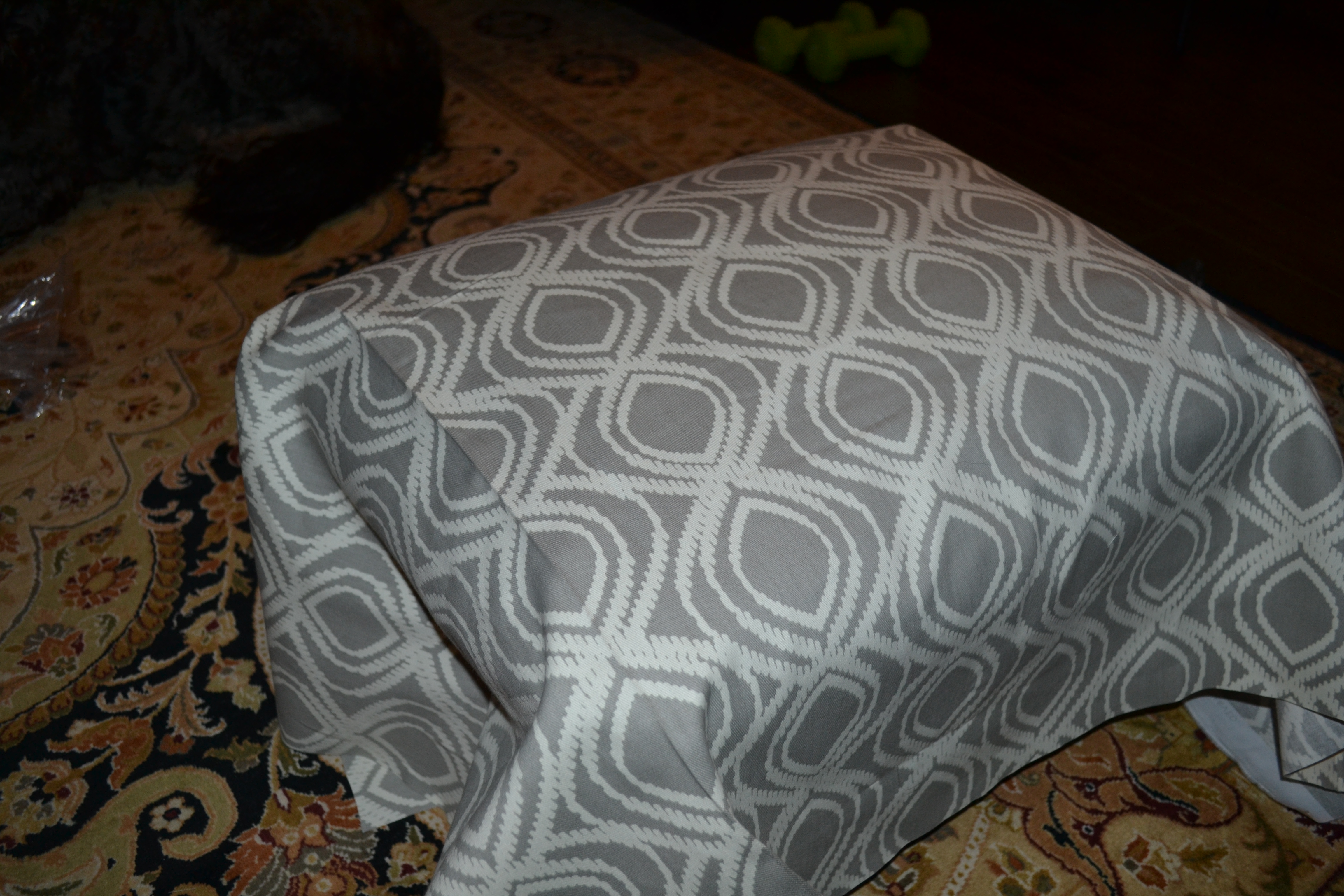 This was pre-ironing. I should have also washed the fabric too, but since I won’t be removing it to wash it every I don’t think I’ll have any shrinkage issues. Those small green 5-lb weights are what I try to use when watching TV. Sometimes. 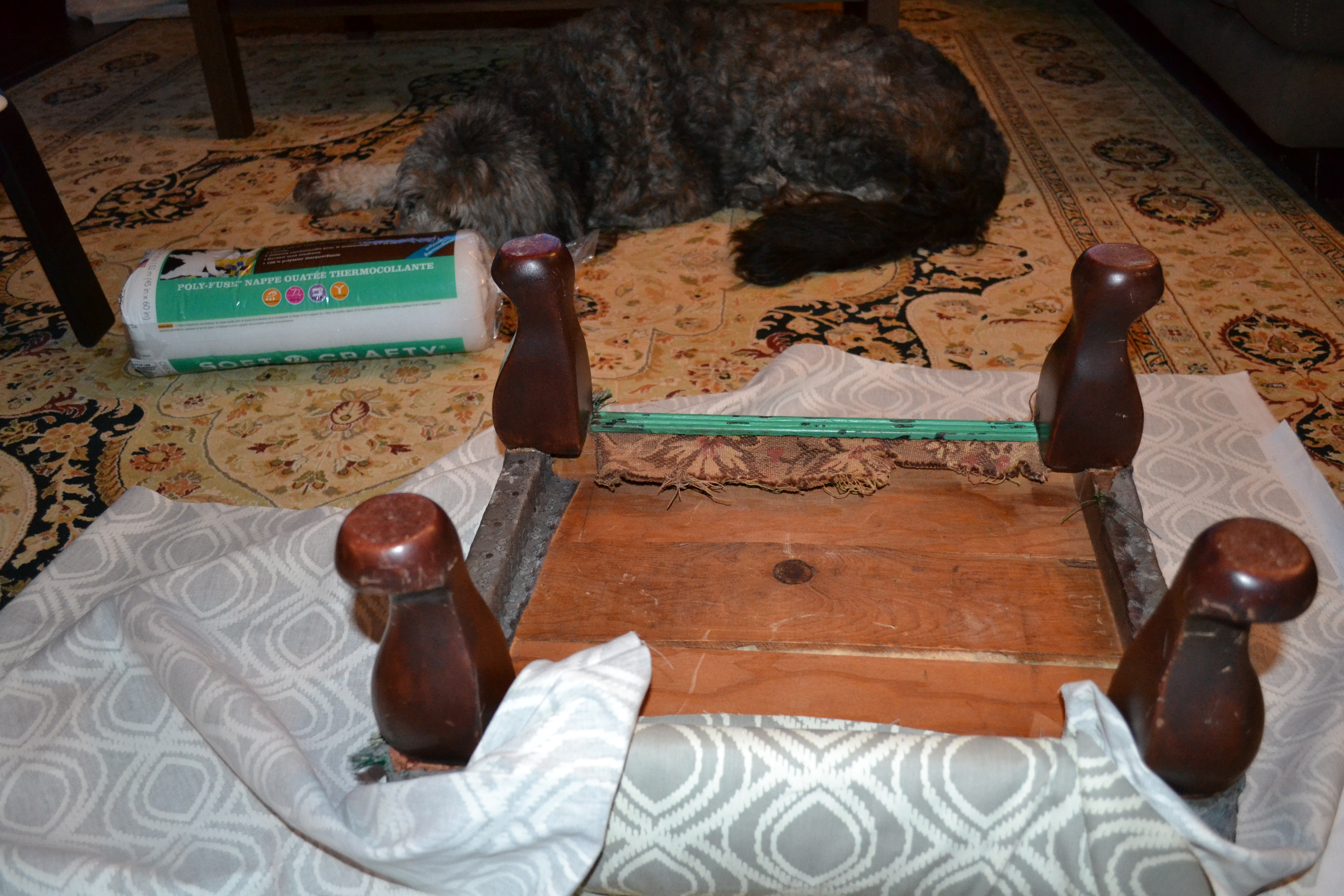 Again, I way over-cut the fabric just to make sure I had enough. The pattern made it easy to cut straight lines, an otherwise difficult job for me. I’m pretty sure Sophie is dreaming of shredding the batting into a million pieces in this photo.

Like I mentioned before the corners were a B! This is the best one Nolan and I managed. 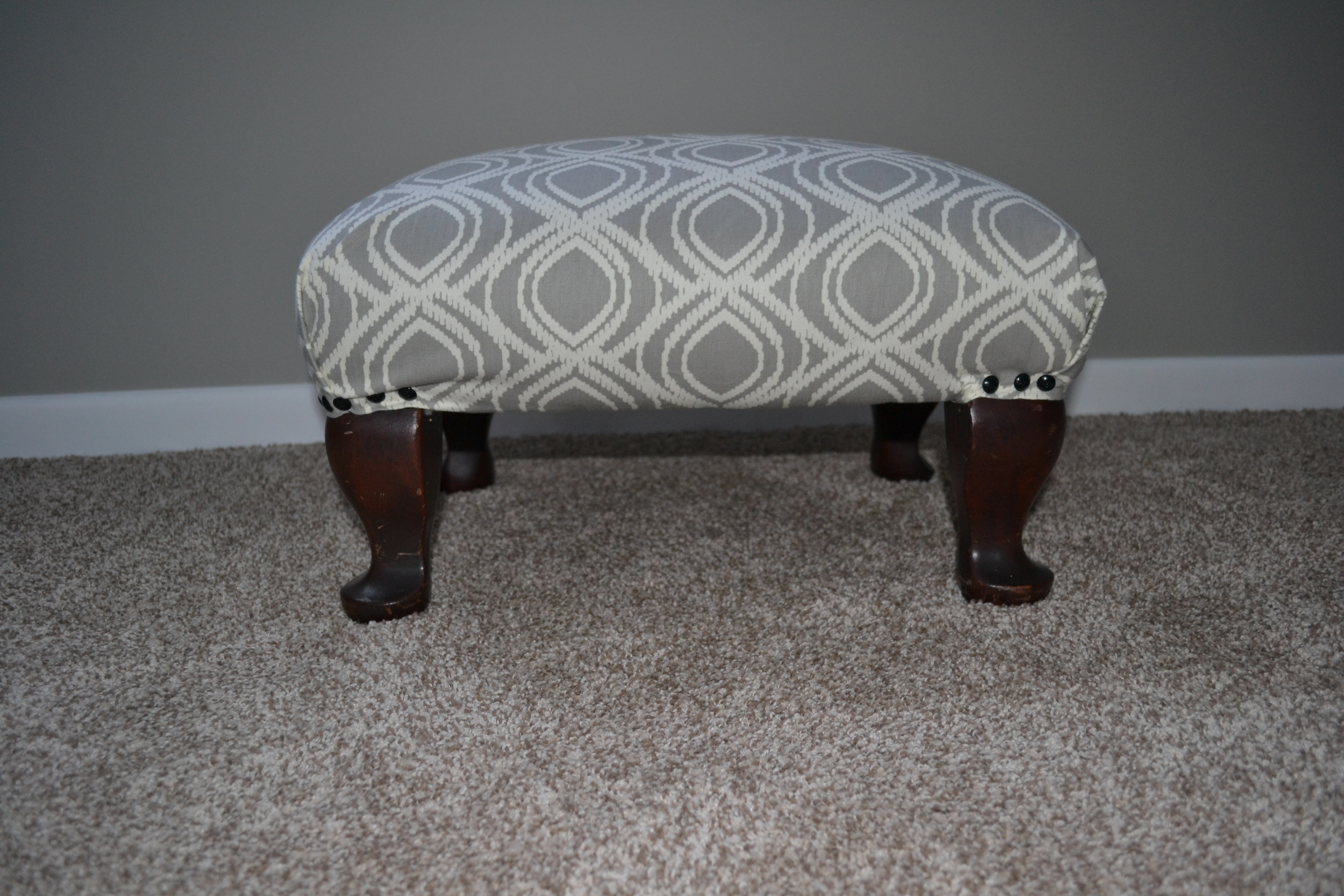 And viola! After doing this I have a new, greater respect for anyone that can reupholster things neatly. It is a true art. Even now looking at this I see how poorly the nailhead lines up.