What is your time worth?

We all have to set priorities; lately mine have been going on dates with Nolan and not on the house, reading or eating (I do eat, but haven’t done much in the way of cooking for awhile). But last Friday when Lululemon was having their warehouse sale I thought, dang, I should get on that. It’s worth my time to stand in line if I can get a killer deal.

Speaking of time, check out What is your time worth?

So I told my boss I’d be in late Friday because I was going to check out the sale at the Minneapolis Convention Center. I figured I’d hit it up Friday morning, get there early even to get in line, grab a couple items and skedaddle back to work. I had the same plan as everyone else. As I was pulling into the parking lot there were hoards of women sporting pony tails, uggs and the infamous Lululemon yoga pants. I should have turned around then. After parking, I walked through the skyways, through the convention center to find those snaky line things FULL of over 300 women in line. At which point they were directing people out the door to line up in the street.

I realized this isn’t worth my time, even if they were giving away free things it still wouldn’t be worth my time to wait in line, get to work late and either have to take PTO or stay later. And who wants to stay at work later on a Friday? I’d rather be going on said dates with Nolan.

One thing I did spend some time on this week is valances for the basement, by following these easy, quick instructions sans pom poms. 🙂 More on those later.

And just because no post is complete without a photo, here is a before-and-after-haircut photo of Sophie. 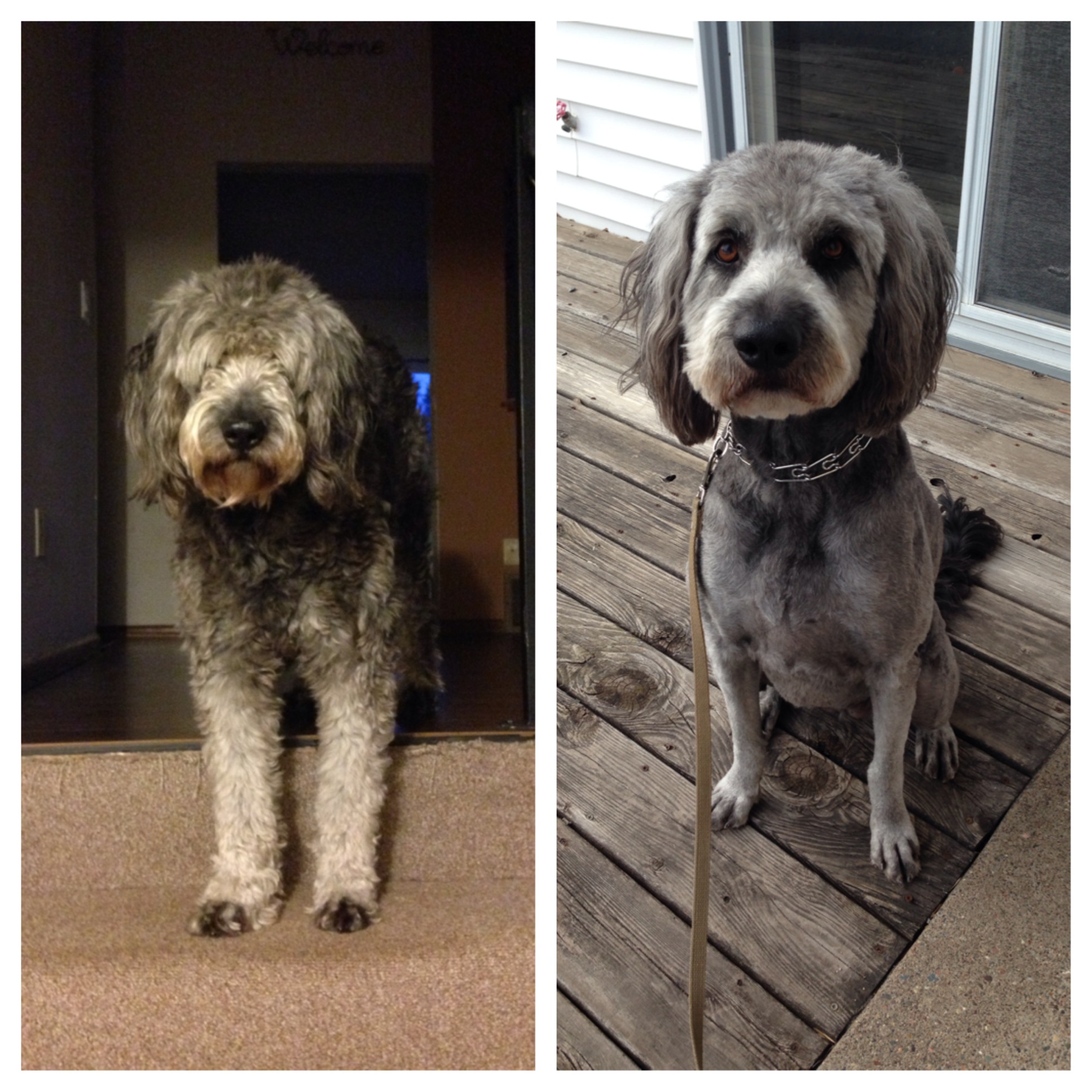