Our new deck isn’t technically 100% done yet, it still needs one railing and some of the composite boards to cover up the frame/beams- I’m told it’s called fascia. Here is what it looked like the other day when it was raining. My brother made those adirondack chairs  for us several years ago. We stained them but obviously haven’t kept them out of the rain. A couple of the boards have rotted, I’m still hoping I can just replace them and then sand, spray paint and seal them to get a couple more years out of them. He used one of those tricky pocket hole jigs to hide all the screws. 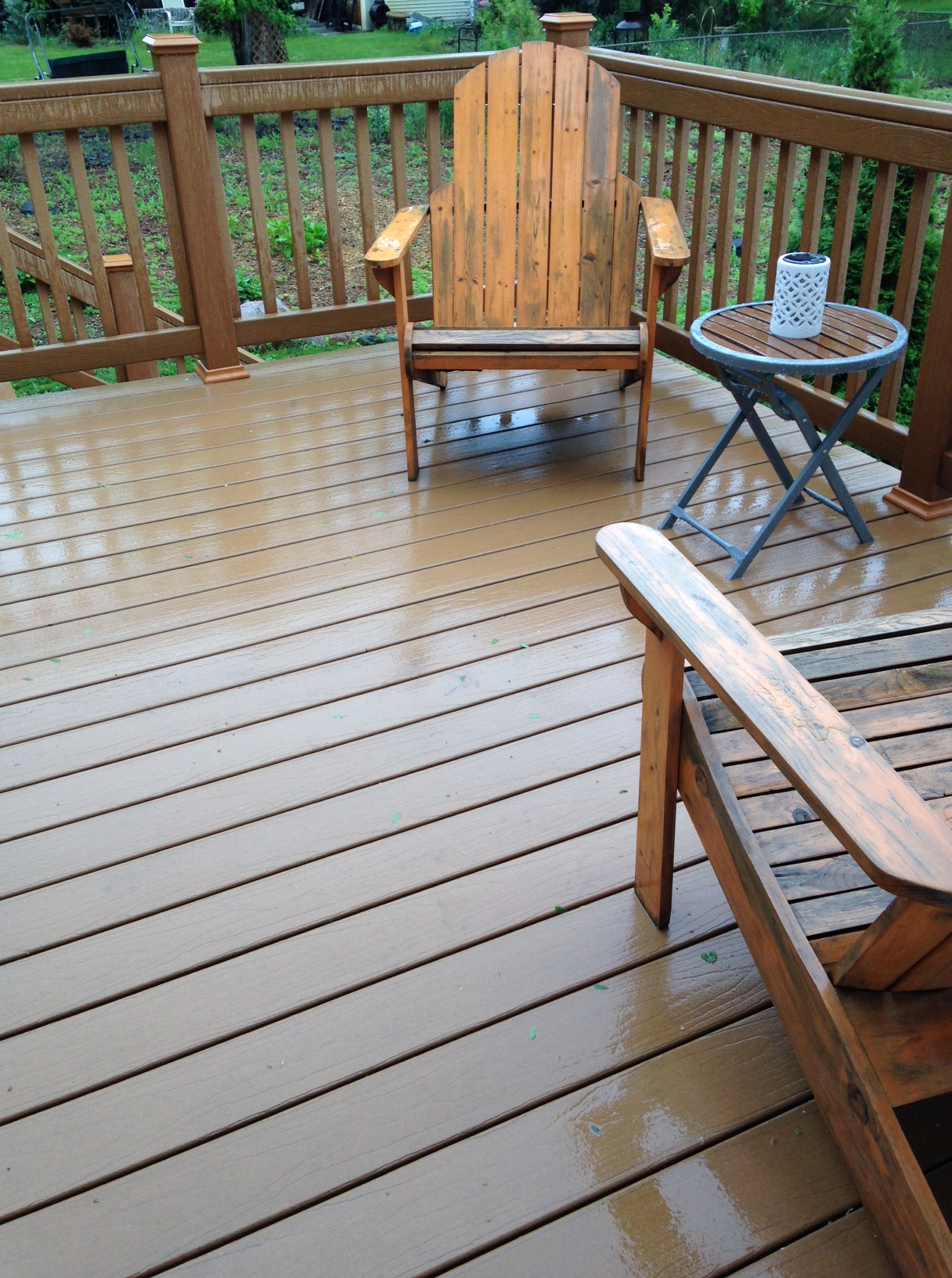 Anyway, since we made the deck a lot smaller than the previous one we had to put in new cement footings. The old deck went the entire length of the house, the new deck is only to where that ledger board is mounted. (See the adirondack chairs that had been stored under the deck during the winter??) 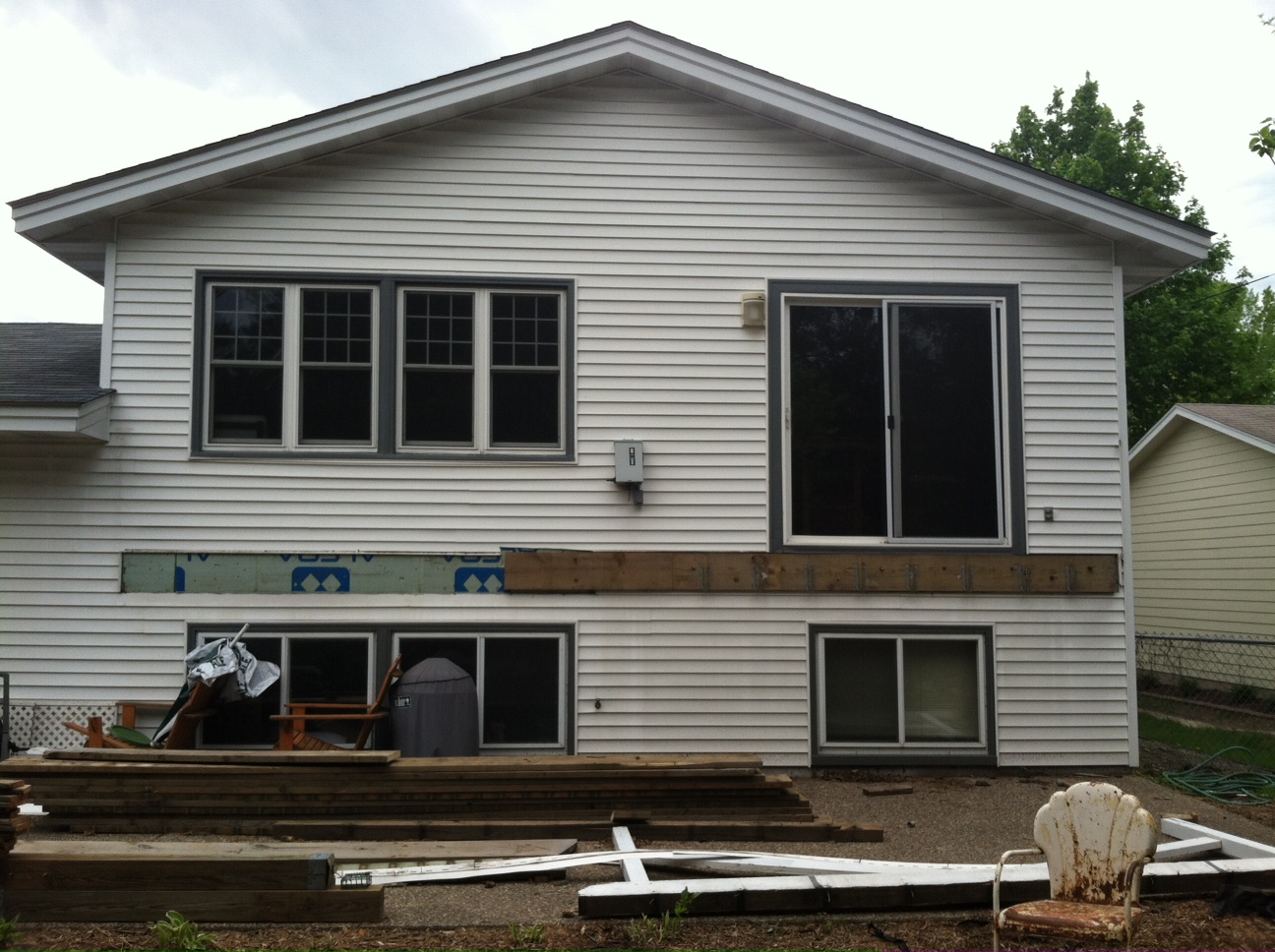 So, what we were left with is the old cement footings all over. One of them is at the bottom of the steps, where we want to install some cement pavers. Here is a dry run of the placement. 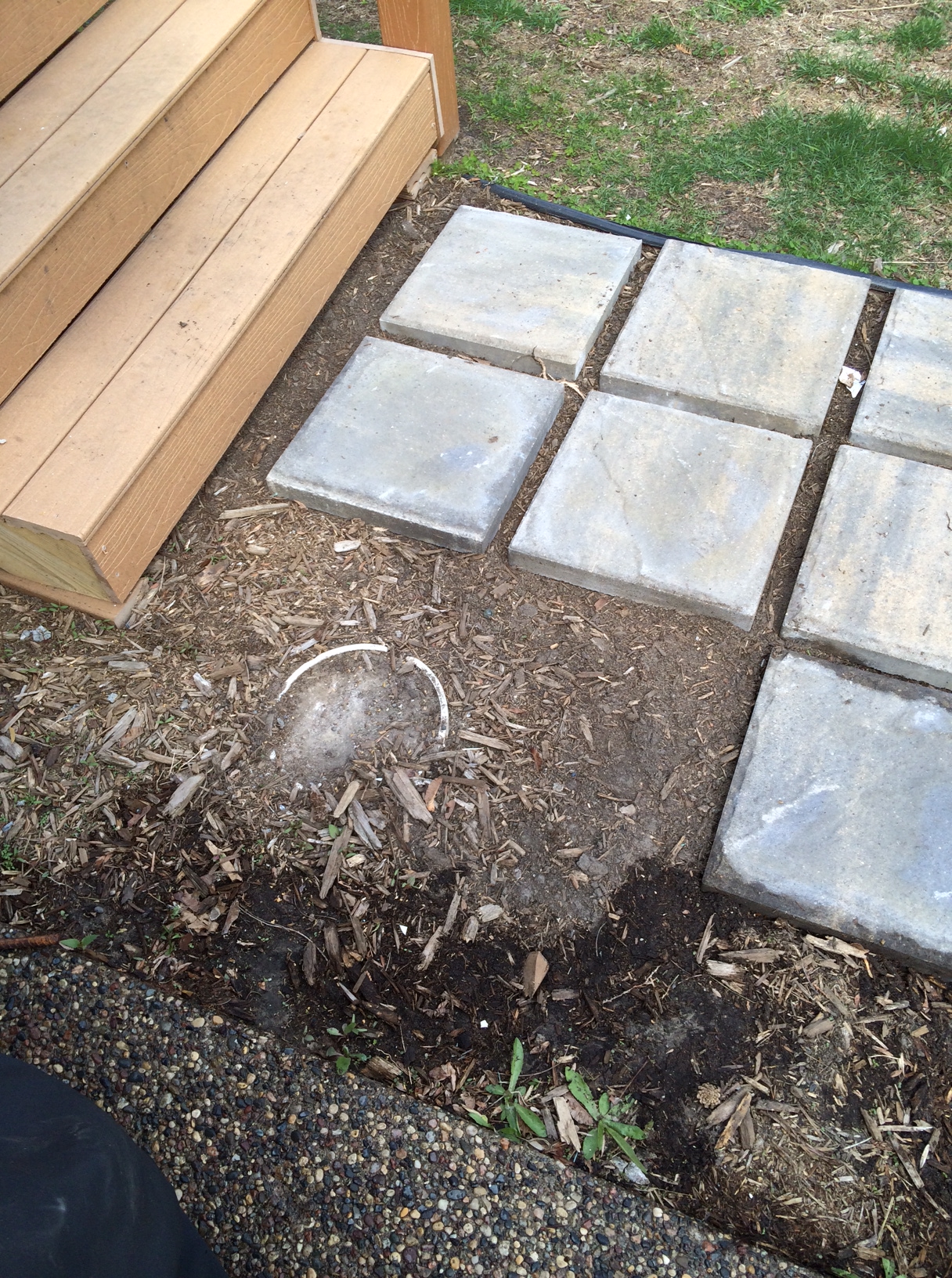 So Nolan went to town with a sawzall, hammer drill and sledge hammer. 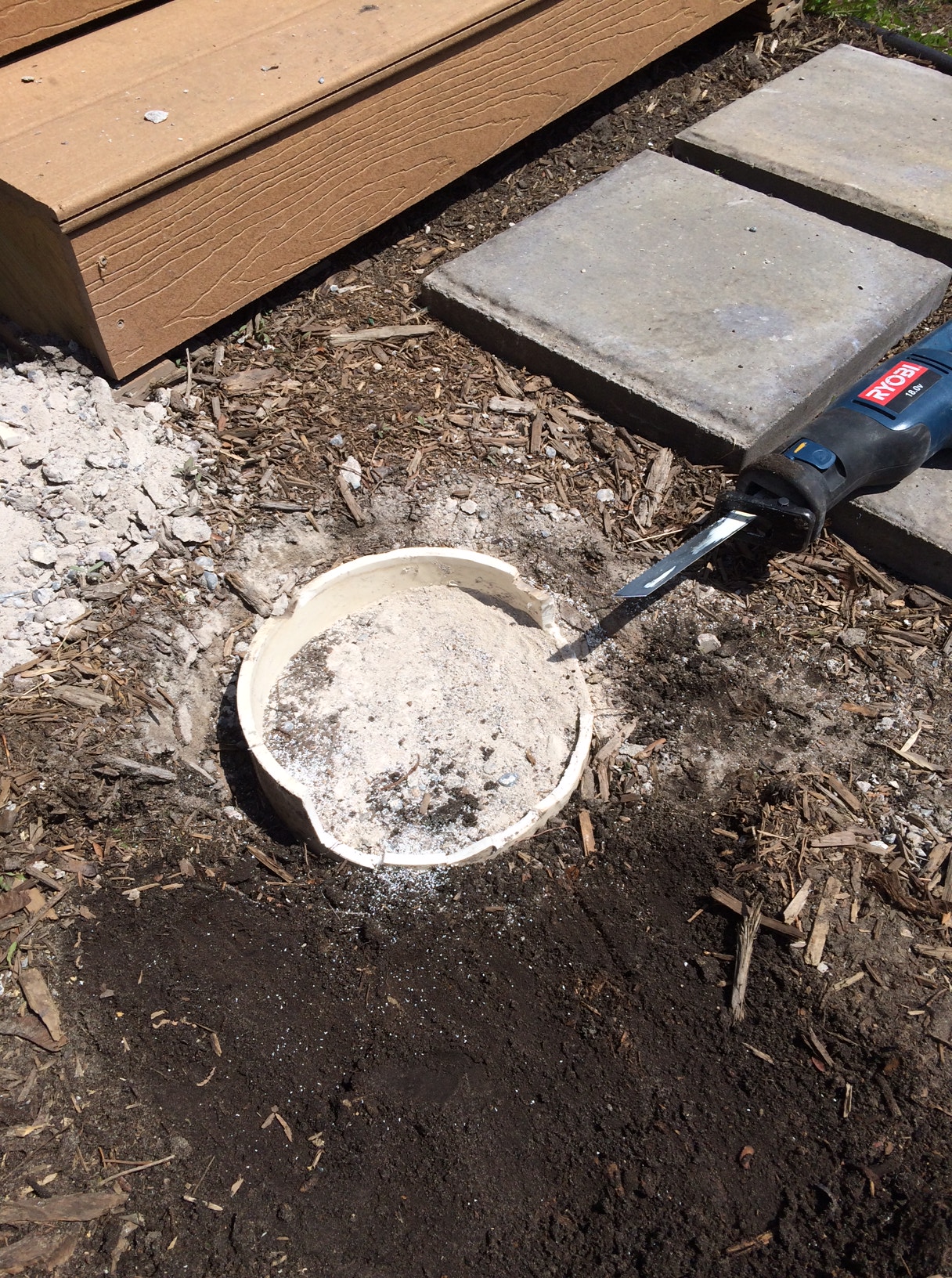 He got it down far enough to get it level with the ground so we’ve got a good base to lay the pavers. 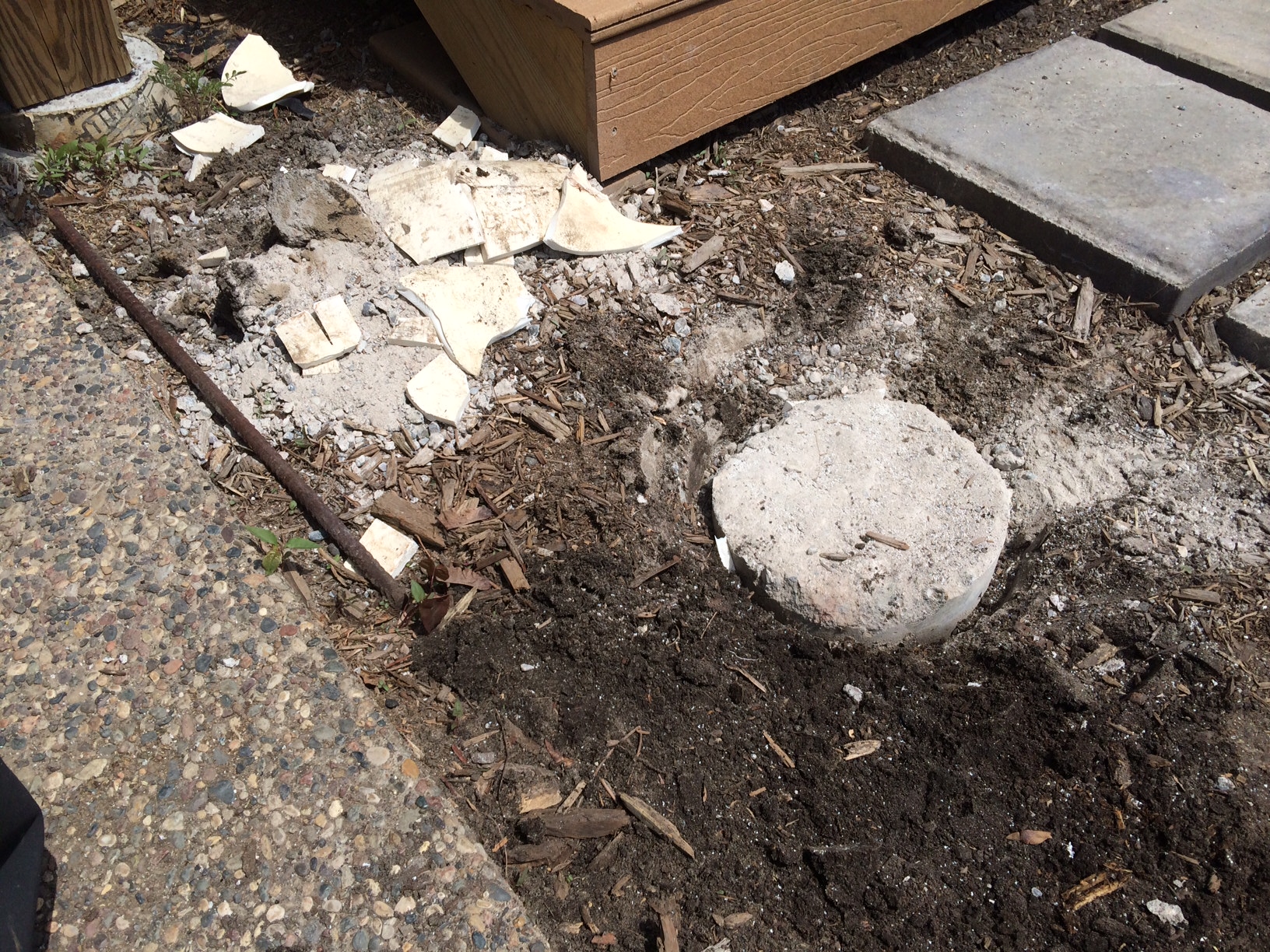 Now it just needs to stop raining so we can finish!!