Why yes, we can host a dinner for 6 now that we have our new patio furniture! 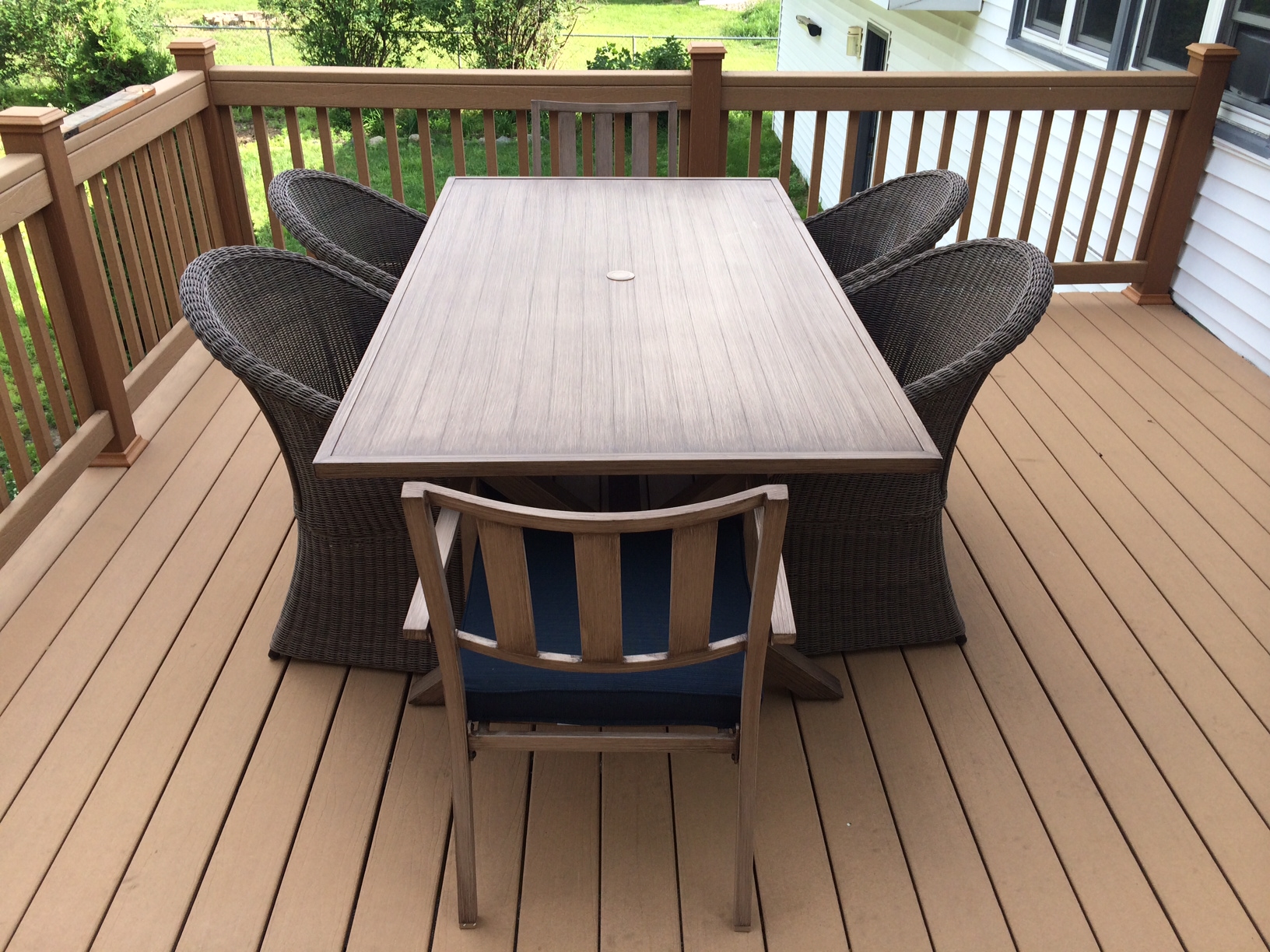 When I ordered it Target gave me an estimated shipping date, but they use an outside company to ship it. Said company sent me an email that said “We’ll send you an email before it’s delivered.” I never got an e-mail and their online shipment status only gave me a smidge more detail. And the table has a huge scratch on it, but because we had no idea when it was being delivered we didn’t have a chance to inspect anything during delivery. Instead Nolan got home one Friday to this in the driveway: 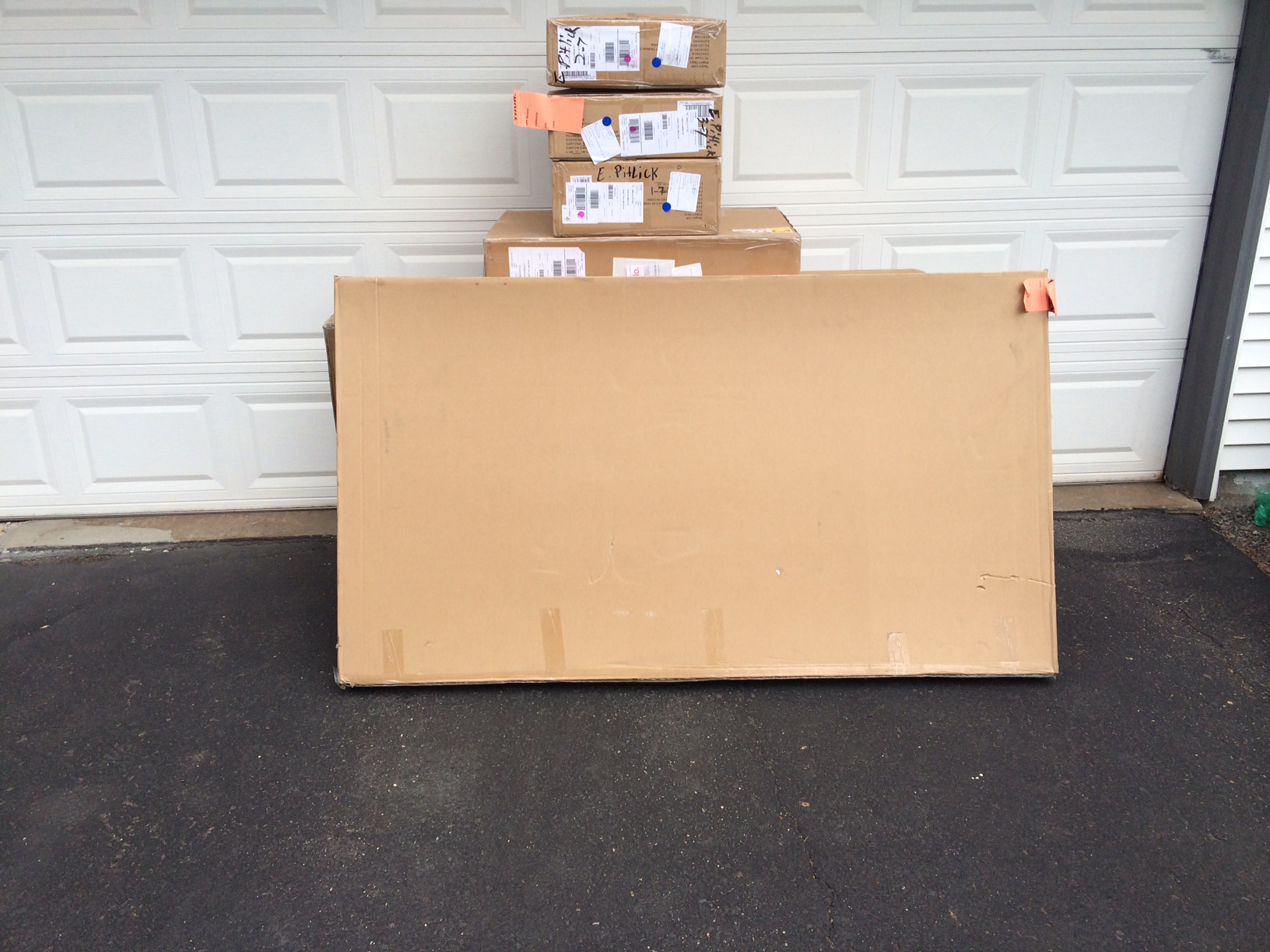 I wasn’t around for the assembly but he said it was pretty straight forward. 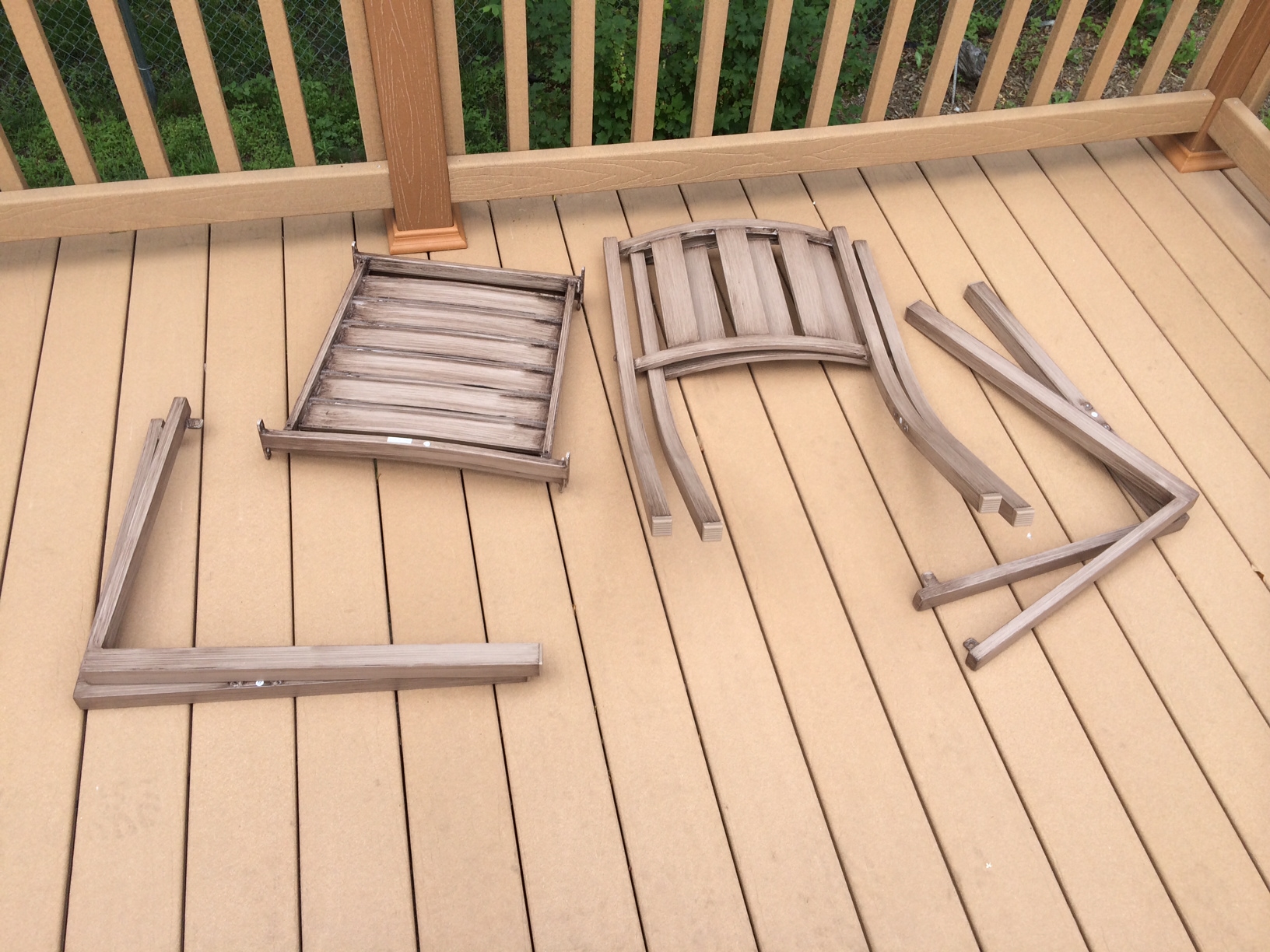 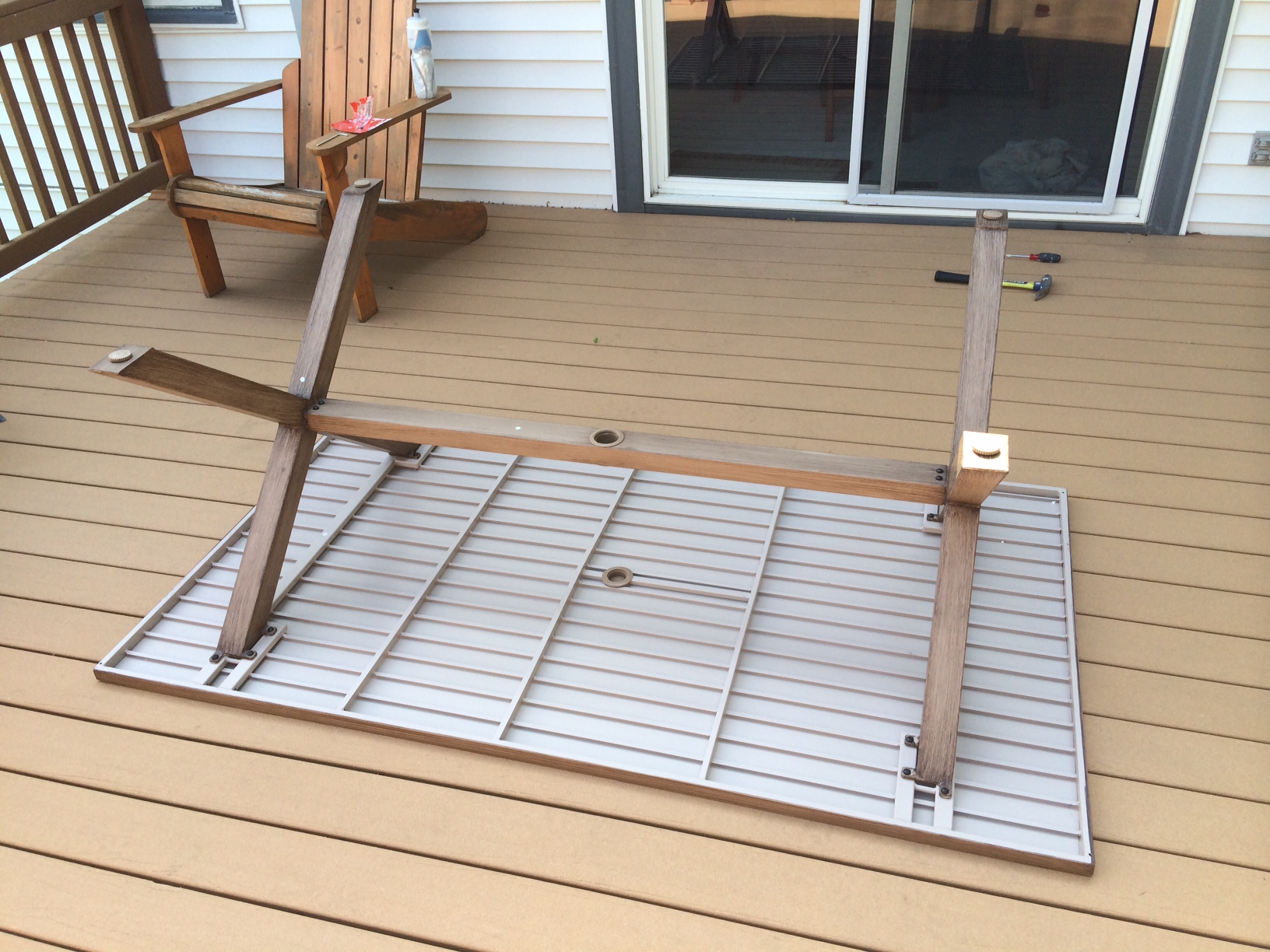 We officially said goodbye to the chairs and are waiting for a night at home without rain to actually use the table. Again, those citronella candles I bought aren’t going to light themselves! 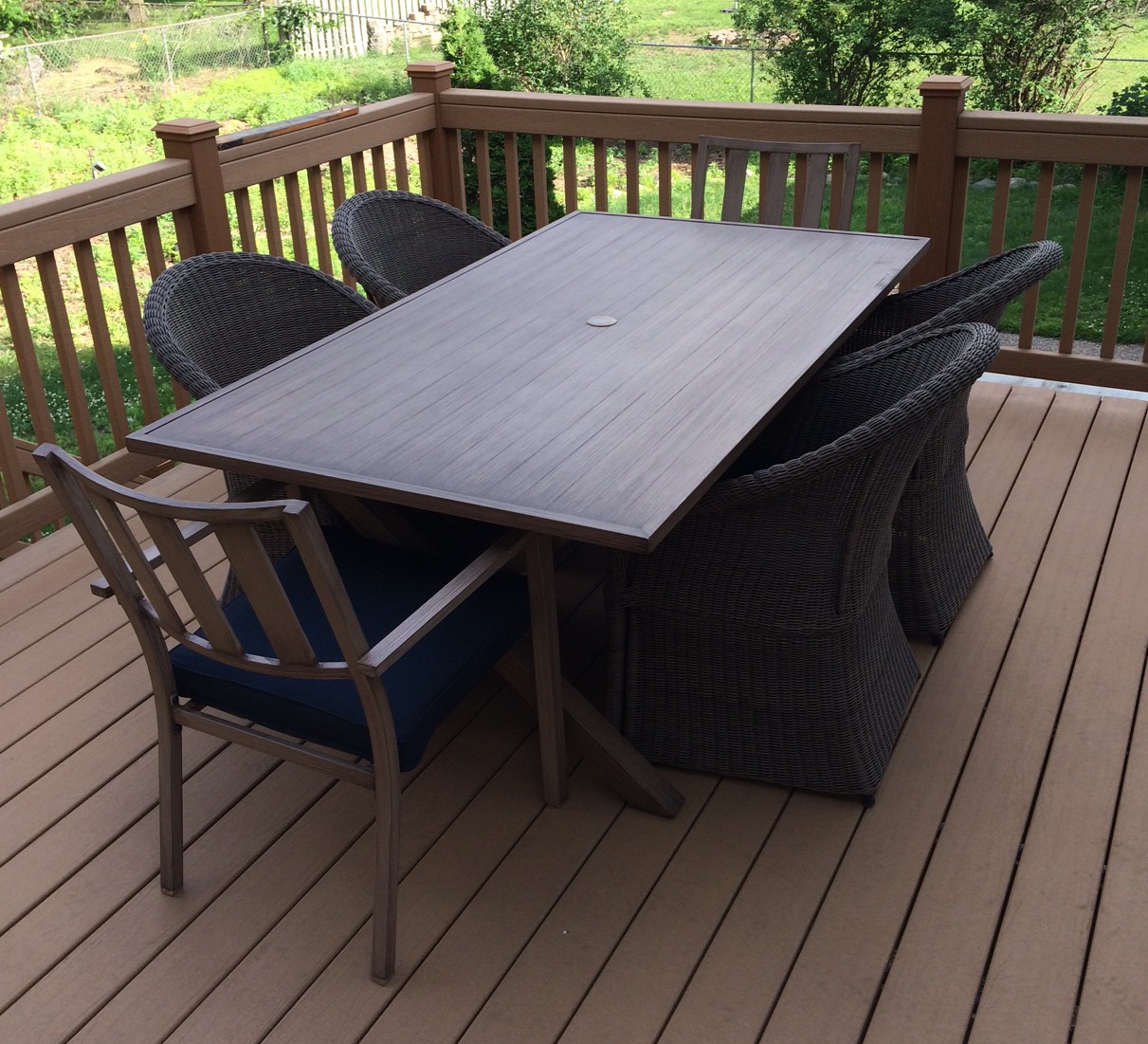 One thought on “Dinner for 6?”