I took this picture last winter when I thought the lilacs were never going to come back. 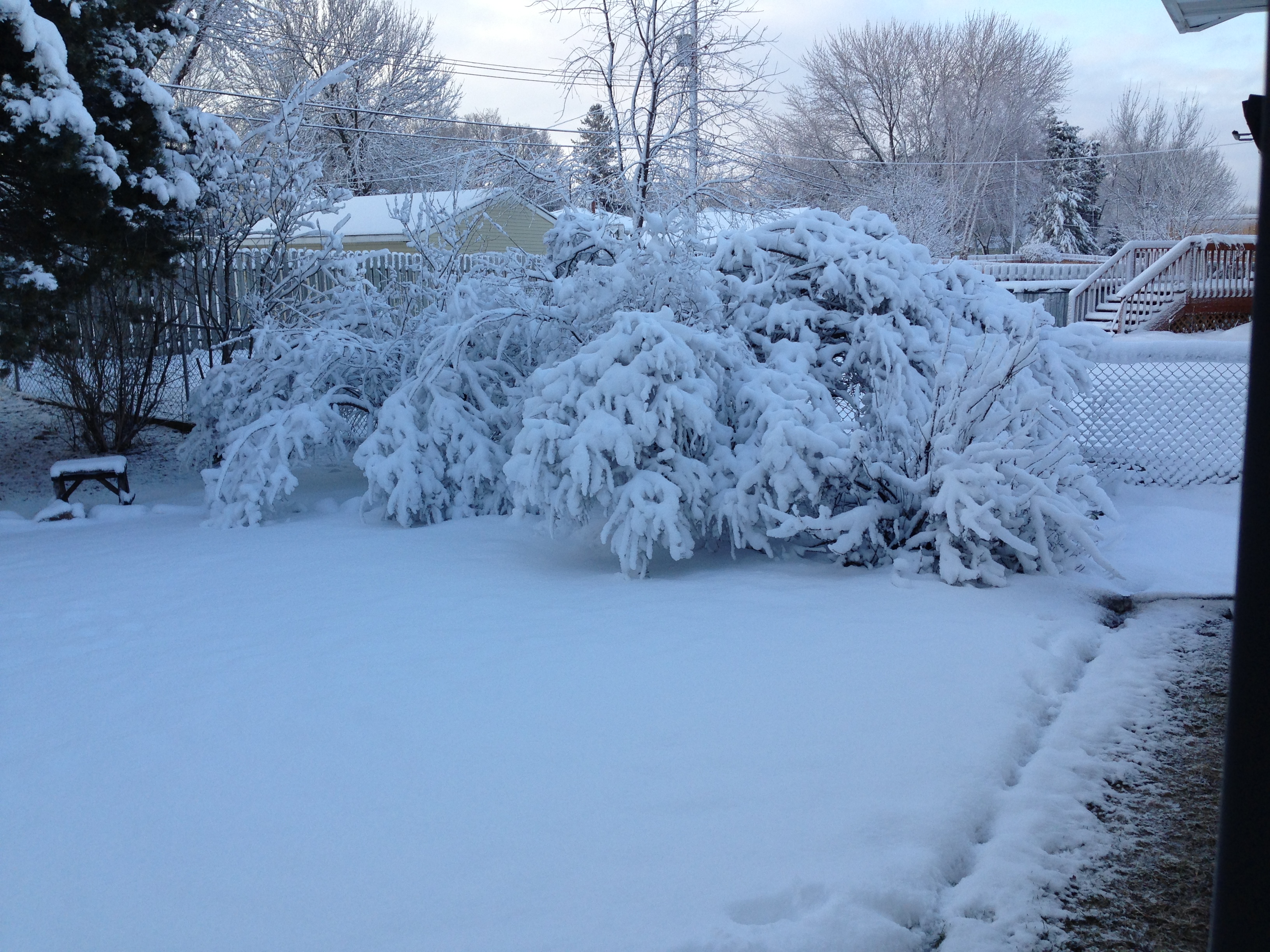 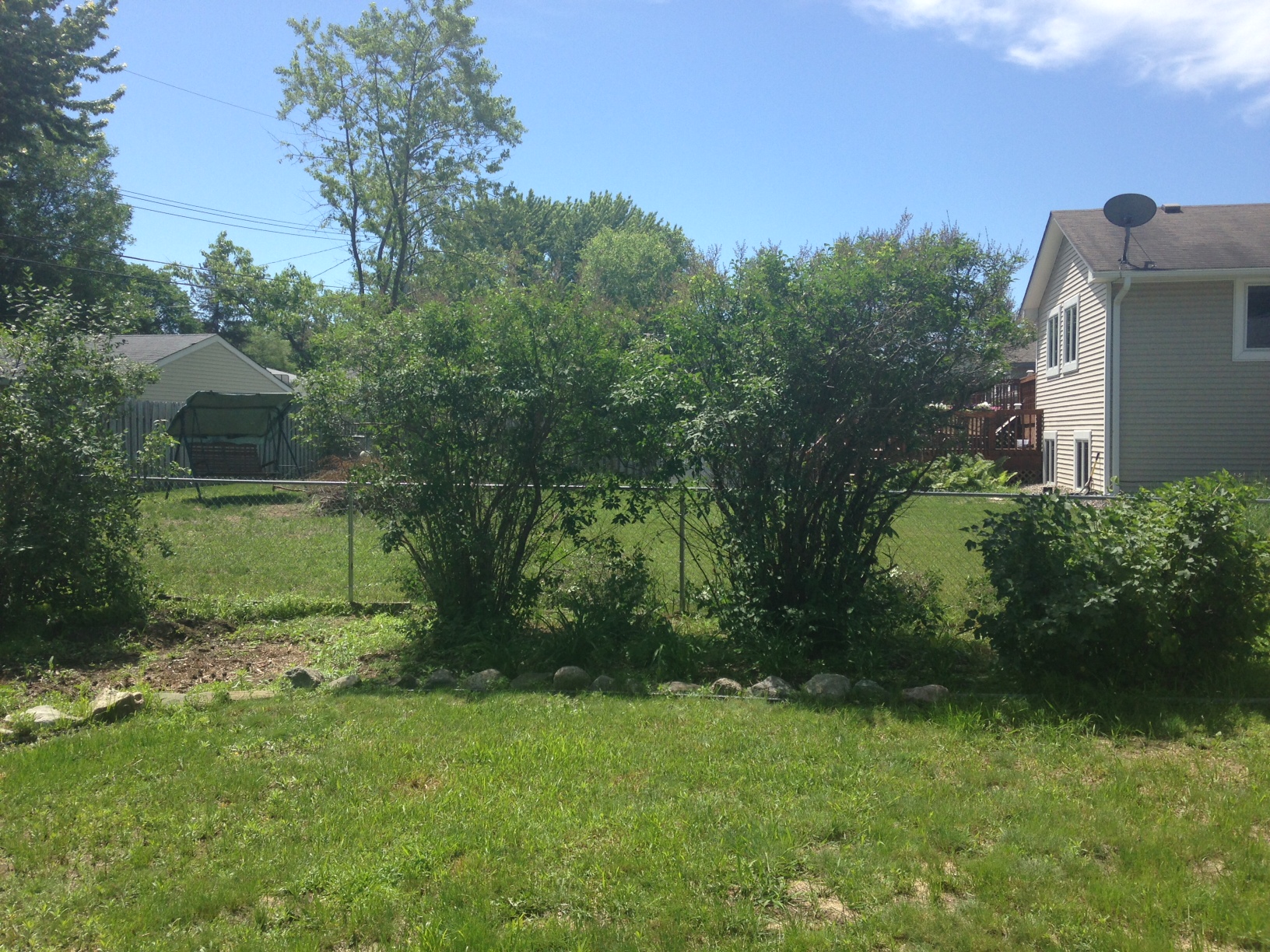 The two bushes in the middle are the lilacs, IDK what the one on the left is and the one on the right is a currant bush. I LOVE lilacs but they weren’t blooming as much because they were so over grown. Believe it or not, this picture is after I spent a couple hours trimming them. I wish I would have taken a before. It’s hard to tell with all the greenery behind it but I really hacked them down.

Here is the heap of branches that my gracious FIL brought to the compost last weekend. Even looking at the pile it doesn’t look like much but it took me forever! 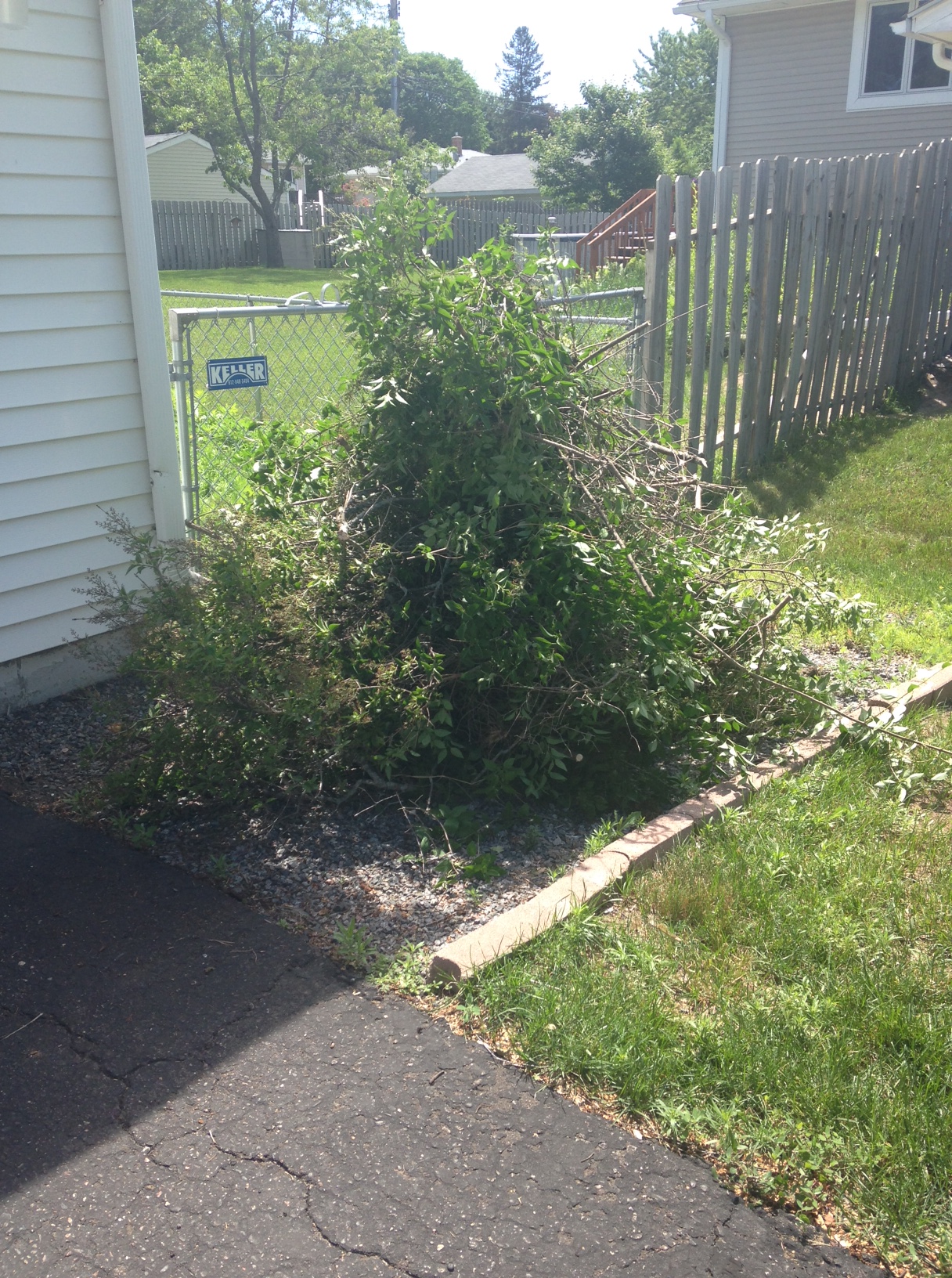