Ceilings on the brain

Every time someone new comes over they comment on how they love the beams in our living room. Initially I wanted to remove them, but after hearing everyone else’s love of them I started to reconsider.  And I’ve got to admit, they started growing on me, but I still hate the popcorn ceiling. So, I started searching vaulted ceiling with beams. I found that I really like white beams with white tongue & groove! And I’ve been reading that you can install tongue and groove directly over popcorn ceilings!!

So lately we’ve had ceilings, beams, skylights, and tongue & groove on the brain. Combine that with Nolan’s company’s server being down and him being home, unsupervised for an entire day I received a text with this picture. (I was afraid that if I started with this picture no one would continue reading the post.) 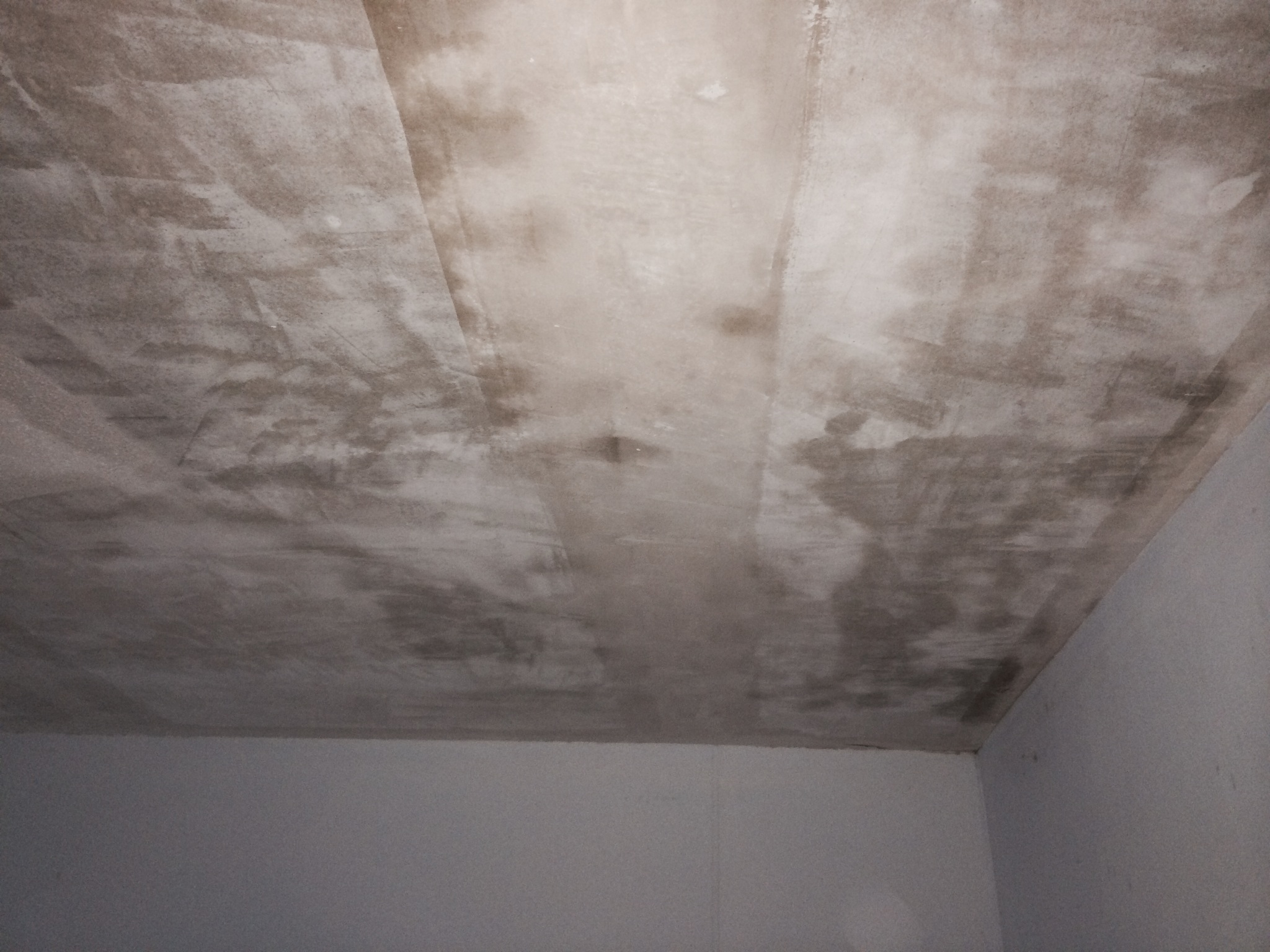 Doesn’t it look kind of like a wet moldy basement corner? My prompt reply was “WTF is that?” He decided to start scraping the popcorn from the office ceiling. We both agree that popcorn ceiling is an aged look, but I was a bit surprised that he, on a whim, started scrapping it off. Here is the before picture from the other corner: 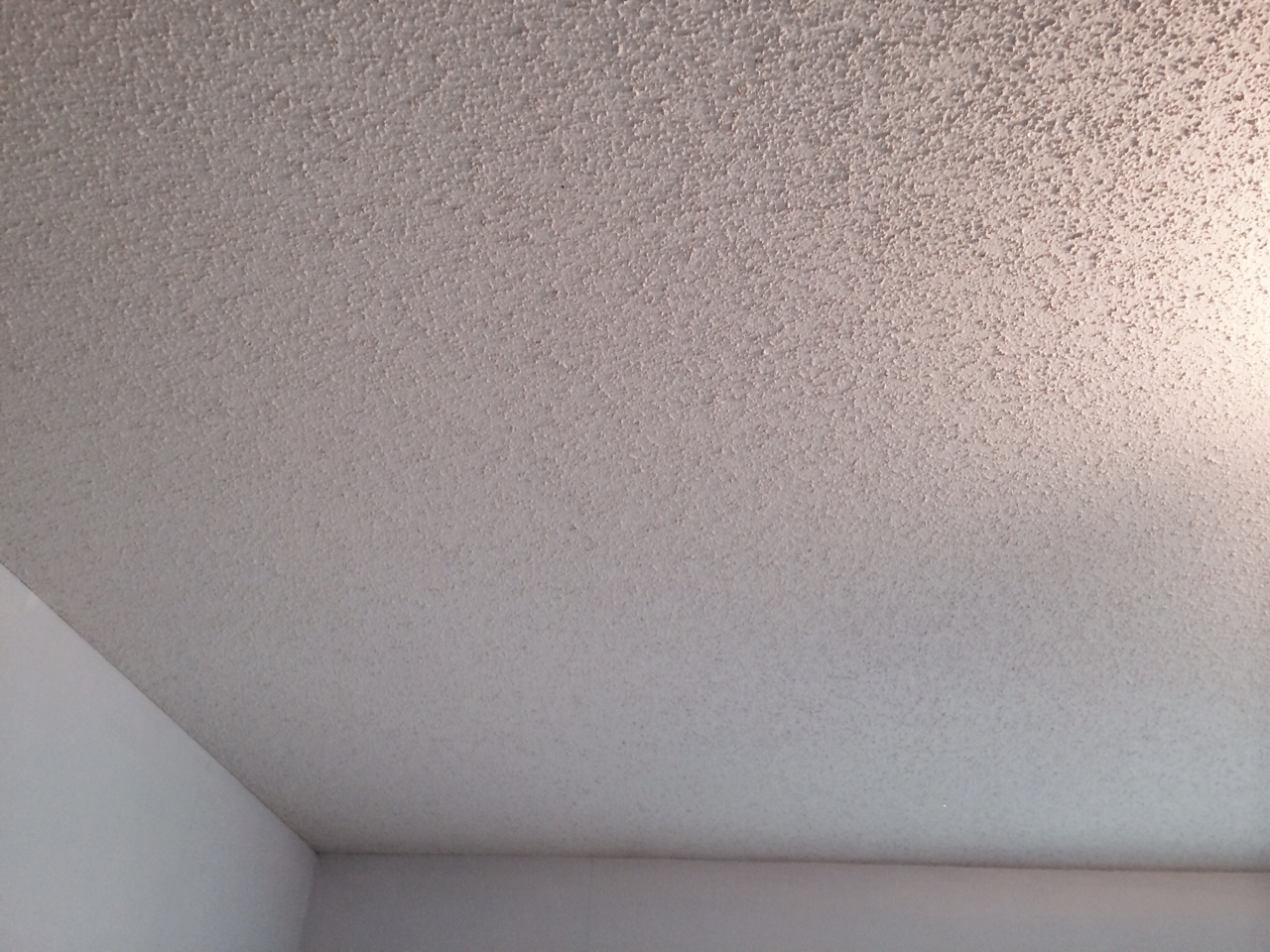 We painted the popcorn ceiling in the front bedroom. While it’s an improvement to the speckled-cottage-cheese look we still aren’t in love with it. (It’s funny because I LOVE real popcorn. Those big metal tins around Christmas time with the three flavors are the death of me.) Anyway, I had figured we’d just paint the ceiling in the office too or maybe with all this tongue & groove talk we’d maybe try installing it in the office, since it’s a small space and we could see how difficult it’d be to install. But no, Nolan dove right in! 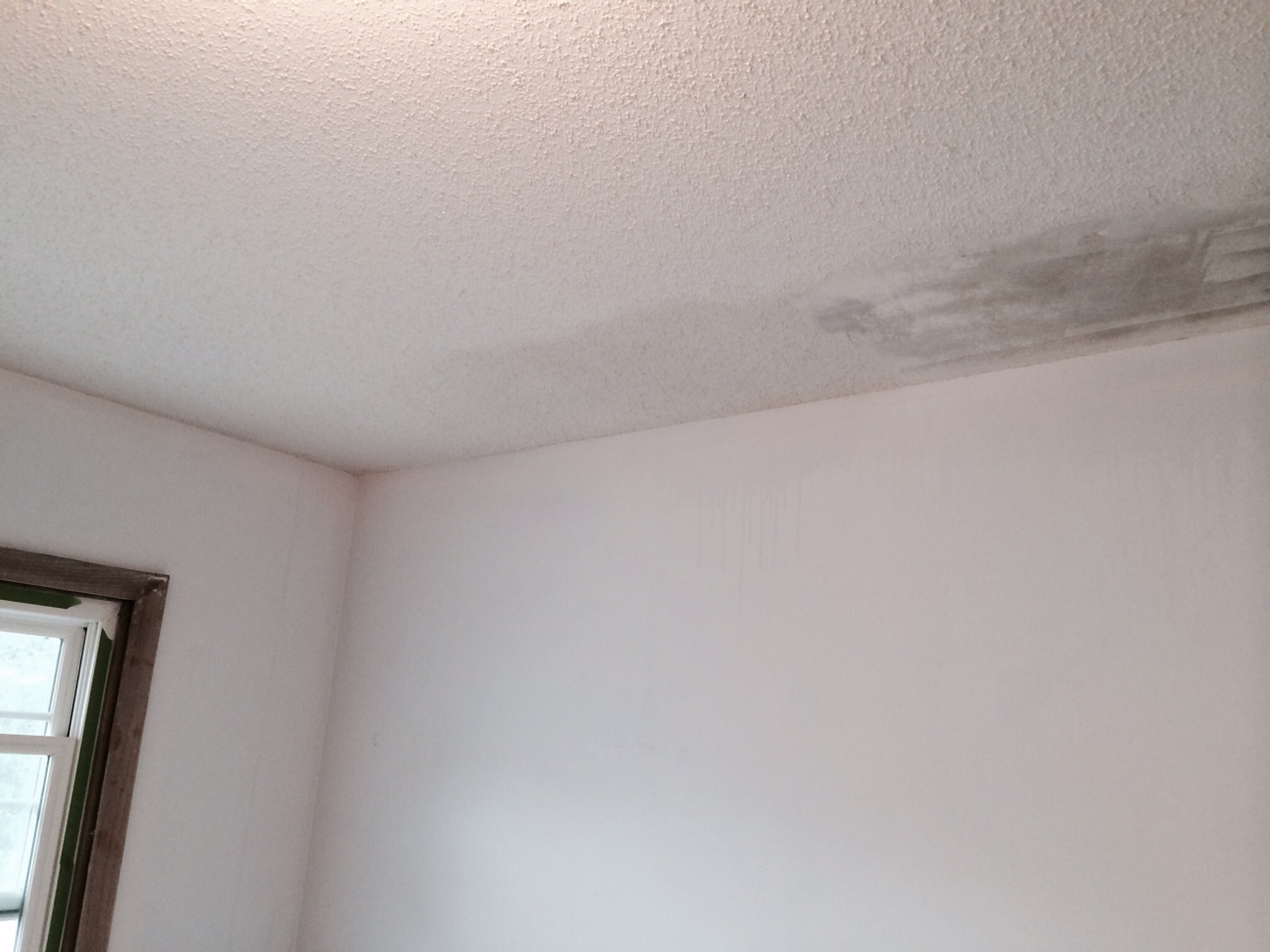 He sprayed down an area with water, let it soak in, and then used a plastic scraper. 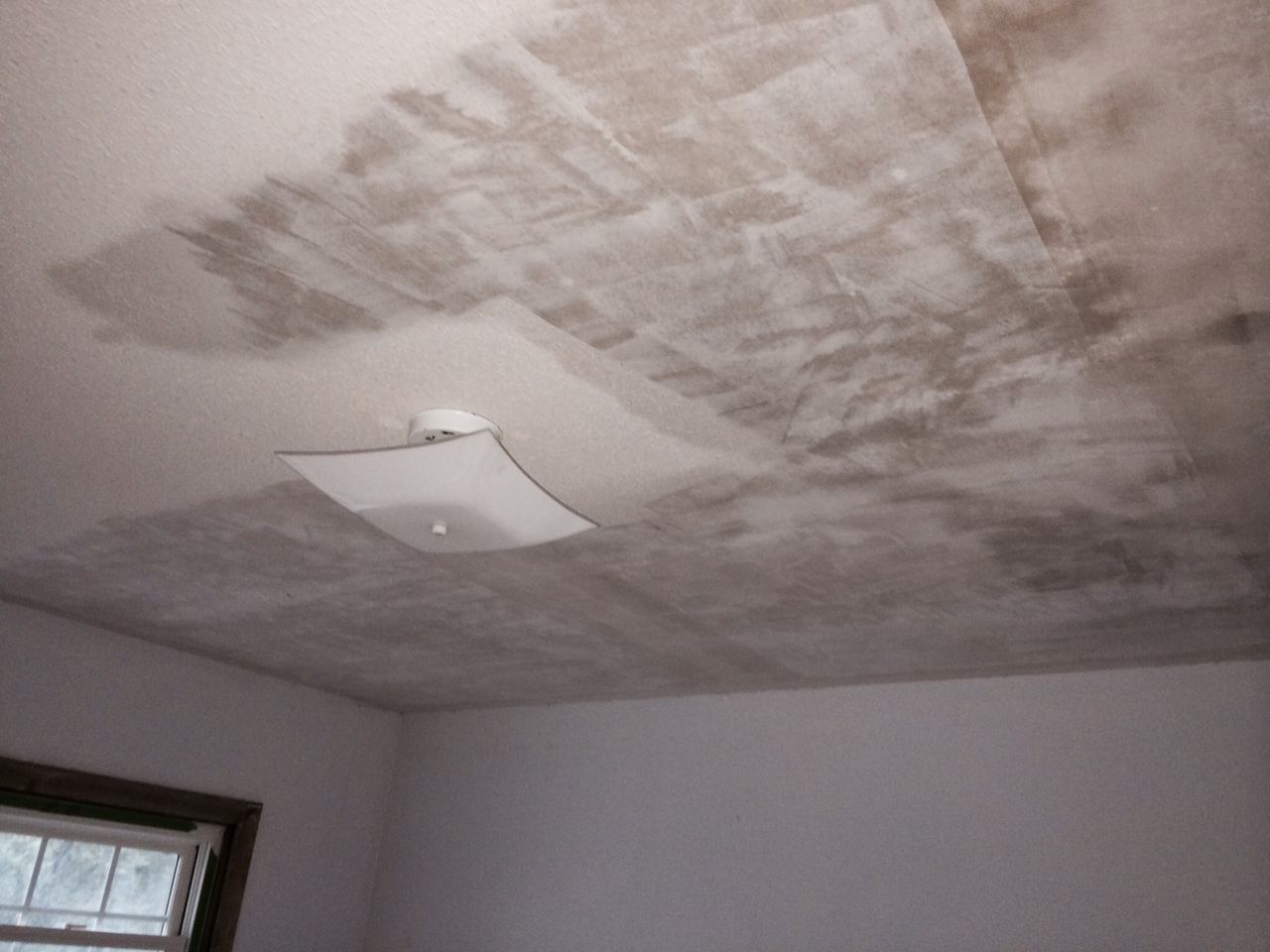 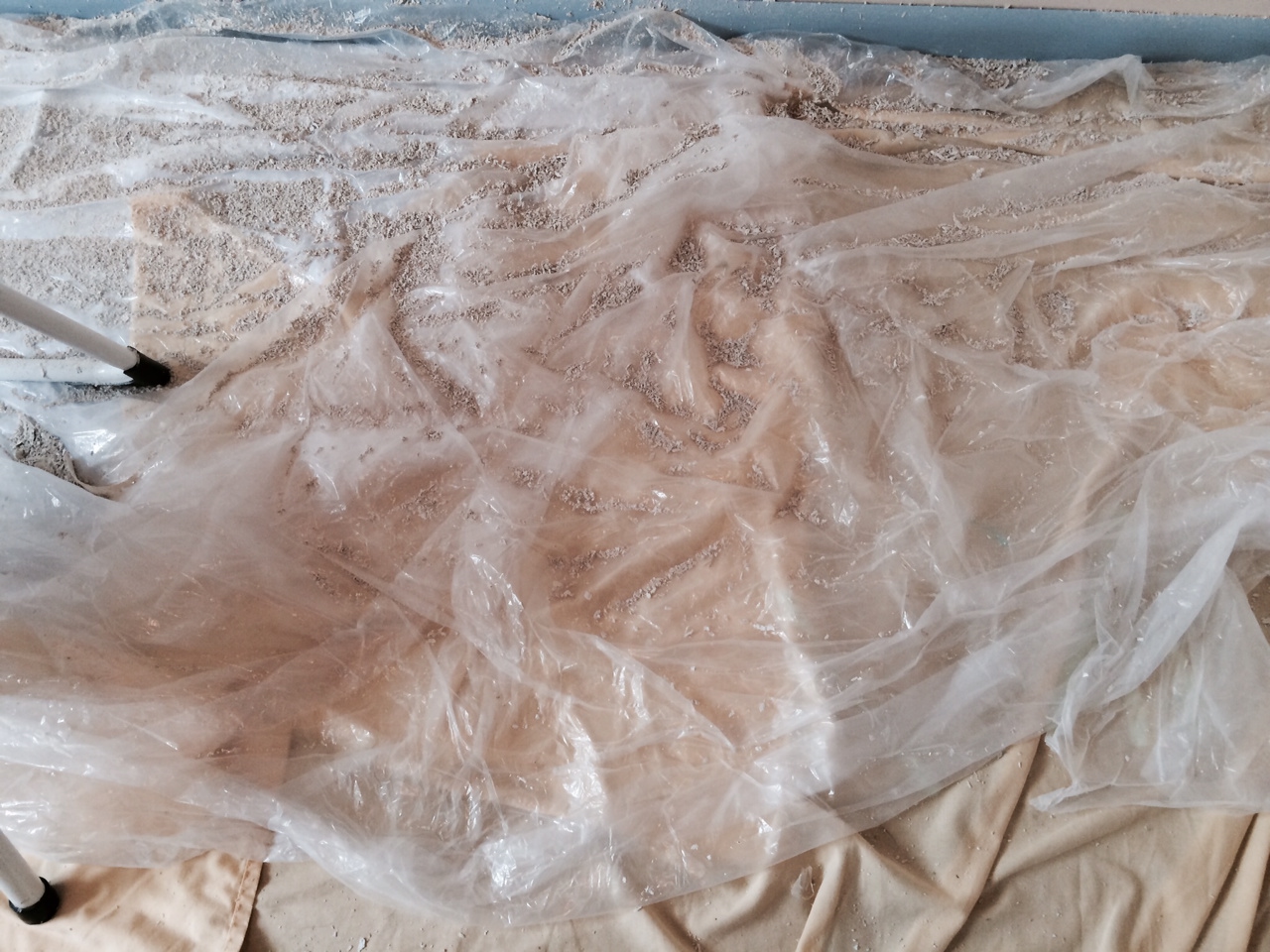 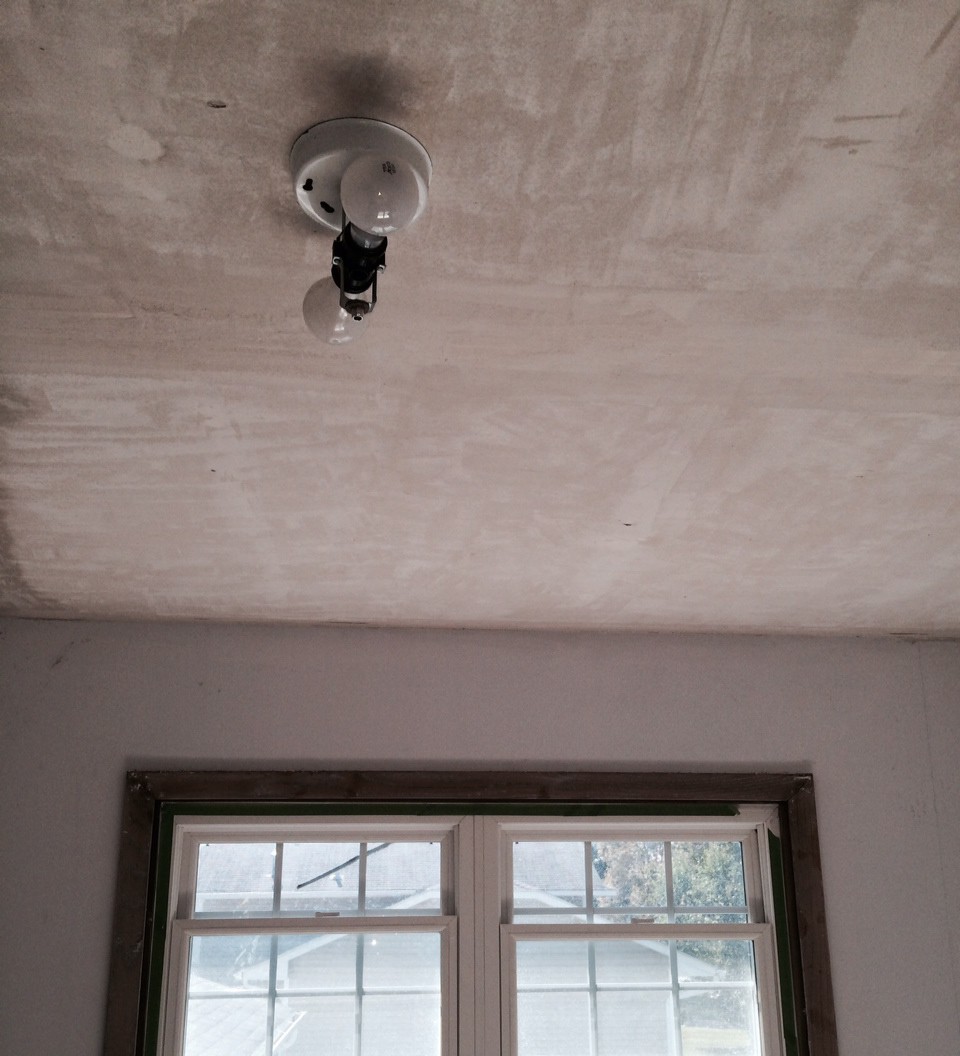 Now that it’s all down we’re debating whether we should do knock-down or try some sort of tongue & groove. So I might have to edit my Office Inspiration. Oh and I’ve bought new caulk but my adventures with the gun will have to wait until the ceiling is figured out.

One thought on “Ceilings on the brain”