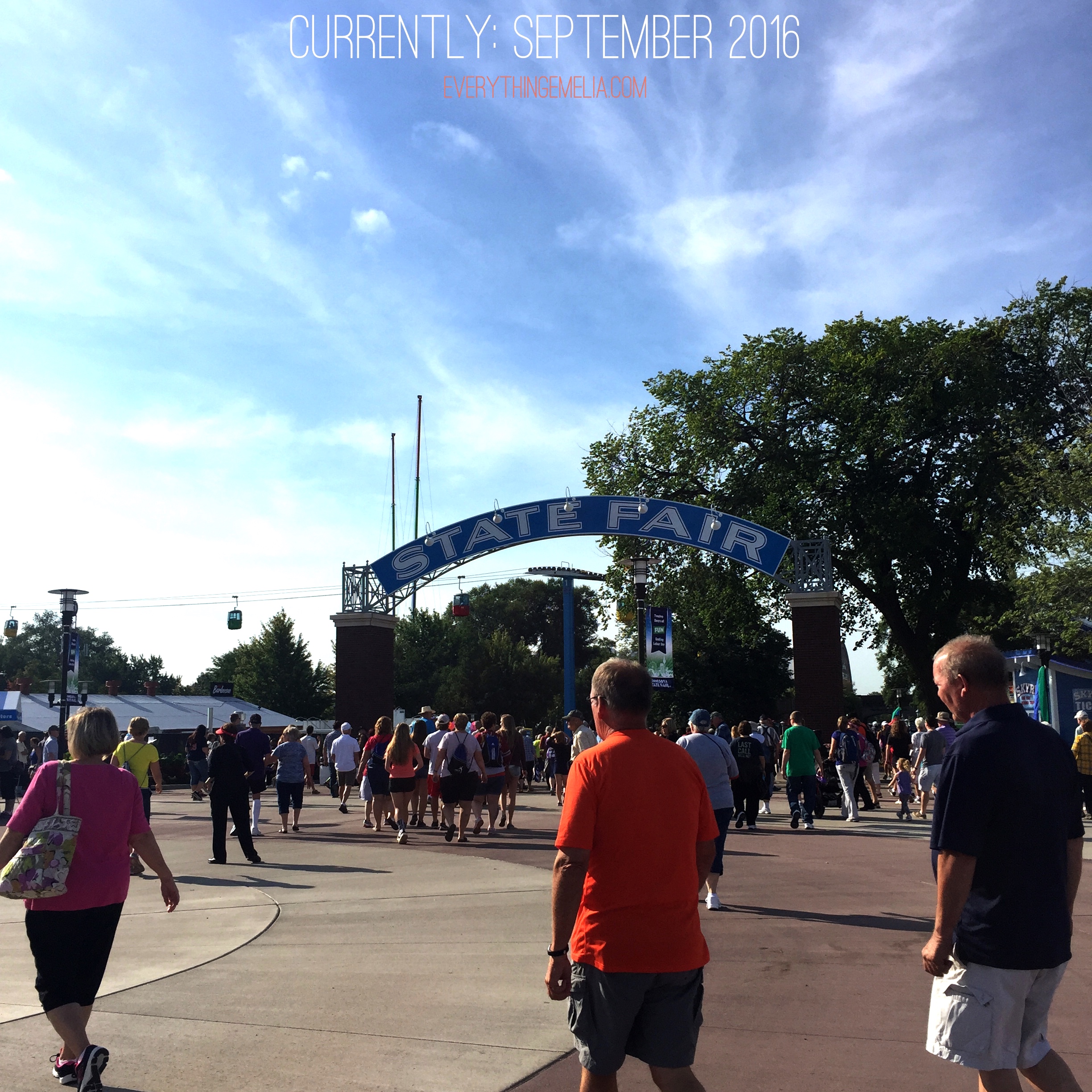 I’ve gotten into the habit now of writing up a monthly currently post to share all sorts of little tidbits that alone probably don’t constitute an entire post, but are worth sharing nonetheless. I can’t believe Birthday Month is over, the State Fair ends today, and fall is fast approaching. With the cooler weather approaching how am I supposed to hide my always-sweating right armpit?

Confessing
I realized I was calling books-on-tape e-books, when in reality they are audio books. E-books are books that you download to your Kindle or other reading electronic device, thus e-book. I apologize for the mistake.

I’ve said that I usually finish a book, even if I’m not into it, but that changed this month. I put down two books before finishing them. Life is too short to read bad books- especially if there is a library queue of 57 people waiting to read it.

Practicing
I’m still getting acquainted with my new golf clubs. Last month I went to the range a few times and we did 18 holes with Nolan’s dad at Chomonix. I still have one more lesson, but I feel like I could use about 10 more! 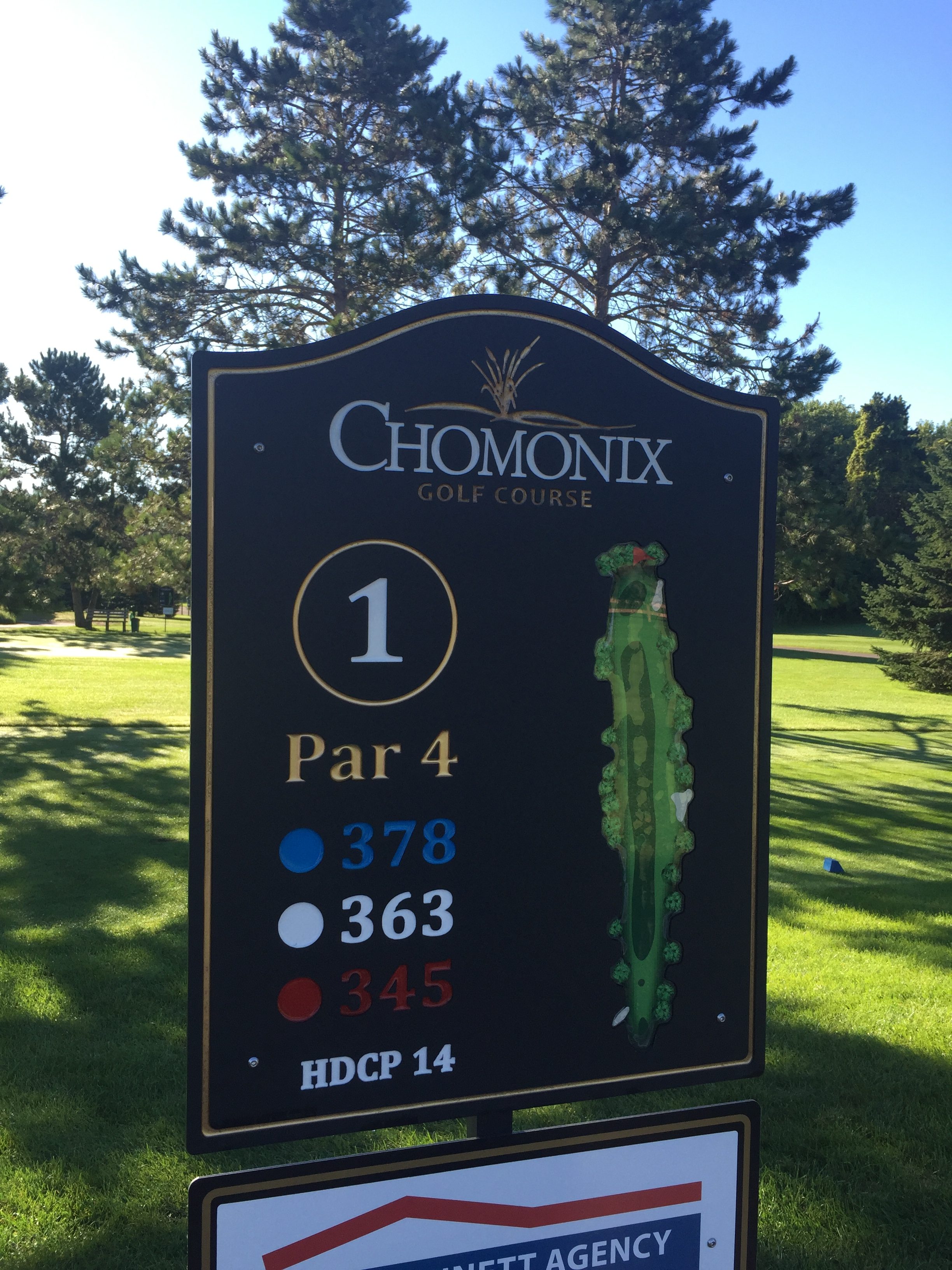 Listening to
Everyone’s Fool
I listened to this book on tape and the character development was fantastic! I want to feel bad for Sully but he is just so stupid, like he can’t think for himself and continues some moronic feud with fellow citizen Raymer. Raymer, the chief of police, isn’t much better with his self-loathing and obsession with finding his dead wife’s lover. Roy, a wife (and mother-in-law)-beating, potty-moth criminal that I want to punch, revolting sex-addict Carl, and ill-fated Rub round out the group of flawed citizens of North Bath. If I was to be friends with any of them it’d have to be Charice, Raymer’s clever assistant at the police station. She is quick-witted and sassy. All-in-all it was a funny book that kept me entertained on many commutes.

All the Light We Cannot See
This one started off really slow. This book has been on all sorts of lists so I stuck with it. Midway through the 2nd disc I came around, but then it still drug on far too long. Maybe this one would be a better read, than an audio book.

I just finished Yes Please by Amy Poehler and it was fantastic! I have no more audio books on deck! Recommendations?

Reading
Lord Grizzly
I know I said I don’t start and not finish a book, but this is one I just couldn’t get through. The library’s copy is a version that looks like it was scanned, so the text wasn’t easily readable. I picked this one next because it was the next one due back to the library. I should have known to follow my gut on what to read next. I made it through 3 chapters and then with a due date in 4 days I gave up.

Unbroken by Laura Hillenbrand was one of the best books I’ve read this year. Louie is an Olympic runner that enlists in the army and becomes a great pilot, until a plane crashes in the Pacific. He survives 47 days floating in a raft, just to be captured and sent to a POW camp. He bounces from camp to camp, trying to avoid one particular cruel officer. Louie’s story is full of desperation and suffering but also of ingenuity, hope, and triumph. The chapters are short so the “just-one-more-chapter” mentality was easy to adopt but often ended with me reading into the wee hours of the night. Spoiler Alert: I cried when he is reunited with his mom.

I had How to Be Parisian Wherever You Go by Anne Berest, Audrey Diwan, Caroline De Maigret, and Sophie Mas from the library and then my sister gave me a copy for my birthday! After reading Unbroken, it was a cheery and interesting read with its short, outspoken chapters on style, beauty, attitude, culture, and men.

Why We Came to the City
Shame on me for not reading what this one was about. I saw the title on a must-read list somewhere and thought, ‘oh, this will be a light, encouraging story of young adults trying to make it in NYC.’ It was that, sort of, {SPOILER ALERT} except one of the young adults gets cancer and dies. I wasn’t even sad, I was just hoping the book would turn into what I wanted it to be. Part 2 is Why We Left the City and that’s when I stopped reading. (Amazon give is a 3.9/5 stars, NPR called it a ‘beautiful, sprawling and generous book’, and Goodreads give is a 3.6/5 stars, so clearly I’m missing something.)

Next Up: Beautiful Ruins

Loving
Alexandra’s Kitchen
I blogged about the White Nectarine Pizza and then the following week I made her Stewy Chickpea with Tomatoes and Feta. Both were amazing and relatively easy to whip up. All of her recipes look amazing, but I think next up is this Zucchini Parmesan bake with all my coworker’s zucchini.

Feeling
Old. I tweaked my back at volleyball a few Sundays ago and lived on Motrin for two days. I’ve since taken short, slow bike rides (still trying to hit that goal!), practiced yoga, and done some light weightlifting. I’d say I’m 95% back to normal now, but dang, I felt like an old man!

Laughing
The Millennial Whoop – the whoop is a real (annoying) thing, but this guy’s short rant about millennial bullying is hilarious.

My favorite part: “If you’re young and you don’t do dumb things now and then, you’re dumb for blowing being young.” Whoop there it is.