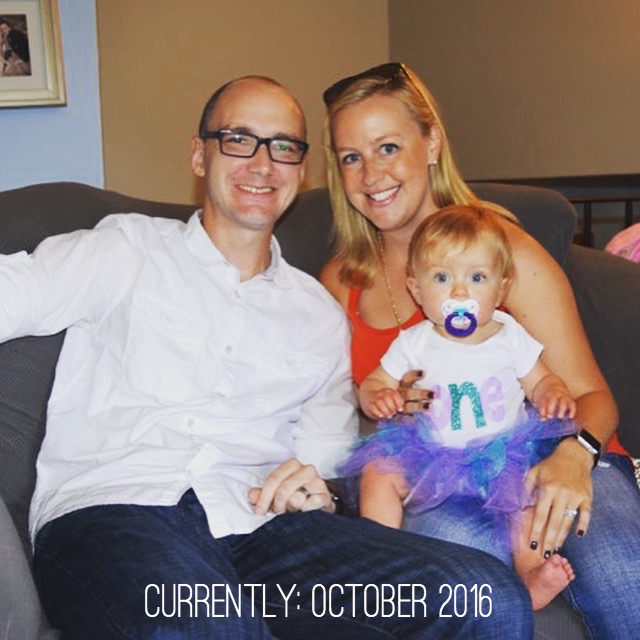 My great grandma always said that time goes by faster as you get older and now that I’m older, I get it. How did we already celebrate Violet’s first birthday? It seems like just yesterday our friends came over and told us they were expecting, and it feels like just last week that I gave her the I Spy quilt.

Watching
We watched The Night Of, a mini-series on HBO. The first episode sets up a hideous murder in NYC and the remaining 7 episodes follow the investigation, the legal process, and the accused (Nasir Khan) in prison. The show stars John Turturro, which I associate with Adam Sandler movies, like Anger Management and Mr. Deeds. But looking at his IMDb page, he was also in O Brother, Where Art Thou?, Transformers, and a voice in Cars 2. I like him. The series could have been 6 or less episodes if they hadn’t gotten so arty with some of the scenes. There weren’t that many prison fight scenes, but one of them seemed to last forever. I hate seeing that stuff, I closed my eyes, put my hands over my ears and hummed. The scene when Jack is looking for Dwayne looked just like what I imaged the deli looked like in the e-book My Korean Deli (my review). Nasir also reminded me of Adnan Syed, from season one of NPR’s Serial podcast. I’m glad we waited until the mini-series had aired, because we binged, hard.

I also watched about 3 episodes of UnREAL and it was real bad. I wouldn’t recommend it, unless you just had a concussion and need something mindless to watch and you’ve already burned through all the Real Housewives.

Football! Vikings fans were bummed to hear about Teddy’s injury.

Especially after seeing this:

Listening To
I wanted to like the Revisionist History Podcast so much, because I like all of Malcolm Gladwell’s books. After sampling two of them I unsubscribed though. It just didn’t grab my attention.

I’ve only listened to a few TED Radio Hour Podcasts, but so far they’ve held my attention and make me feel smart… since I’ve been listening to audio books, rather than MPR on my commute.

I started listening to LaRose by Louise Erdrich, because the library request list for the audiobook was around 10, versus the print book, which was over 100.  That should have maybe been a clue that it’s better to be read than listened to. Similar to my review of All the Light We Cannot See, I think this one would be better read than listened to. I’d often find myself daydreaming about something else and have to go back. So as soon as I received The Girl in the Red Coat by Kate Hamer, I quickly switched over. Just as quickly as I switched over I quickly became engrossed in the book. Antonia Beamish does a wonderful job narrating it with her character voices. (I’m starting to think my favorite audiobooks are those with narrators who have great voices.) It gets a little weird, but is SO good. I often found myself sitting in my car listening to more.

Reading
In Playing Dead, Elizabeth Greenwood investigates what it takes to fake your own death in this dark, but sometimes comical romp through the world of death fraud. I zipped through it in about a week; it was witty, entertaining, and just weird enough.

Tweeting
I’m tweeting more and I think I’m starting to get the hang of it. Follow me @em_everything.

Golfing
We took a random Monday off in September to get out on the course. I used GolfNow to find and book our tee time at Hidden Greens Golf Course. 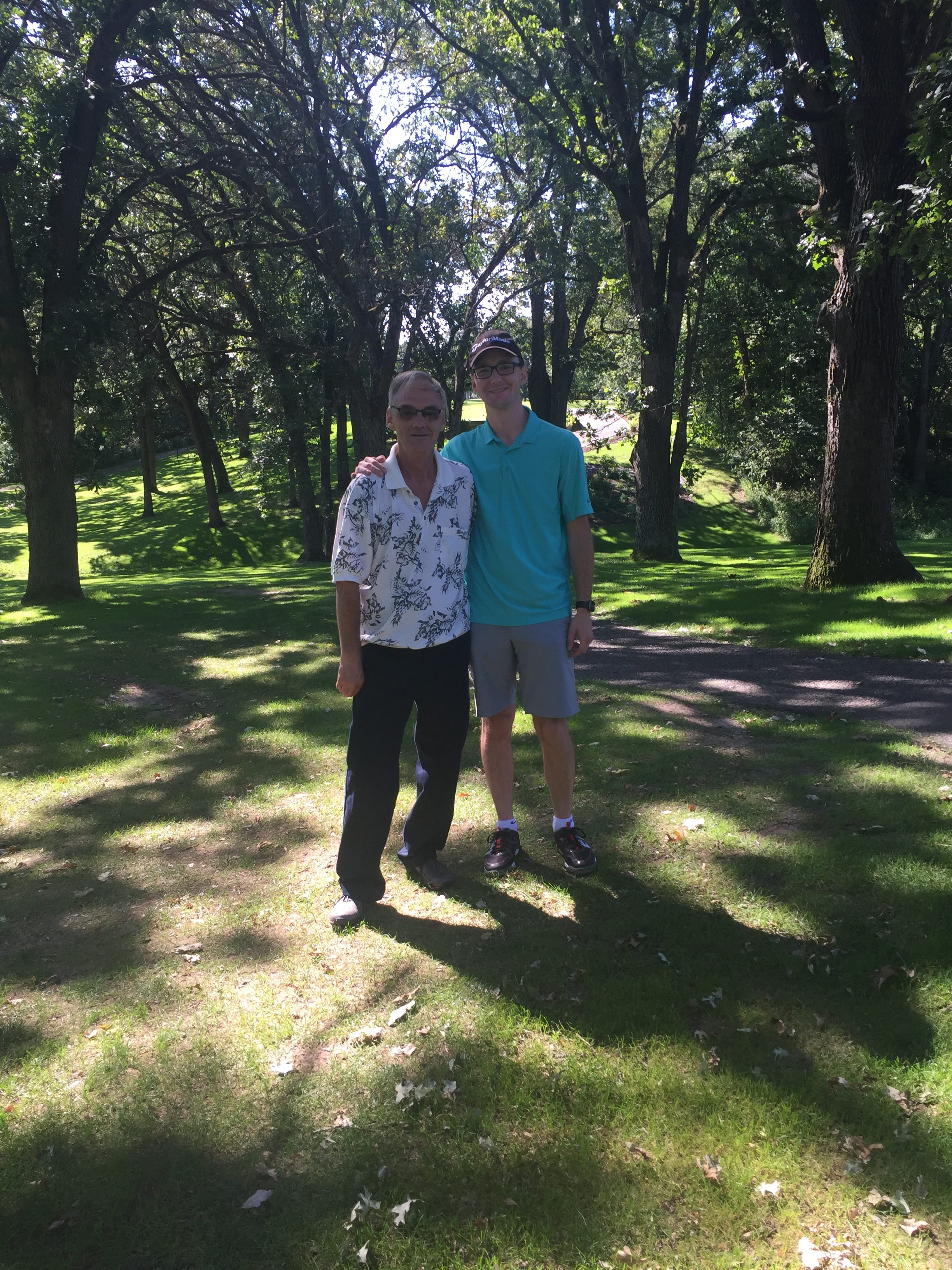 Nolan’s dad and aunt joined us as well. It was the perfect day to be out on the course and not behind my desk. Our weekends have been so busy that taking a day off of work was the only way to guarantee a round. 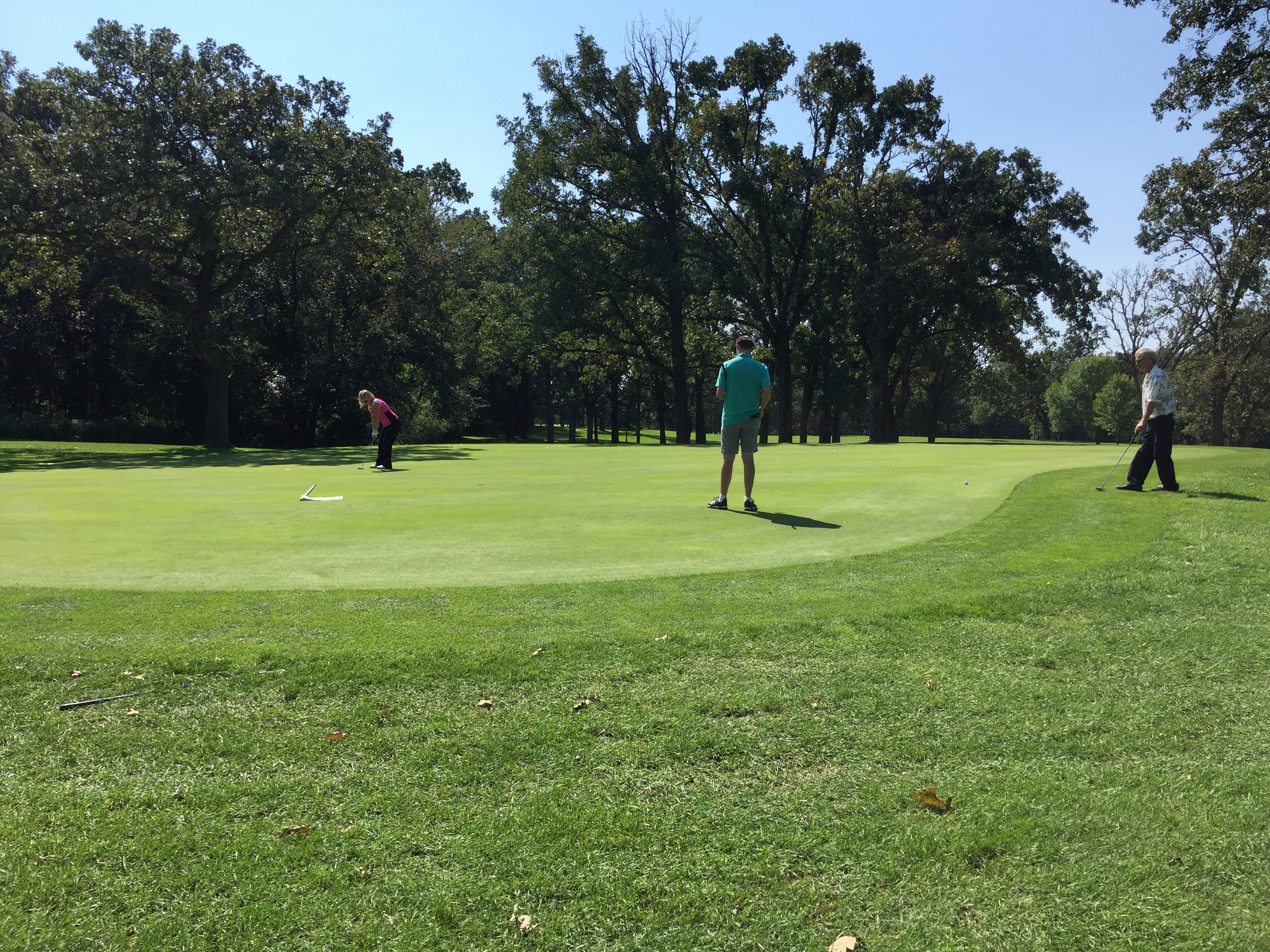 The course is very wooded, which gets in the way if you can’t hit the ball straight, but makes for a nice backdrop. We all played OK. I hit a 50-ft putt and had a few solid drives. I feel like I’m just starting to get into a groove- another reason why the end of summer is terrible.

Planning
As I mentioned, we’re dabbling with the idea of selling and moving back into the cities. With that goal in mind we’ve adjusted our house plans to be more appealing to the masses and would give us the most return. Sadly, the master bedroom wardrobes didn’t make the list. More to come on what did make the list!