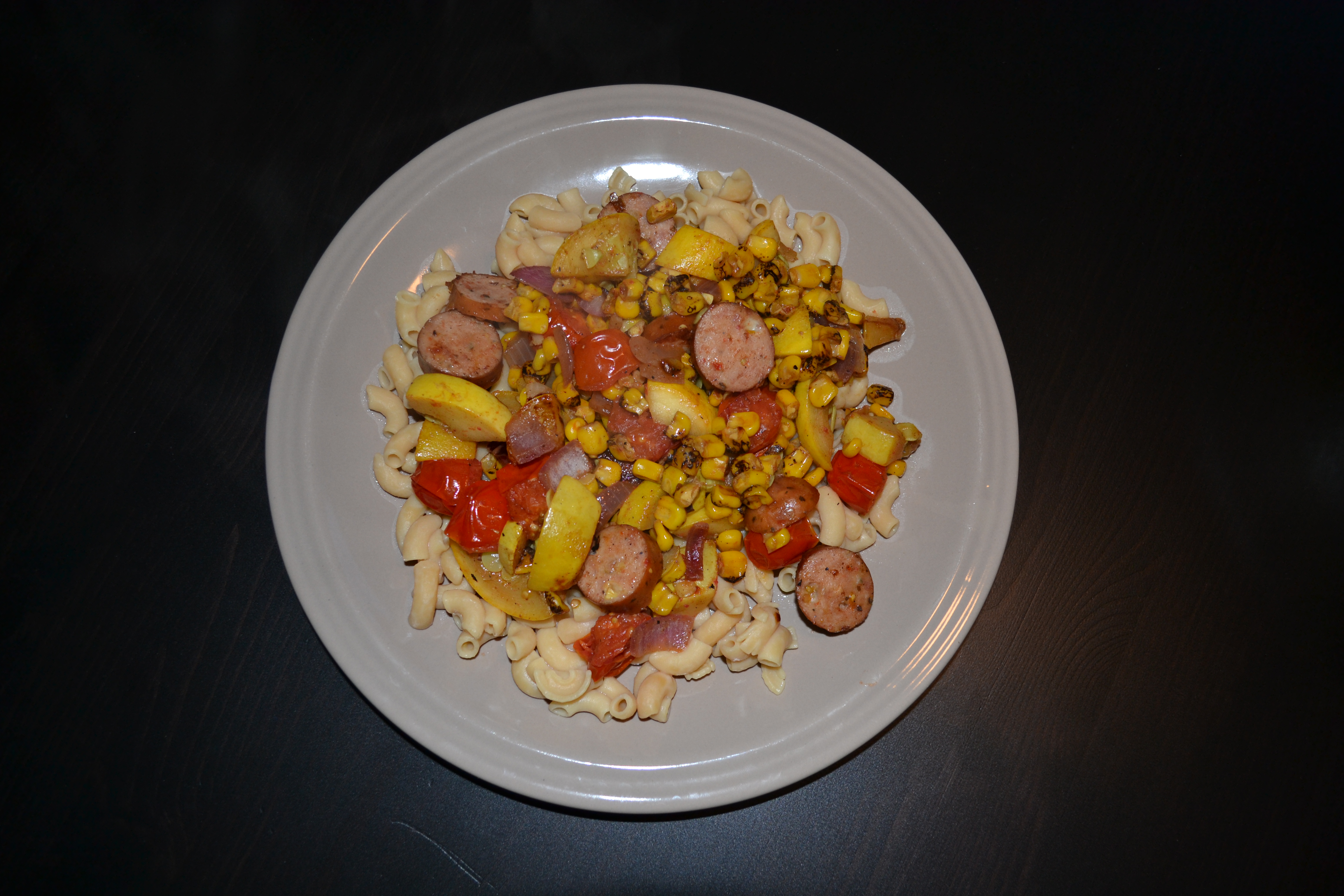 One of the things I love about cooking is the ability to make things up as you go; omit ingredients, add others, etc.  I recently made a version of Rachael’s Good Eat’s Vegetable and Chicken Sausage Chickpea Pasta with a few modifications and it turned out fantastic! 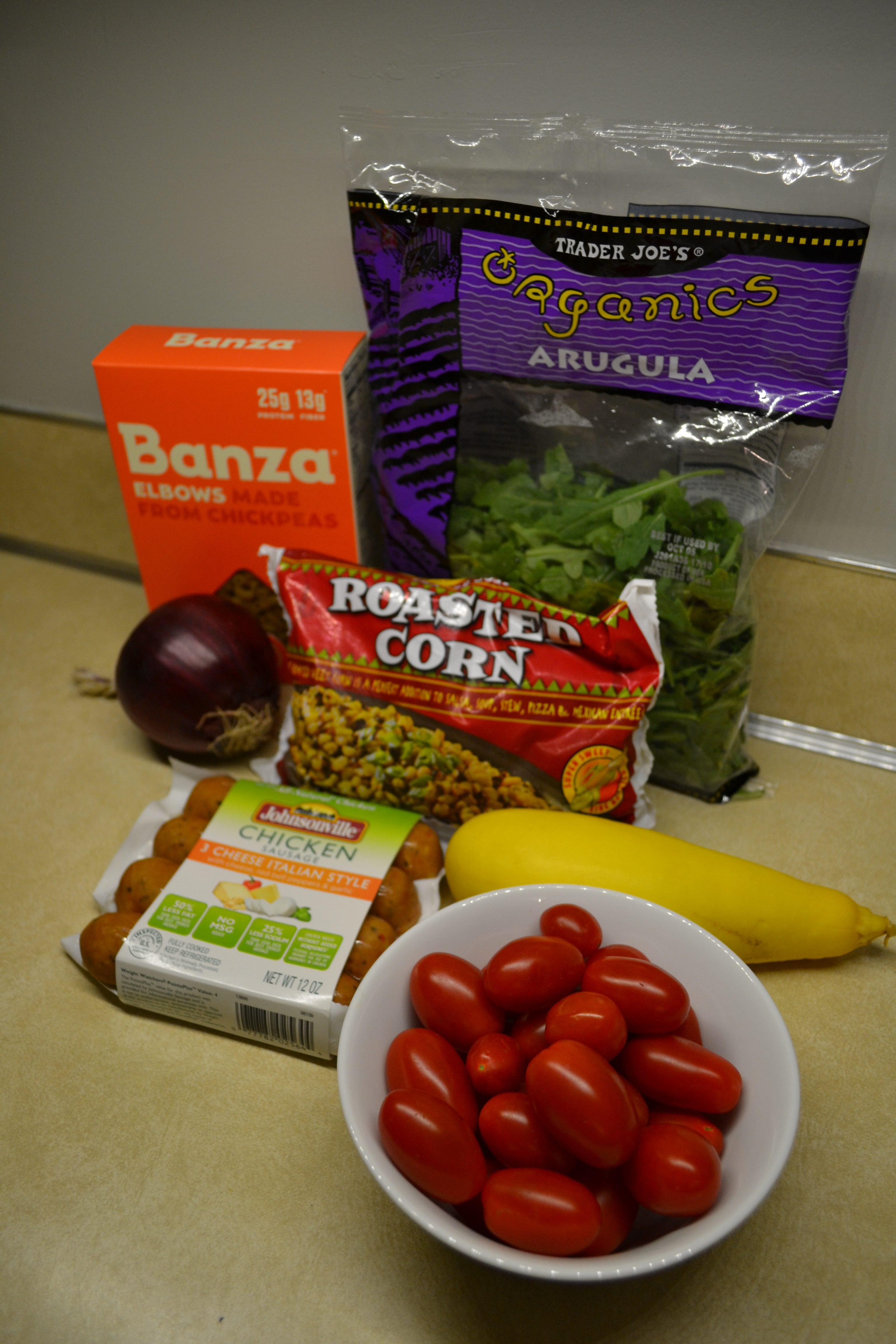 The chicken sausage, yellow zucchini, red onion, and grape tomatoes are from Hyvee (still love that store). I had leftover Trader Joe’s arugula from my roast beef pickle roll-ups. I already had the pasta from a bulk Amazon order form when I made Beef and Vegetable Pasta. (Upon further inspection the arugula had gone bad.) 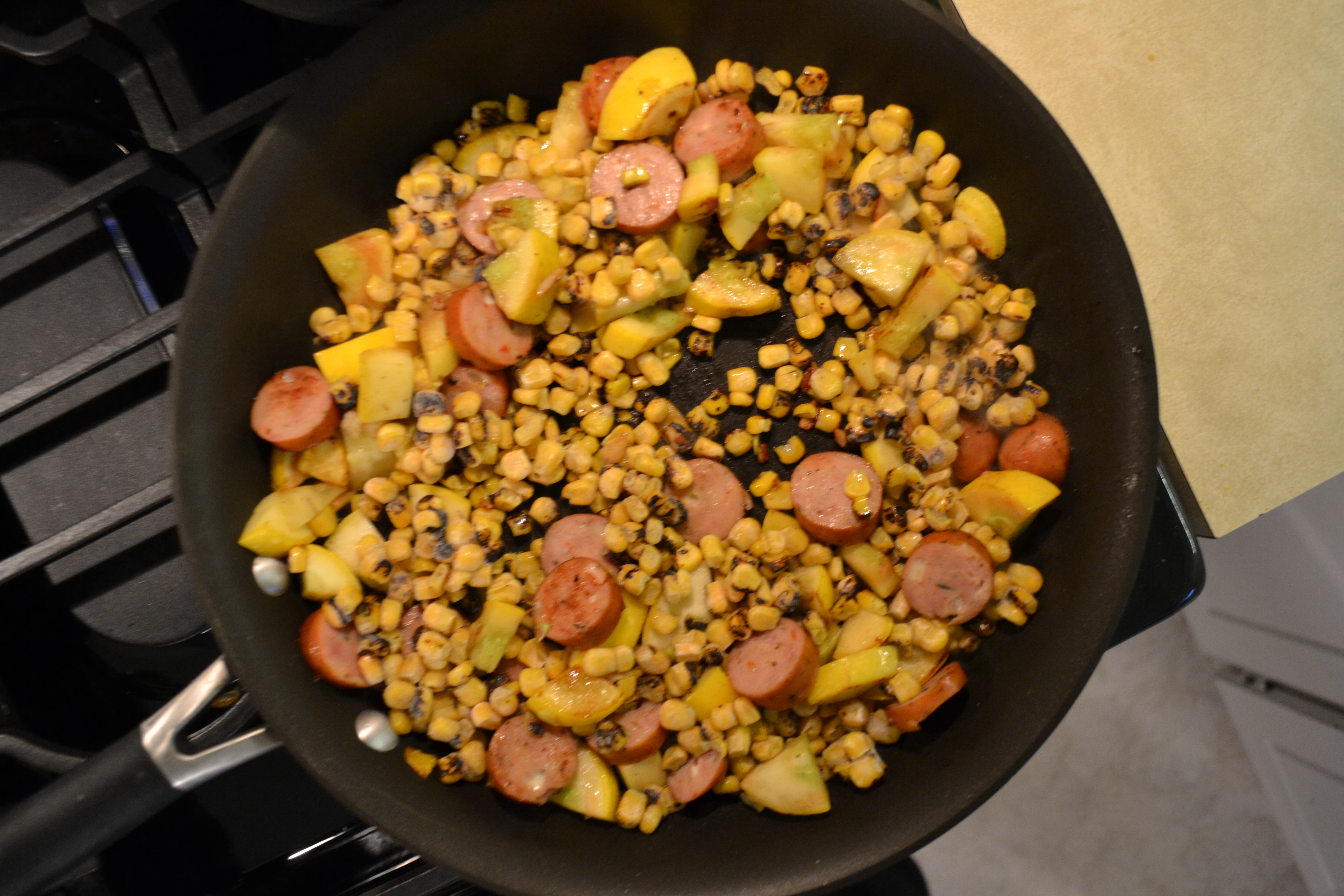 Our other stove was also gas, which I like, but this new range is on steroids. Medium on the new stove is the equivalent of hot on the old one, and the temperature control is amazing. The only complaint I have is about the middle griddle. I haven’t actually used it yet, but when it’s in the middle I can’t fit my large pan on the range. I’ve settled for making the two left burners its usual home (I don’t have any cupboard space to spare). 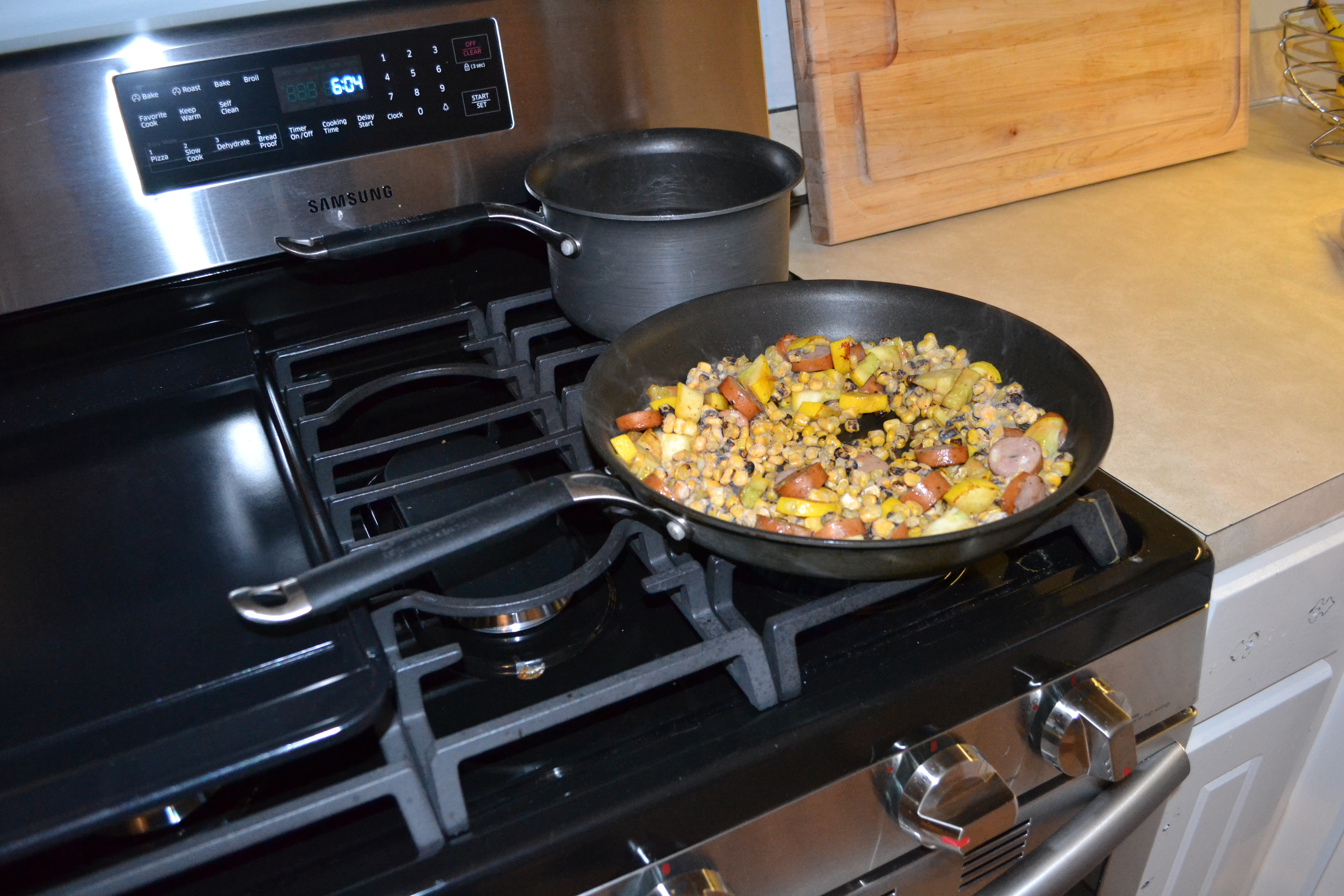 It’s no longer symmetrical but I find it easier than moving it every time I want to cook. Let’s be honest, if the griddle pan size is all I have to complain about I’d say it’s doing pretty well. 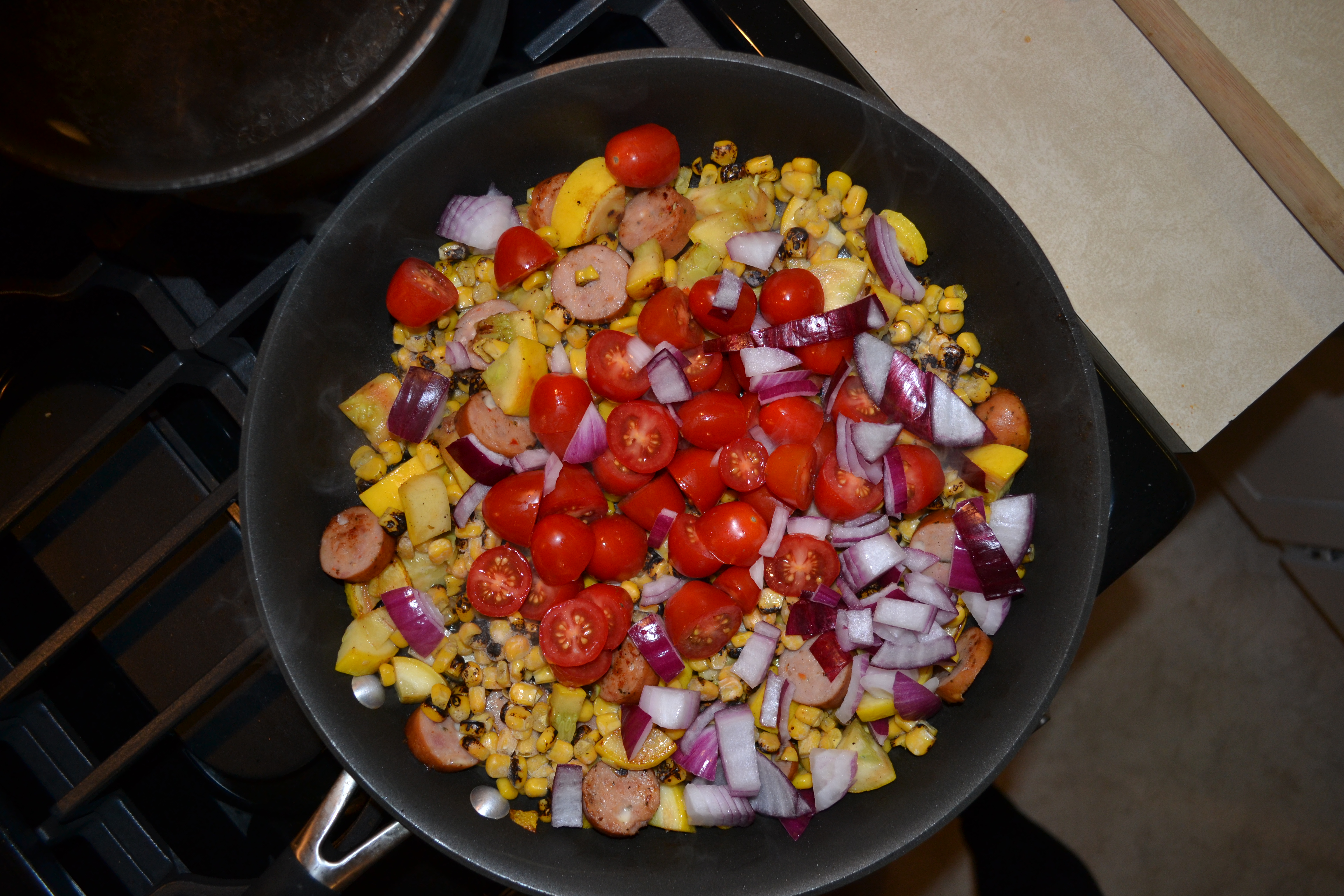 Unlike the Rachel’s recipe I let the tomatoes simmer a long time so they were totally cooked and mushy- just like I like them. I also ended up using less noodles than called for, even though they have less carbs and more fiber, I’d still prefer to fuel up with vegetables and healthy protein. 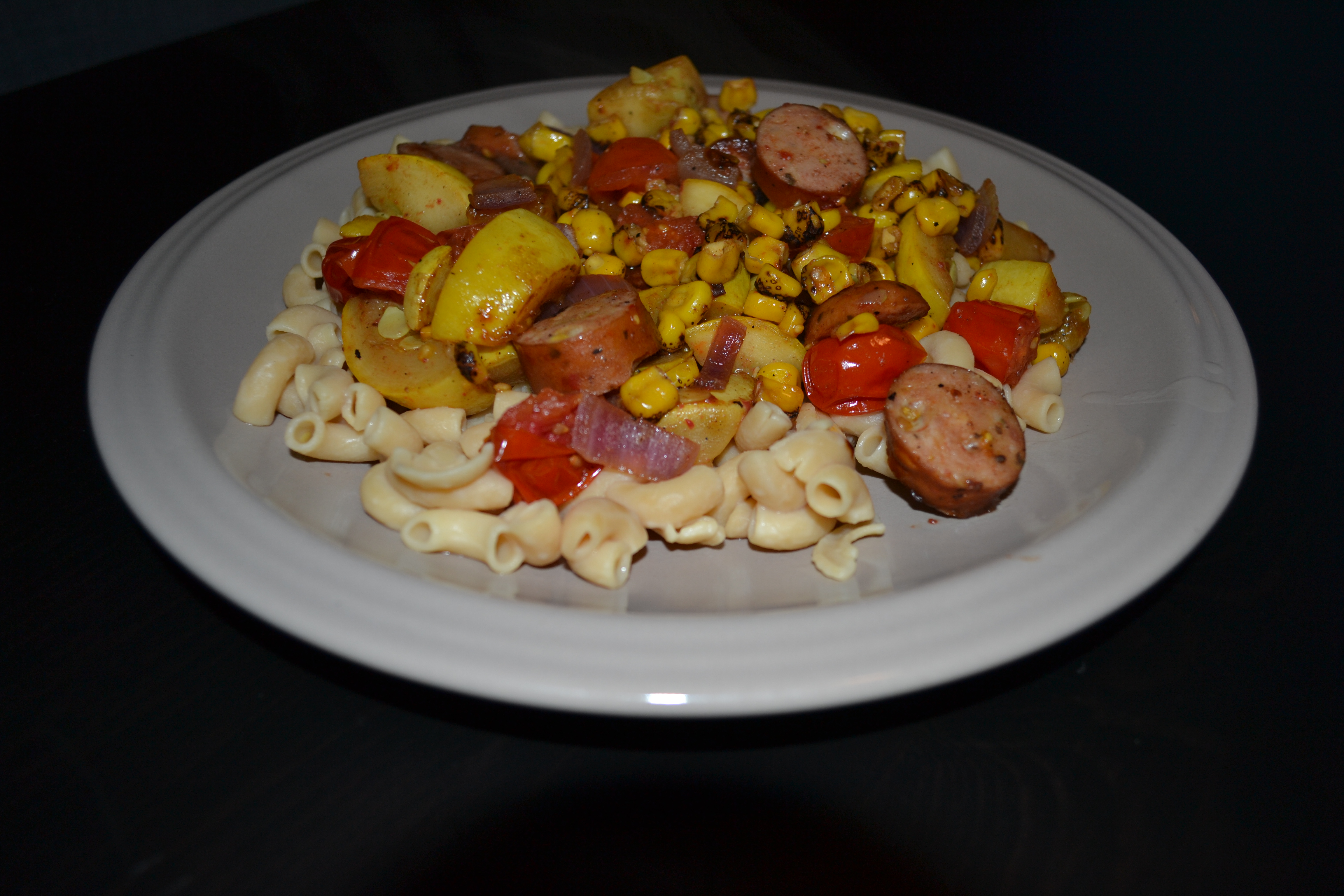 Unlike baking, I like the creativity cooking gives you. It usually works out, but for the times it doesn’t, drown it in cheese. 😛