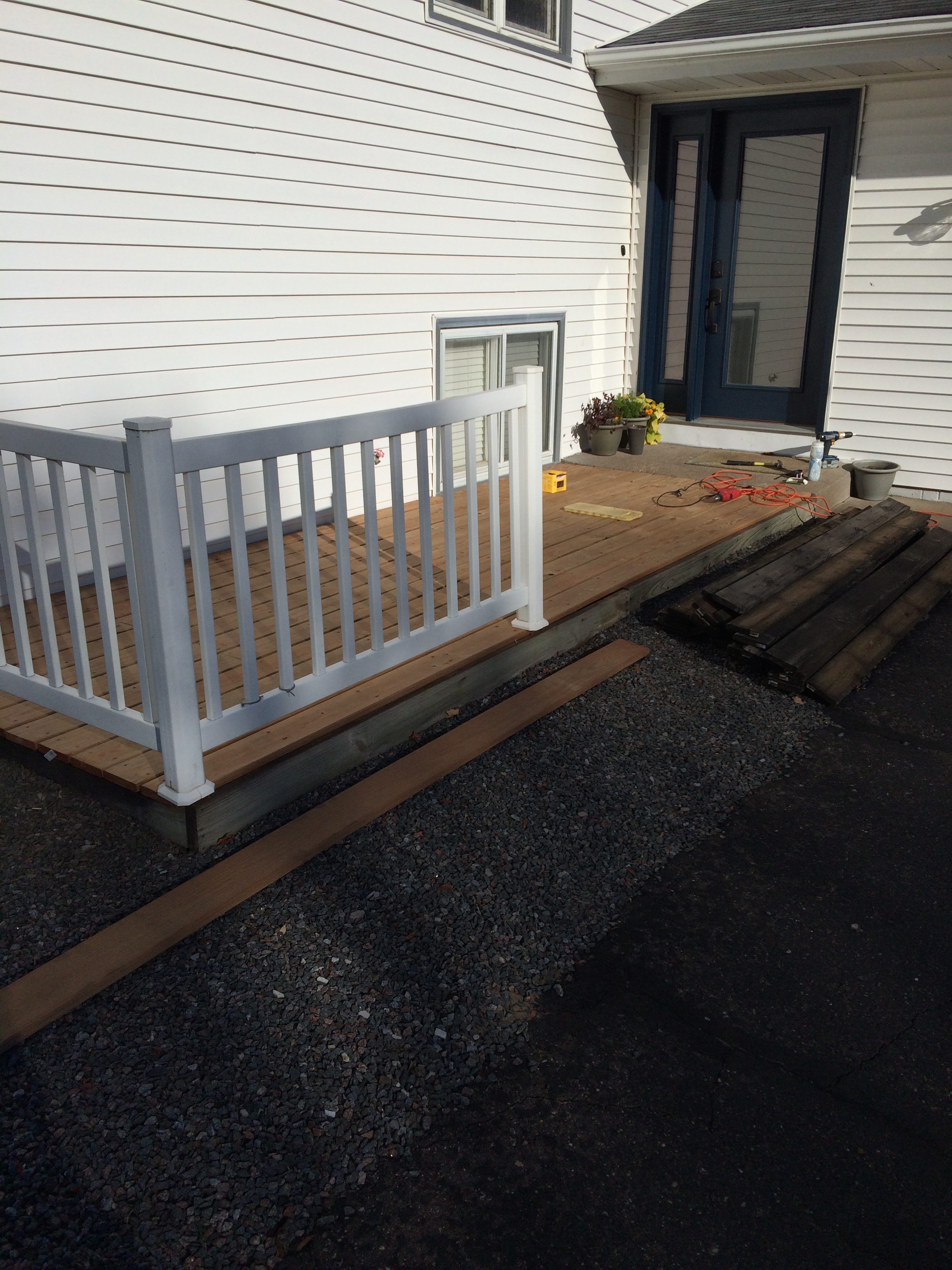 We recently replaced the rotting deck boards on our front deck. Compared to our back deck, this was a much quicker (and cheaper project), but adds some much need curb appeal.

You got a sneak peak at the rotting front deck boards last April, when I was showing off our new front door, lights and Schlage locks. 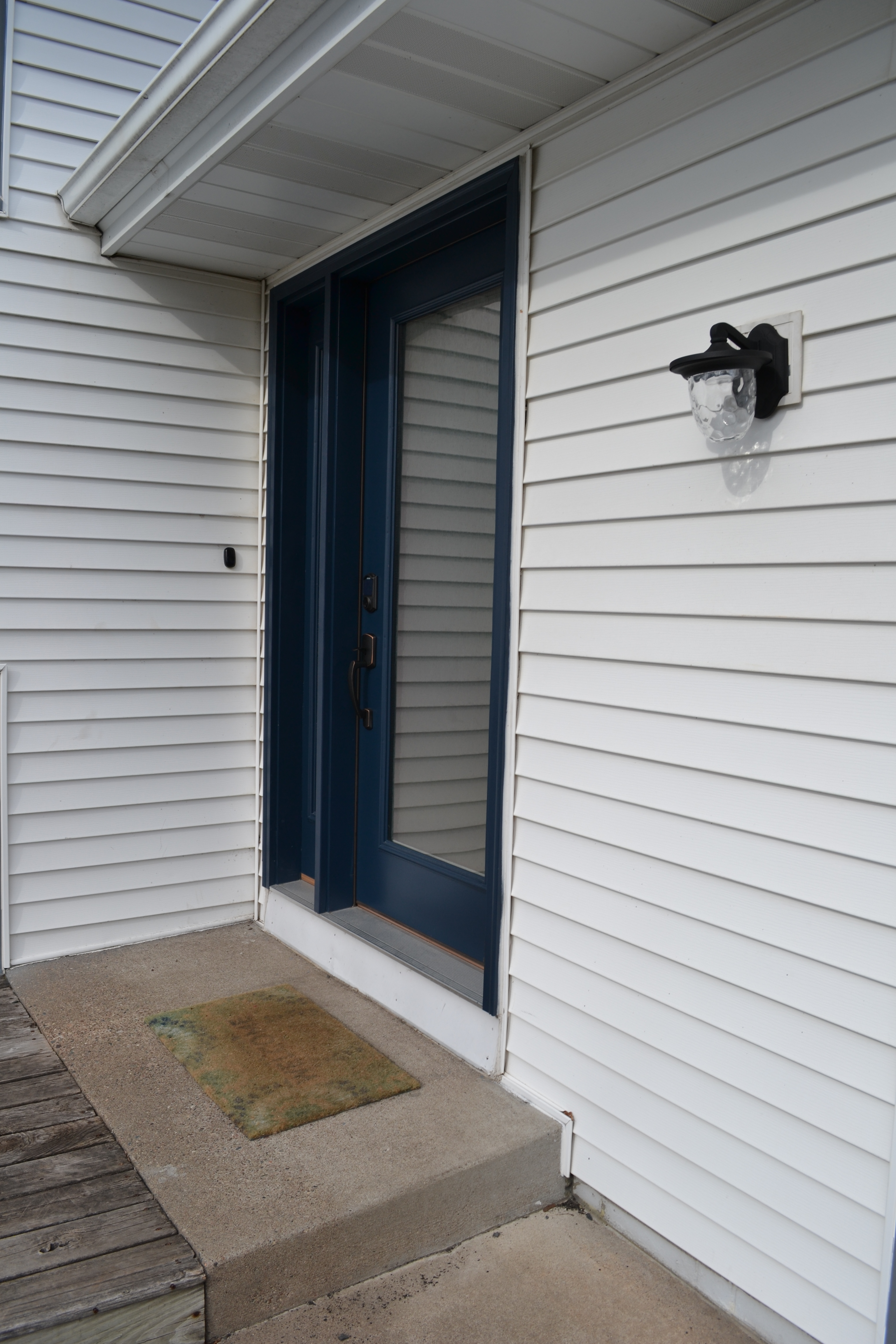 Luckily the deck boards were all screwed in, so removing them was a snap. Nolan was doing this while I was working out downstairs (see my snapchat day), so I opened the curtain so Sophie could keep an eye on him. 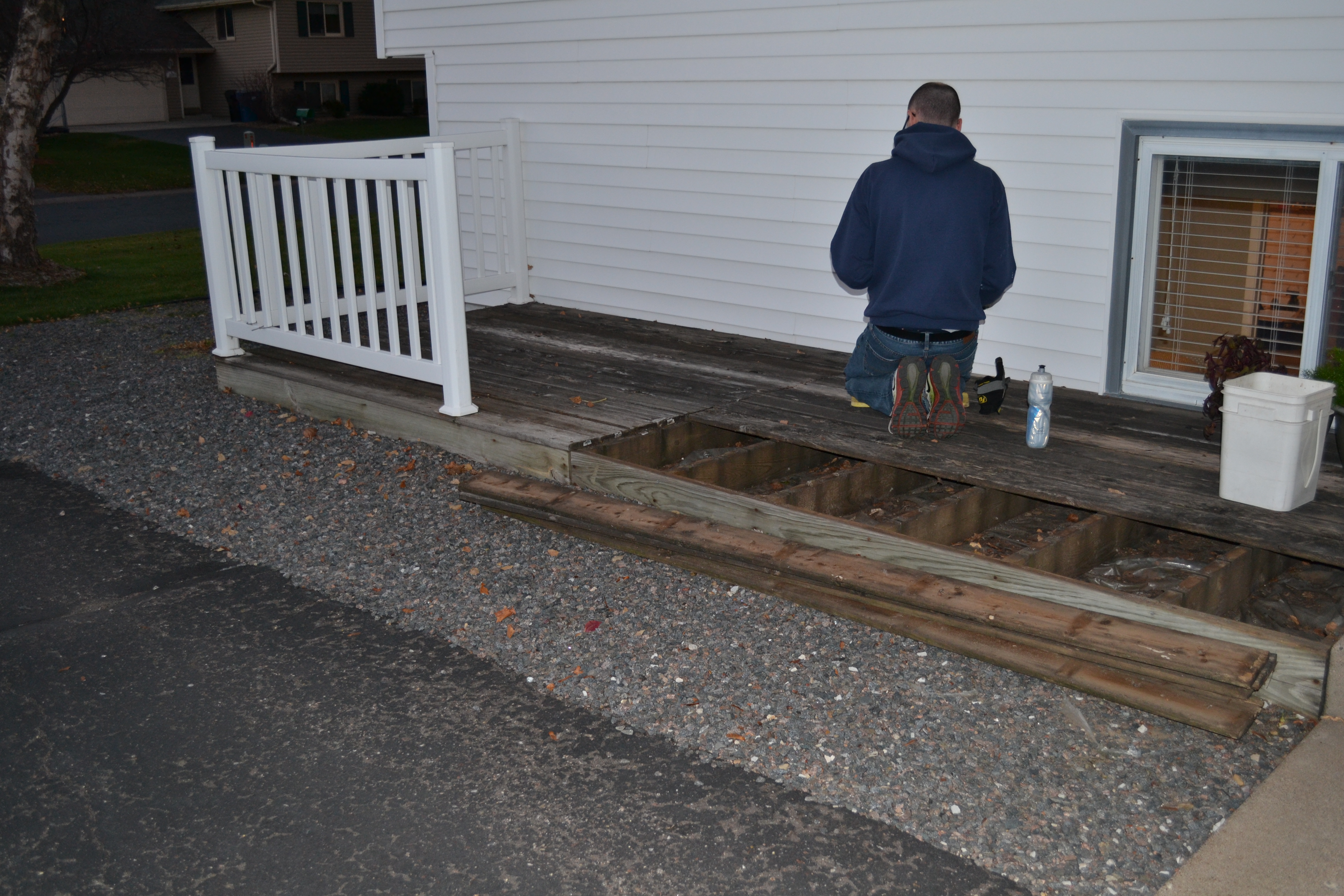 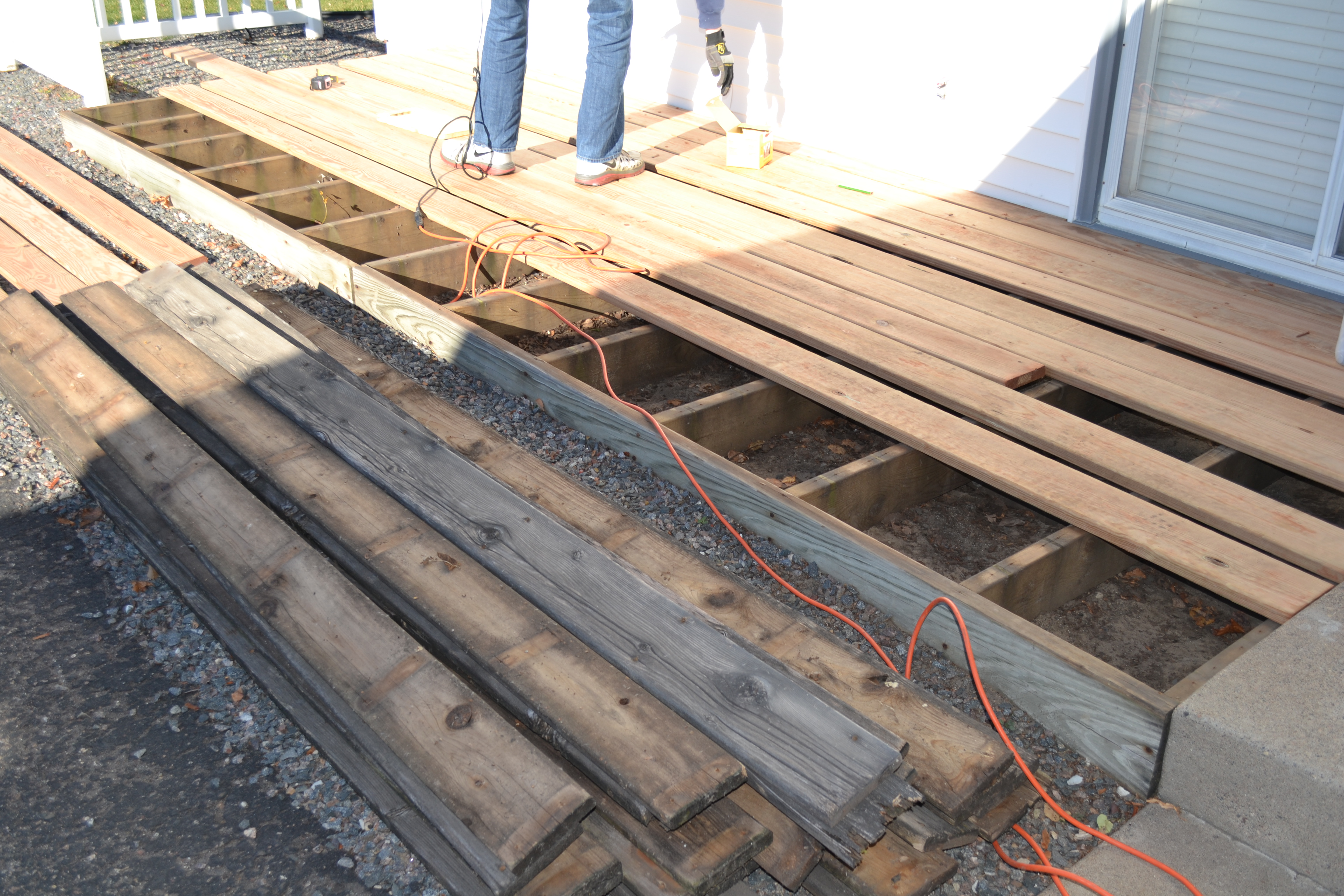 Once Nolan got all the new boards on, he re-installed the white railing and boom! Project done. Between removing the old boards and adding in the new ones, this was a two day project that really spruced up our outside entry.

One thought on “Front Deck: A two day project to add curb appeal”