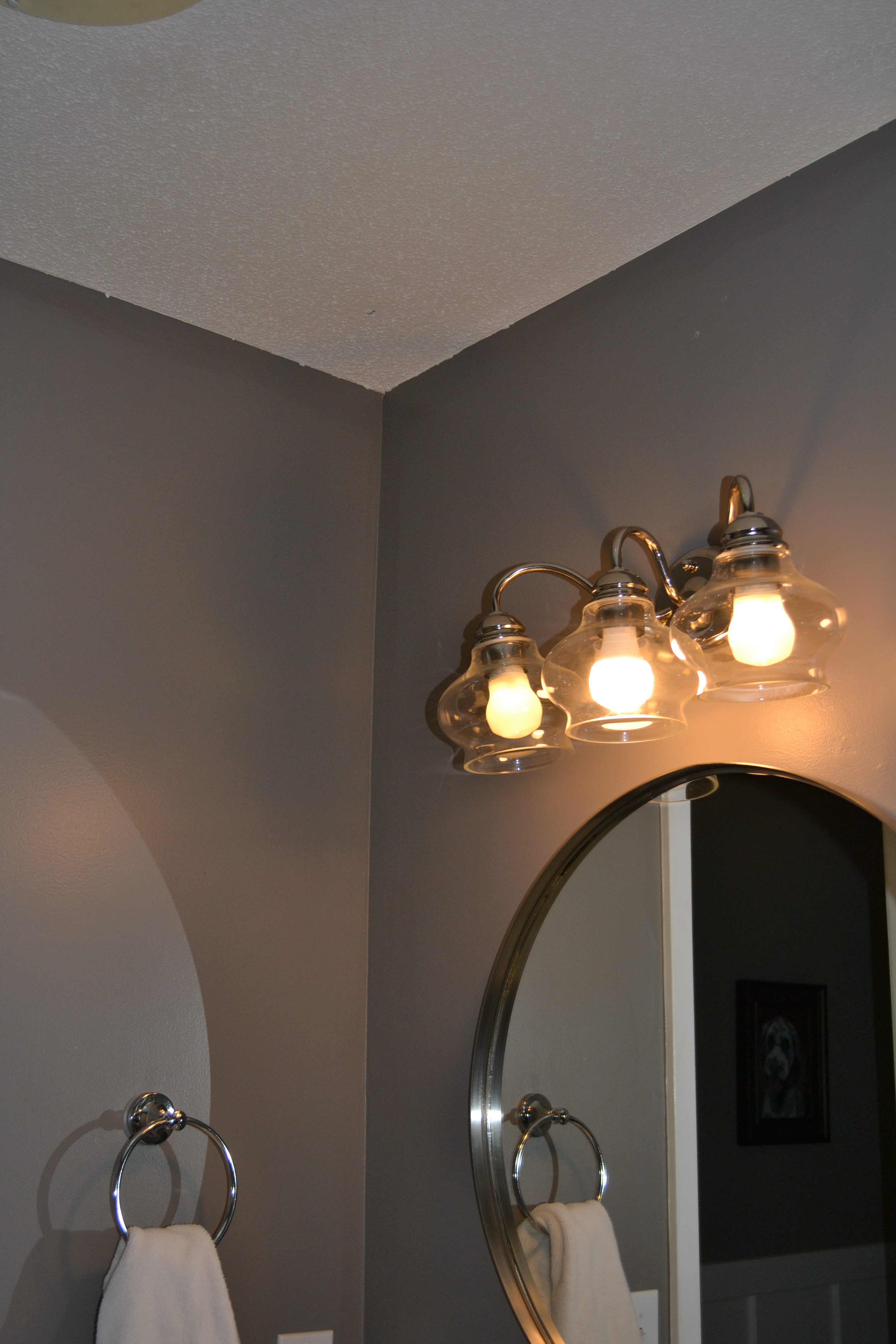 We’ve painted popcorn ceilings before, but that was in a large, empty room. Not in a small cramped bathroom with lots of corners and obstacles.

When I found the right color and finally painted the bathroom I only slipped up once on the ceiling. The white popcorn ceiling made it next to impossible to wipe off the gray paint though. The spot is above the shower and looks like mold. 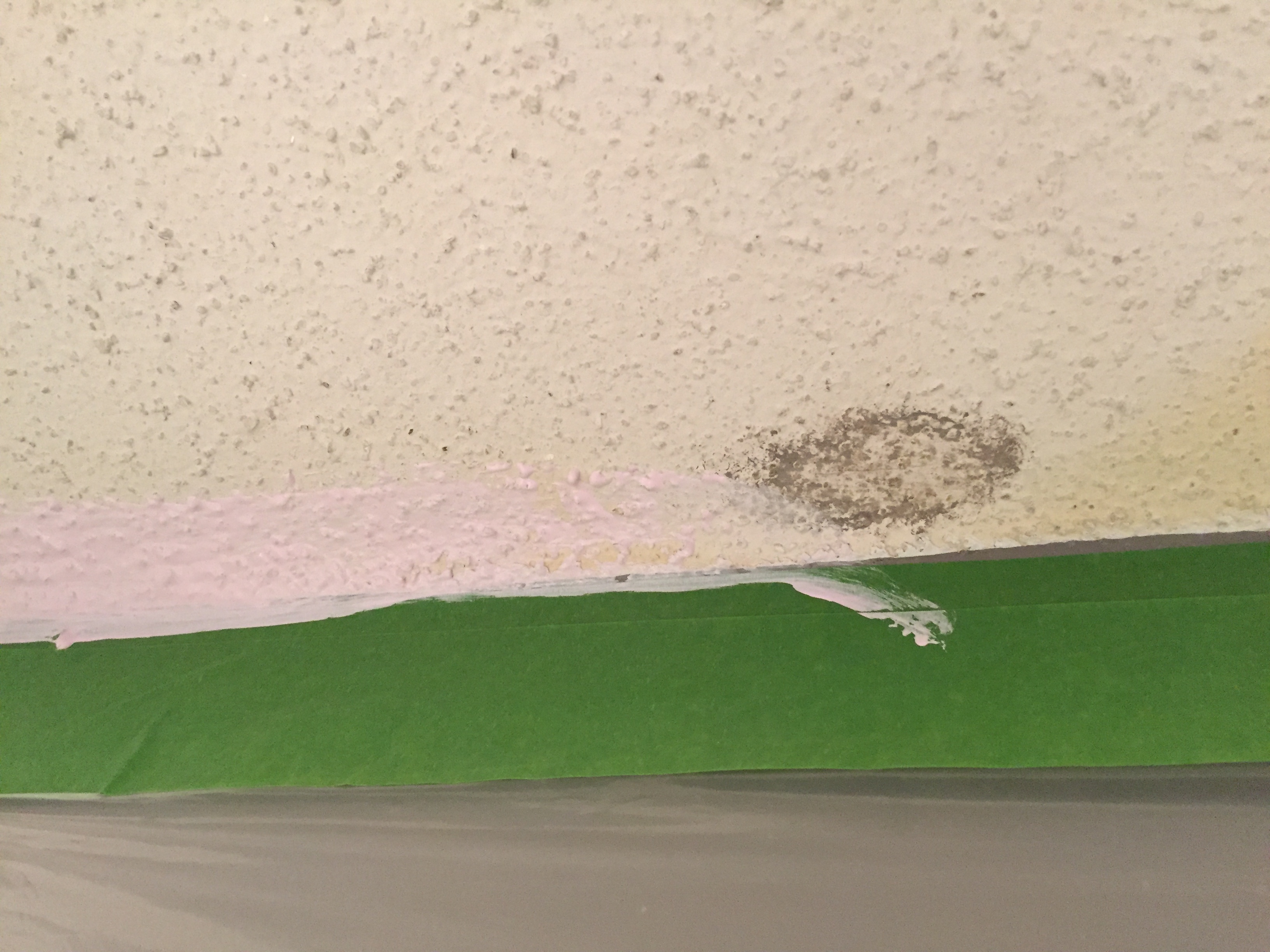 We’ve lived with it since, but now that we’re thinking about selling, we knew that painting a popcorn ceiling was in our future. The other popcorn ceiling we painted is the front bedroom. We had almost everything cleared out and had a ton of space to work with. The only thing I could really clear out of the bathroom was the shower curtain. 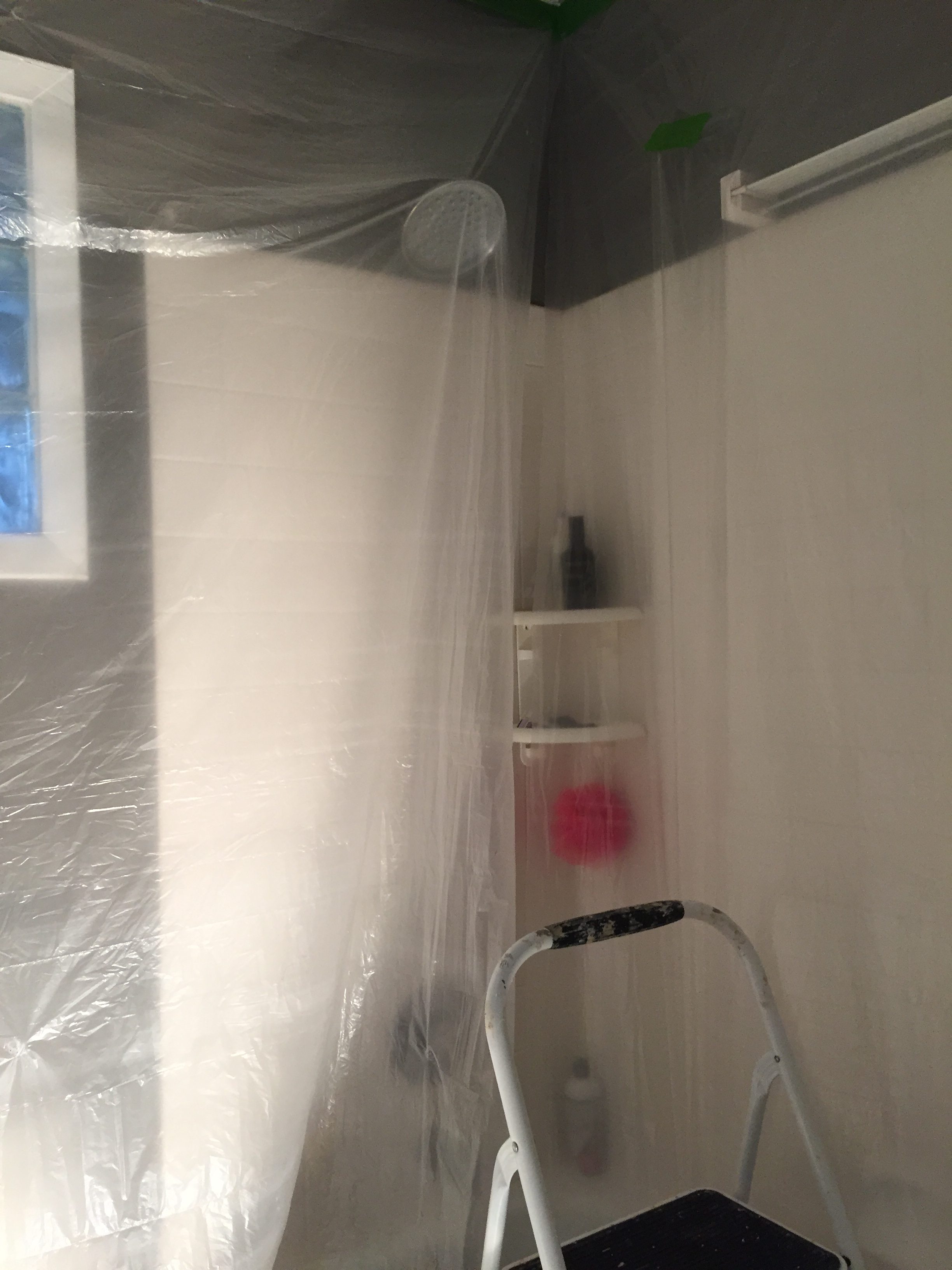 I figured the skim coaters were on to something when they covered everything up, so I followed suit. First, I taped the edge where the wall meets the ceiling and then I taped up cheap plastic sheets over the walls and everything. I brought in a work light so that I wouldn’t have to worry about the plastic melting on the lights. 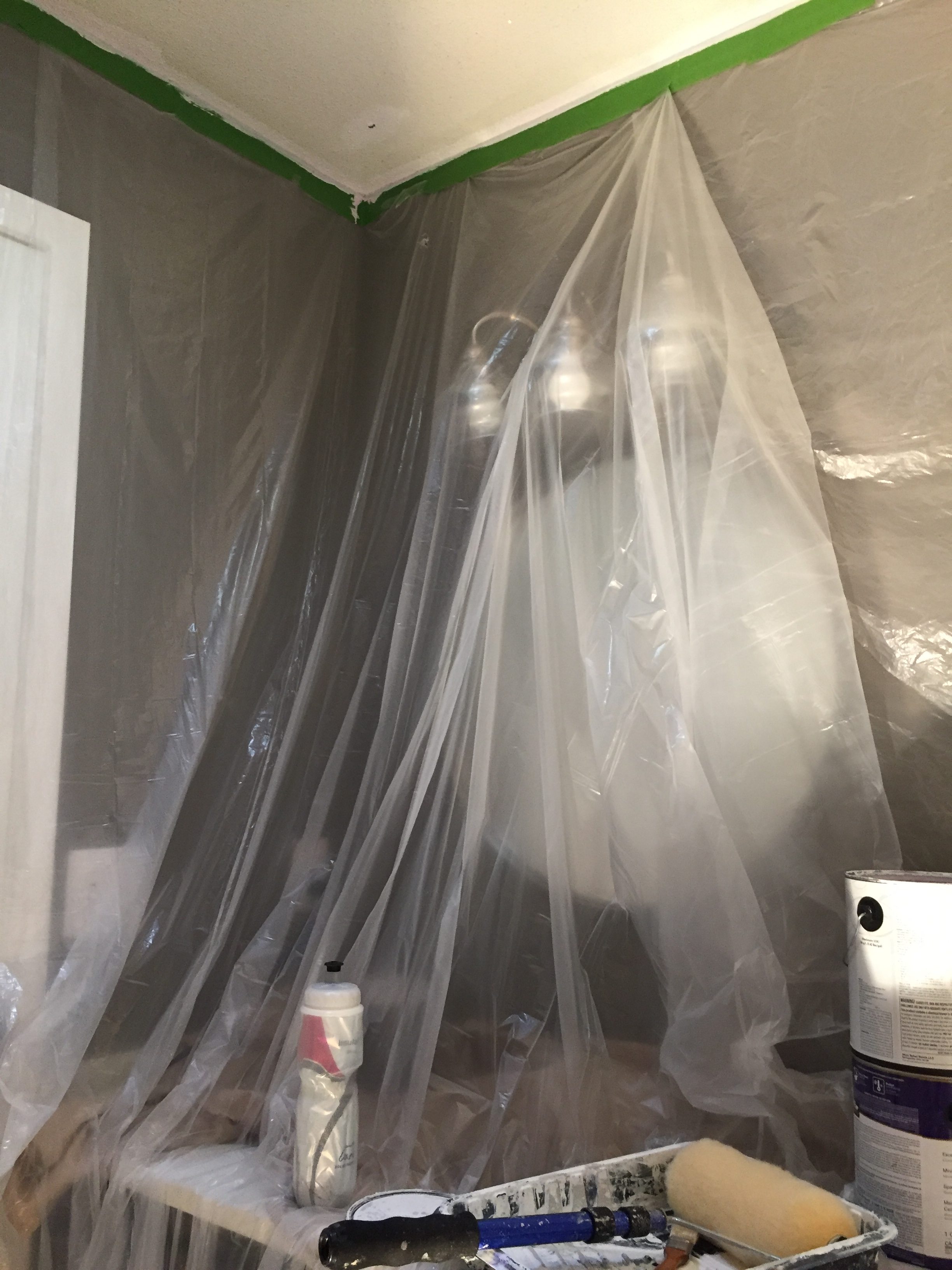 I did the first coat in Glidden ceiling paint that goes on pink and dries white. We had this left over and I wanted to use it up. The second coat was with Behr ceiling paint, which I actually preferred. It seemed to go on thicker and is a brighter white. 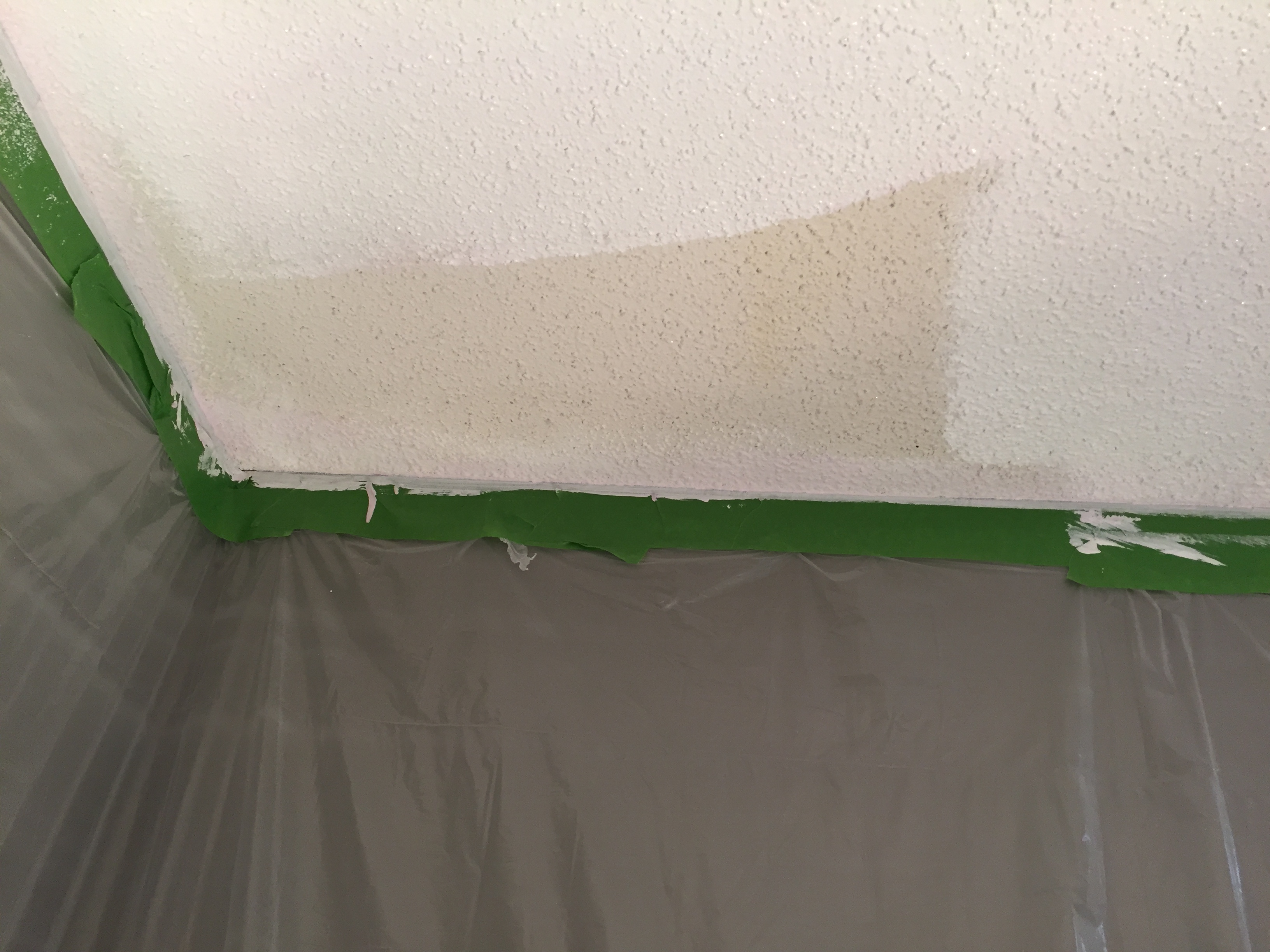 I first cut in around the edges and then went back with the roller. The trick with painting a popcorn ceiling is to only roll in one direction. You can’t roll back and forth a bunch like you normally would to get good coverage. Instead you roll once East-West and then the second coat you go North-South. The roller ends up weighing about a million pounds, but it’s worth it to get a lot of paint on it for good coverage. I’m not trying to paint a ceiling any more times than necessary. 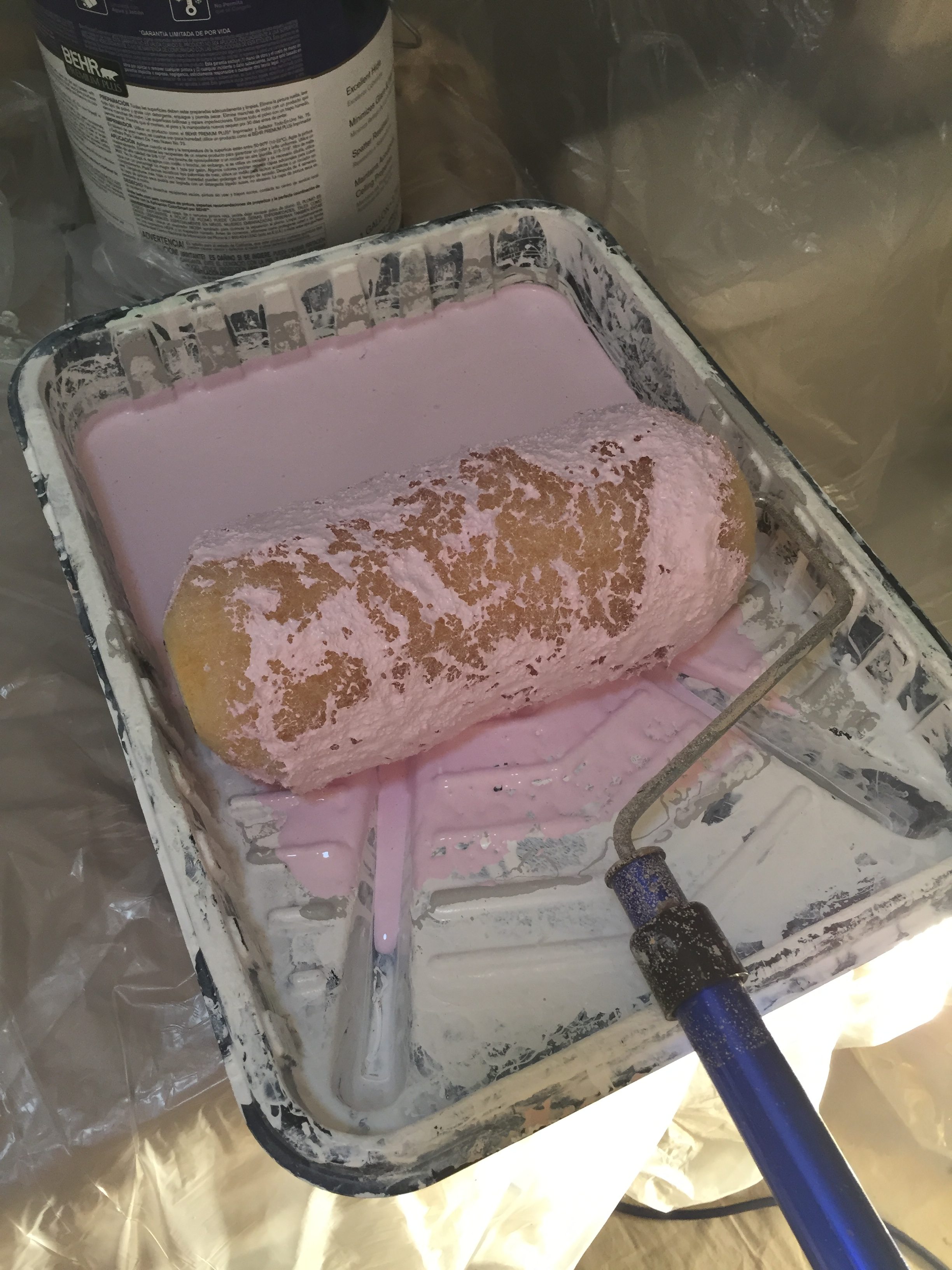 The plastic was even over the door, so while I waited for the paint to fade to white, I just sat in the bathroom. Luckily I took my cell phone with me so I could take these pictures and have something to do while it dried. After the second coat went up I ripped the plastic off and took a huge breath of fresh air. It took about half a day and now you can’t even tell where the stain was! 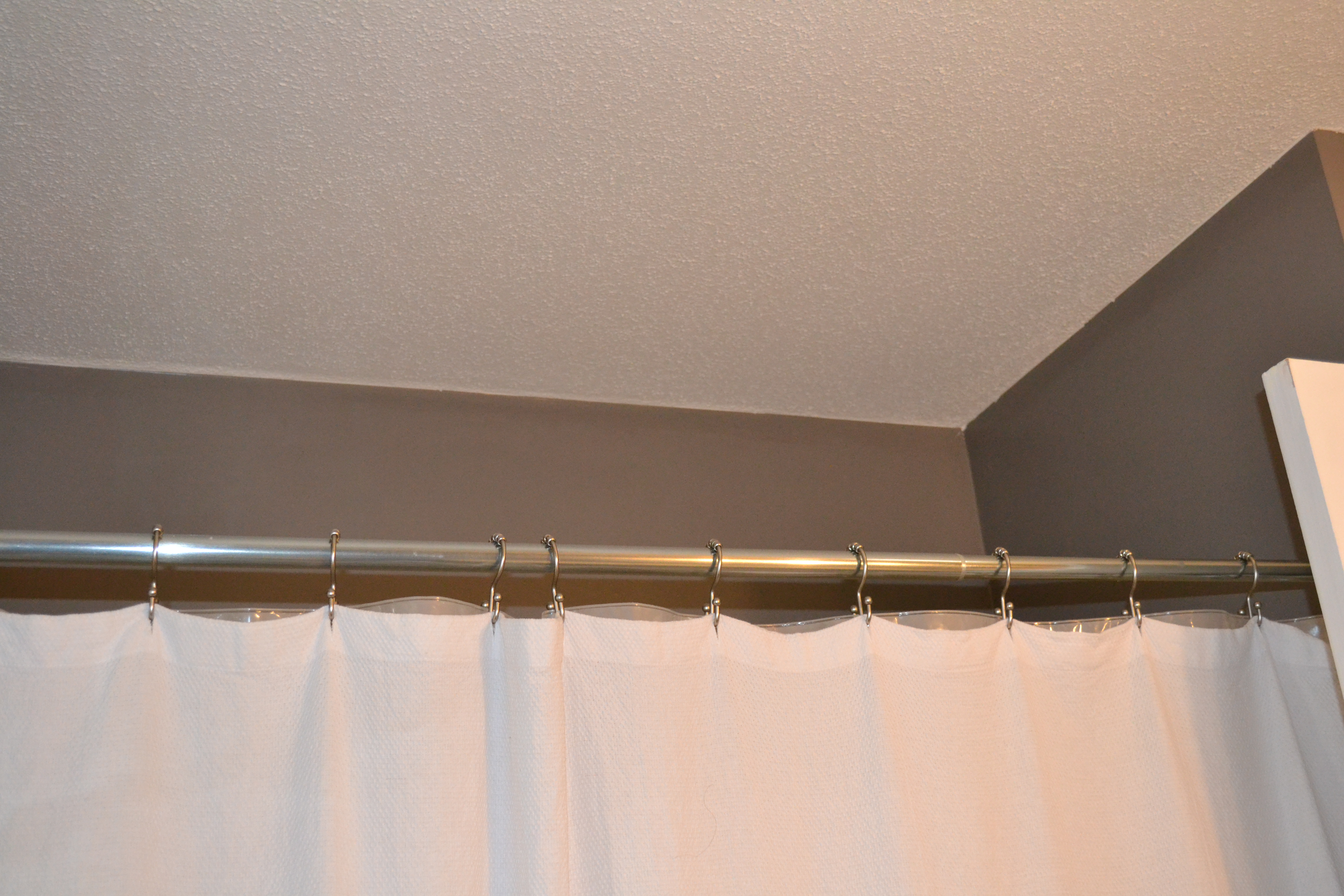 4 thoughts on “Painting a Popcorn Ceiling”