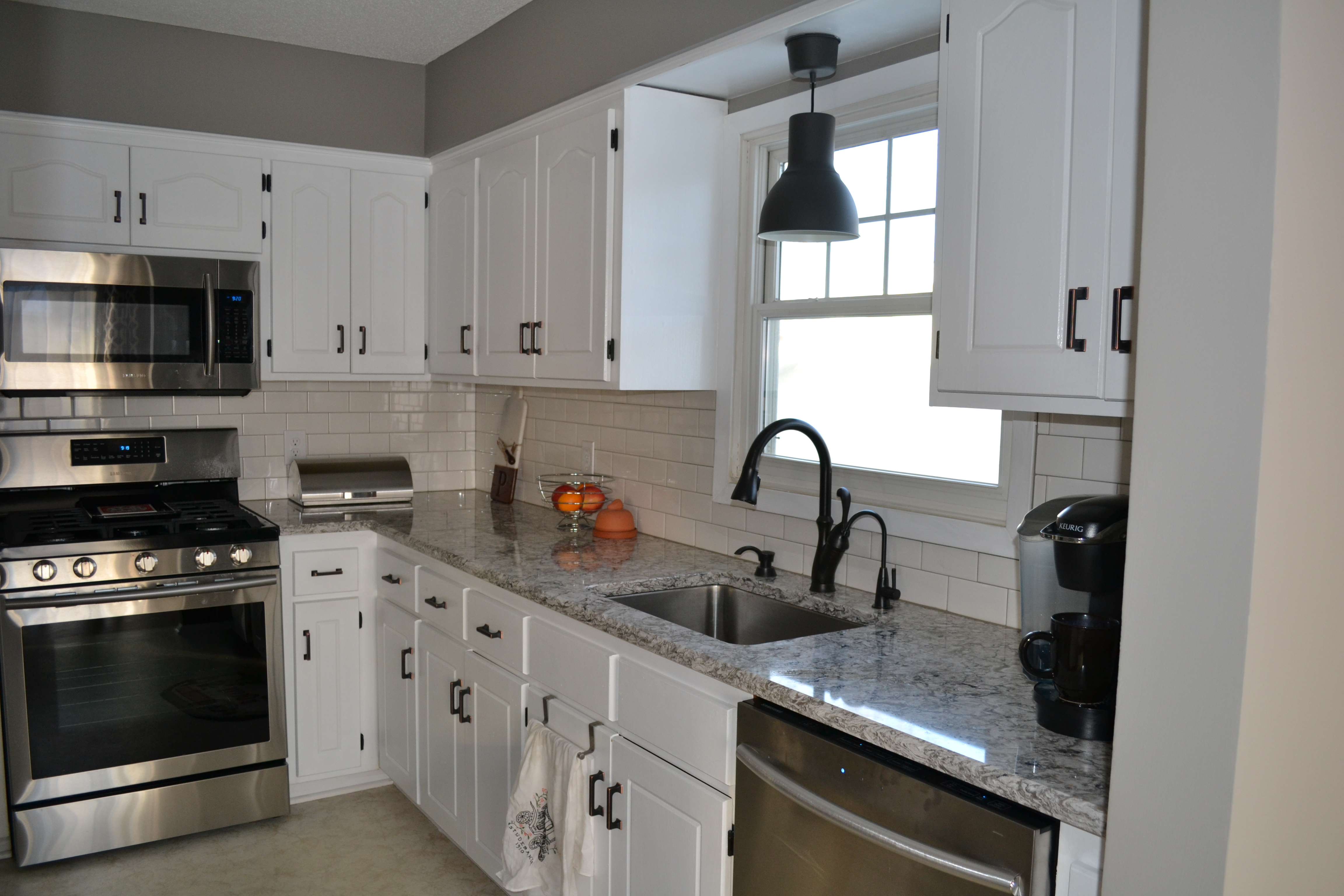 Finally, the long awaited kitchen reveal! As I did with the living room, dining room reveals, I’d like to take a little walk down memory lane. Read on for more before/during/after photos!

The small corner in the kitchen used to have an L-shaped bench and table. When we moved in we put our little Ikea cubby thing in it’s place. 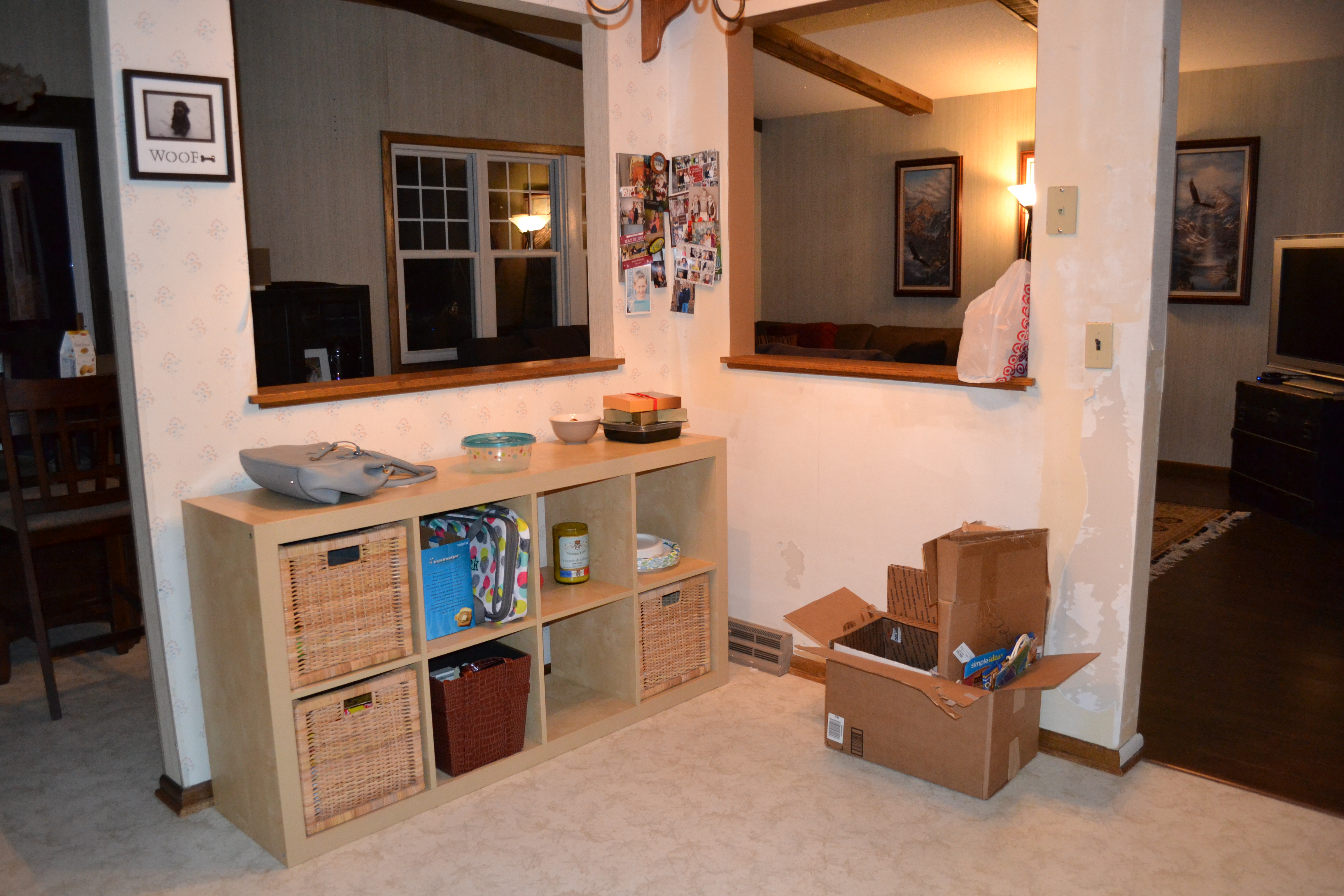 The appliances were mixed matched and the countertops were your standard laminate, which actually held up really well. You can even see the old hallway in the picture below. 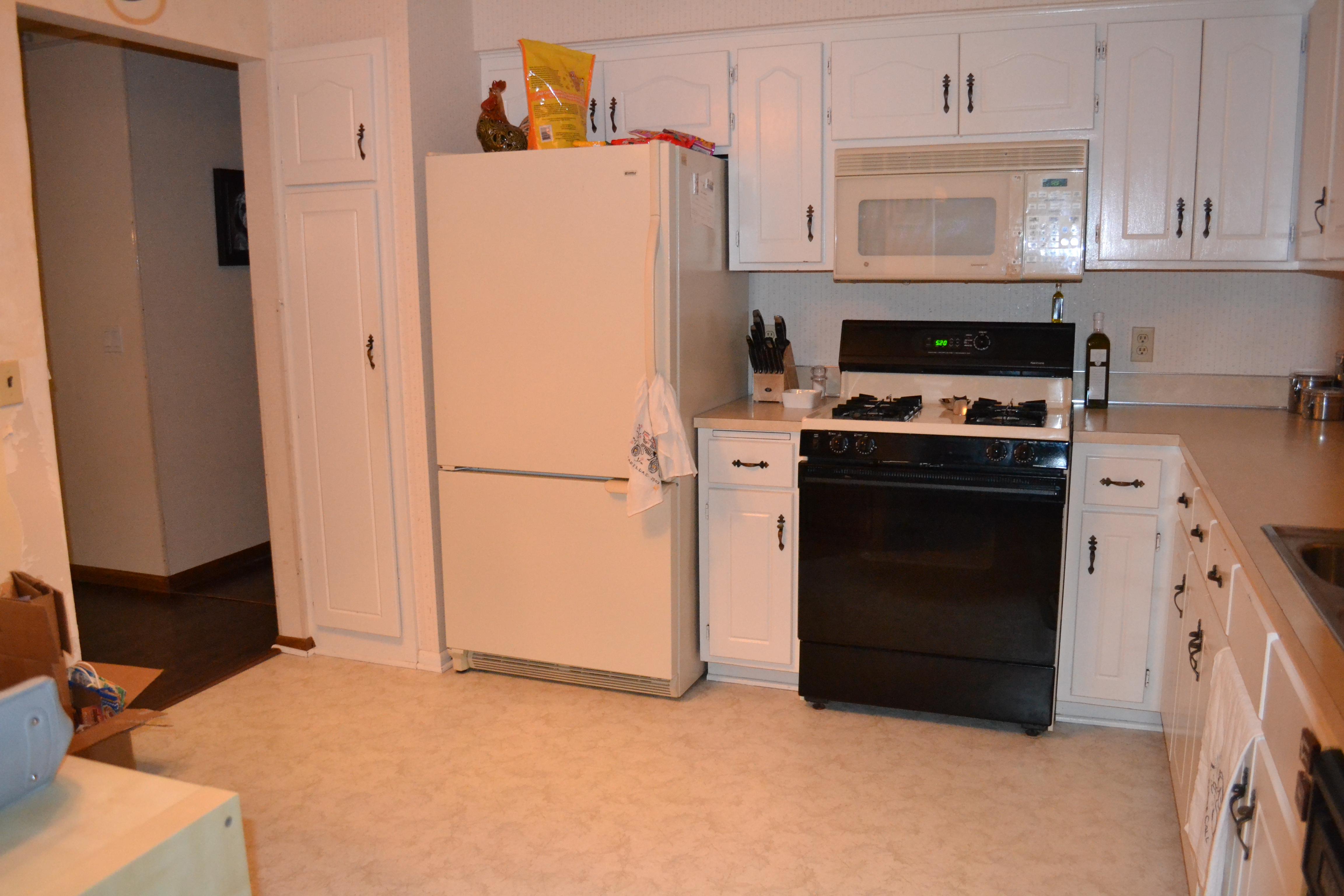 Everything in the kitchen was functioning so we didn’t change much right away. But then I got the itch and removed the wallpaper, updated the faucet and installed a new light over the sink. Even those small changes made the kitchen more “us”. 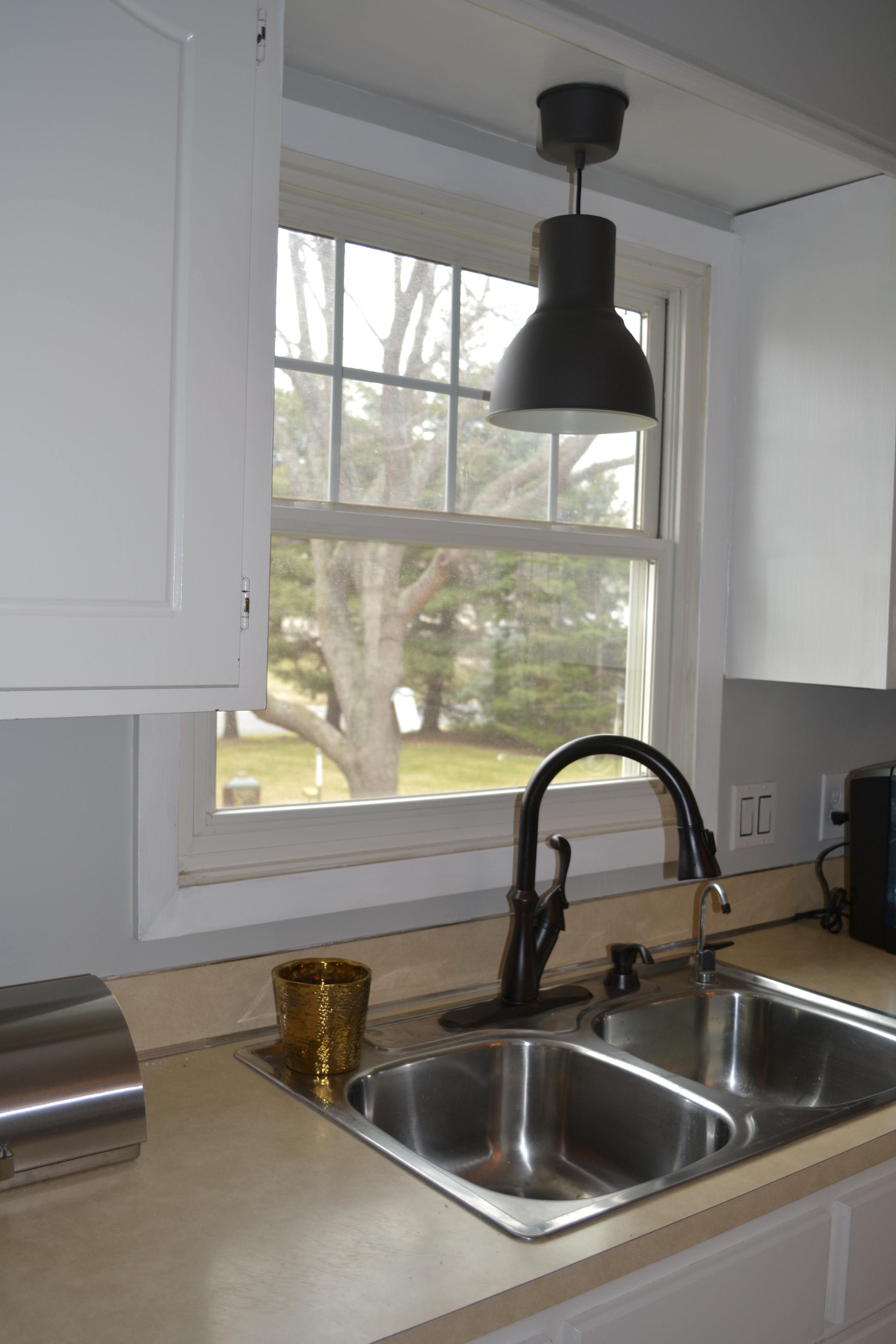 Some months later we upgraded our appliances and I installed a few random knobs. The old range was gas too, but the new one has the ability to have a much bigger/smaller flame. You know, for all the simmering I do. 😉 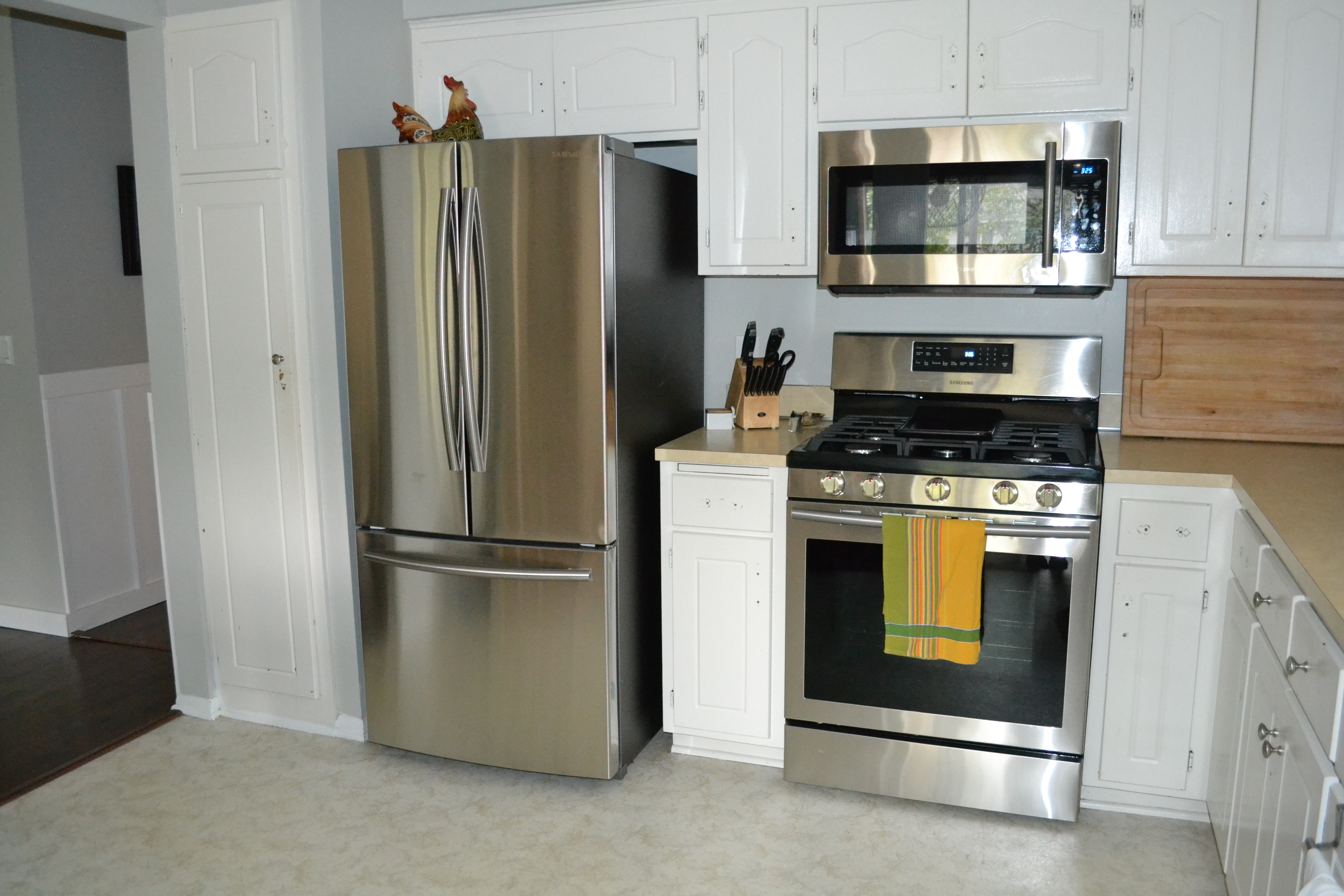 Next, we re-painted the cabinets and installed all oil-rubbed bronze hardware. Then, the big skim coating palooza happened, followed by a fresh coat of Sherwin Williams Pavestone. We swapped out the cubby thing for a small table and two chairs. It took away some storage, but is way more functional now. Can you spot our doorbell? 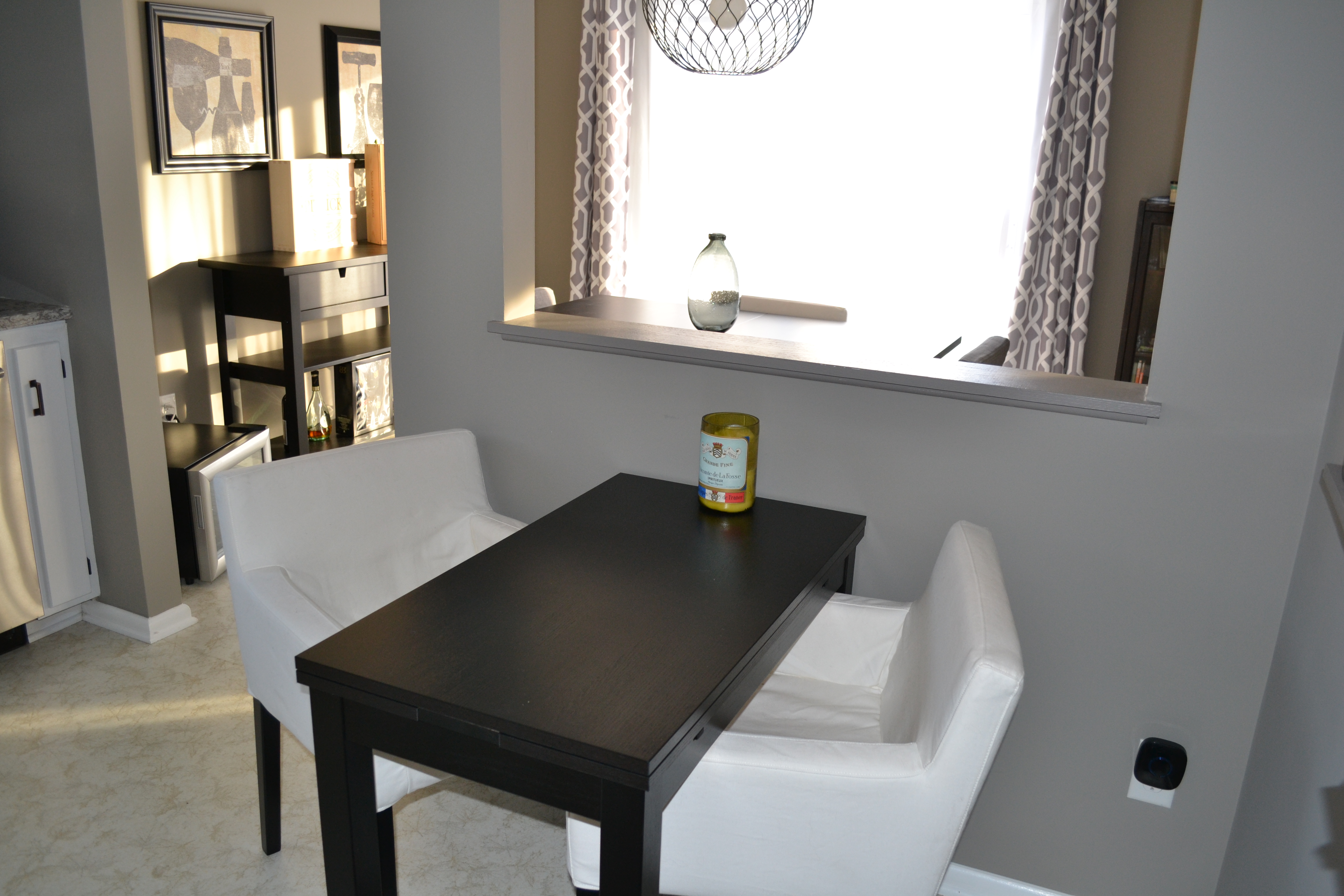 We picked out Cambria’s Bellingham countertops and within a week, had it installed. A plumber came and disconnected the sink and demoed the old countertop. (You can see in the picture below we still hadn’t installed those remaining hinges.) 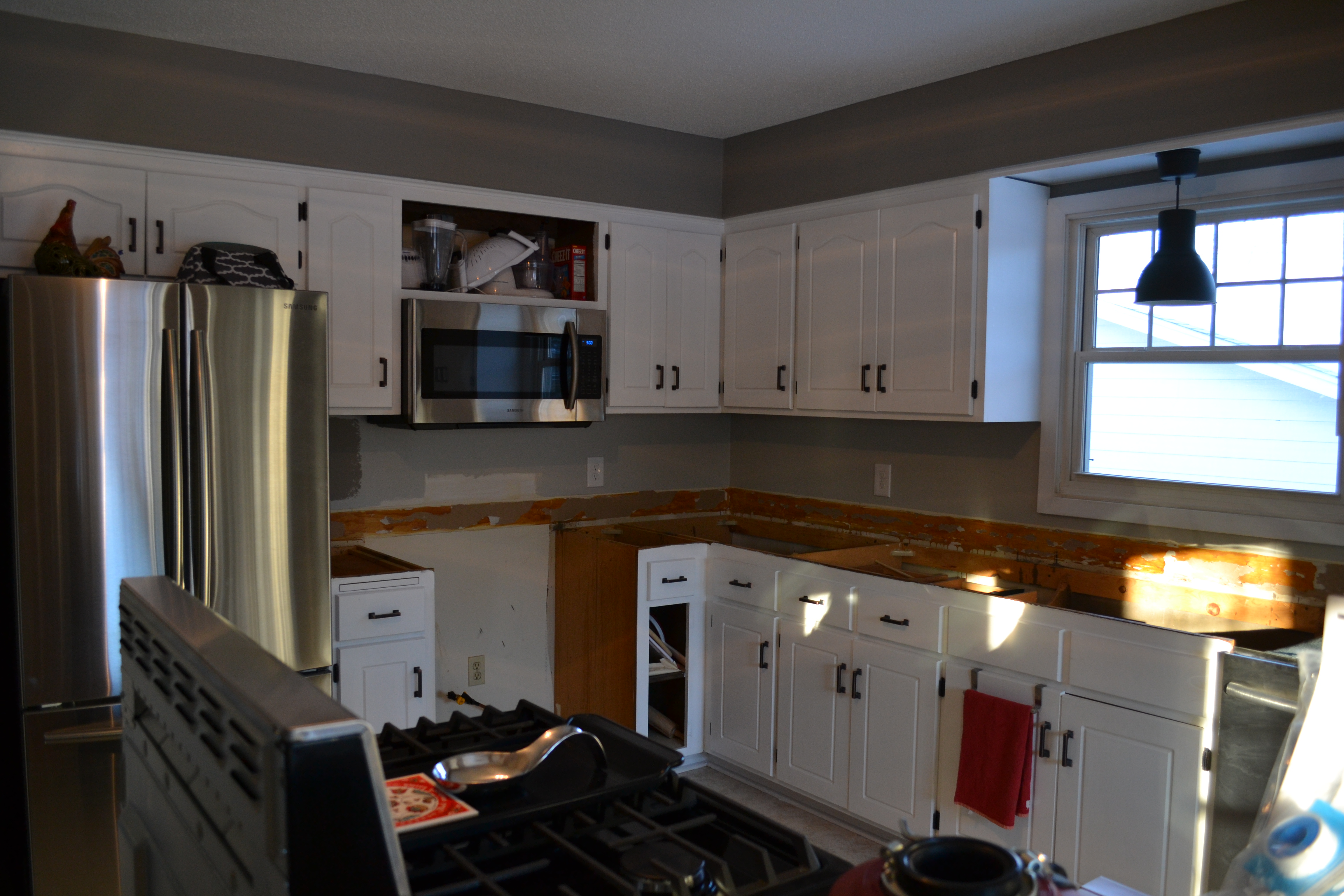 They installed the countertops that afternoon and the next morning the plumber came back to connect the sink and faucet. We re-used the faucet we installed, but I upgraded the water faucet to match the oil-rubbed bronze finish. 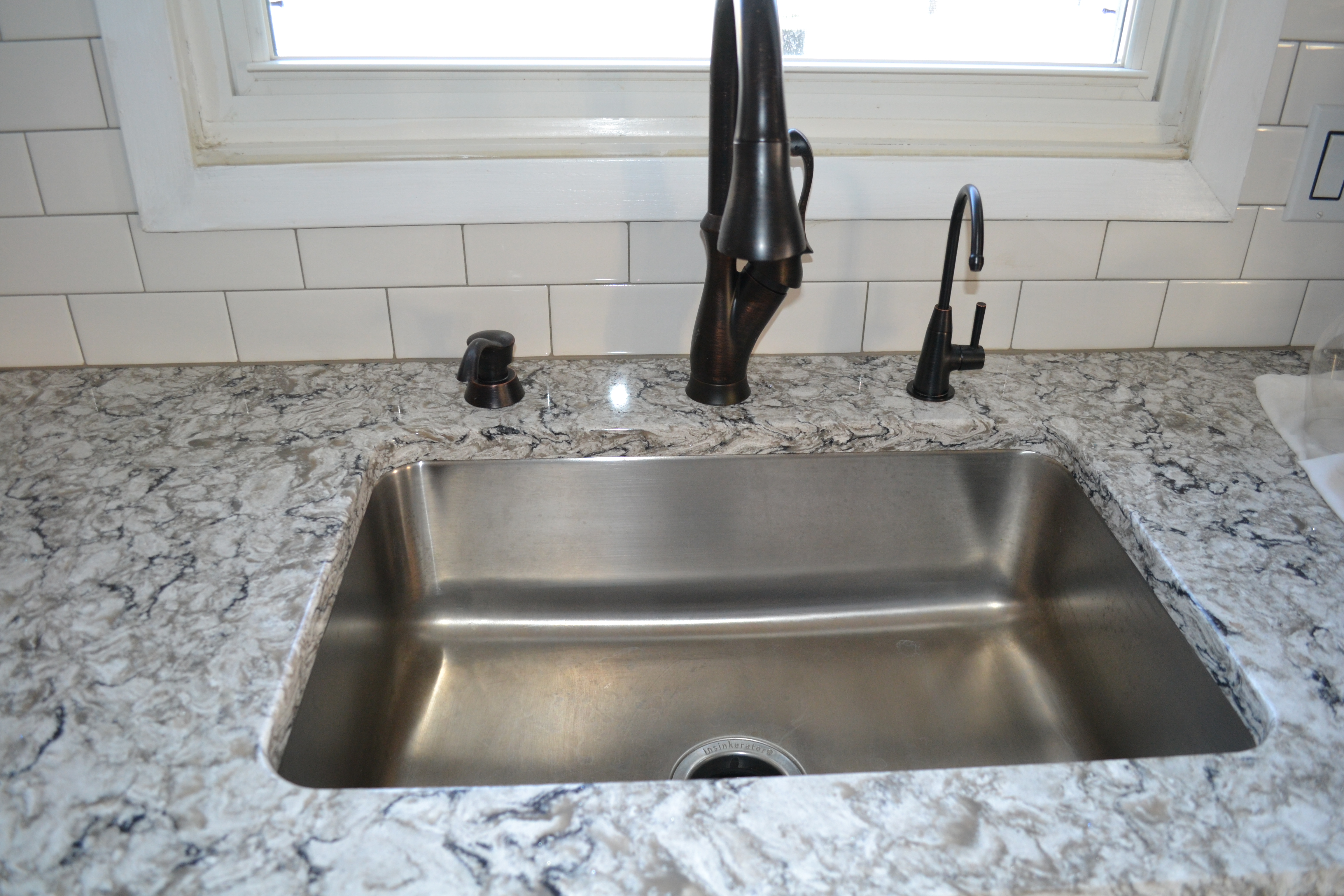 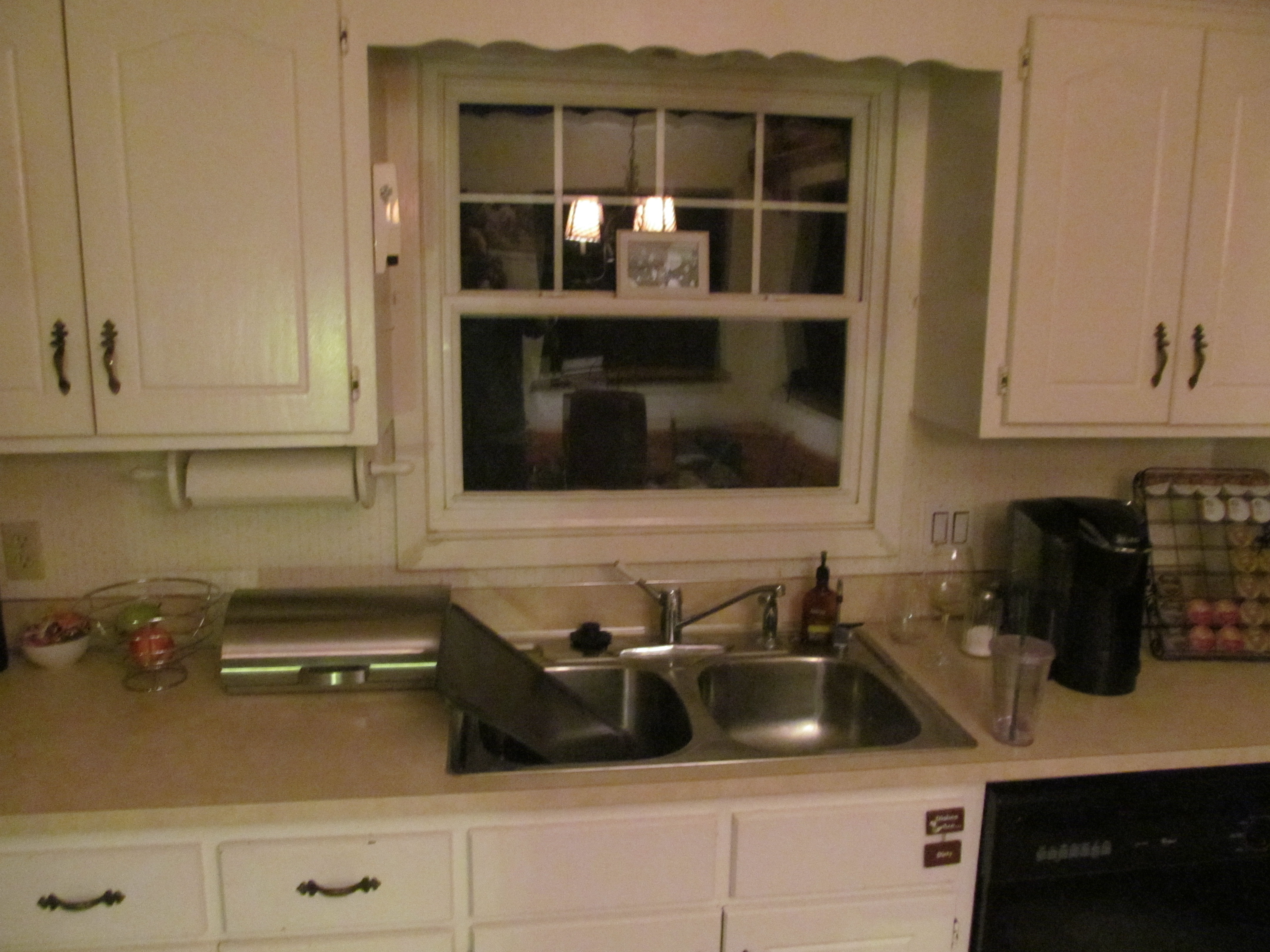 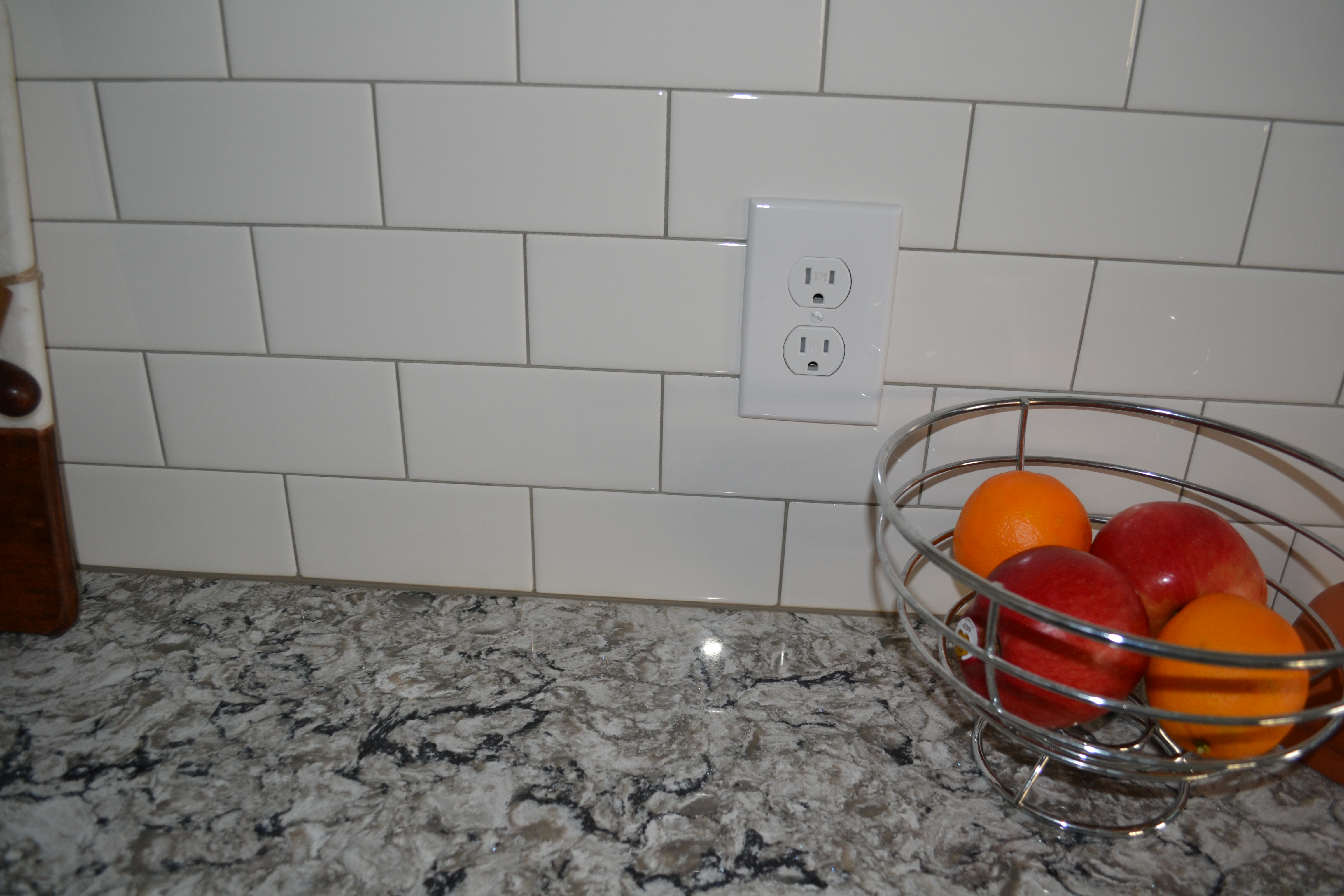 One of the reasons I waited for the full kitchen reveal was because of a few small touch-ups we had to do after all the contractor were done. For instance, the strip of wall that had to be patched, sanded and re-painted where the old backsplash was, but wouldn’t be covered with subway tile. (But first, coffee.) 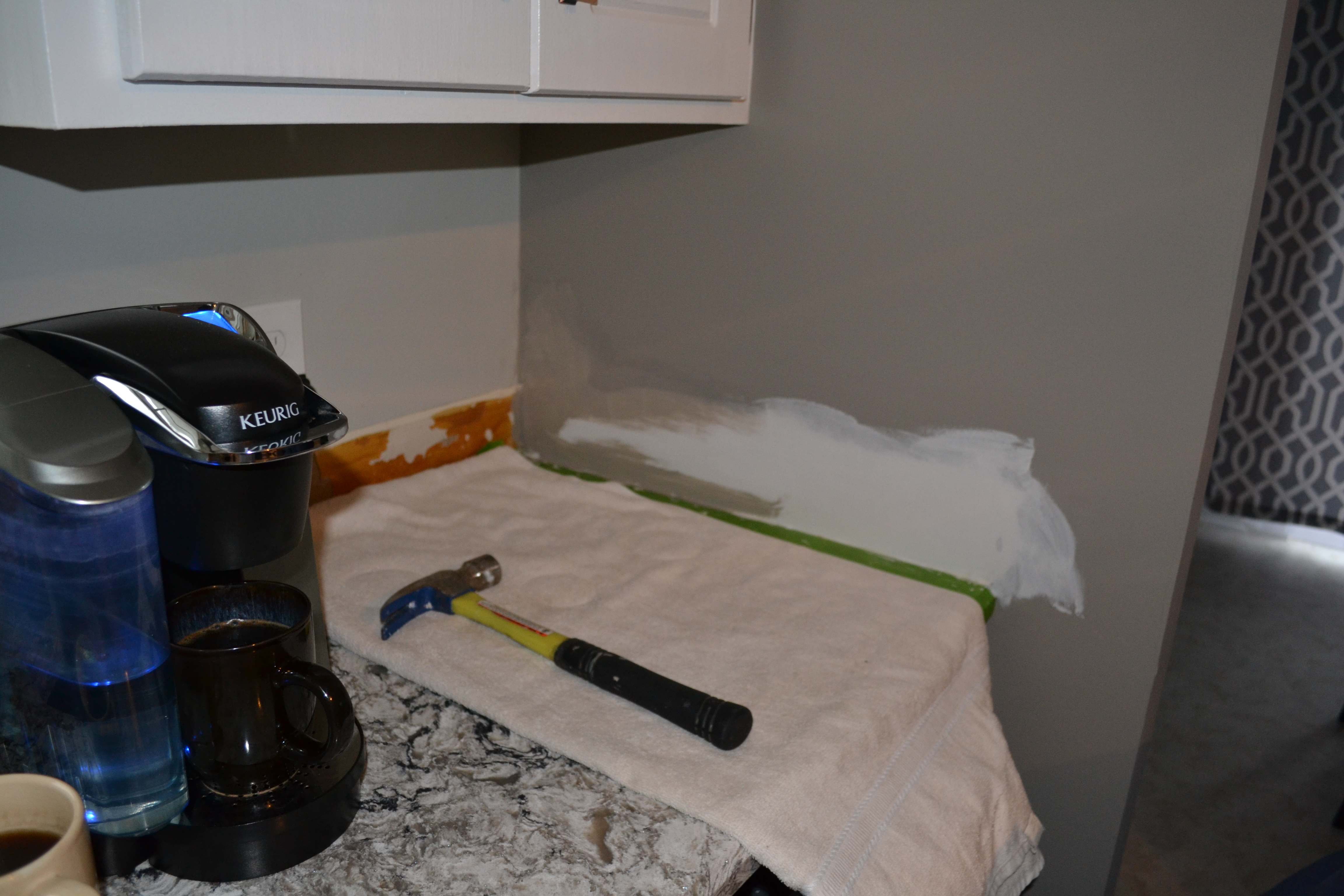 Another thing we had to touch up was the strip of cabinet below the countertop. The previous counter covered this up, but when sitting at the dining room table and looking at a certain angle you could see the brow strip. It bugged both of us. 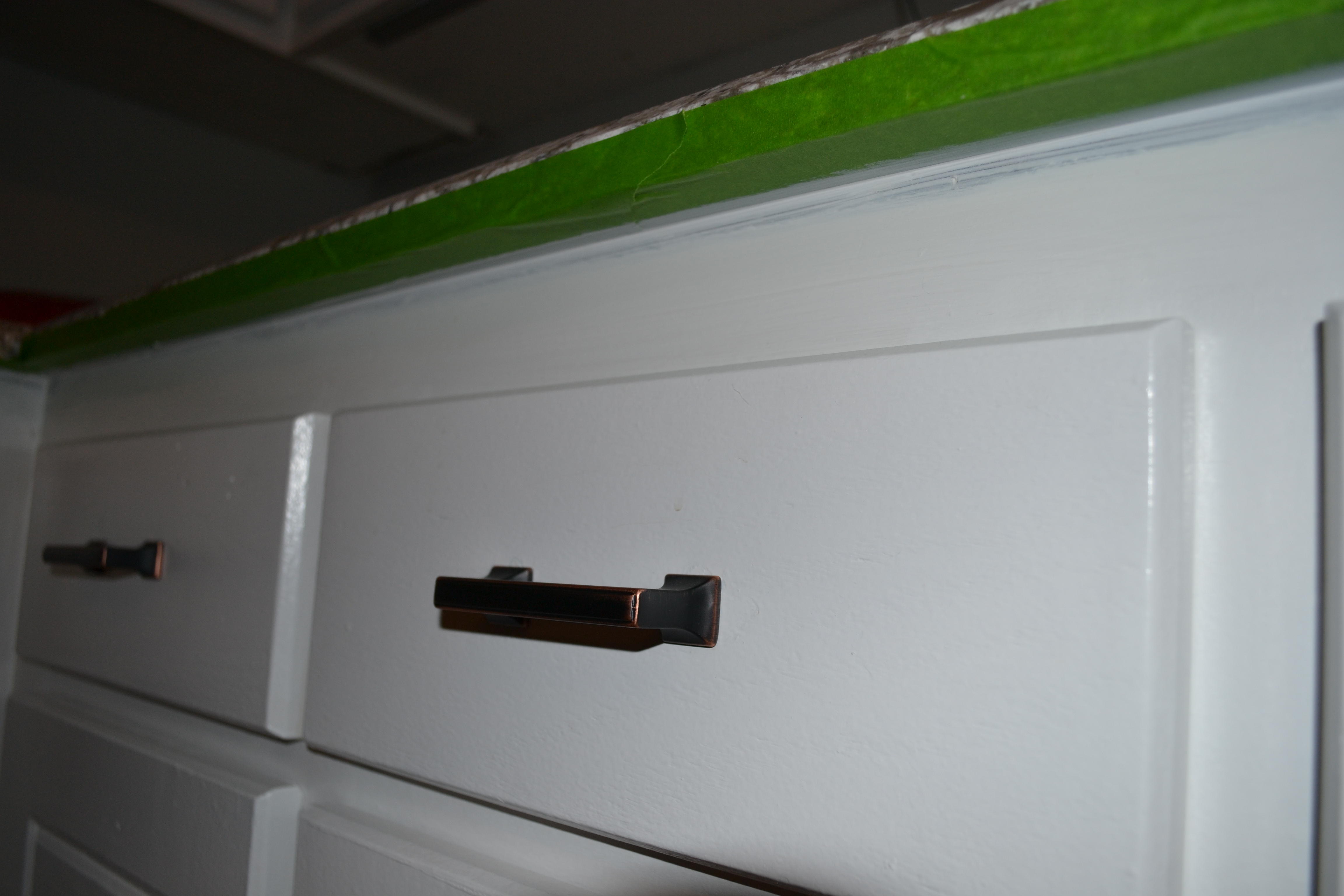 So, was the kitchen reveal worth the wait? Haha. 🙂 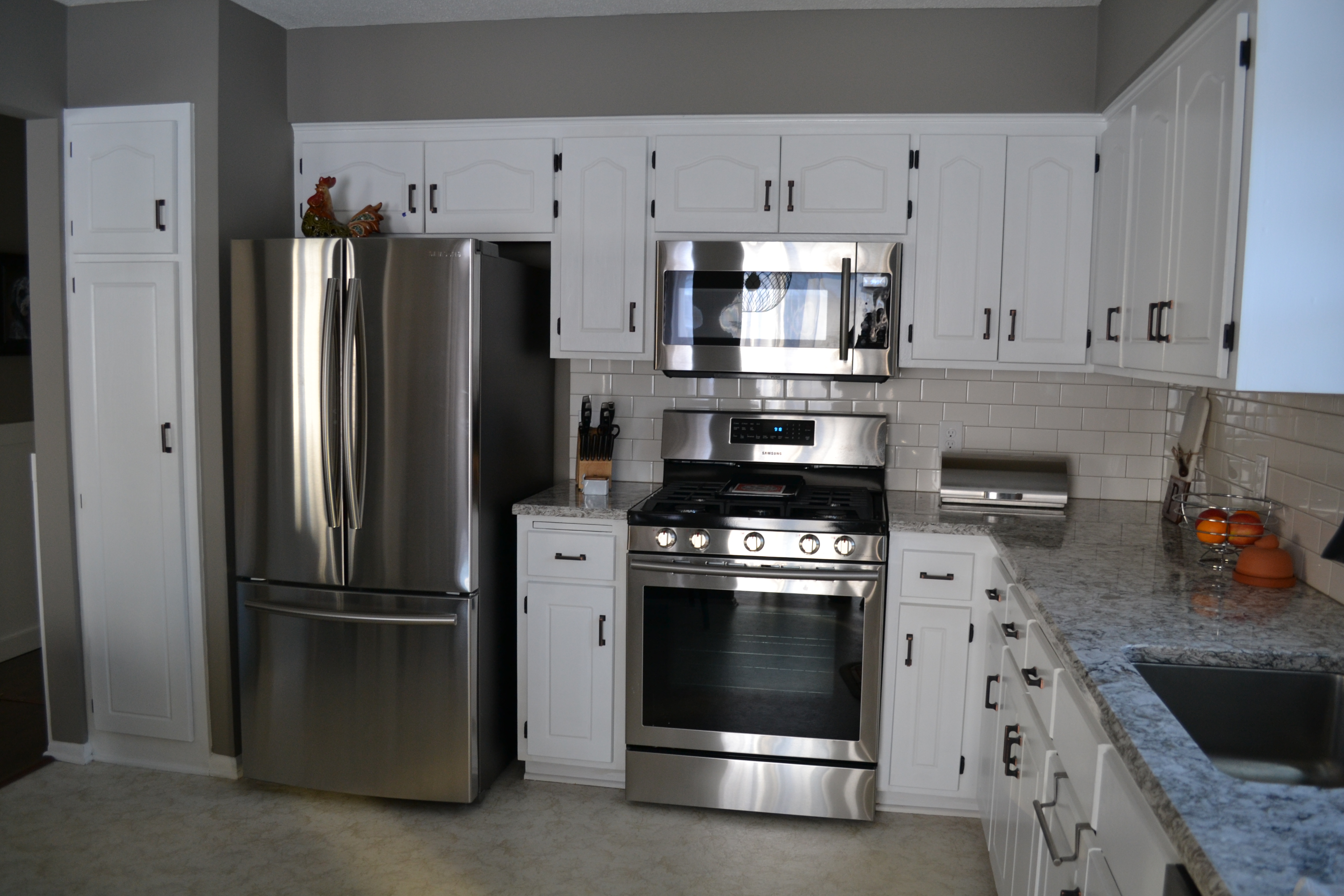 Now, I need to get back to cooking! The last time I posted a recipe was this spinach, tomatoes, and chicken orzo back in November.