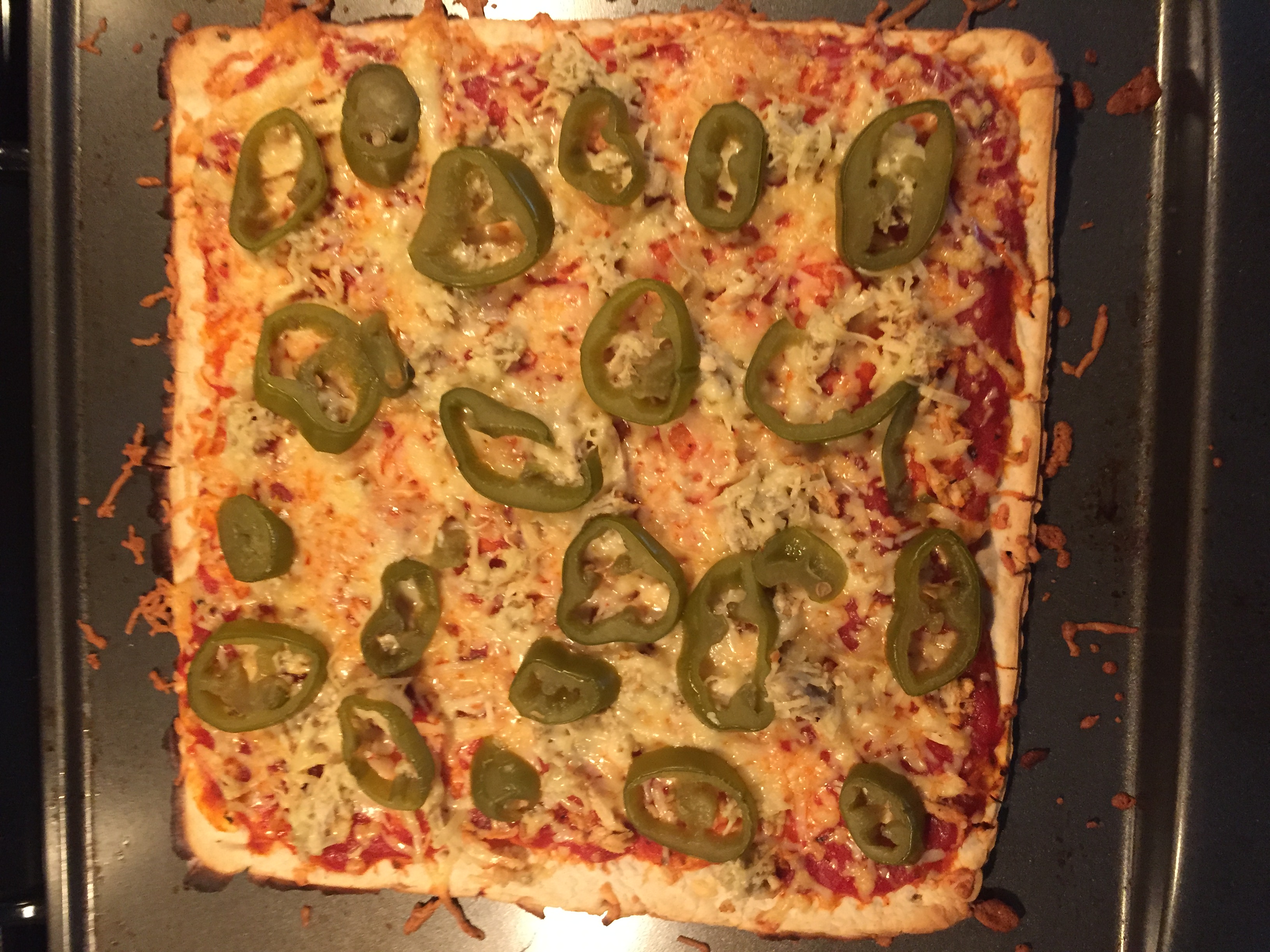 When we move to Cincinnati we won’t be taking any perishable items with, so I’ve been trying to use up all our condiments. Enter, homemade double jalapeño pizza.

We’ve been doing a pretty good job of using up all our perishable condiments. Last night I used up two more items; jarred jalapeños and pizza sauce. The pizza crust was leftover from my pesto pea pizza and the pizza sauce was leftover from making this Italian Spiral Meatloaf. (I made it once for Nolan’s uncle and he didn’t stop talking about it for 3 years.  So, we had him over for it again before we move.) 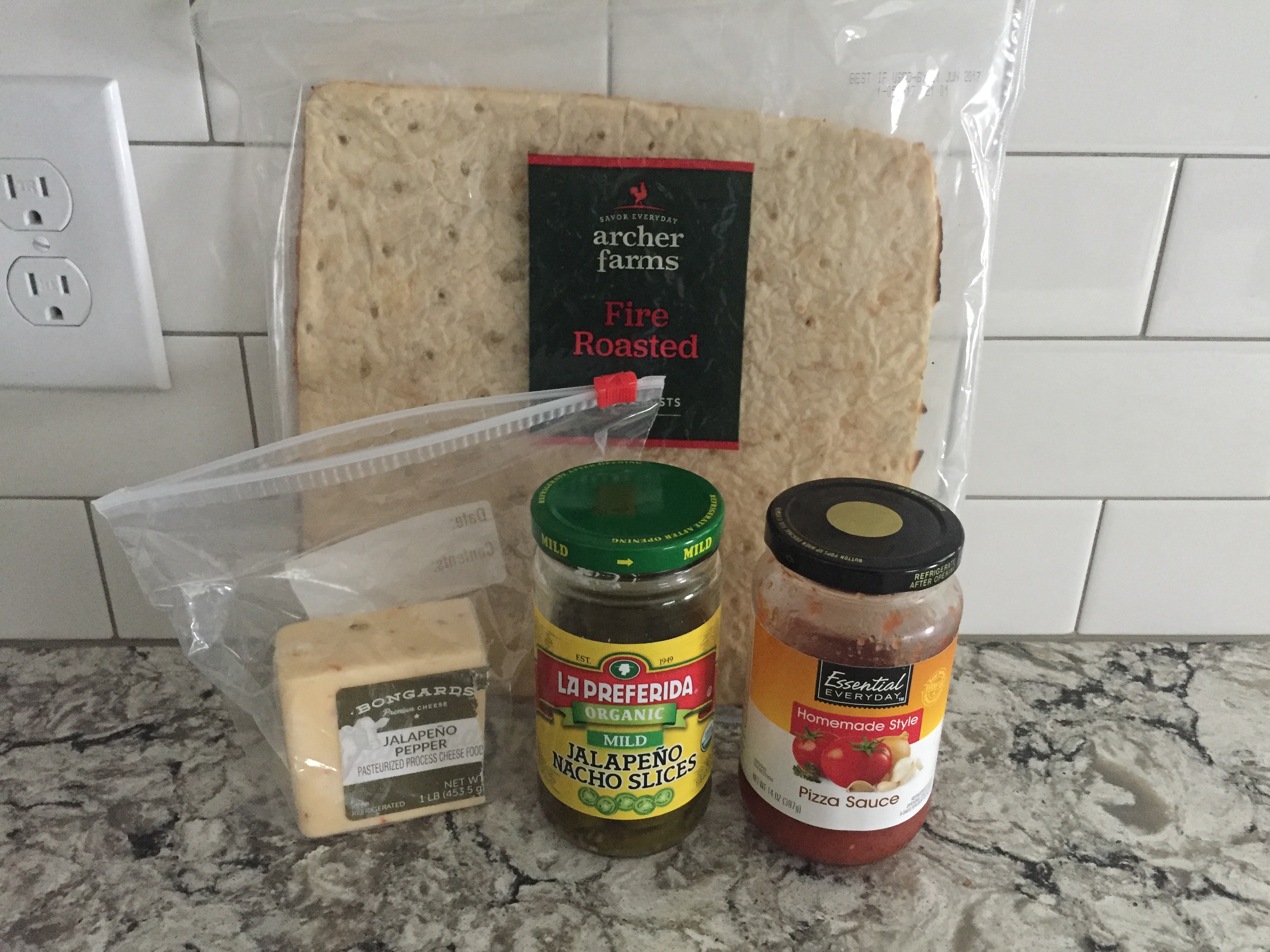 Putting together the pizza took maybe 5 minutes. The longest part of the assembly was shredding the cheese. These particular jalapeños are not that spicy, so I didn’t hesitate to load it up. It’s not called homemade double jalapeño pizza for nothing! 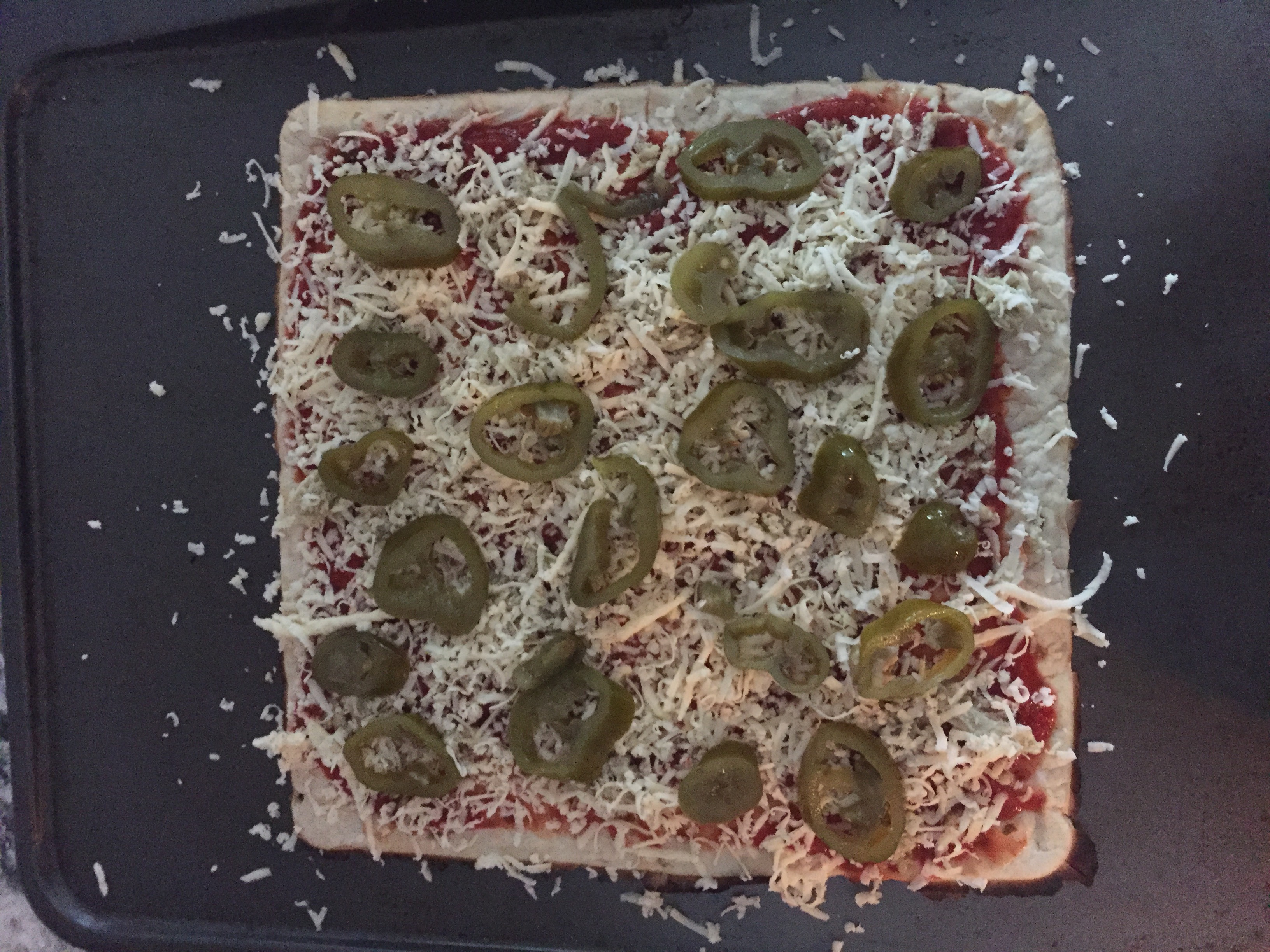 Now, if I could only thing of a way to use up 1/2 a bottle of syrup, almost a full jar of wasabi mayo, two opened bottles of Baileys, and 1/4 jar of BBQ sauce…