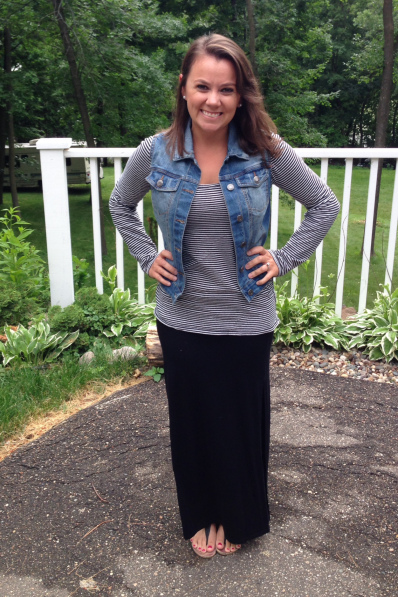 I’m excited to have my first guest blogger, Allison, answering some questions today about moving from MN to OH. She made the move several years ago and so when we decided to move to Cincinnati I knew I could rely on her for advice.

Background
I met Allison many moons ago when we were just coworkers. We worked in a large organization with a huge marketing team with lots of young employees. We went to several lunches and happy hours together, but it wasn’t until another coworker suggested a Mexico trip did we really “bond.” The infamous Cabo trip was one of the most randomly awesome trips I’ve ever taken. The weather was perfect, the guacamole was fresh and laughter never ended. All four of us have moved on from said organization, but have remained friends. 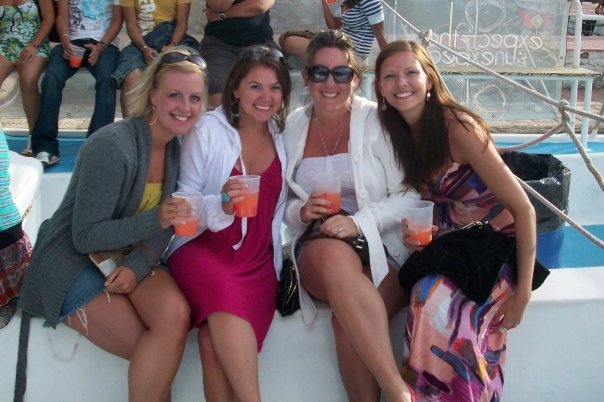 Since then, Allison got married and moved from Minnesota to Ohio. She now lives with her husband, two adorable little boys and their American Bulldog in South Carolina. She has her own blog, Happy Little Honey and also contributes to the Charleston Moms Blog. I thought it’d be fun to have her answer some questions about moving from Minnesota to Ohio. 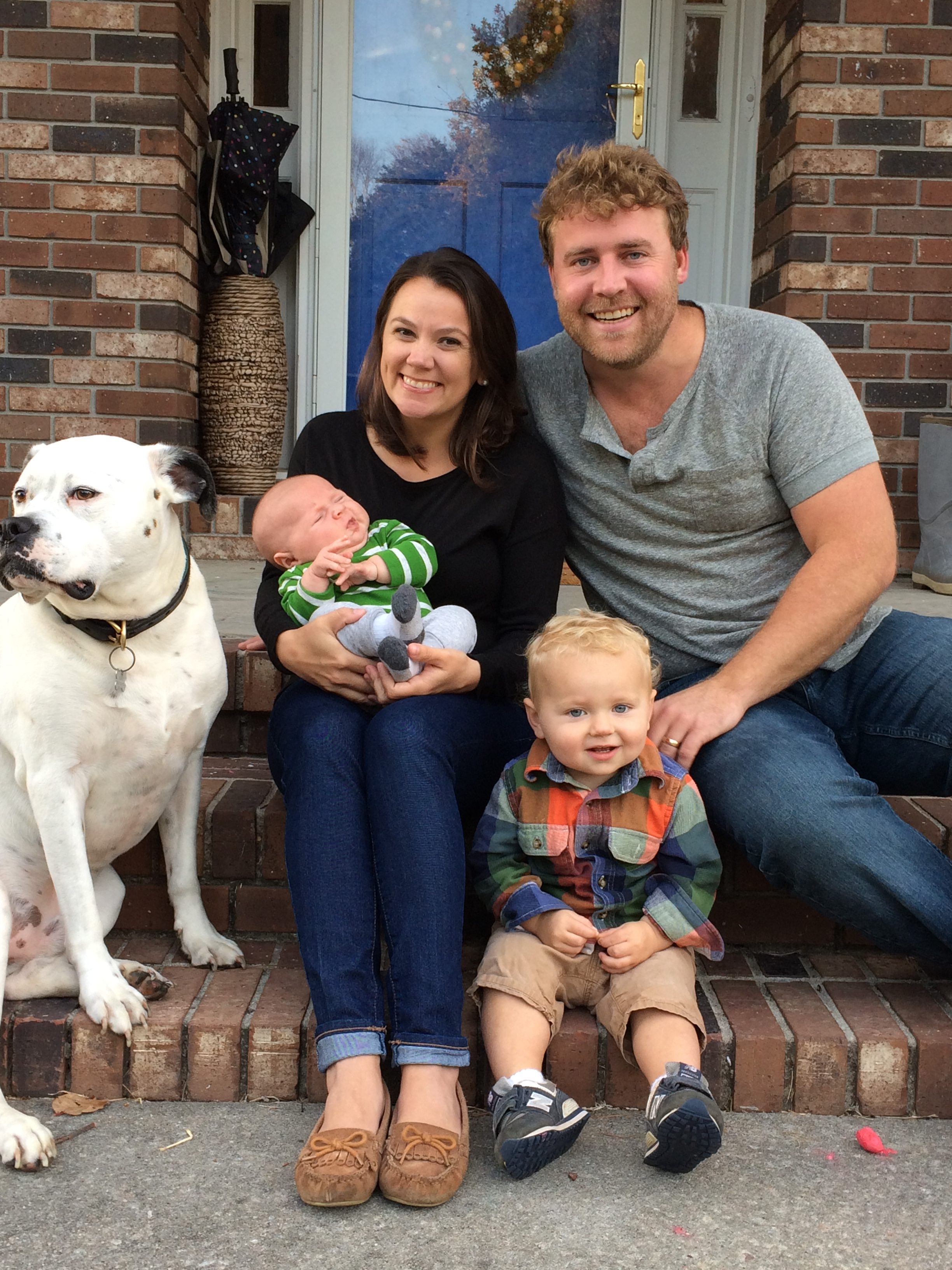 Moving from MN to OH Questions

You’ve moved from MN to OH to SC, so you’re no stranger to moving to a new state. When you initially left Minnesota for Ohio was it a hard decision?

Honestly, it wasn’t that hard of a decision for me. Ryan and I had been dating long distance for a while and I was ready to see him more than once every couple of months! Plus, we had just gotten engaged so it just made sense. Also, I think at that point in my life (my early 20’s) I was really ready for a change. I obviously love Minnesota and all of our family and friends who live there, but I needed a change of scenery.

What was your favorite or most surprising thing you remember from moving to Ohio?

Coming from Minnesota, I was totally surprised at the lack of lakes in Ohio! It just felt like there was no place to really take the boat out or beaches to hang out at on a hot day. We ended up buying a boat on Lake Erie and making the 2 hour drive up there almost every weekend in the summer just to get on the water! On the plus side, I was pleasantly surprised at how cute Ohio (specifically Columbus and Cincinnati) are! They are great cities filled with really charming neighborhoods with a lot of history and character.

Is there anything you’d do differently during the moving process?

Since I was so young then and didn’t have a lot of stuff in my life to move, my parents drove from Minnesota to Ohio with us to haul my things which worked out fine. If I was moving today, I would definitely hire a moving company!

You’ve relocated twice now, but you seem to make friends easily, which isn’t surprising. How did you meet new friends?

Oh man, it was not easy at first! Ryan and I were so socially awkward! We would see couples in the park walking their dog and approach them (with our dogs) like we were trying to date them! We spent a lot of time in those first couple months in Columbus alone or going to the bar trying to meet friends. Seriously! I wasn’t great at it, but Ryan was. He had no fear!

We decided to join the Columbus Young Professionals group and signed up for a co-ed kickball team. It was the best thing we ever did! We met all of our awesome Columbus friends through that league and it gave us the confidence to sign up for other activities and groups as a way to meet people. We ended up joining a volunteer group called Columbus Gives Back (you would volunteer and then go to happy hour!) and Ryan played football through MeetUp.com. We’re still close with many of the friends we met!

My biggest advice to people trying to meet friends is just to put yourself out there! I have zero shame anymore. I go up and talk to other moms all of the time now without ever worrying if I’m looking stupid. I’ve found that most people are always open to finding more friends! Usually they are just too shy to come up to you! Joining leagues/clubs/groups and just plain being brave have worked the best for us!

It’s tough being a Minnesota Vikings fan, but after you moved did you become a Browns or Bengals fan?

Ha! No! Actually in Columbus, college football is bigger than the NFL because of THE Ohio State (blech). The first Saturday that we were in Columbus, we could not believe how the whole city shut down during the OSU game! We quick went to Walmart and bought some cheap OSU gear so we would fit in. That Saturday was the first and only time we put on those red OSU shirts. Needless to say, we were not OSU fans when we left Ohio. They are fanatical! In terms of the Vikings though – we did find a Columbus Vikings fan club that we met at the bar to watch a couple of games. I bet Cincinnati has a chapter! 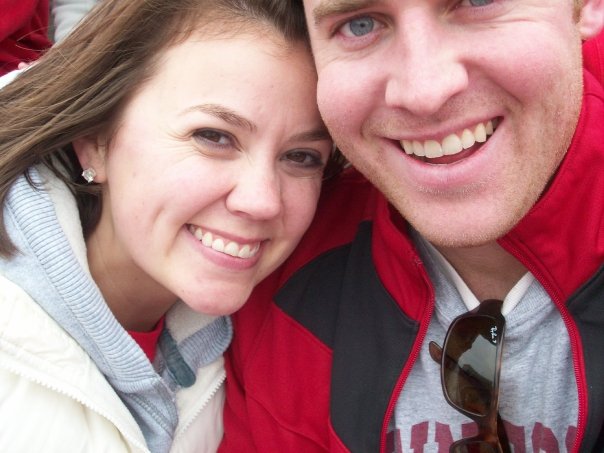 You and Ryan are both from Minnesota, how do you stay close with family back in Minnesota?

We actually almost feel closer to our families now! Living away from them forces you to talk on the phone and text each other to stay close. I think if we were living in Minnesota we would maybe talk less! We also do a lot of Facetime now since we have kids. The time that we spend with our family and friends now in person is really concentrated and really precious. When they come to visit, we get to be with each other 24 hours a day for multiple days. They get to see our daily lives up close and personal – not just for an hour at Sunday dinner if we lived in Minnesota.

What advice would you give others considering moving to another state?

I think moving to another state from some place you’ve always known is a really brave thing to do. Put yourself out there and meet new people! Having friends makes all the difference. Enjoy exploring your new home. Finding new restaurants, parks, new favorite local bars…it’s all fun! Also, moving to Ohio really opened us up to a new part of the country that was easy to access! We took road trips to the Smokey Mountains, Washington DC, Nashville, Niagara Falls and Pittsburgh because they were so close to us.

Ohio and especially South Carolina, is further South than Minnesota. What cultural differences have you noticed?

Ohio actually does seem more like a Southern state than you would think. We were surprised that some people there have Southern accents! Overall in both Ohio and South Carolina, people are really friendly and nice. But the biggest, most important cultural difference that I’ve ever experienced is that Minnesota is the only state that I’ve ever lived in that gives you a beer chaser with your Bloody Mary. The travesty! 🙂

Many thanks to Allison for taking the time to write out answers to my many questions. 🙂 Make sure to check her blog for more adorable pictures of her family.