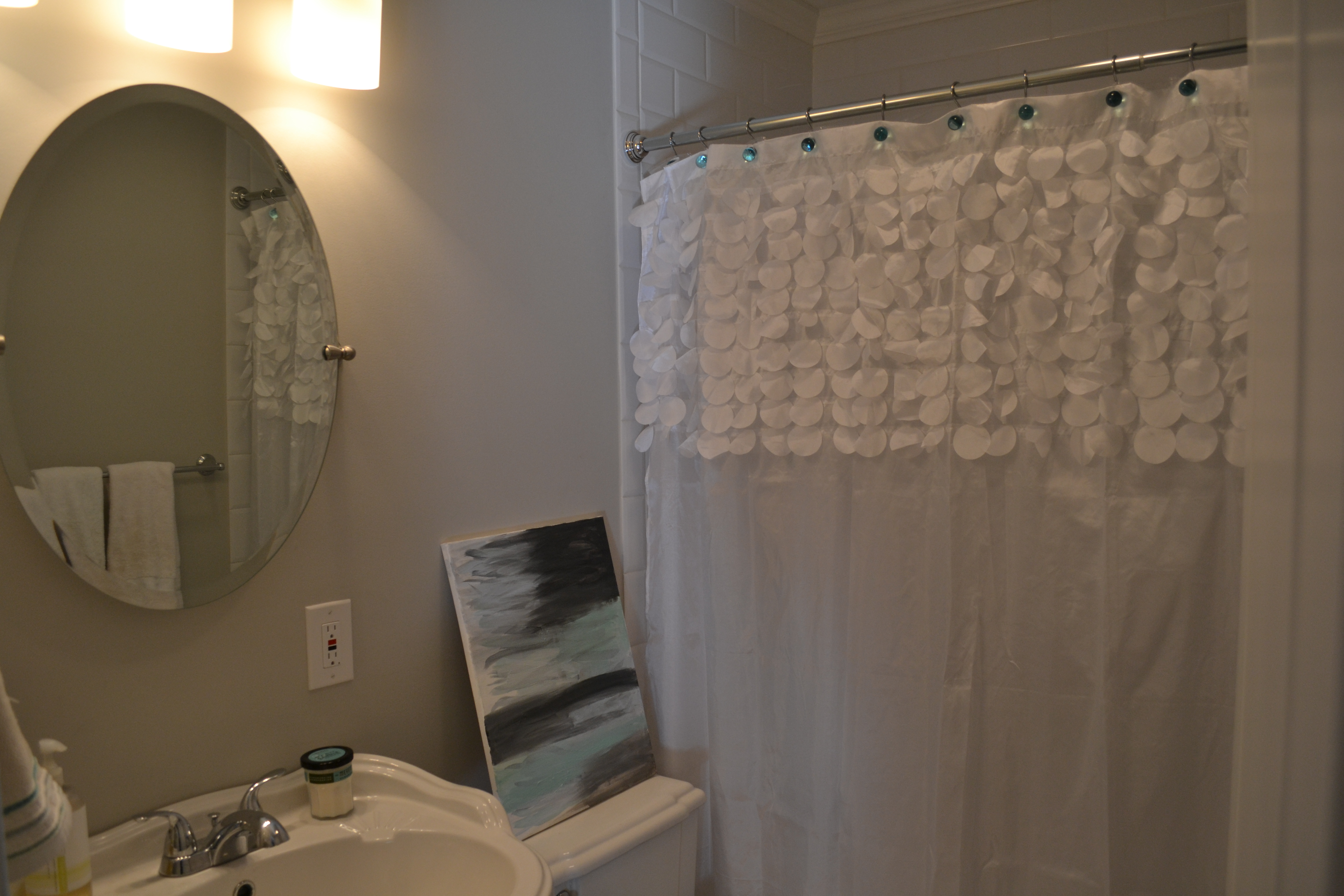 Our main bathroom is the first room in our Cincinnati house that I can officially reveal! Unlike the other rooms, it required the least amount of unpacking, and mostly just a trip to HomeGoods.

The listing picture shows off the tiled shower with niche, which I found such a great touch in a main bathroom. 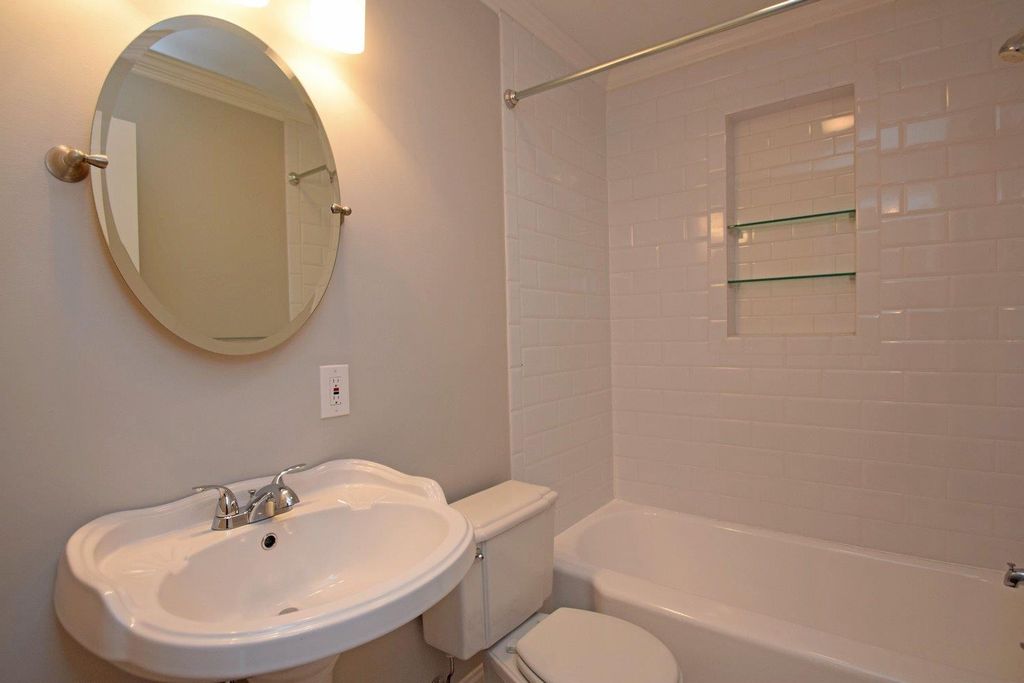 I snapped a few pictures after moving in and other than the garbage can and soap, the main bathroom looked about the same. I love the white geometric floor tiles. 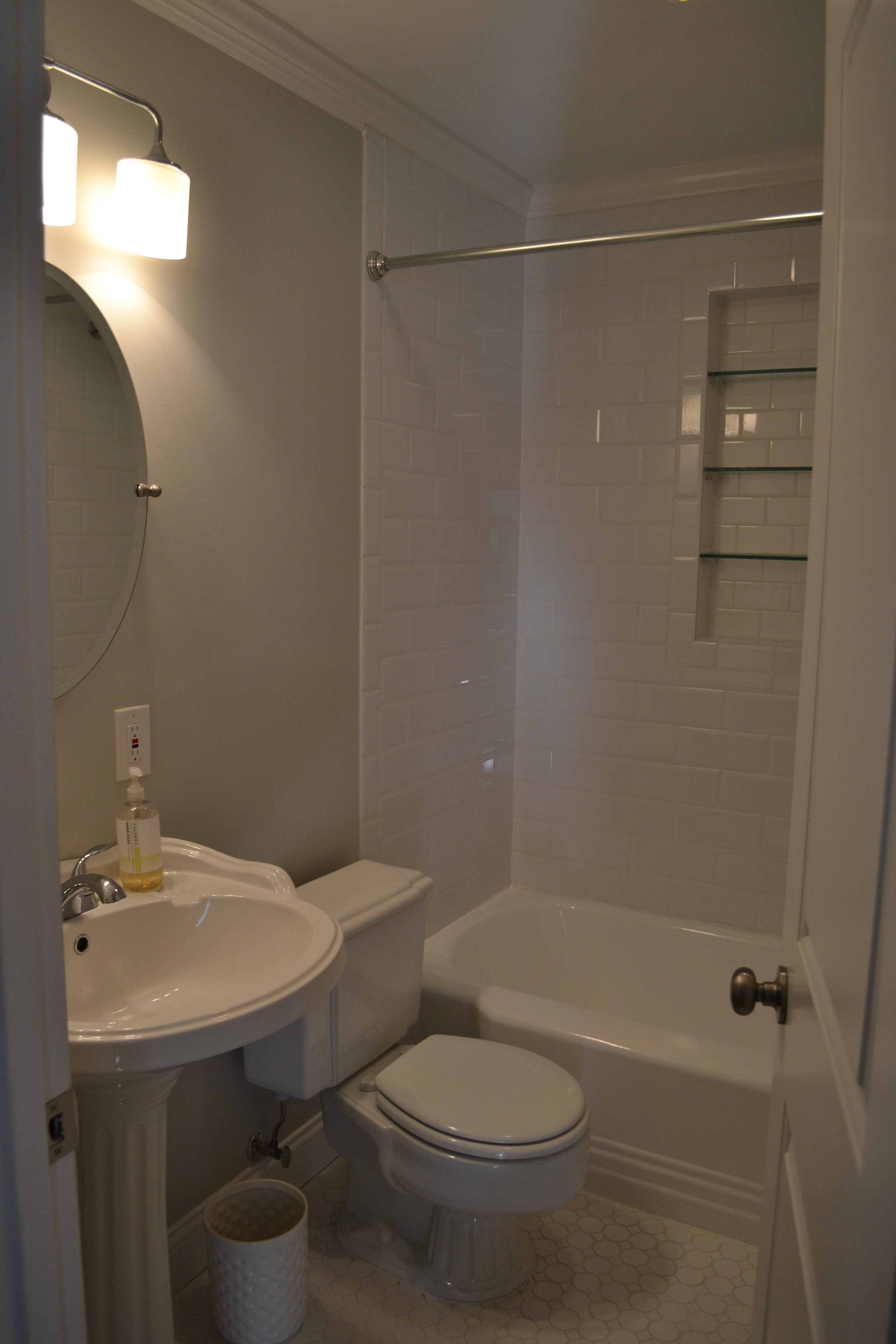 Instead of going into a tailspin bathroom remodel, I just decorated the space as-is, using a blue-green color scheme. I balanced some art on the toilet (I want to paint the edges before I hang it). 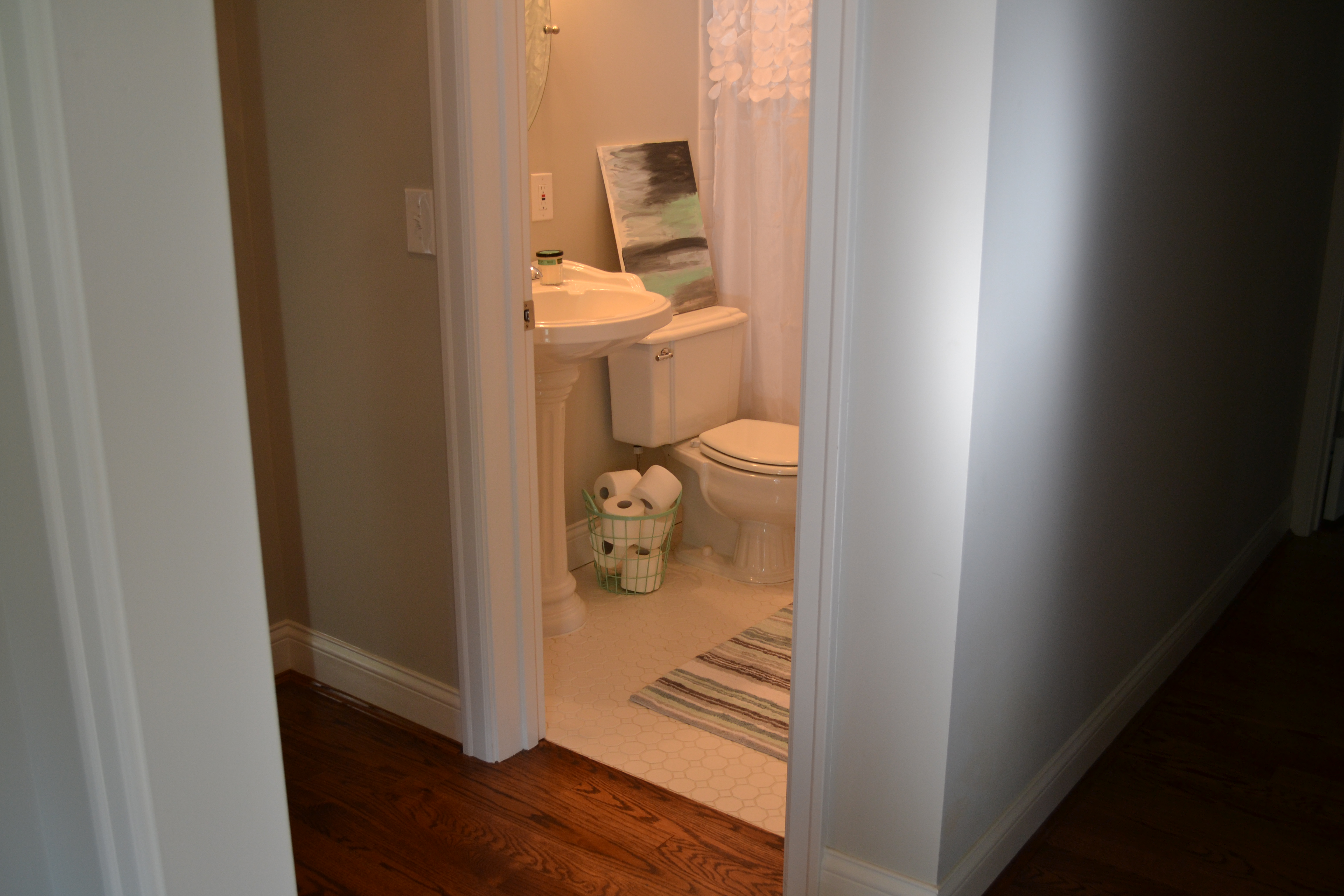 I hung up a towel and put a candle on the pedestal sink. I typically don’t like pedestal sinks because there is no counter space, but in a main bathroom I think it works. One thing I might change far (far, far, far) down the road is the faucet. 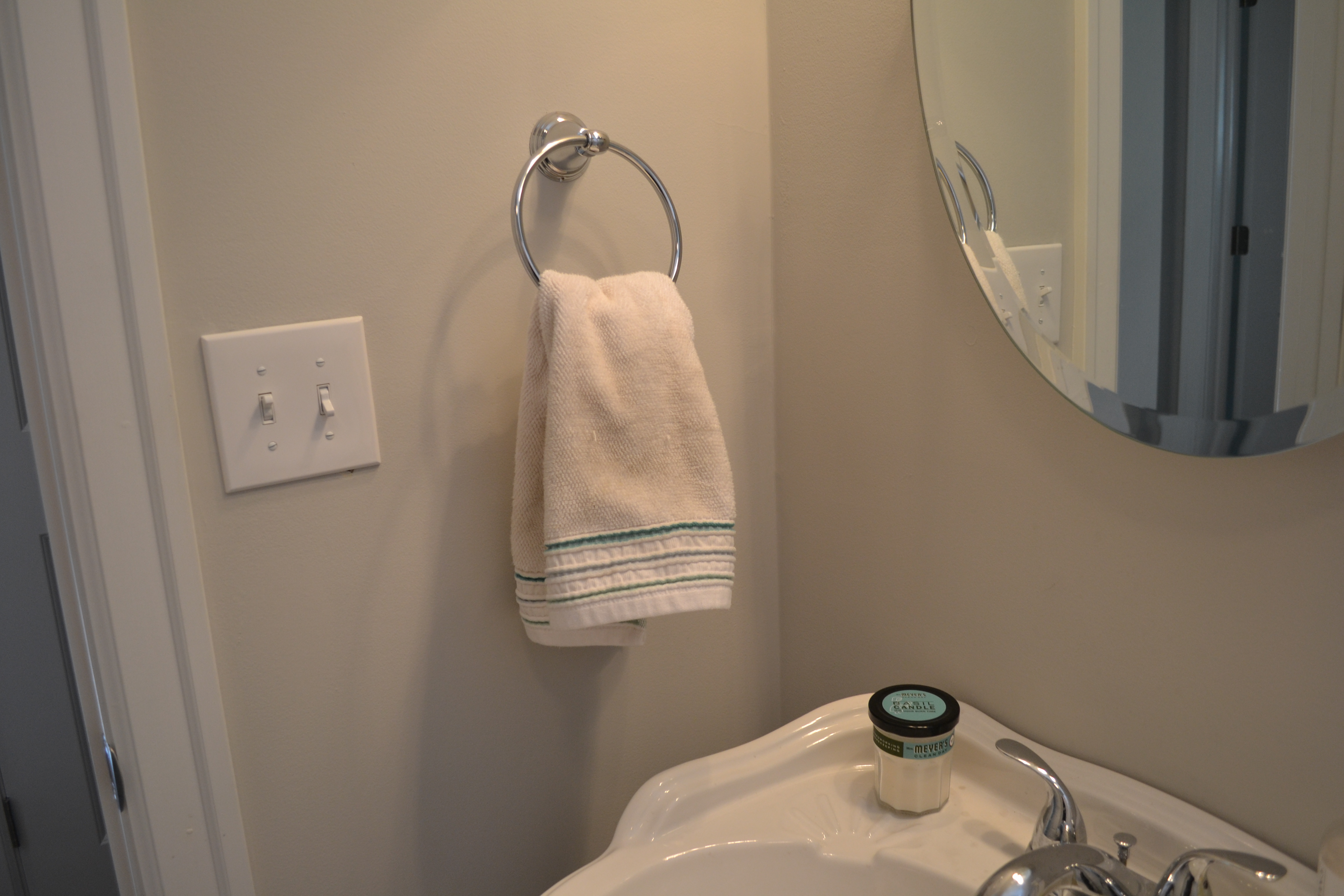 To complete the main bathroom I purchased these blue shower hooks and this shower curtain from Amazon. One of the blue globes was broken but I was able to super glue it back on. 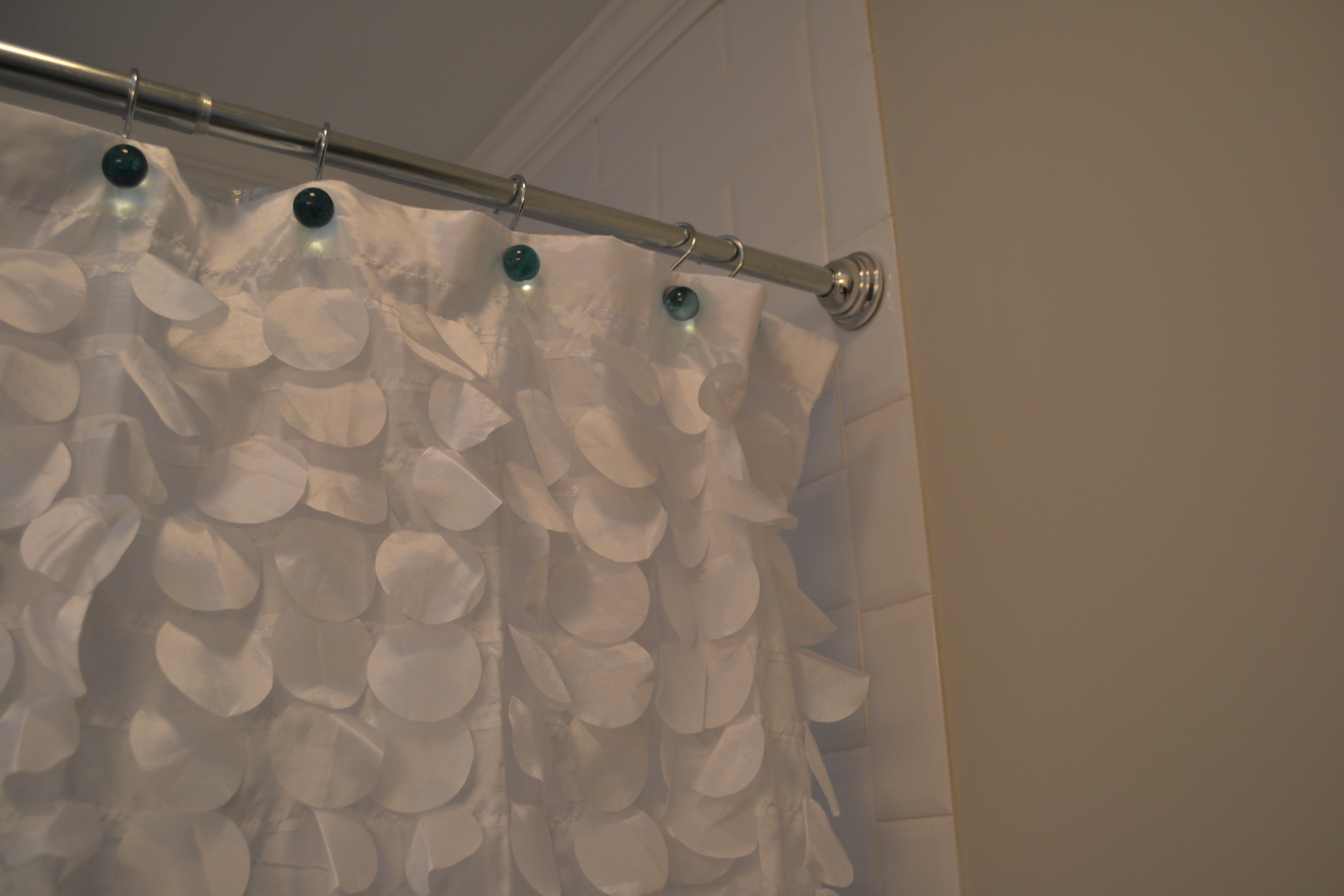 From HomeGoods I picked up the wire basket for toilet paper and the striped rug. I love having toilet paper easily visible and accessible for guests. The rug adds just enough color to tie the room together, but doesn’t cover up too much tile. 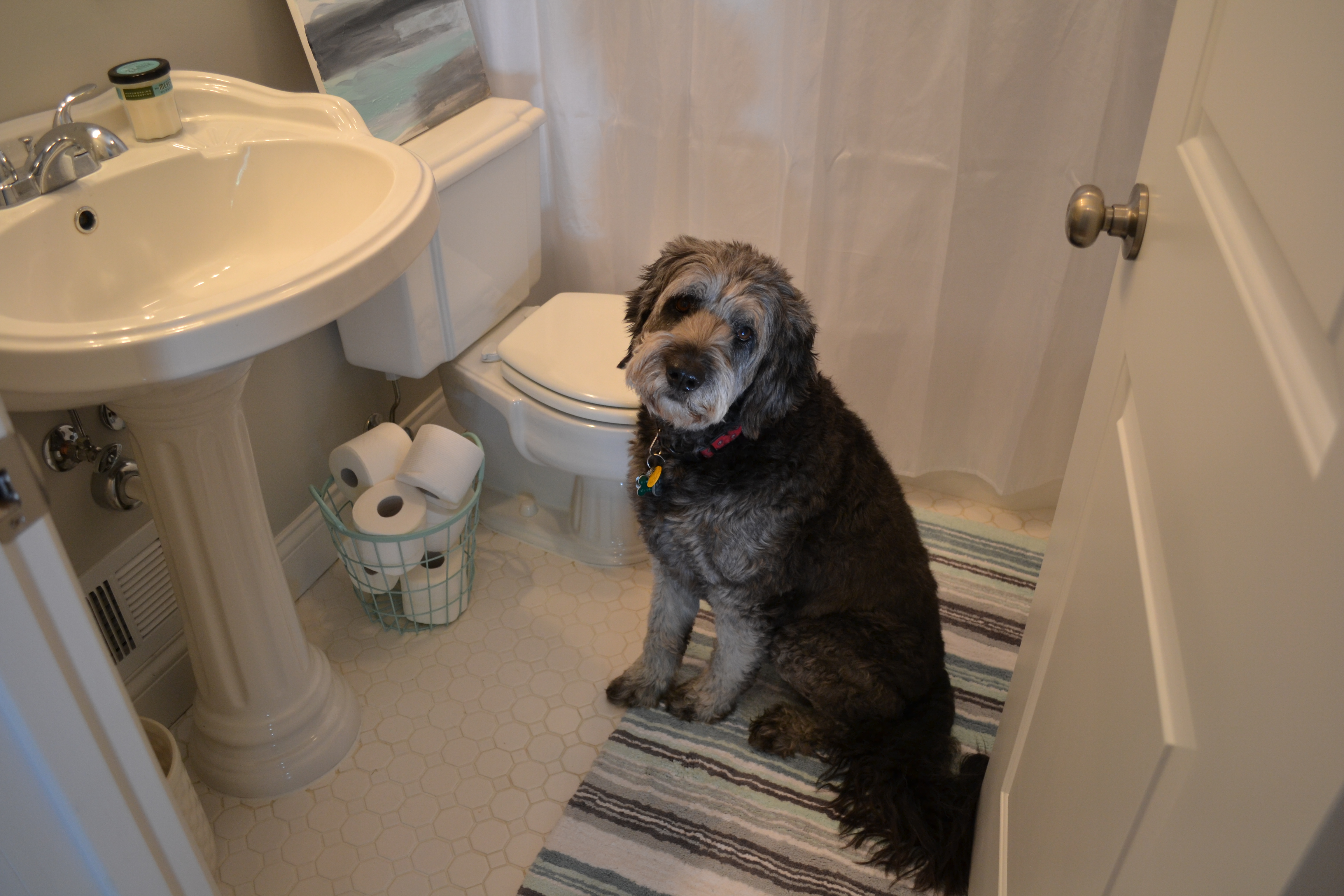