Moving and Unpacking is the Worst

Let’s be honest, packing, moving and unpacking is the biggest pain. Luckily we had a moving company to help us, but it was still a huge ordeal. Instead of just showing the lovely pictures/stories of selling our Minnesota house and our Cincinnati house, I’m sharing some of the behind-the-scenes chaos.

Packing up our MN House

We were lucky that the moving company was able to fit us in their schedule on such short notice. The guys that packed up our house were incredible! They organized all the rooms, marked each box and did it all so quickly!

They put down plastic, paper and some cloth to protect all the floors. Luckily, we had good weather on both moving-out and moving-in, so we didn’t have to worry about wet shoes going in and out of the house. 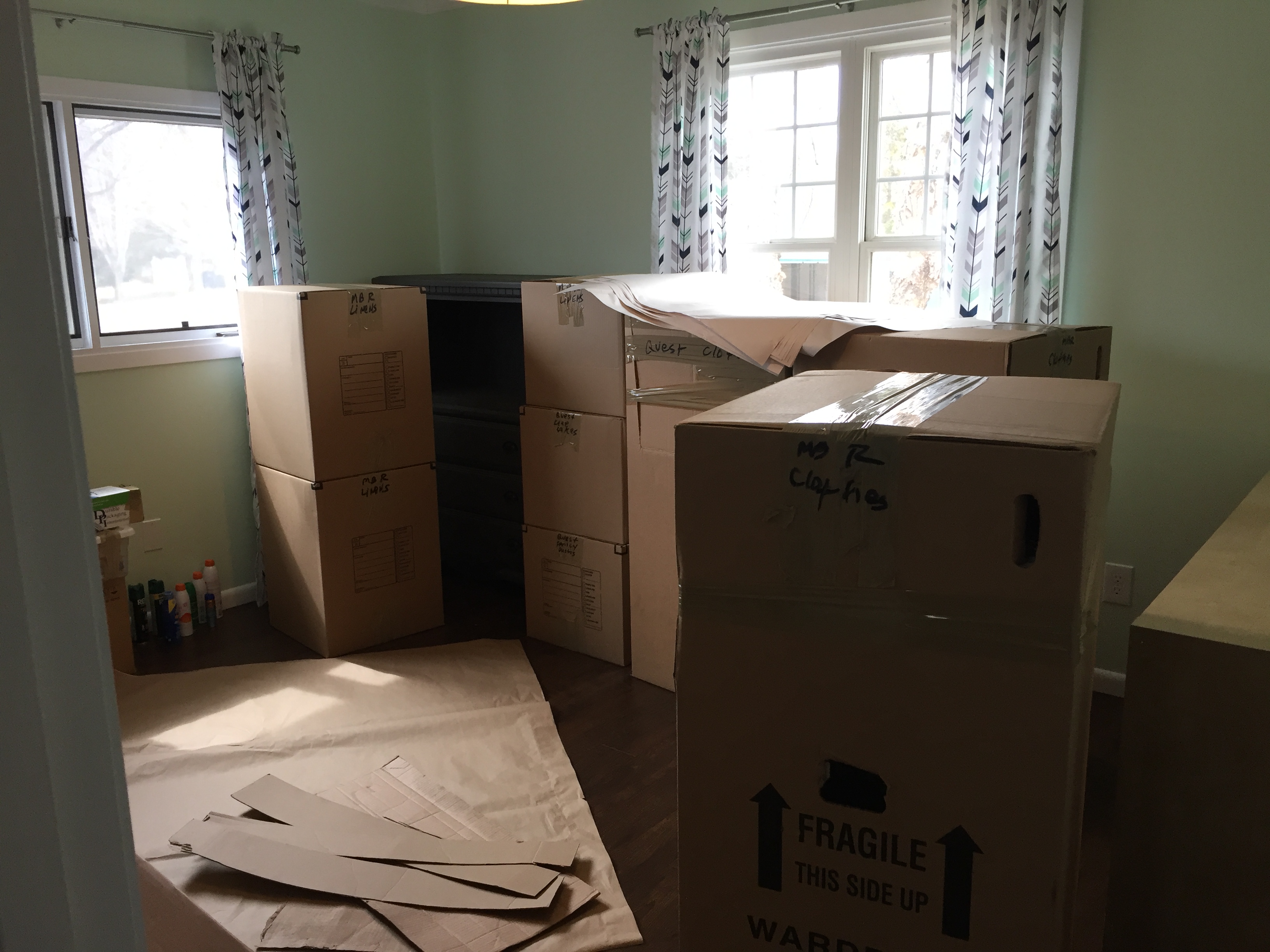 The kitchen probably had the most boxes! You can sort of see how they labeled each box. I’m pretty sure they wrote directly on the tape so that they can reuse the boxes. (After we unpacked and flattened all the boxes the moving company came through and picked them all up.) 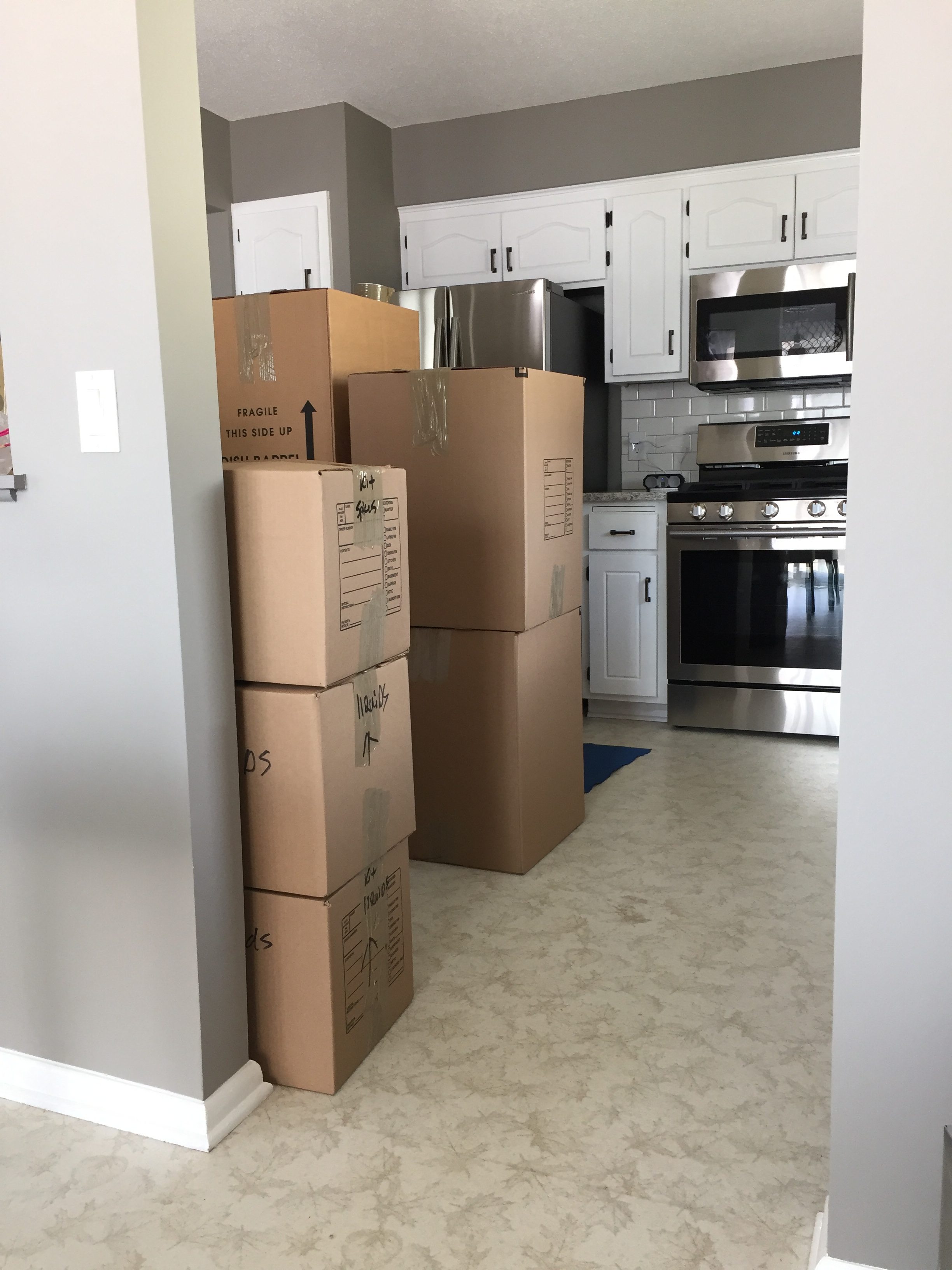 This may all be standard moving company practices, but for us it was such a luxury! What took them about 5 hours would have taken us weeks and hundreds of dollars in moving boxes and wrapping paper.

They packed up everything on Wednesday, we stayed with friends/family on Wednesday and Thursday. On Friday morning we drove to Cincinnati. 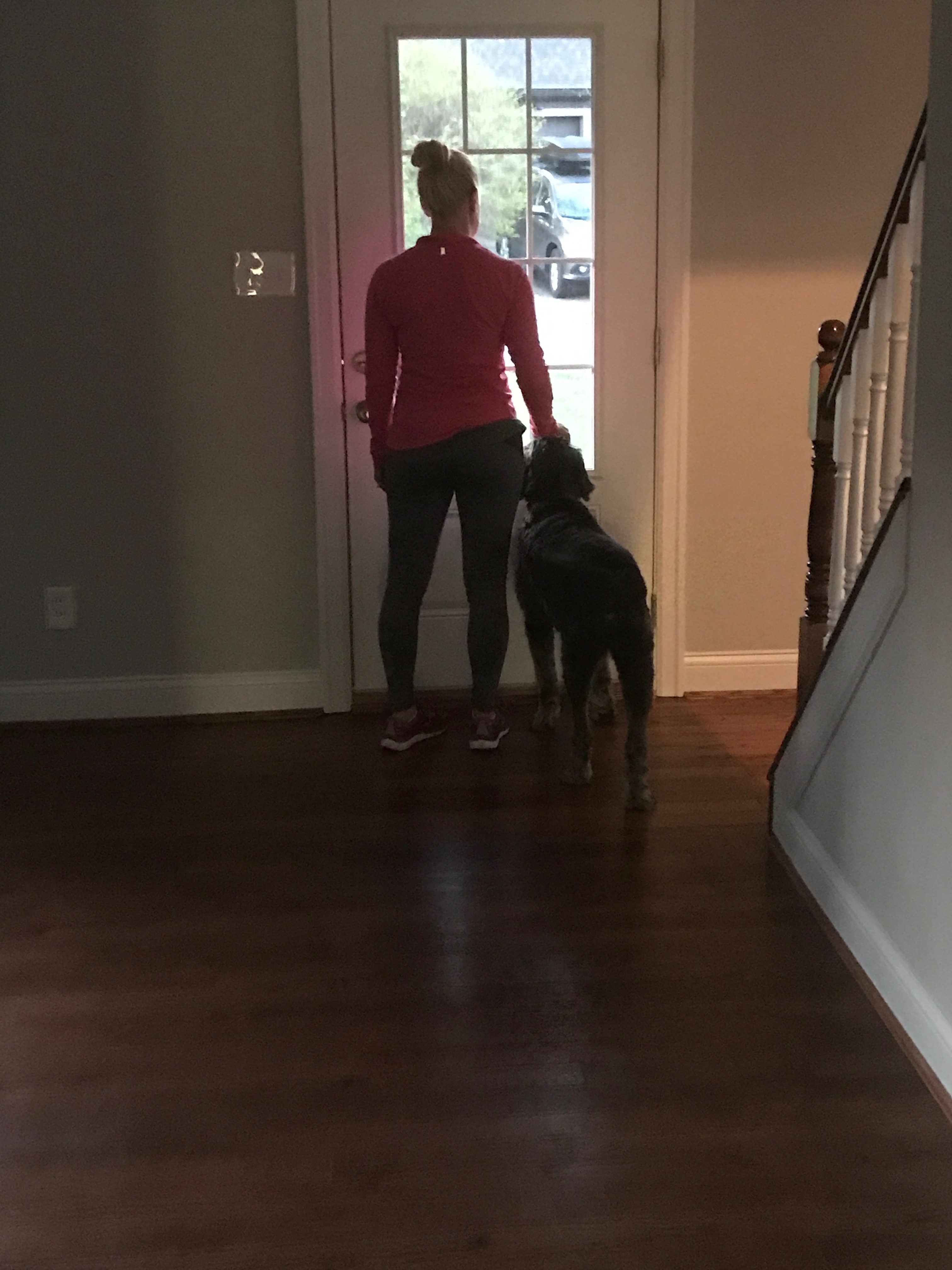 Sophie and I anxiously awaiting the moving truck on Saturday morning. The glass on the front door is the perfect height for her to keep an eye on things. We walked around the block a few times, because in an empty house, we had nothing to do! Then, we saw this beautiful sight coming down our tiny road…

Our driver did a fantastic job navigating the narrow streets around our neighborhood, even Sophie was impressed. Some of the turns and low-hanging trees and lines made it a real challenge for him. After he arrived he re-parked the semi so it was right on the curb. For someone like me, who thinks Nolan’s 4-door sedan is big, I am in awe of anyone who can manuaver those large trucks.

That seemingly small part of the semi was packed full of boxes! Before they started bringing them inside, they set down the same blue “red carpet” they had in Minnesota. At first Sophie was super curious, but as they got into a groove of unloading she became less interested. 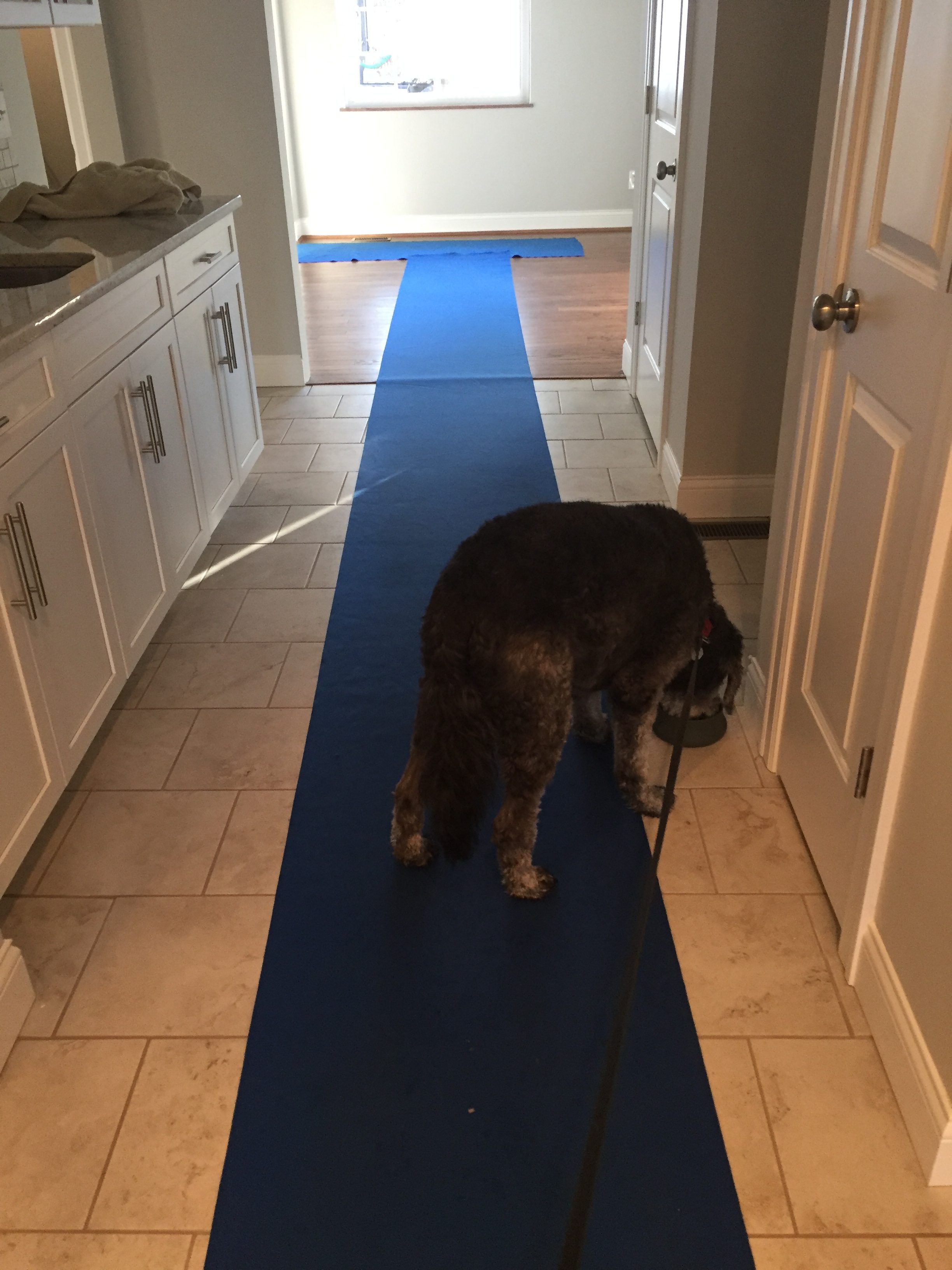 All four (!) of our TVs were unpacked and set aside for the 3rd party to install. Meanwhile I laughed because the TV in the small box that was in our bedroom was one I found on clearance at Target for $100.

Next, they unloaded all the boxes in all of the rooms. I’l spare you the rest of the chaos, but rest assured that every room looked like this after they dropped everything off. 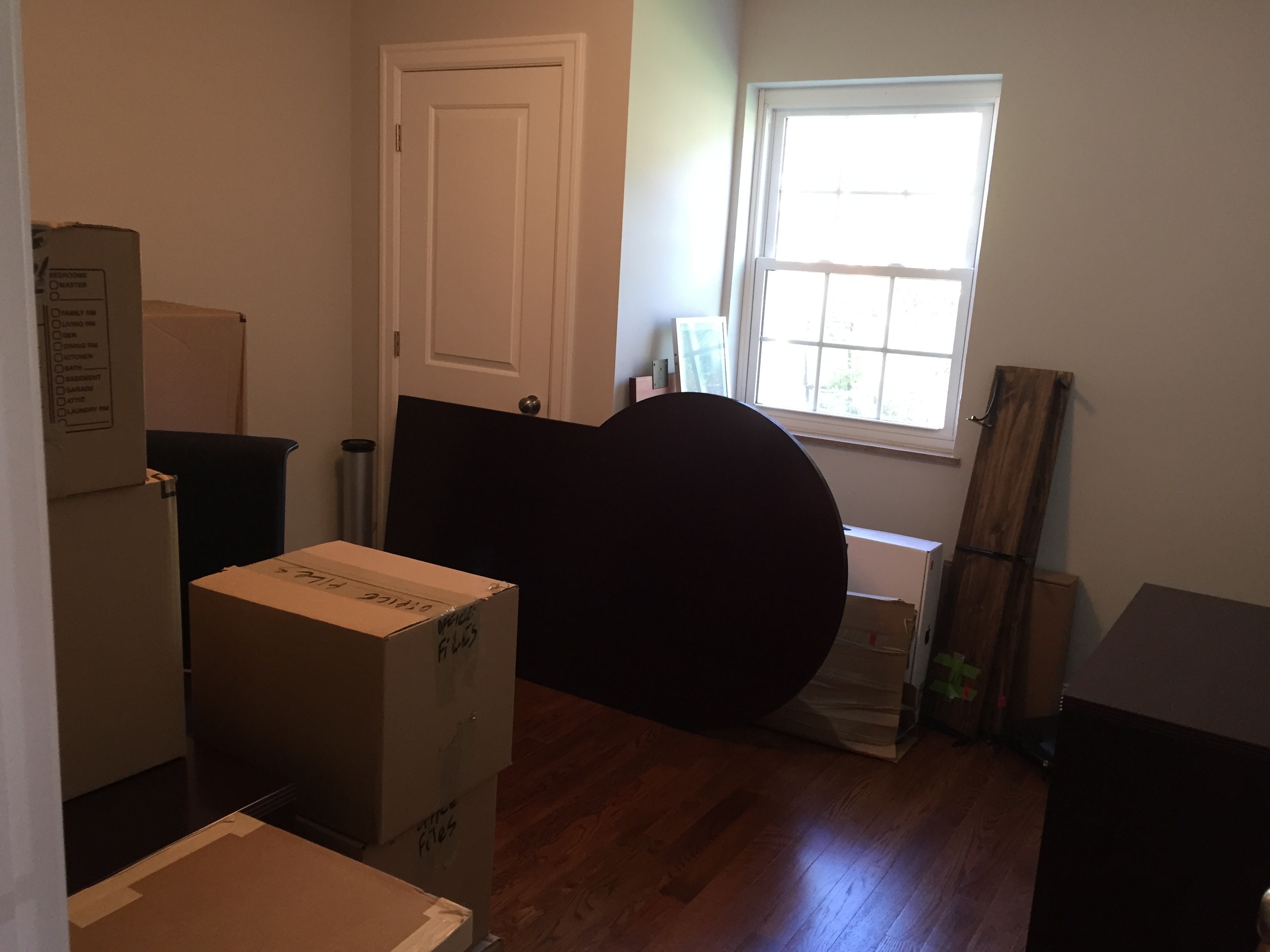 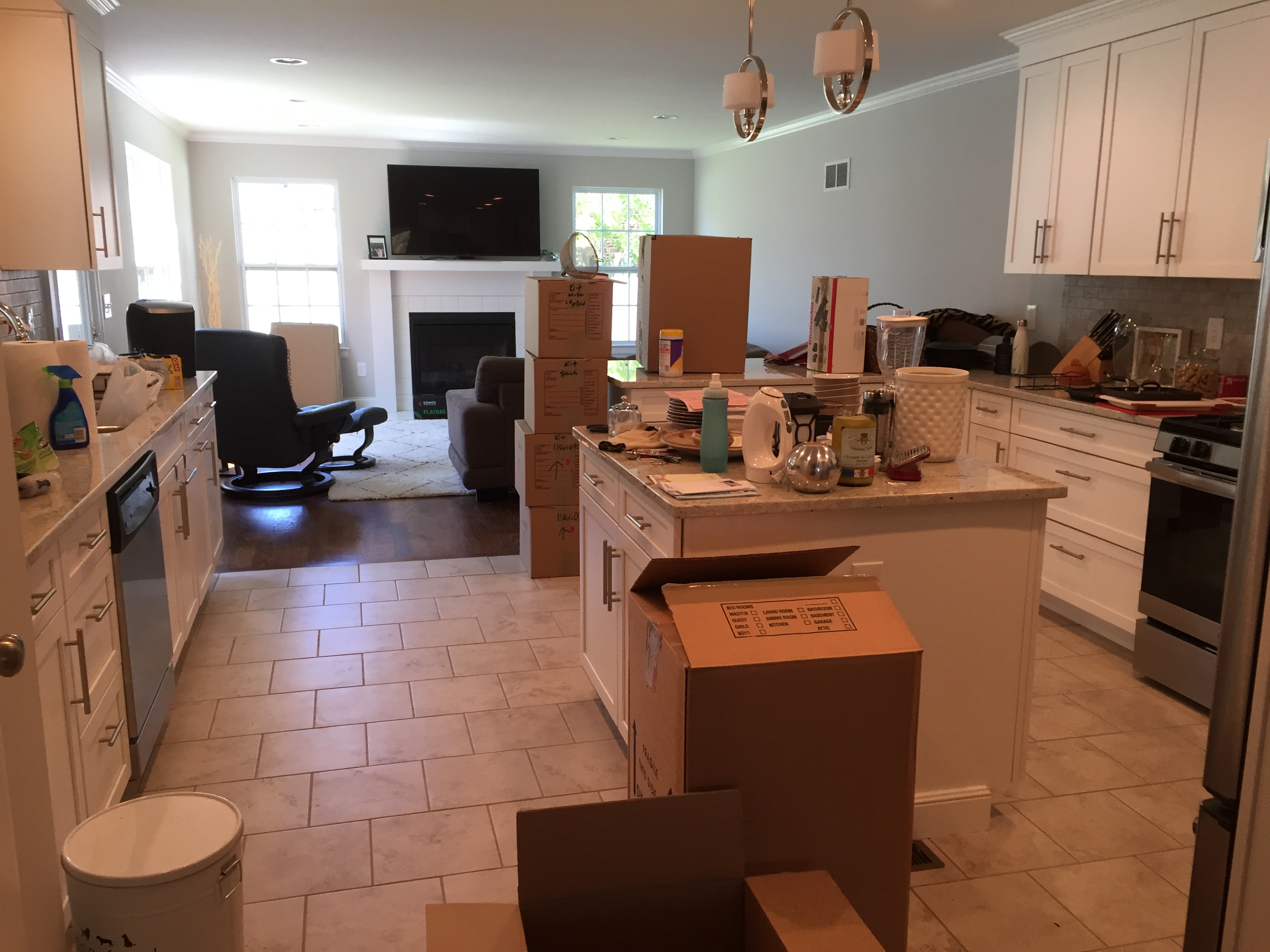 Even with the help of a moving comping, the worst part of moving and unpacking is the unpacking. While they were moving in I was trying to unpack boxes, but that just created piles of wrapping paper. 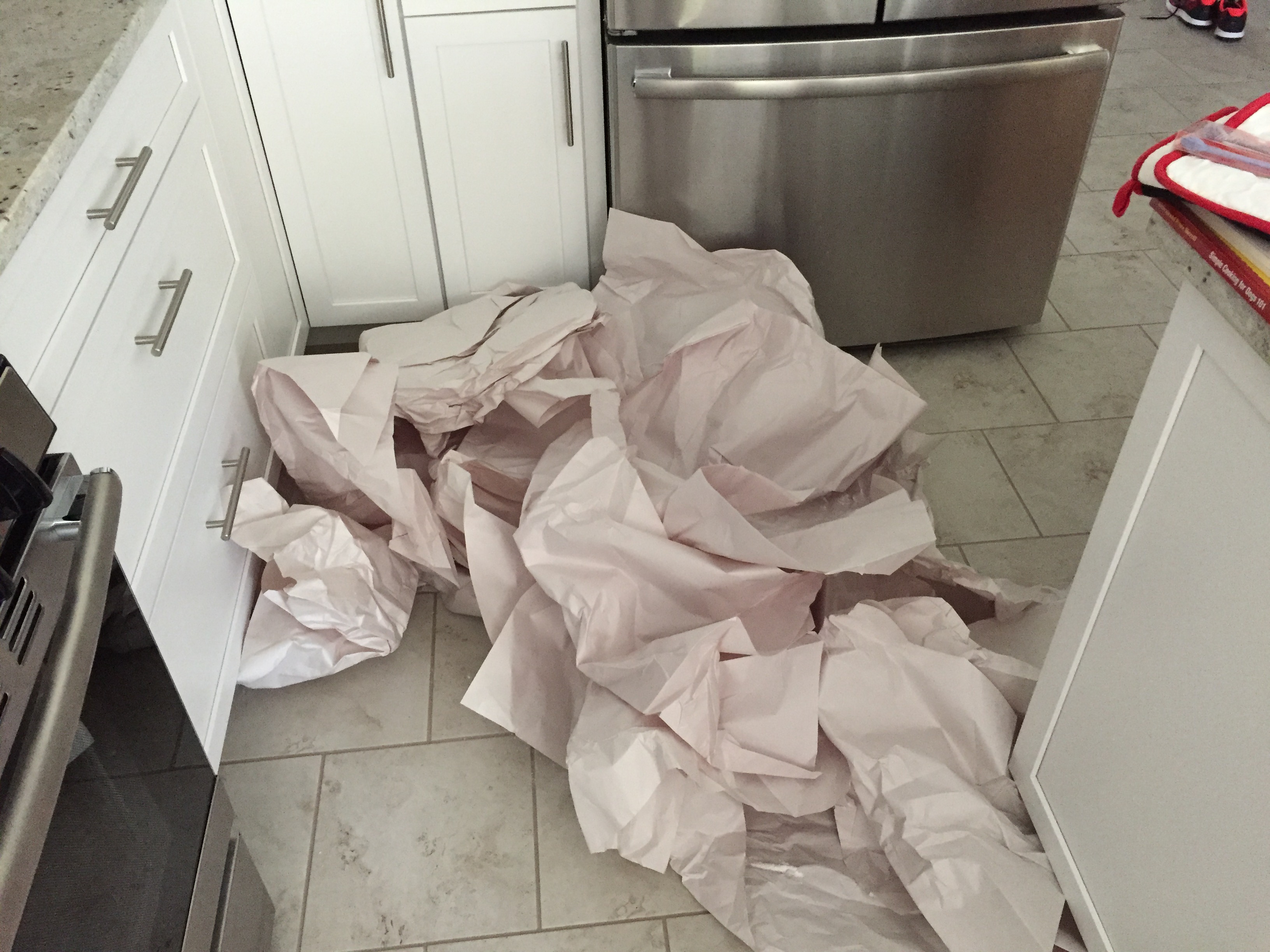 After two hours of moving and unpacking, we accumulated this stack of wrapping paper in the garage. I’m grateful they were so protective of our stuff, but there was SO MUCH PAPER. It didn’t help that Nolan had some weird allergic reaction to the cardboard and could only unpack for a few hours before needing a break.

Each and every picture that was on the wall got it’s own picture box too. I’m complaining about all the boxes and paper but I also must note that nothing was damaged or broken. Until I unpacked the wine glasses and shattered one…

Even our bikes were well-wrapped and very protected for the 700+ mile ride. Mine was lucky item 306. 😉 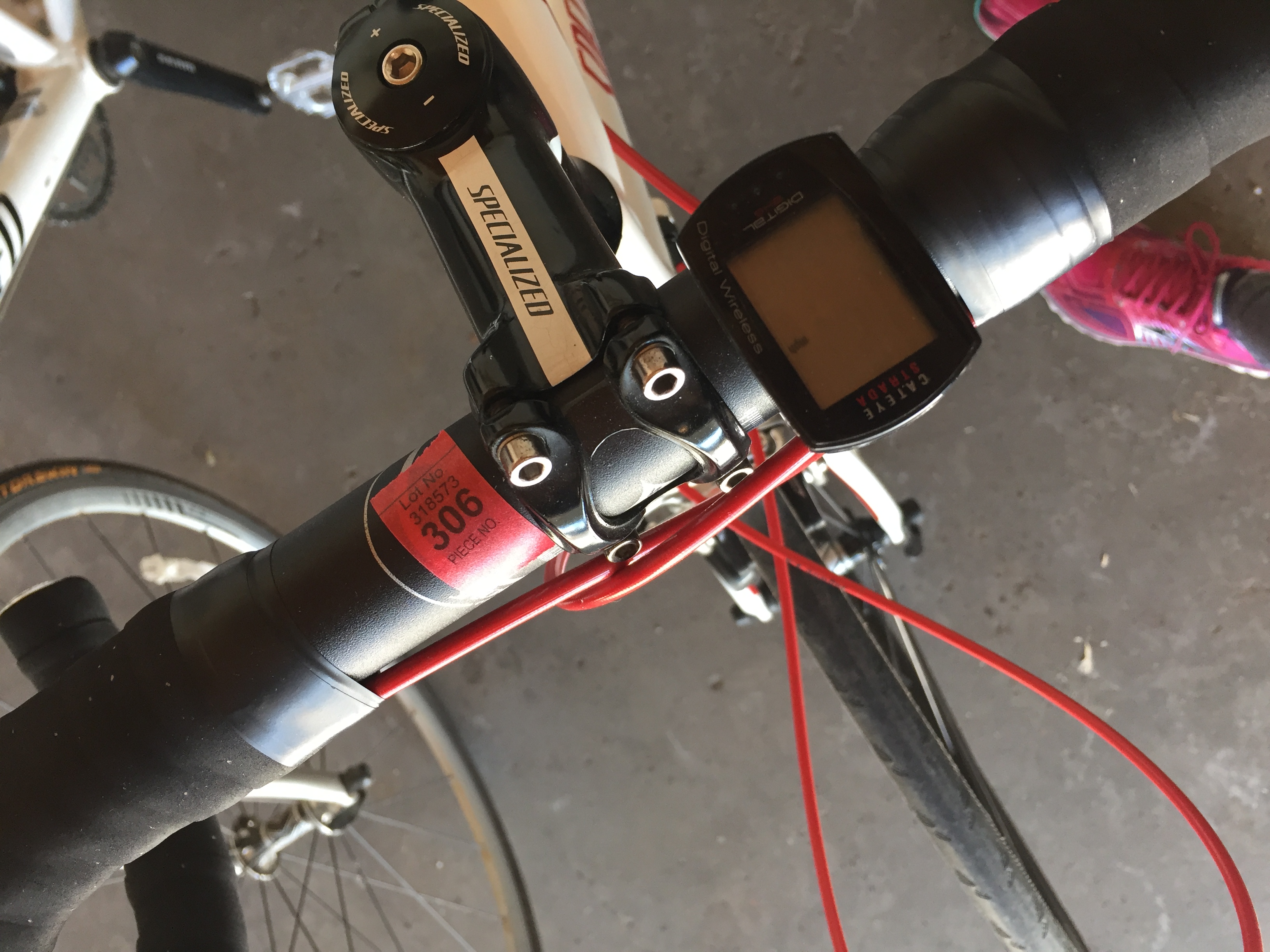 As much as I complained about moving and unpacking, I love our new house, the neighborhood and the adventure of moving to a new place. 🙂

2 thoughts on “Moving and Unpacking is the Worst”