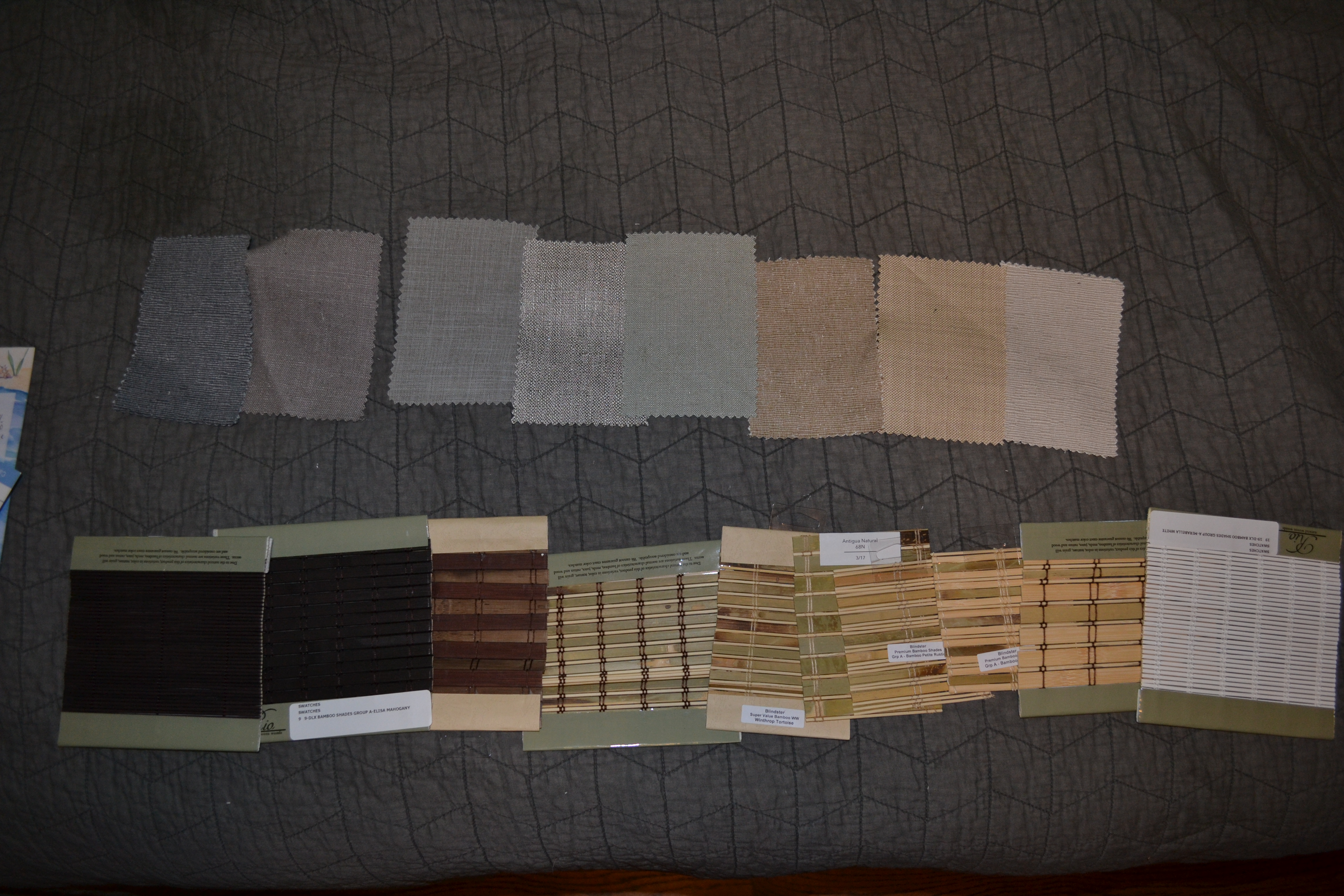 Our master bedroom window treatments hit several snags and we don’t even have them yet! I really hope the install is easier than picking them out and ordering them.

After pinning about 50 different blind/curtain combos in my Cincinnati Pinterest Board, we settled on the image below from crazy WONDERFUL. For awhile I’ve been eyeing the dark bamboo shade + white curtain look, I originally planned to do this in our old office, but the desk got in the way of doing full length curtains. 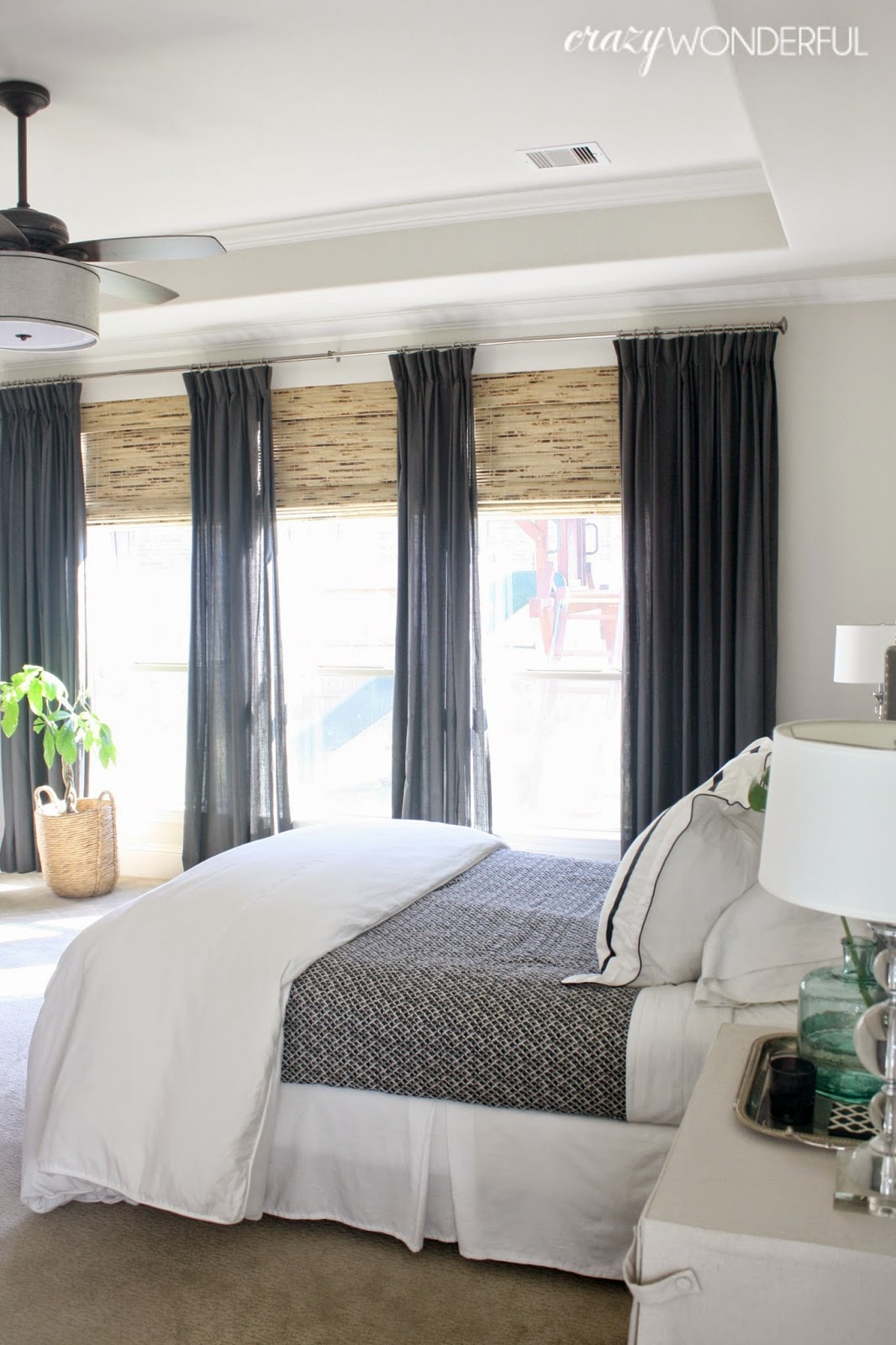 But, we settled with medium blinds and dark curtains. This was actually a Pinterest compromise, because I wanted white curtains, but Nolan was worried they’d get too dirty. Coincidentally, crazy WONDERFUL has since switched to white curtains. 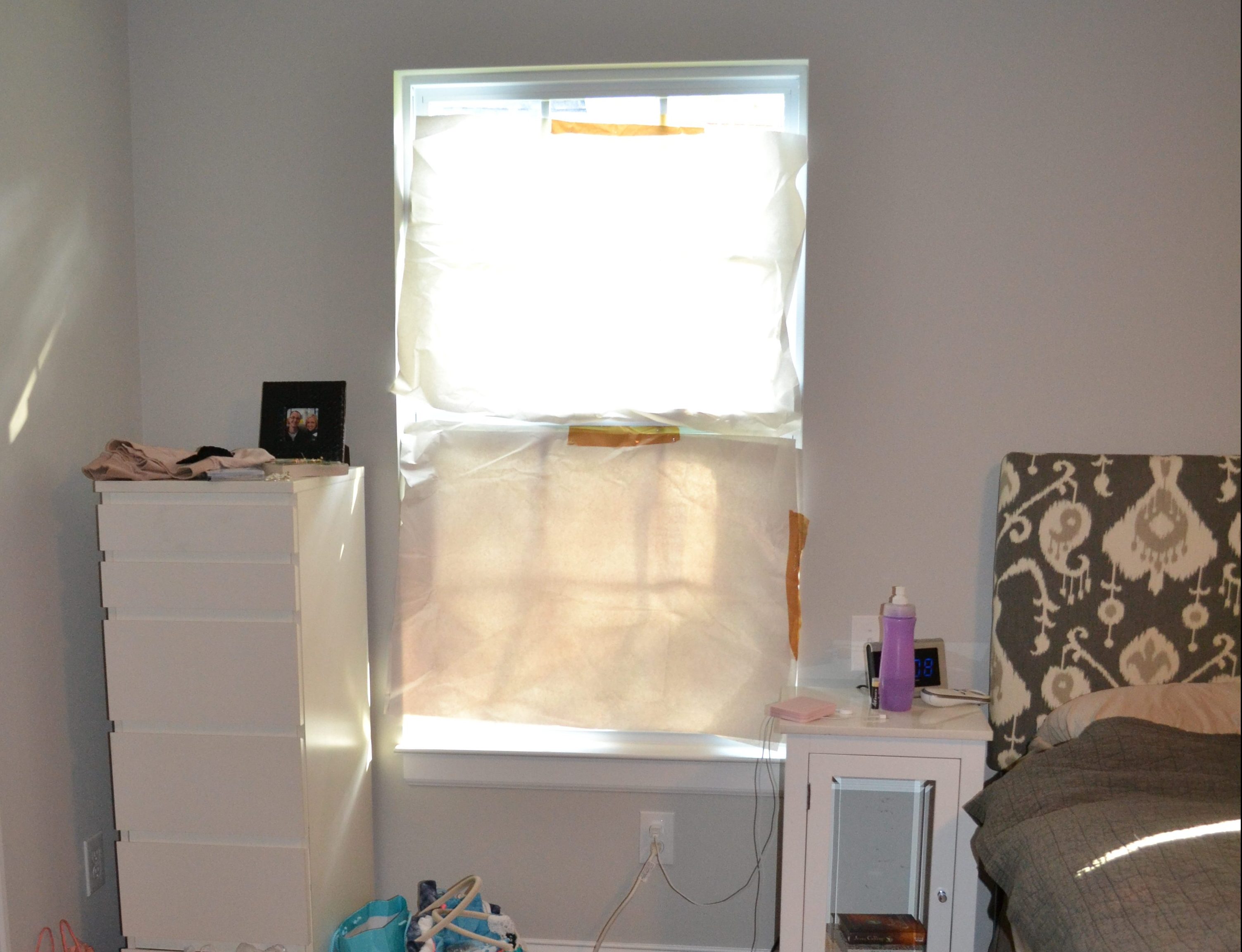 I cropped out all of my junk on the floor, which will soon have a home in our new master bedroom closet. While it was nice to find a use for some of all the packing paper, it wasn’t quite the look we were going for. 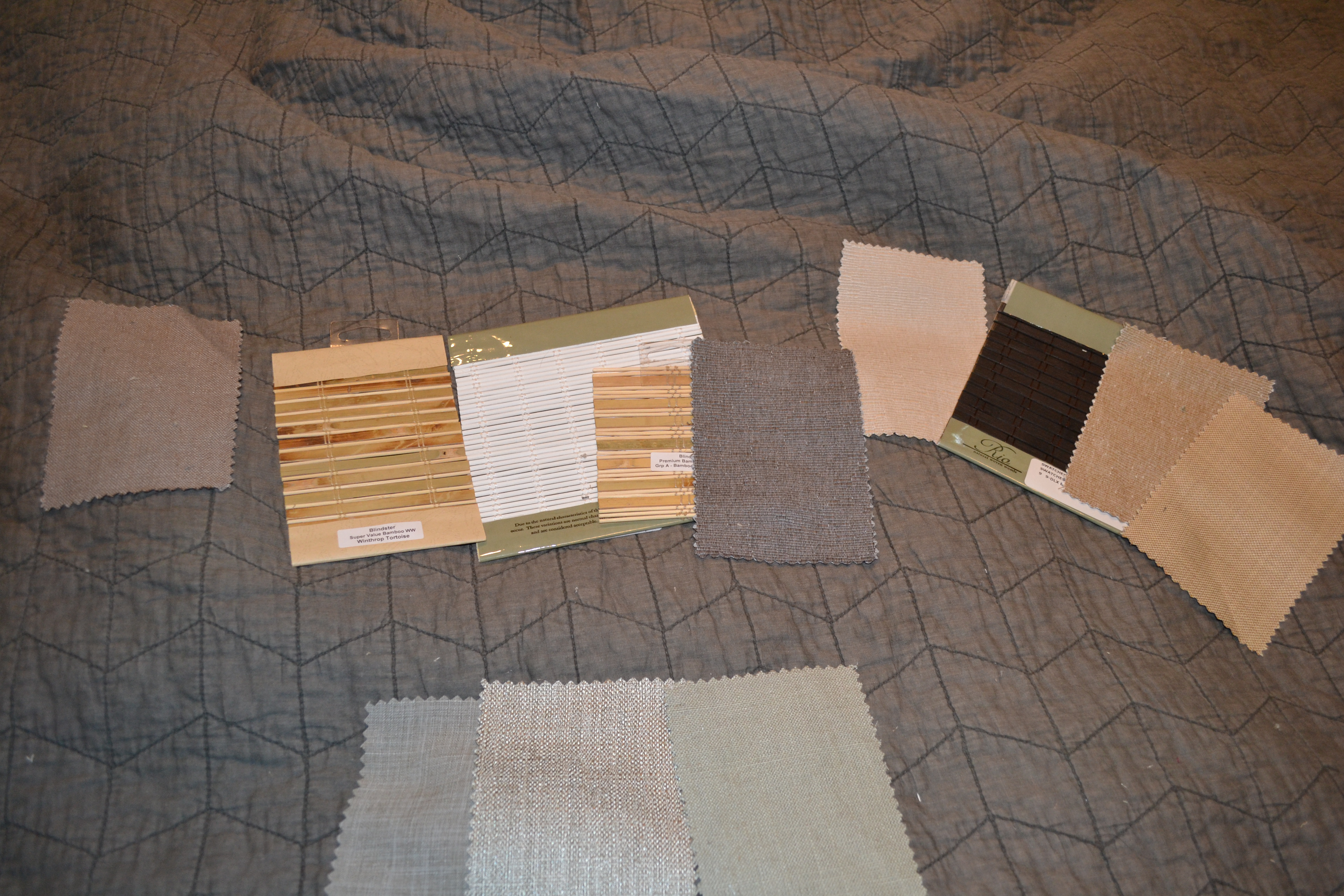 We narrowed it down to to a few blinds and  a few curtain colors. Surprisingly Nolan was drawn to the dark blinds, after initially not liking the dark blinds/light curtains duo. 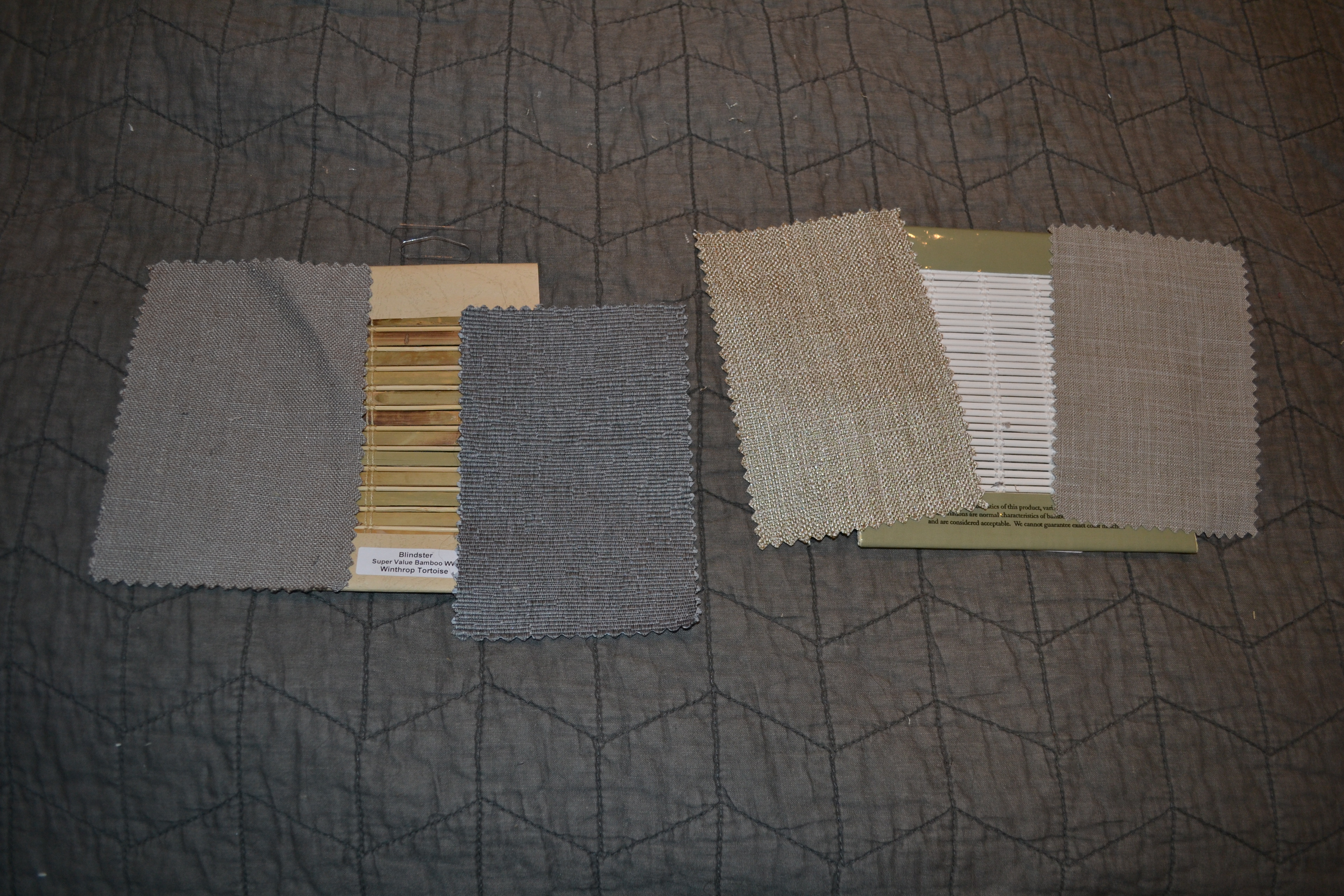 Who know that picking out master bedroom window treatments would be so hard? We then narrowed it down to two blinds and four different curtains. Then we went to the wall… 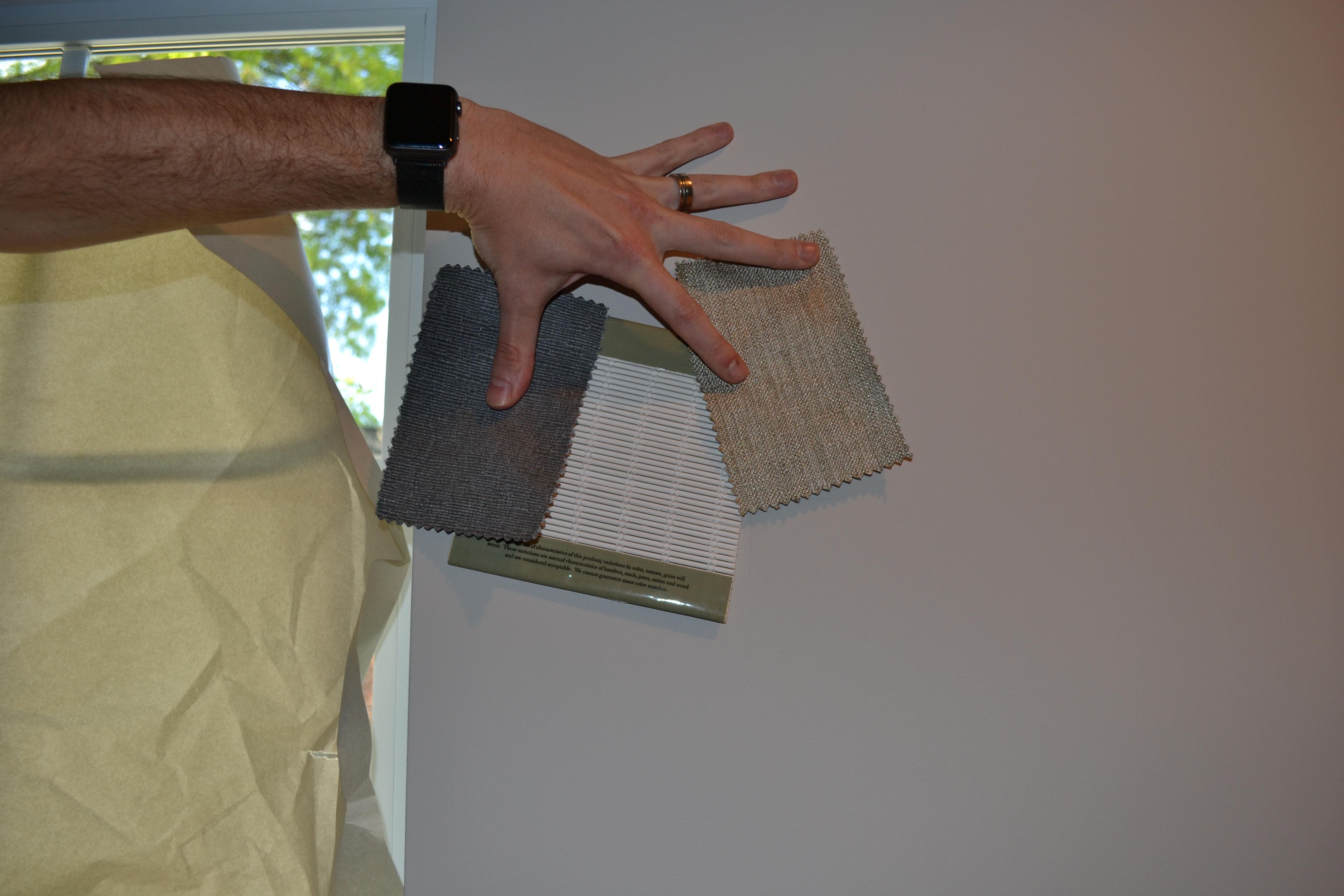 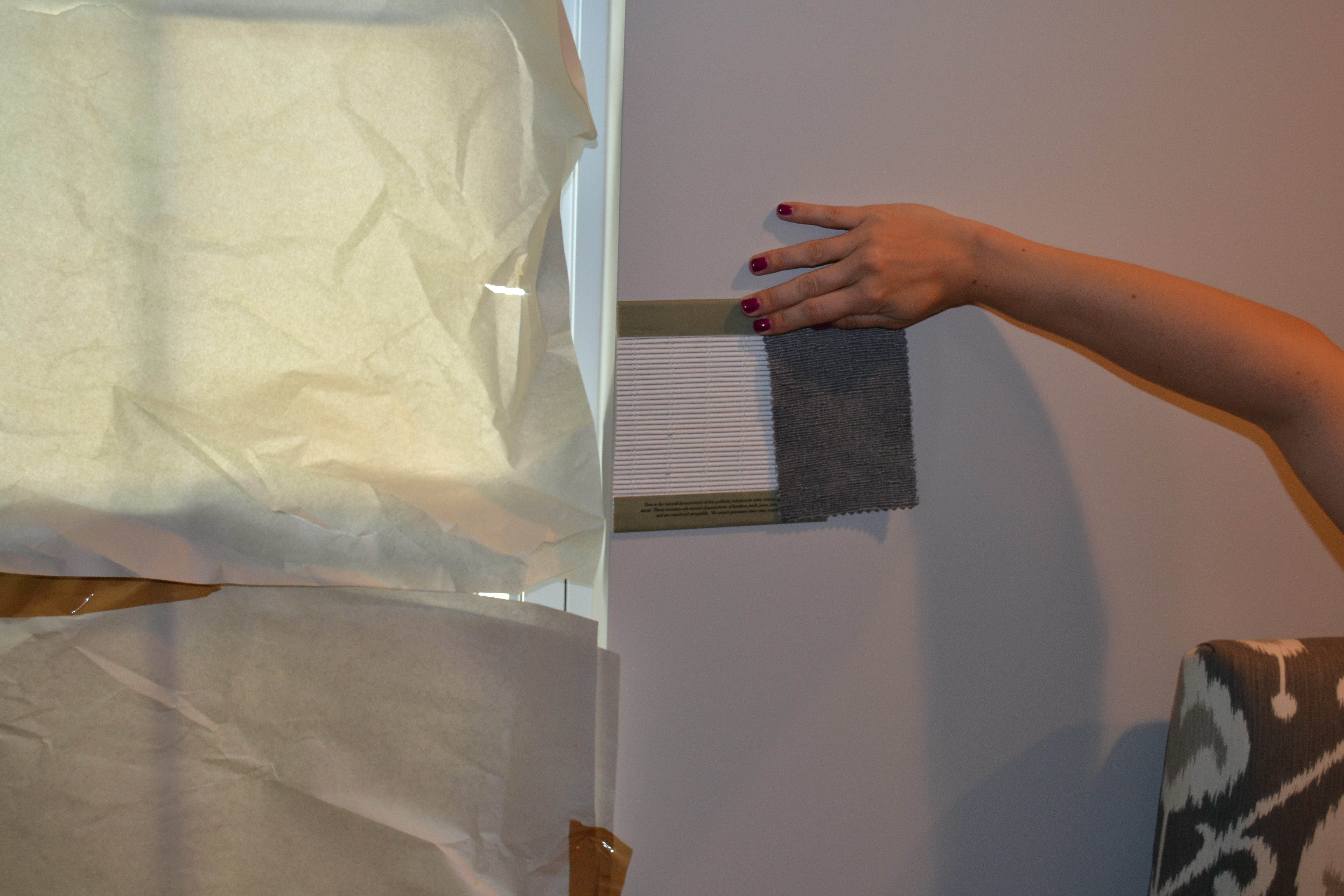 We settled on the white blinds and dark blueish curtains. So much of the rest of the room is neutral we agreed that the dark curtains would bring some depth. Until I went to order them and realized that fabric swatch was for roman shades, not curtains. Not to be discouraged we measured the windows to order the blinds. 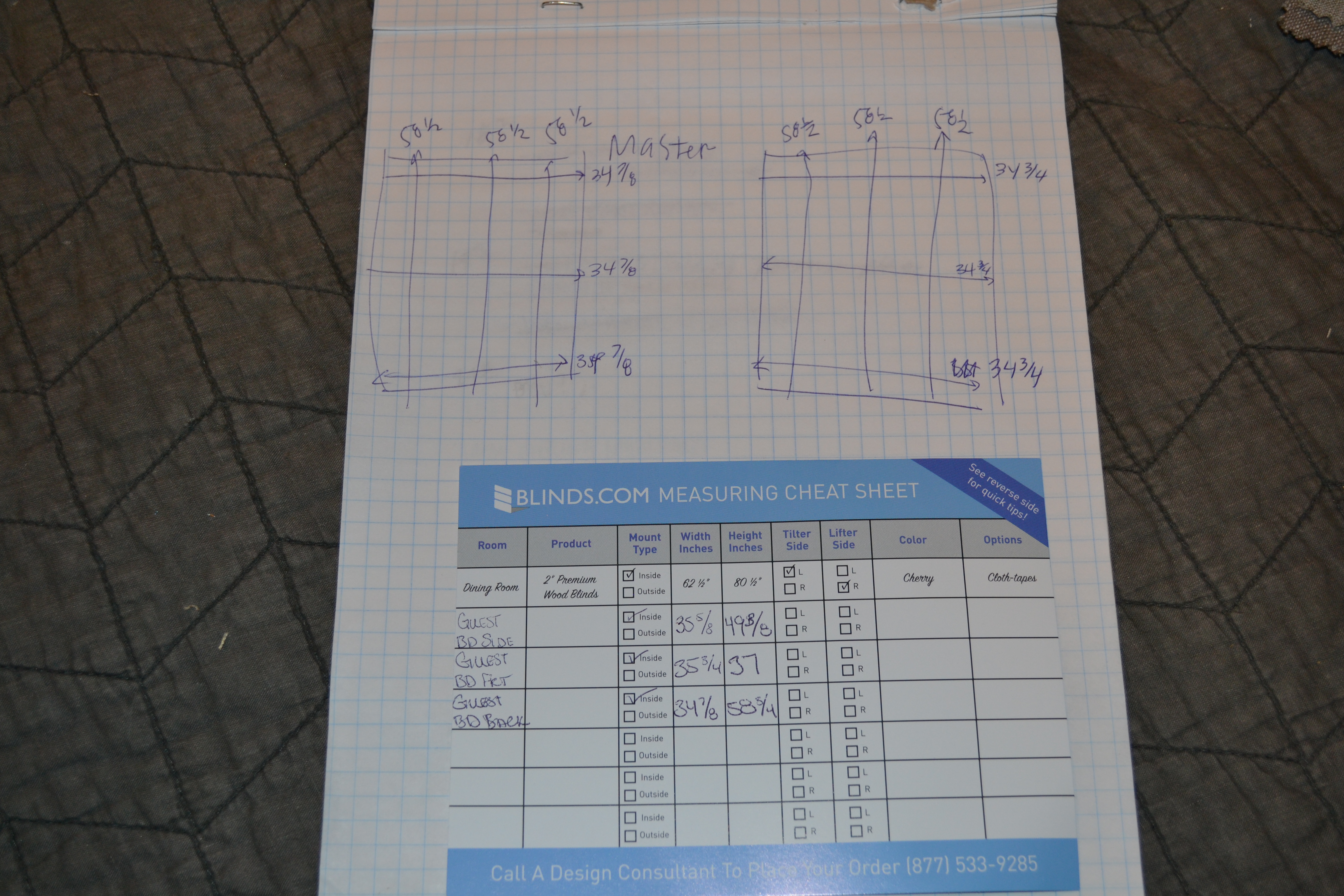 After triple checking the measurements we went online to order them and then saw they were on backorder until July 5th! We ordered them anyway and these curtains and these curtain rods from Target. I had saved several curtain options from Wayfair, Overstock and Amazon bookmarked, but ultimately the Target curtains won out. After ordering I realized the curtains come in pairs, not just one panel, so I ordered two too many. Let’s hope the install (in July!) goes more smoothly…