Ninja Blender and My First 5 Smoothies 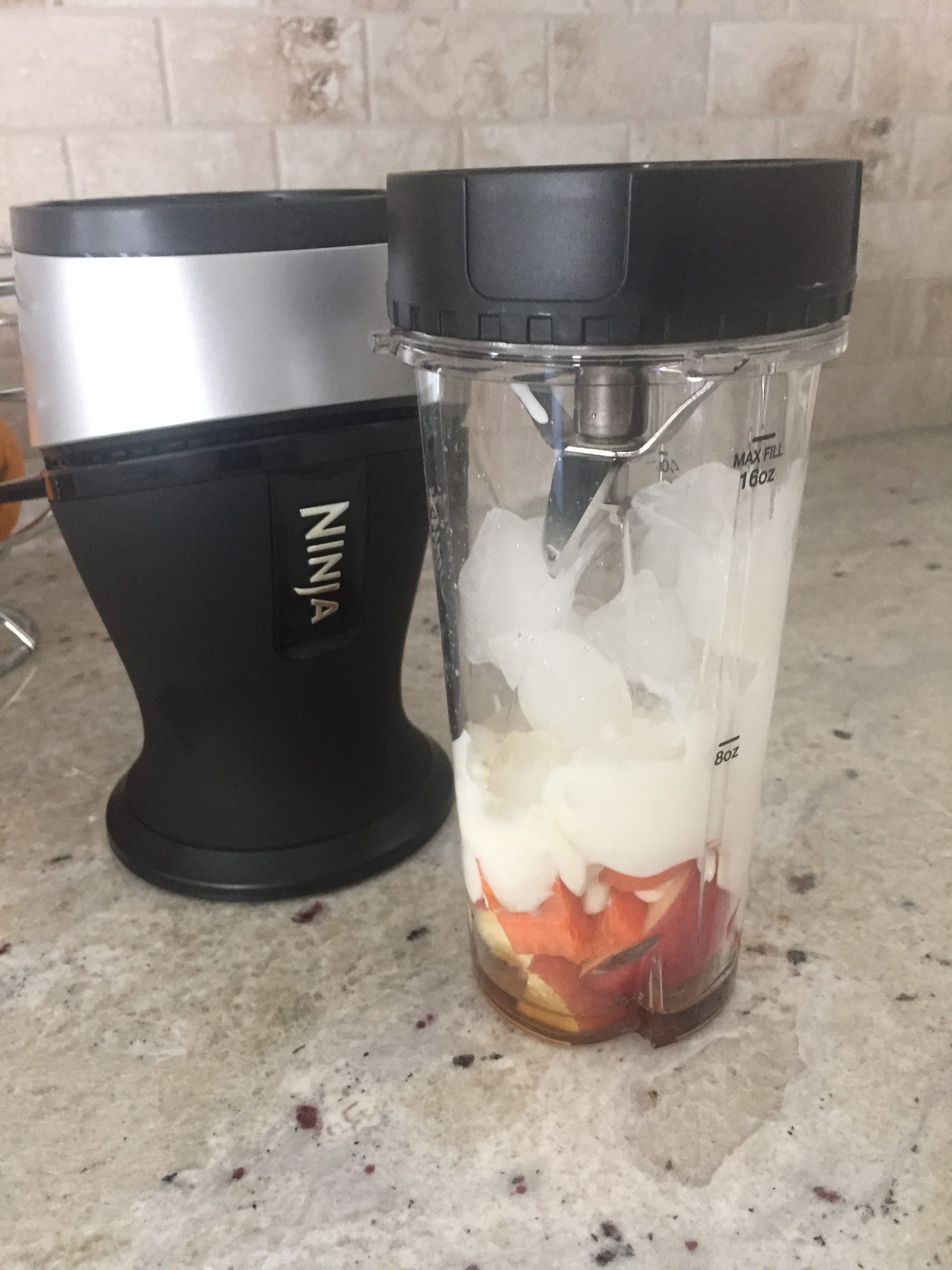 So many bandwagons lately; off the shoulder tops, zoodles, distressed jeans, and now the Ninja Blender! 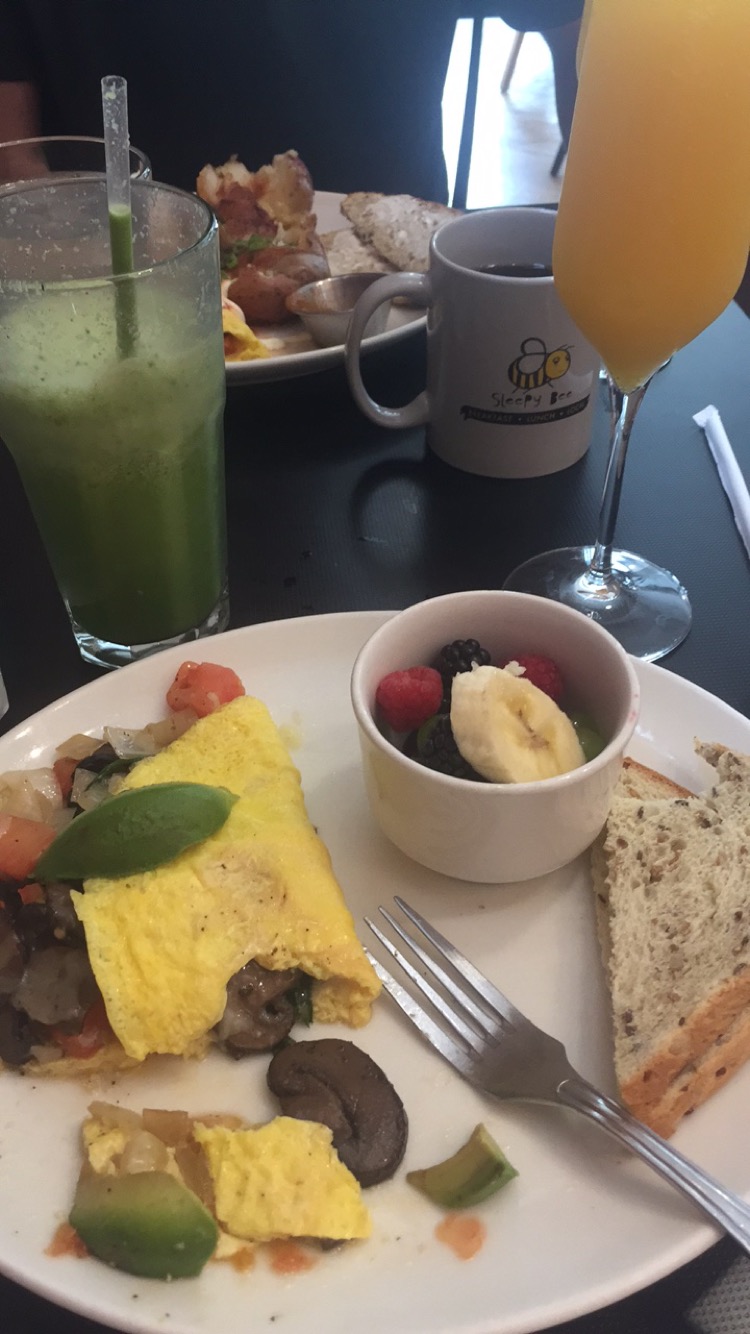 While Sophie was being groomed last weekend, Nolan and I went to Sleepy Bee Cafe for some brunch. I loved all the healthy options, but Nolan was more in the mood for the big greasy breakfast. (Which we’ve had at Echo). I ordered a $7 green smoothie, mostly to spite him. And surprisingly, we both agreed it was pretty good.

After lots of laughs and eating too much, we headed to Target. I saw this Ninja Blender on sale and thought, I could make those green smoothies! I swear the Target gods put it in my path because they knew I hadn’t hit the $100 trip minimum yet.

After a really hot and humid run, I gave it whirl. I put in ice, 1/2 banana, spring mix lettuce, 1/4 apple. I was really happy at the power the tiny thing has! The smoothie mostly tasted like a grassy rotten apple. I think the apple was past its prime. I drank 1/2 of it. 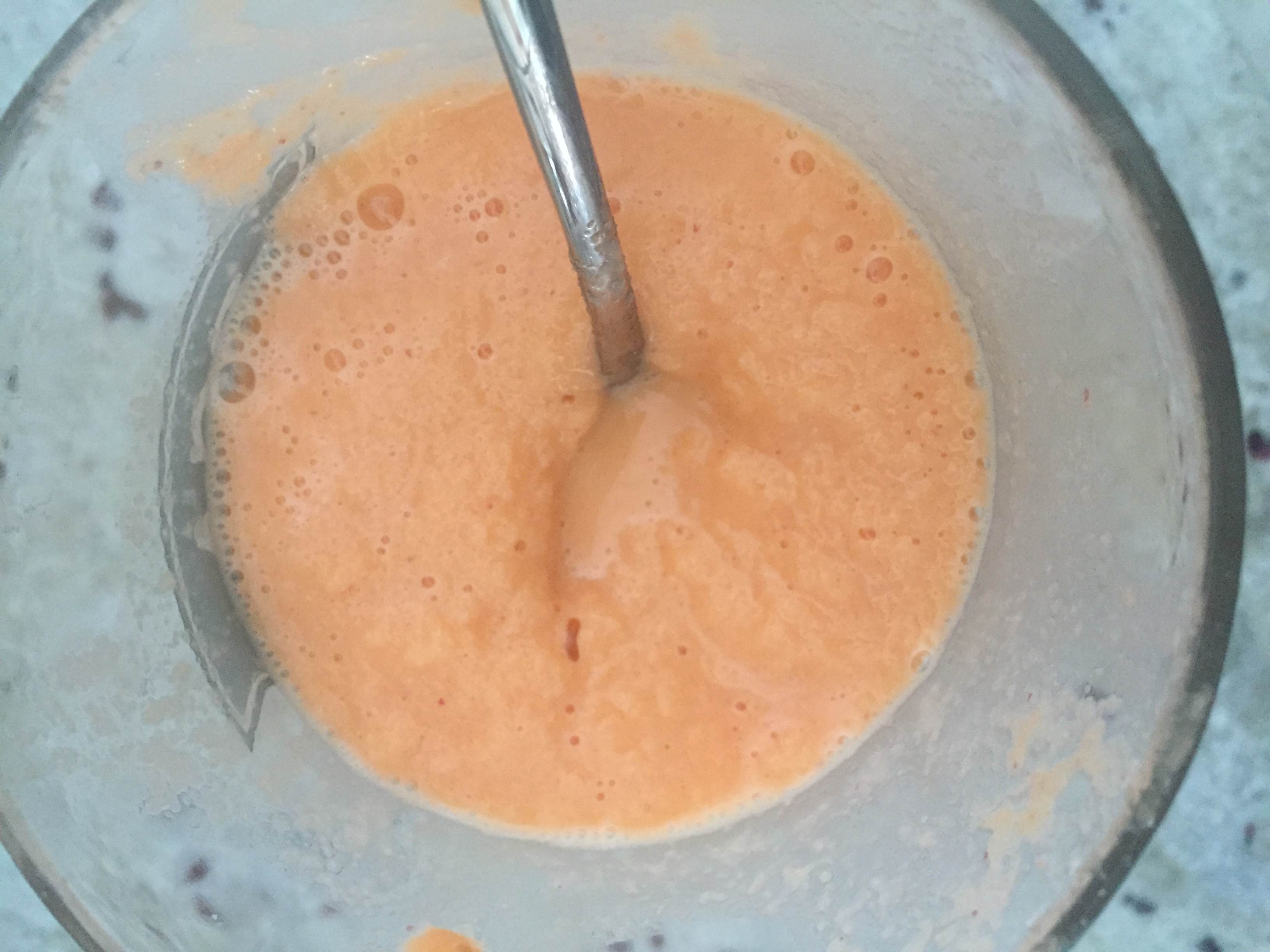 The second smoothie I tried had a (good) apple, carrot, plain greek yogurt, maple syrup and ice. I added a bit more ice and learned that it’s best to put the ice in first. This one tasted better than it looks and I drank almost the entire thing. 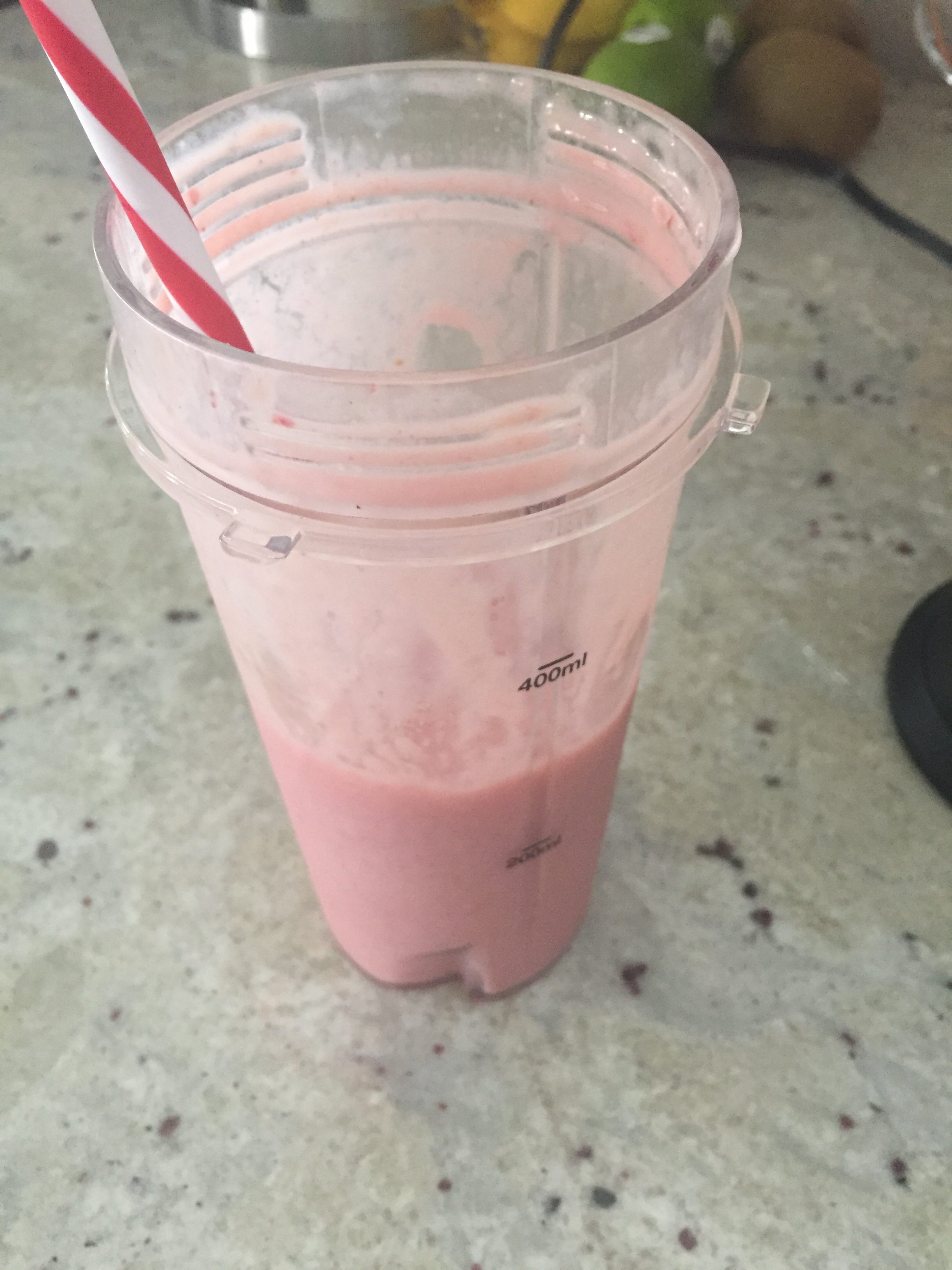 My third smoothie attempt was a sweet one; made with strawberries, 1/2 a banana, one big scoop of plain greek yogurt and ice. I drank this entire one, but I’m pretty sure it wasn’t the healthiest, because it was basically all sugar. 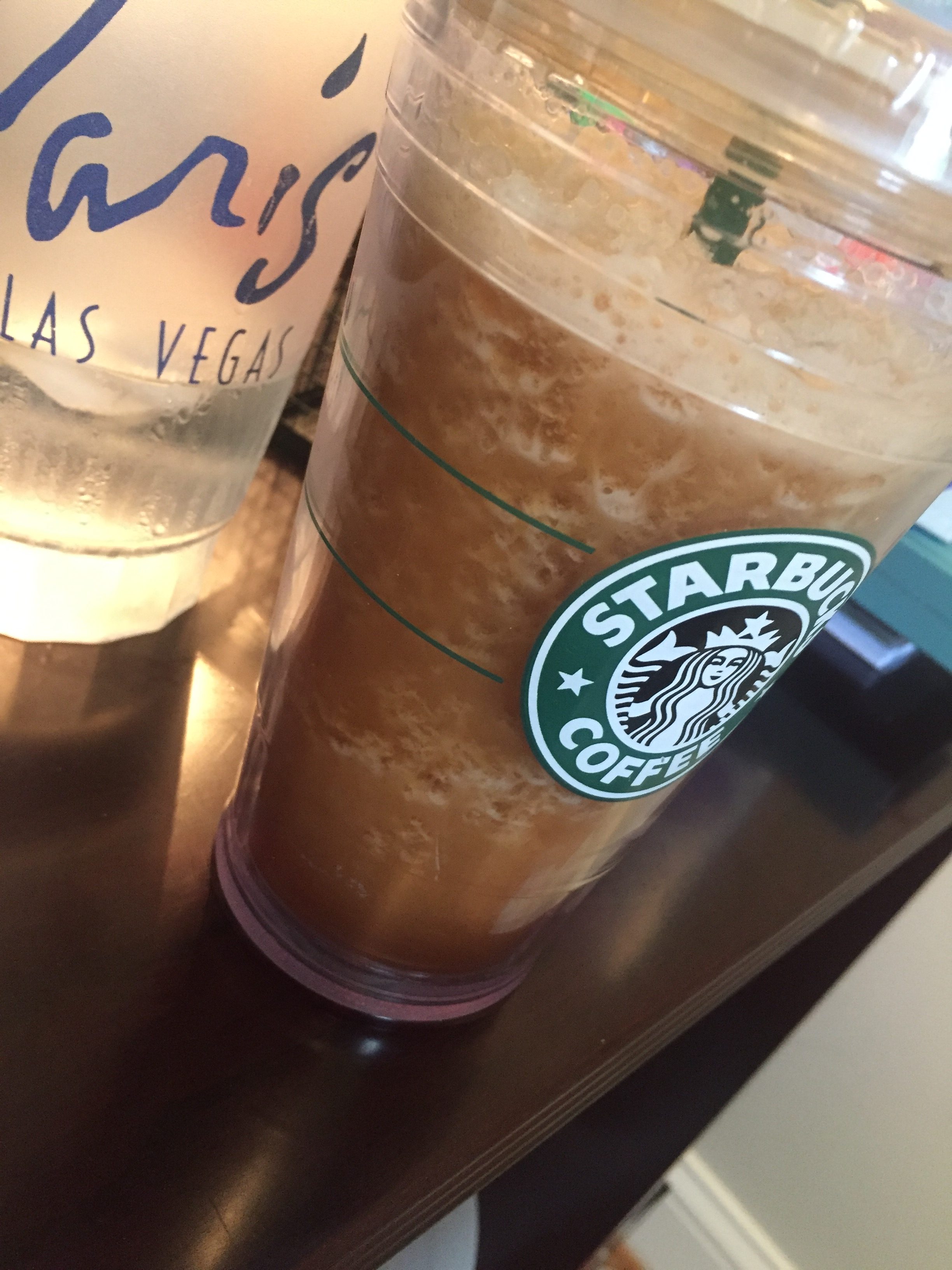 I made an extra cup of coffee in the morning and put it in the fridge for the afternoon. I knew a strong mid-afternoon slump was in the forecast because I planned on doing hill repeats on my lunch run. (Still working on hitting July goals.) Sure enough, around 3pm, I felt it. So, for my fourth smoothie, I tossed ice, the cold coffee and a little sugar into the Ninja Blender and immediately sucked down the caffeine and sugar.

Smoothie #5: Blueberries with a side of Spinach 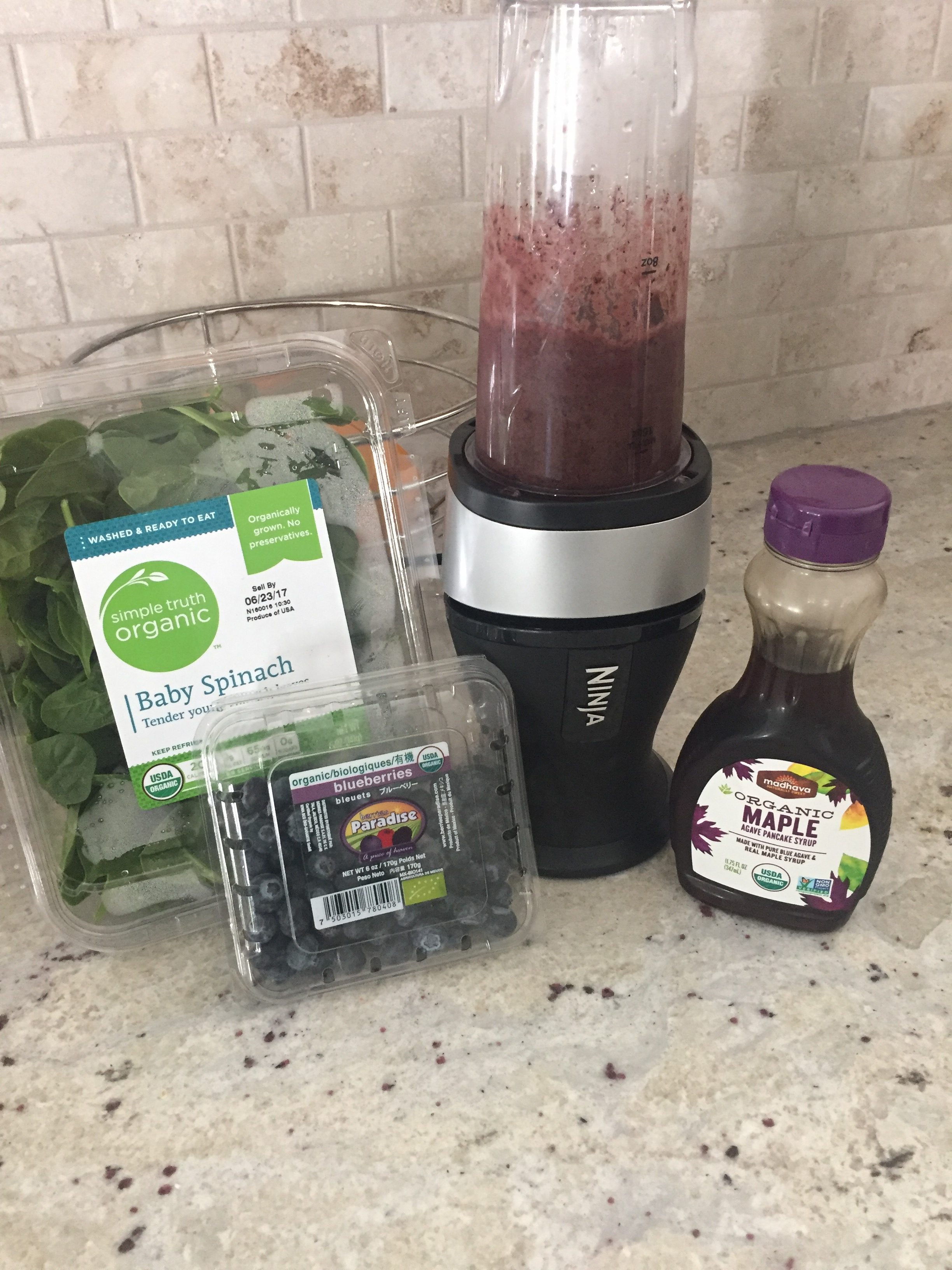 My fifth smoothie attempt included a handful of blueberries, ice, maple syrup and a few spinach leaves. (When all the ingredients were in the container it was full before I blended it. Funny how it shrinks down.) I’m hesitant about putting too much spinach and having it taste too much like you’re drinking spinach. Which, in essence, you are, but I still don’t want it to taste too much like reality. This one was good though,

I should really be adding some sort of protein powder or a supplement into these, I just don’t know which ones. This bottle of collagen peptides keeps popping up in my Instagram feed. What’s the worst that could happen? I think it’s healthy and then later the AHA says it’s not, like coconut oil…

2 thoughts on “Ninja Blender and My First 5 Smoothies”