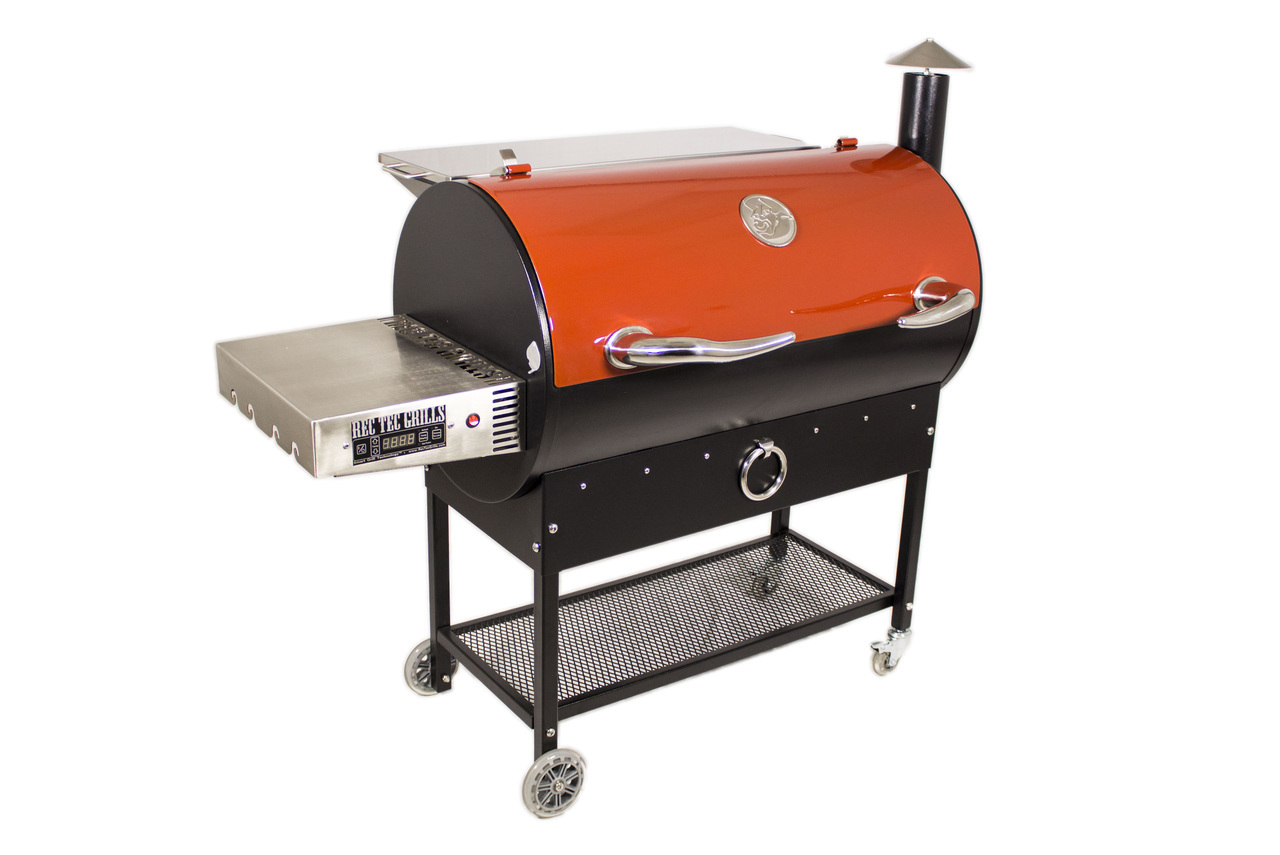 Other than my lack of strength (I should have added strength training to my June Fitness Goals), assembling our REC TEC grill was pretty straight forward! 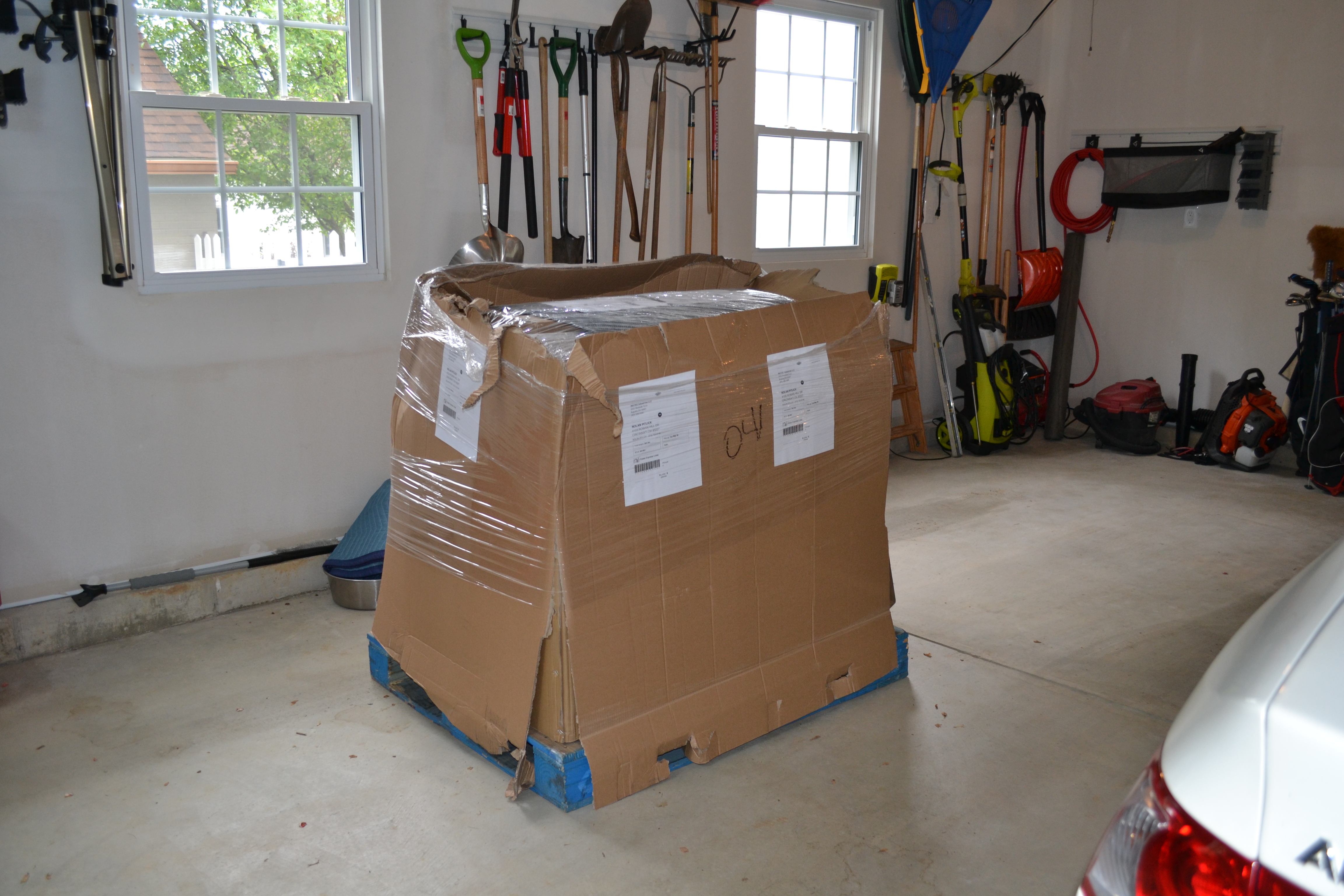 The box sat in our garage for about 5 hours before we dug in and started installing it. Nolan has been looking at this grill for almost 4 years, so he was only a tiny bit excited.  So excited, that he was worried I was going to dent it by sitting on top. (Like my bright pink socks?) 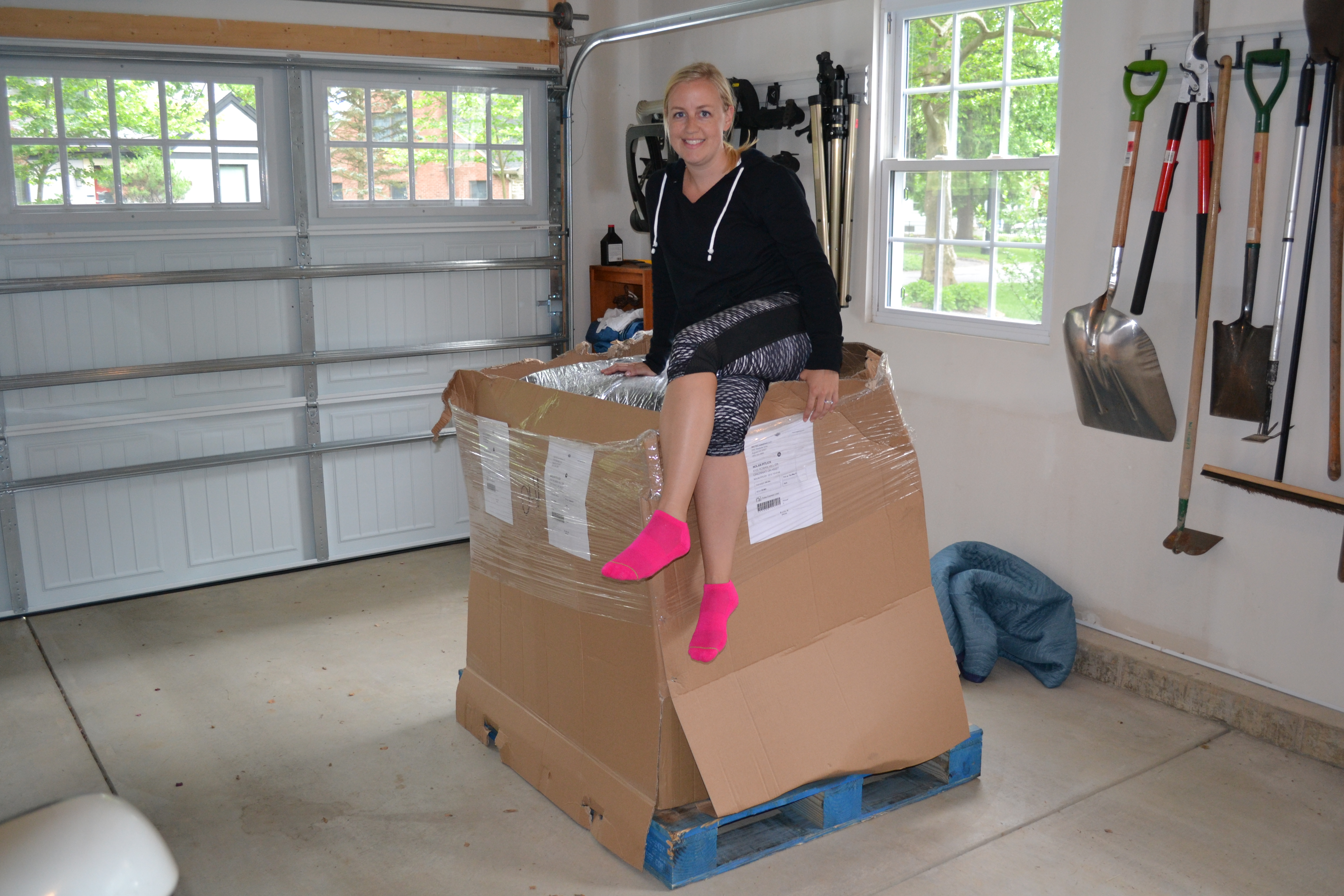 Maybe someday I’ll tell you about the garage storage situation. Almost as exciting as reading about our favorite dryer cycle. 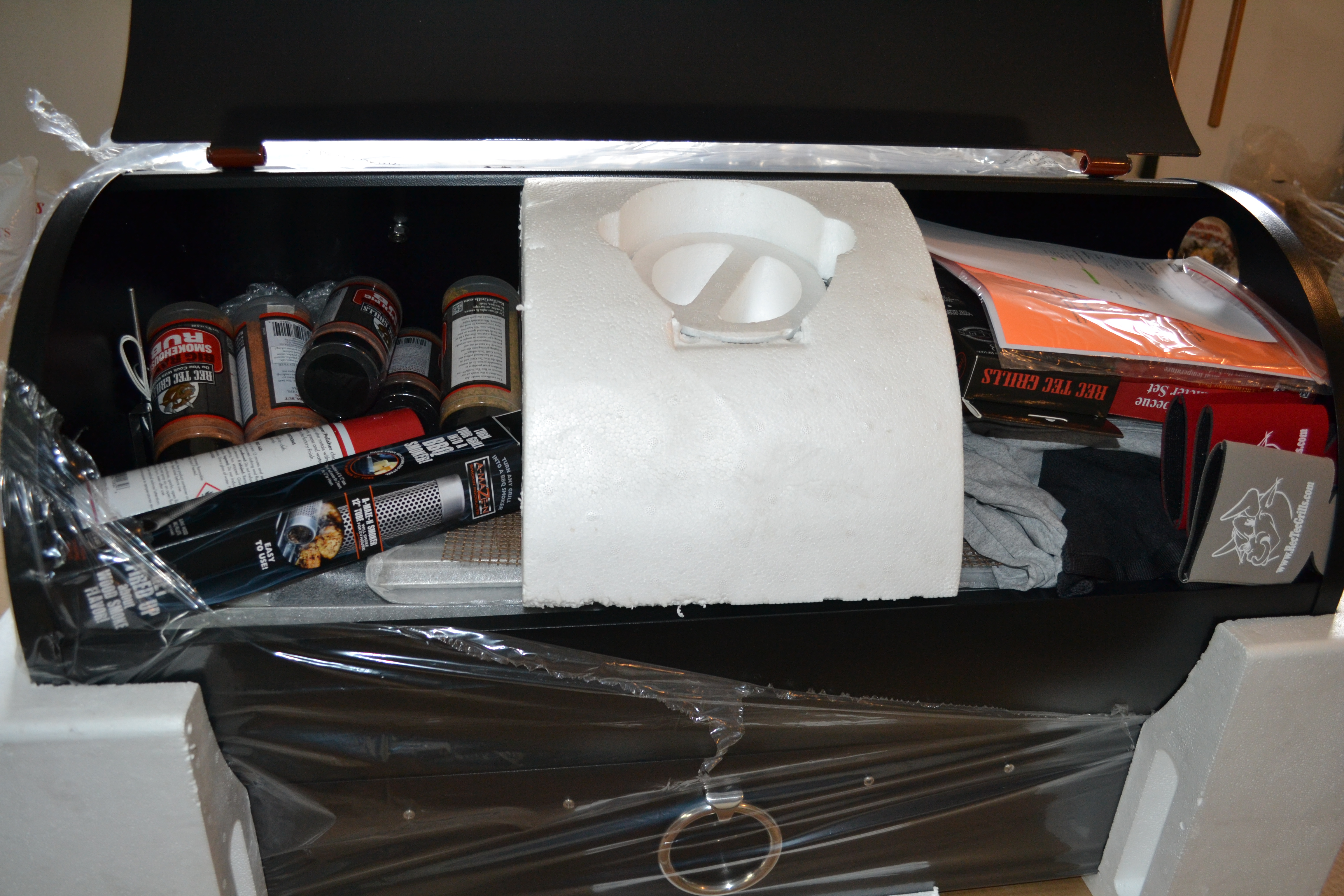 We first unpacked the entire pallet. Not only did we get the grill, we got all sorts of accessories, dry BBQ rubs, wet BBQ sauce, a meat thermometer, stainless steel cleaner, can coozies, a grill cover, a t-shirt, amongst other things. But wow, the cardboard and styrofoam took two weeks to get rid of. 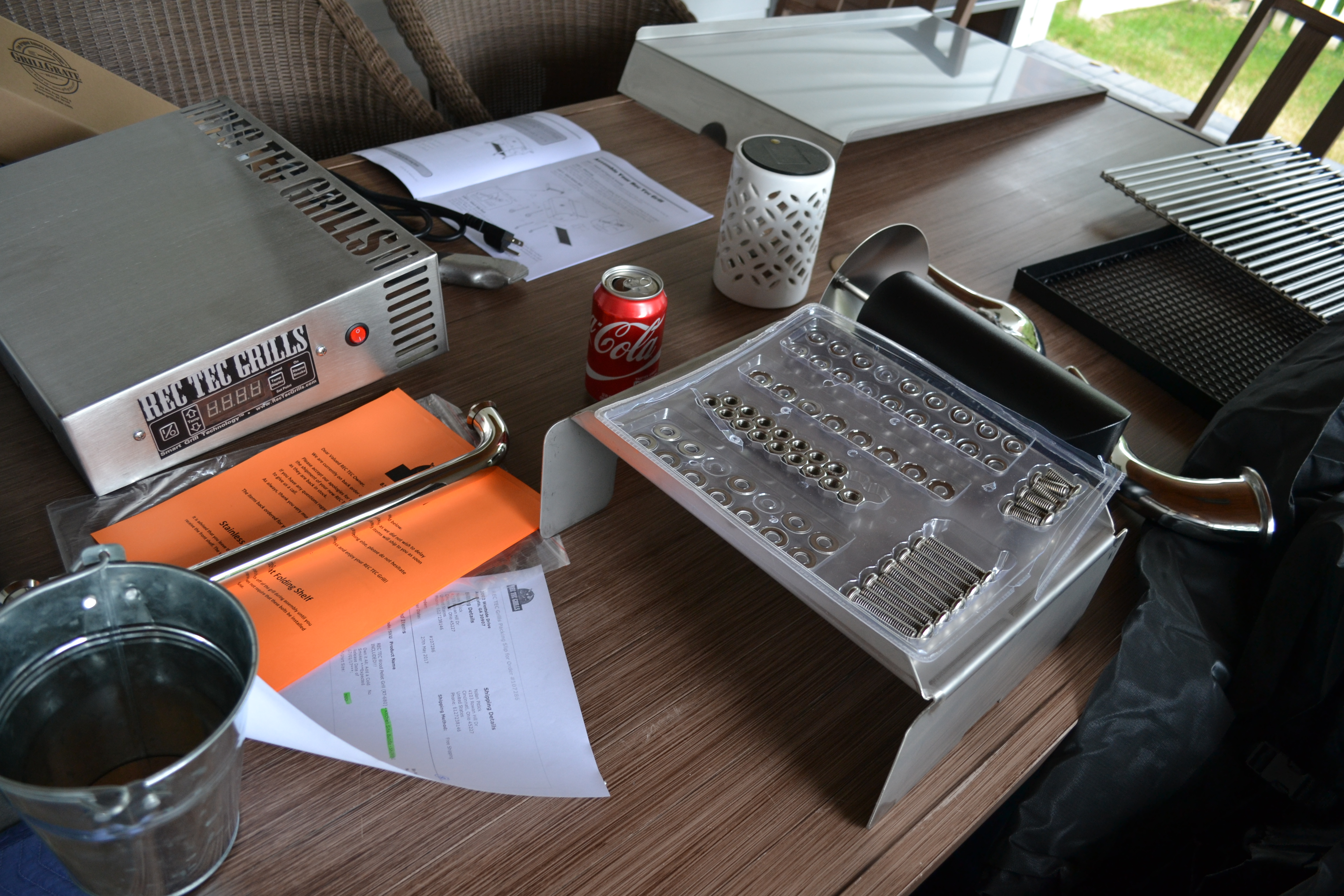 We brought all the parts to the patio to do the assembly. Nolan had practically memorized the instructions, so while he started, I unpackaged all the parts, including the handles. 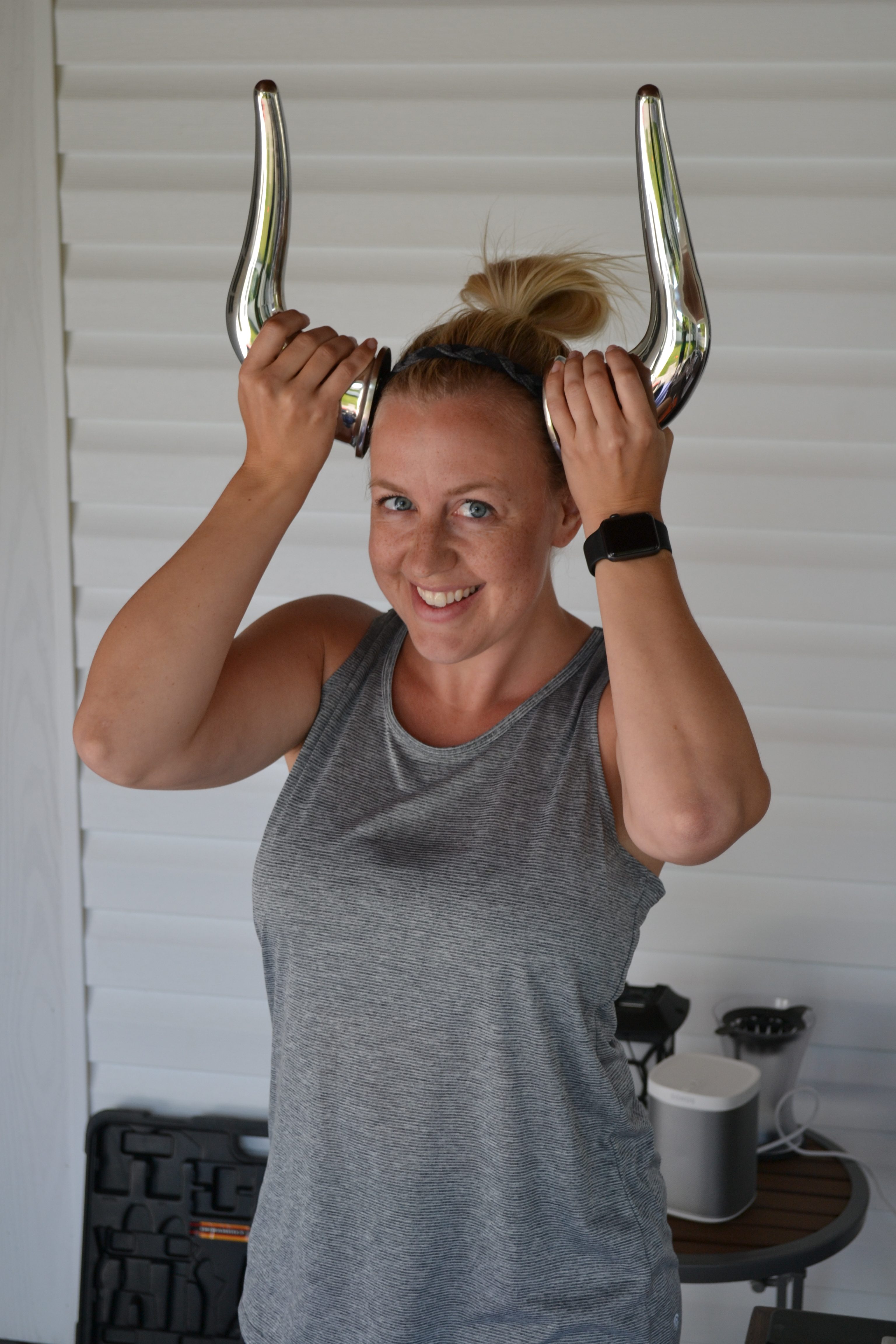 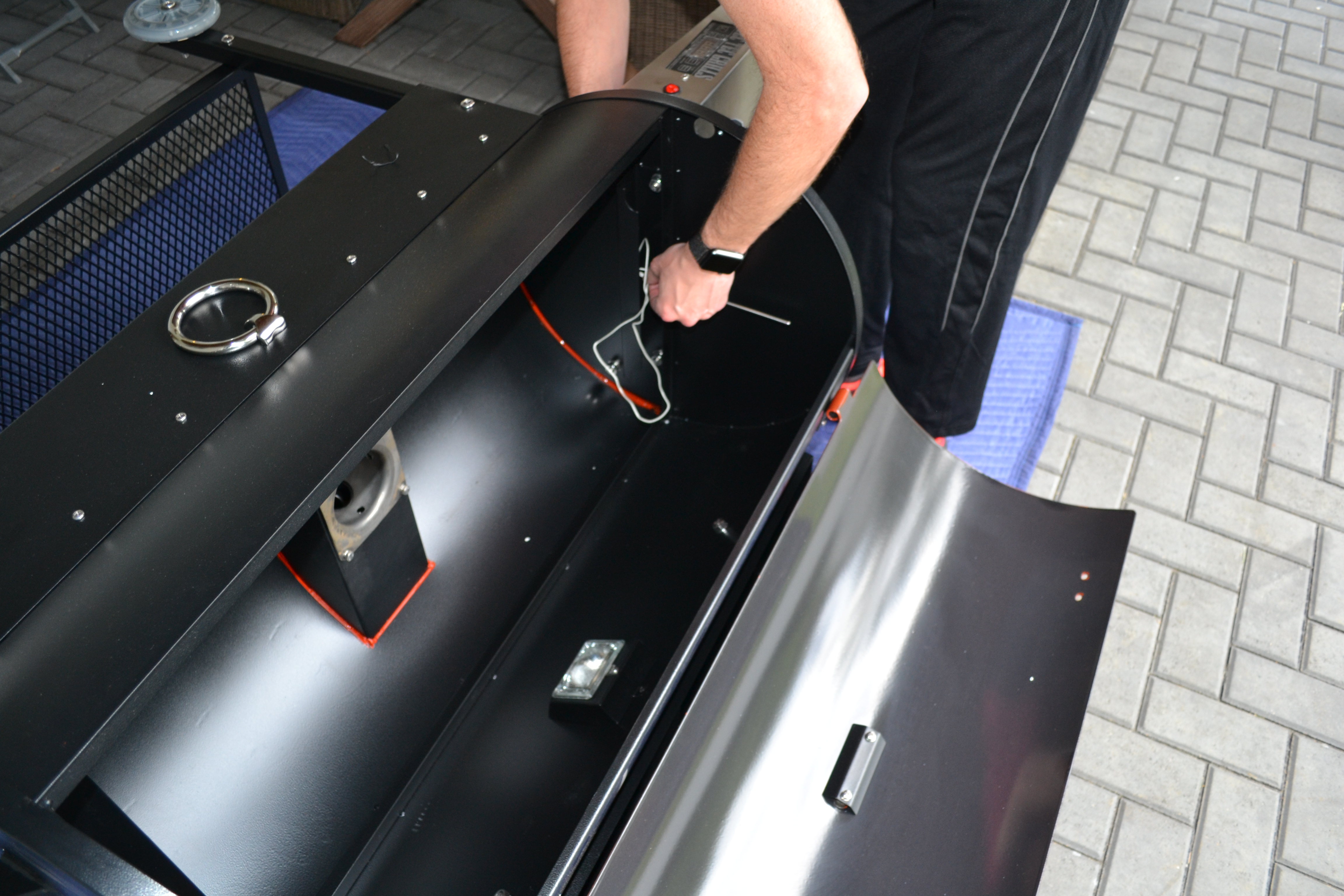 Most of the assembly took place while the grill was laying flat on the ground. One piece had to be wired, but the rest was mostly screw this, bolt that. Then, it had to be rolled into place. We aren’t going to get rid of our charcoal grill, it’ll still be good for searing steaks and other things. (I’m not the griller, I’m the zoodler.) 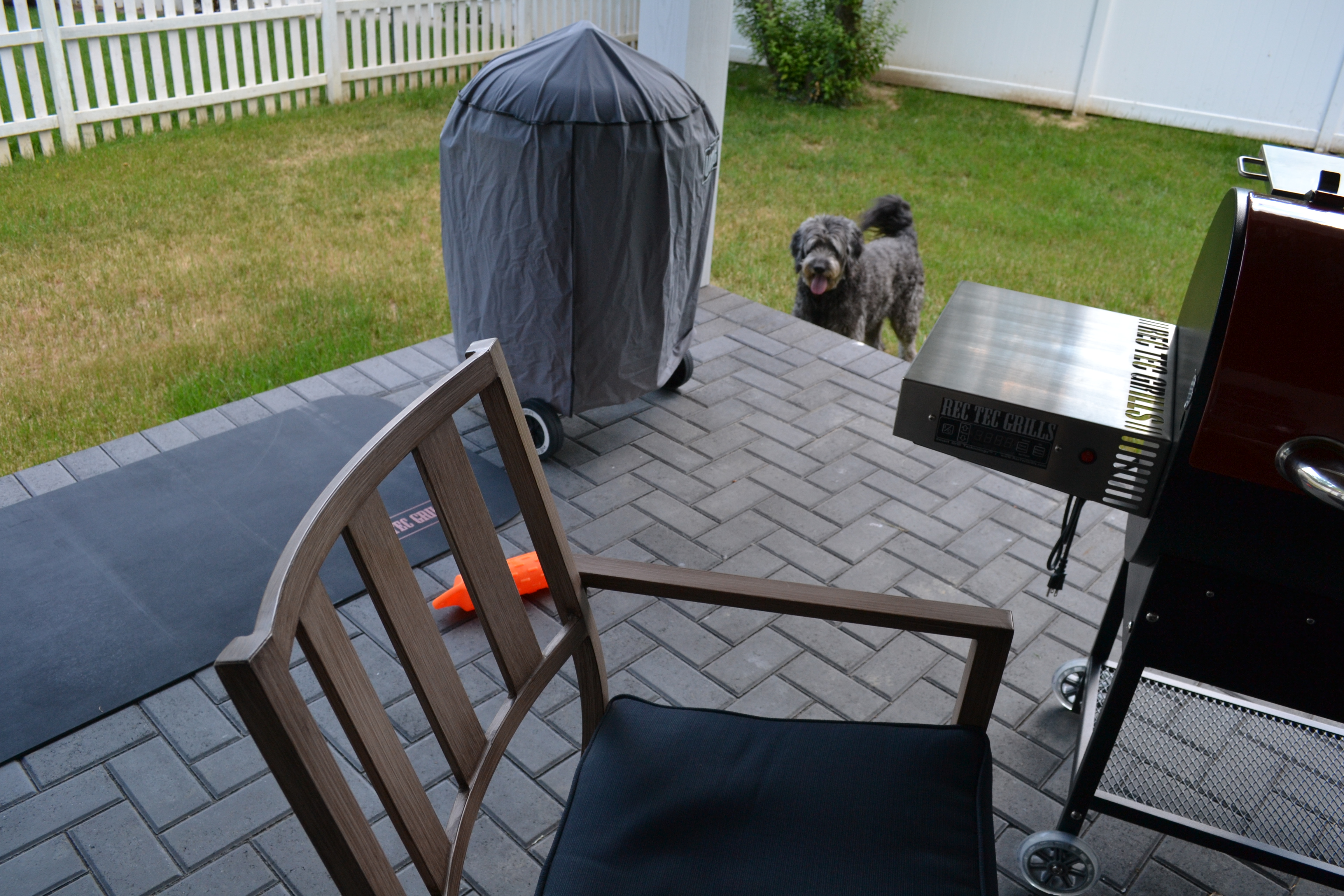 Of course Sophie wanted in on the action too. Right as Nolan was rolling the grill over she dropped her toy in it’s path. Smarty pants.

After getting it rolled into place on the patio, Nolan made sure the drip pan was sloped down. Funny aside, when he put the level in there I thought he was making sure it was level. Only after taking this photo did he explain it needed to be slanted for the grease to drain. #notthegriller. 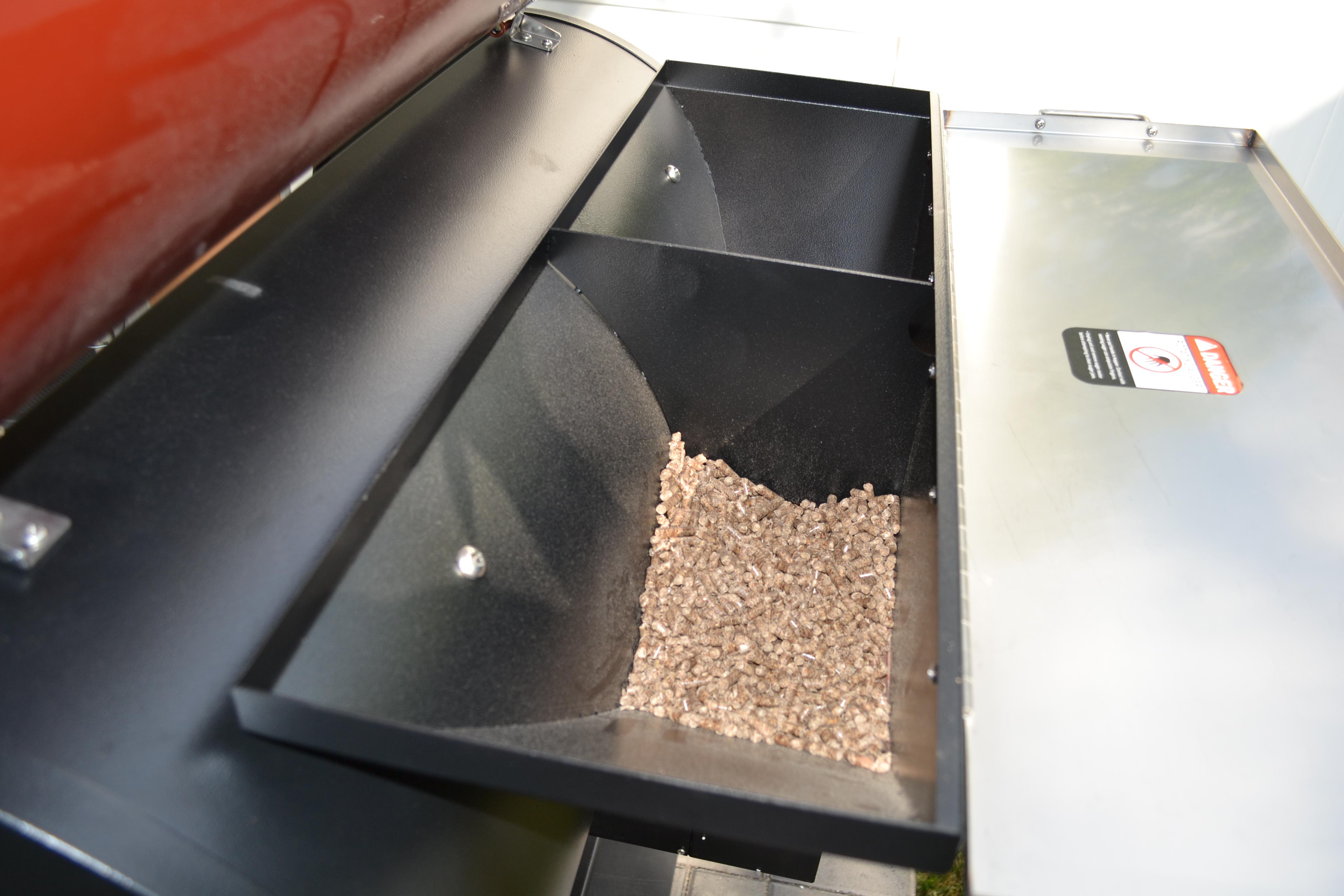 The pellets, which look like rabbit food, are loaded into the back. After assembling the REC TEC grill, we let the pellets “burn-in” for about 4 hours before the inaugural meal. Lots of snapchatting (follow me: emeliapit) of the smoke and crackling took place. 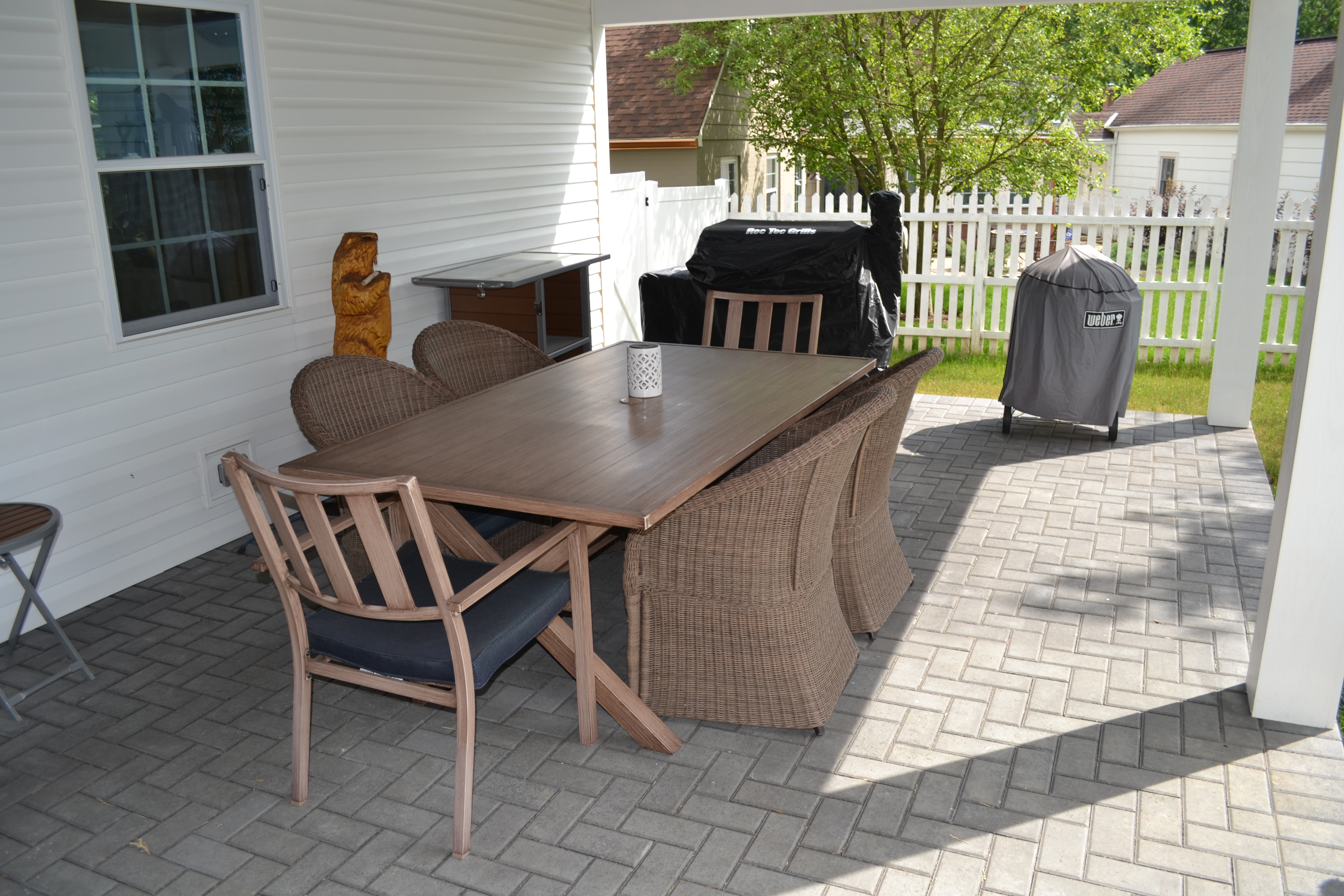 One thought on “Assembling our REC TEC Grill”