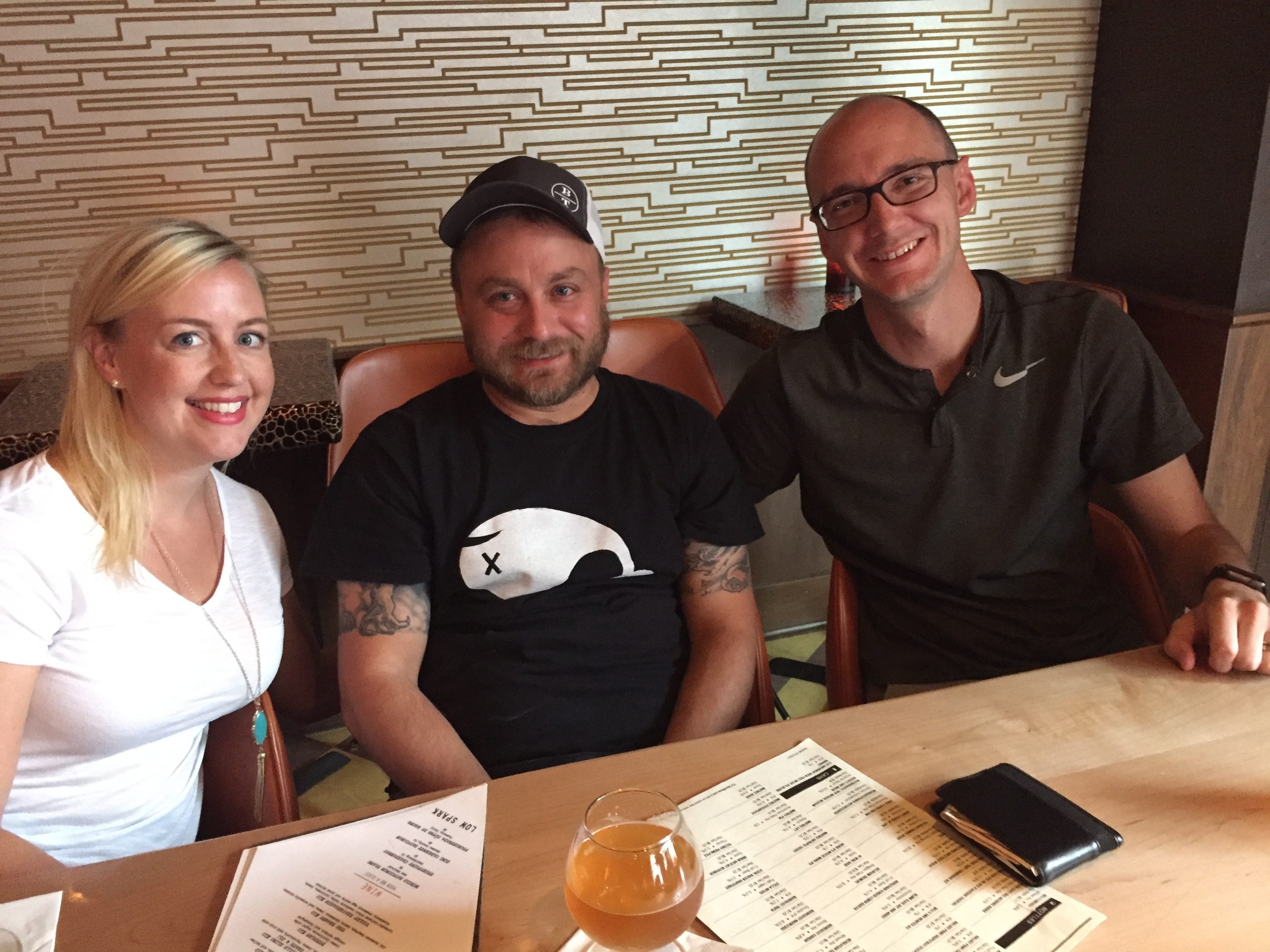 We took a mini tour of Cincinnati breweries last weekend with our beer-enthusiast friend Tab, who was in town from Minnesota. This was the best picture I could get. 😉 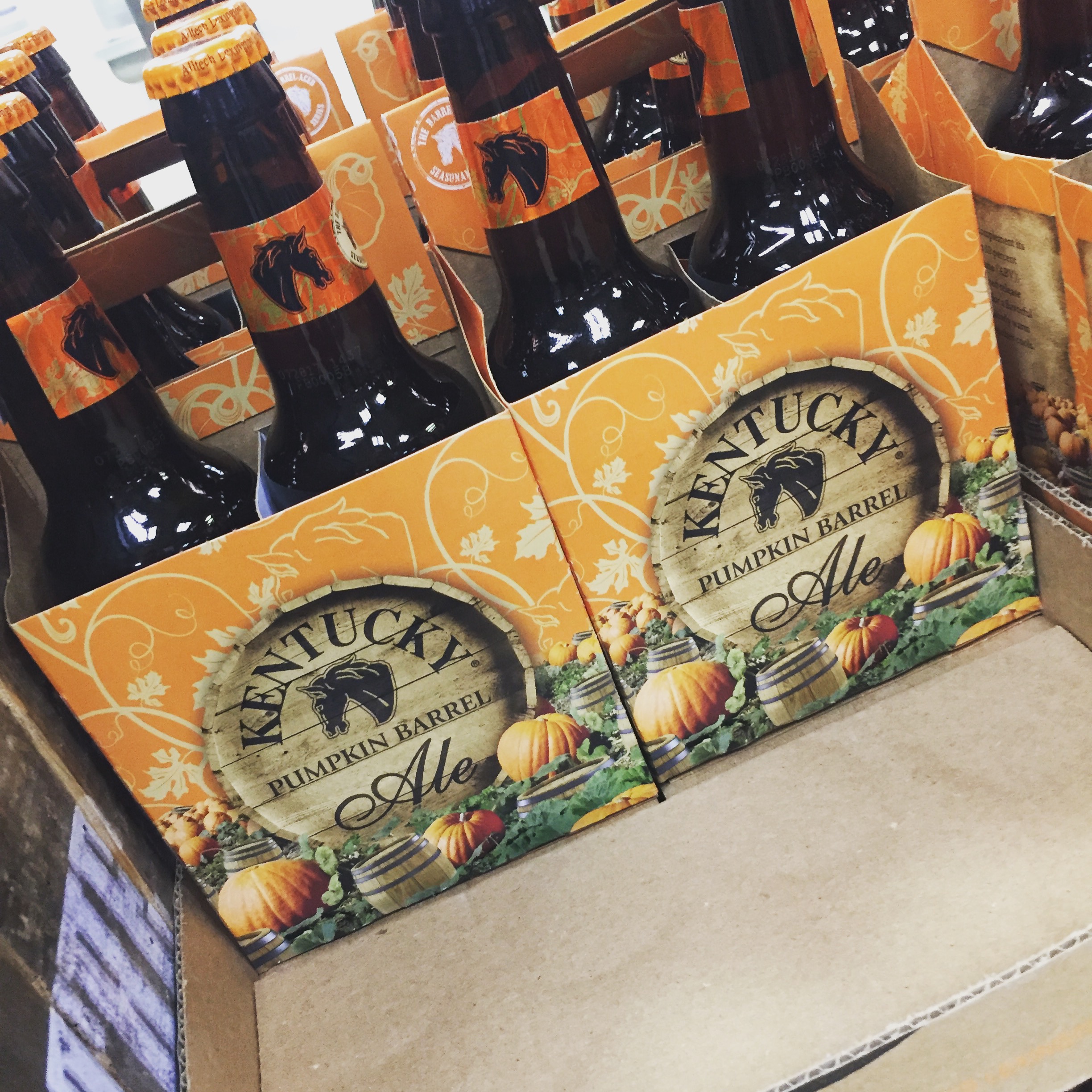 Jungle Jim’s is technically a grocery store, but was a good starting point. The store is gigantic and has food from all over the world, including produce, cheeses, and of course, beer! The boys scouted out all the aisles, while I was slightly disturbed that pumpkin ales were already on shelves. After wandering around for about two hours, we sat down at their tasting bar. Yes, a grocery store with a tasting bar! I had some mediocre rose and the boys drank Jackie O’s Bourbon Barrel Black Maple Imperial Porter and Jackie O’s Bourbon Barrel Coffee Oil of Aphrodite, which they loved! 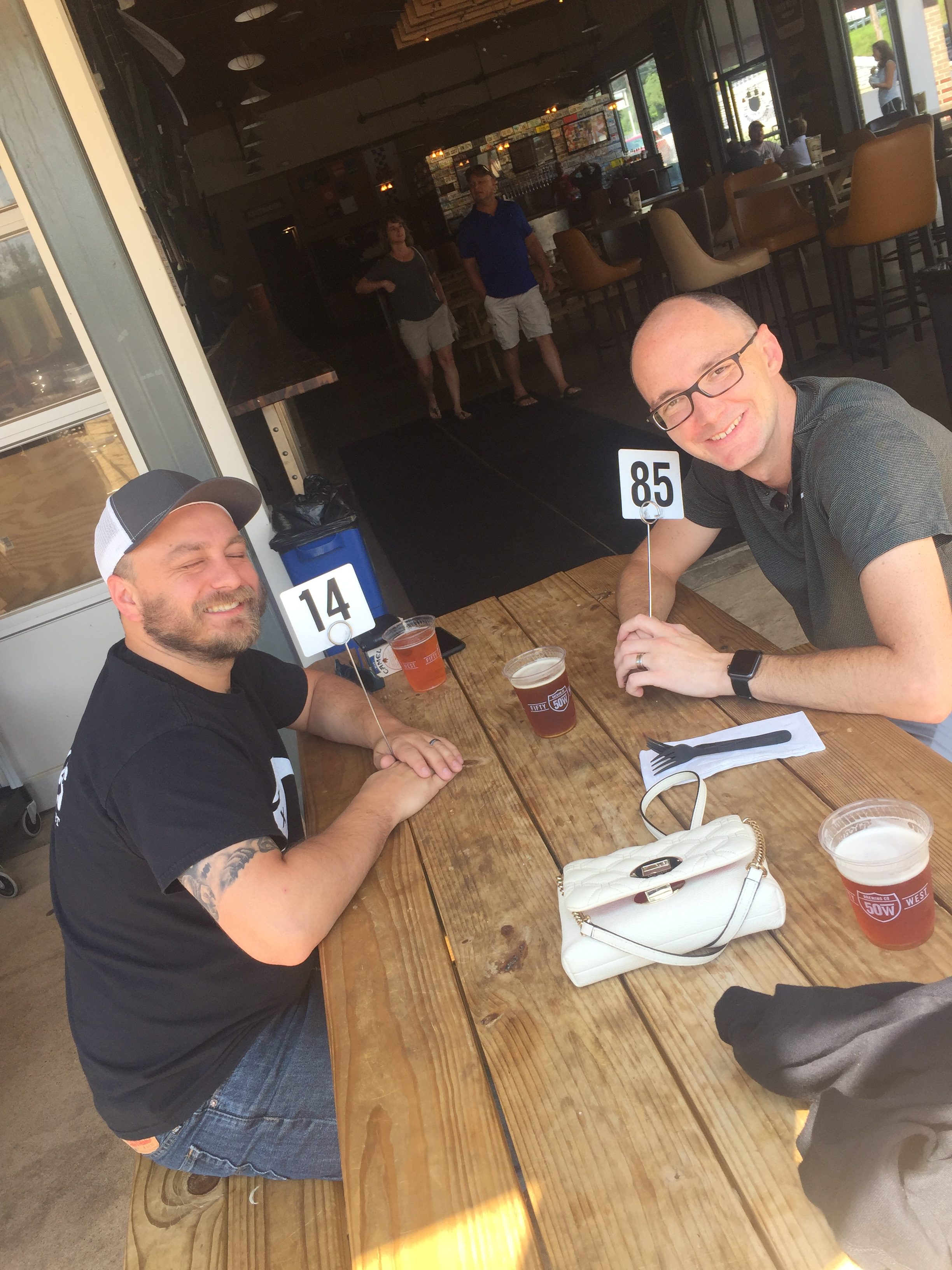 Our next stop was at Fifty West Brewery. They own two buildings across the street from each other. Production Works is the brewery side, with volleyball courts, a tap room, their bike and canoe offices and a grill. Their Brew Pub is across the street in an old funeral home, where you can order flights and have a sit-down meal. (Get the mussels.) This time we hung out at the Production Works side and had a few beers and noshed on their loaded chips. The rest of the weekend Tab raved about the burger, while I raved about the veggie club. 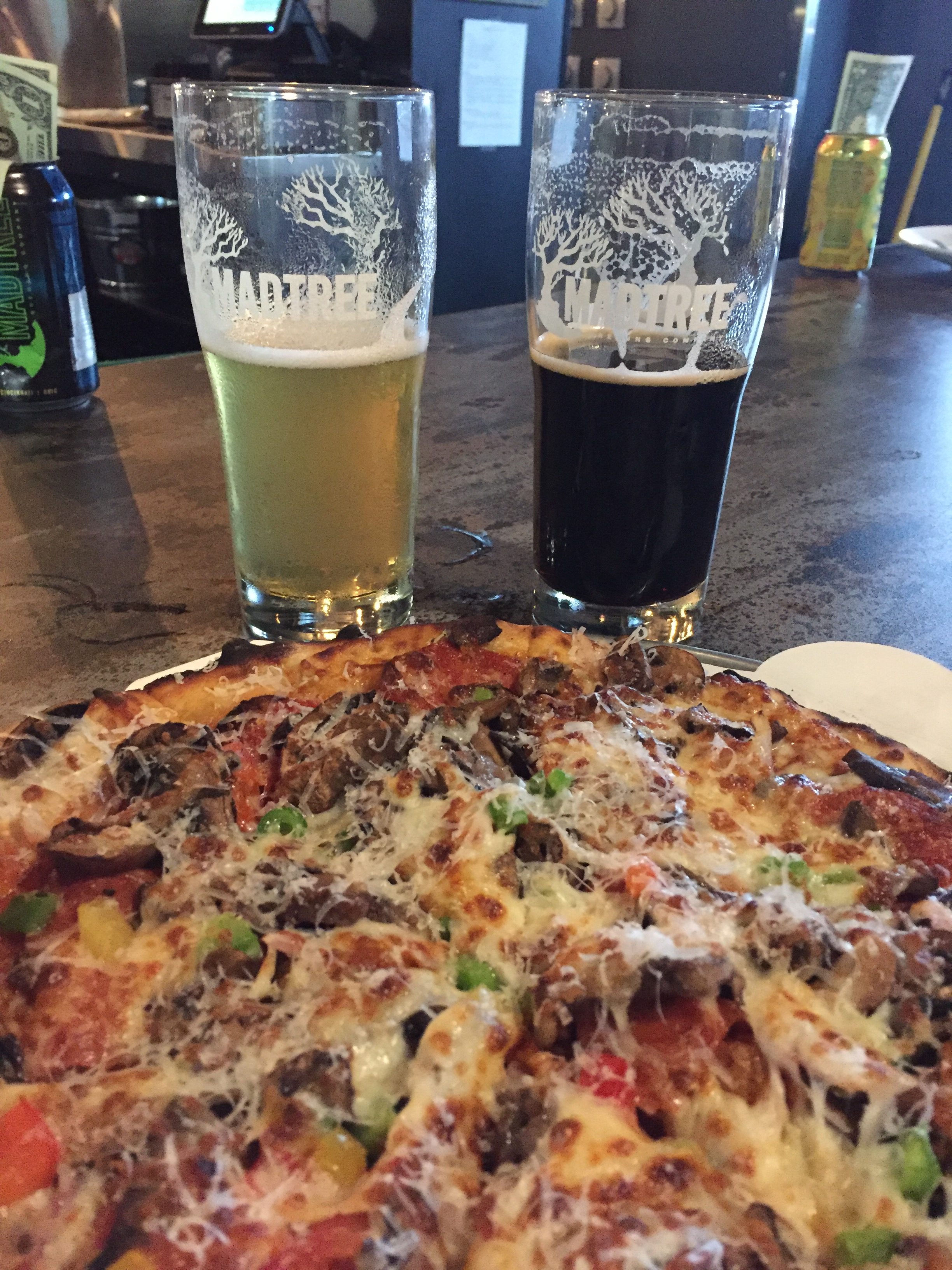 You can’t do a Cincinnati Breweries tour without visiting MadTree. It reminds me a lot of Surly Brewing Co in Minnesota. It’s in a large industrial building with a huge patio area. There were tons of dogs and kids running around the patio enjoying the great weather. I didn’t take any photos of us there, but the picture above is from a previous visit with Nolan when we had their wood-fired pizza from Catch-A-Fire, which is located inside the taproom. 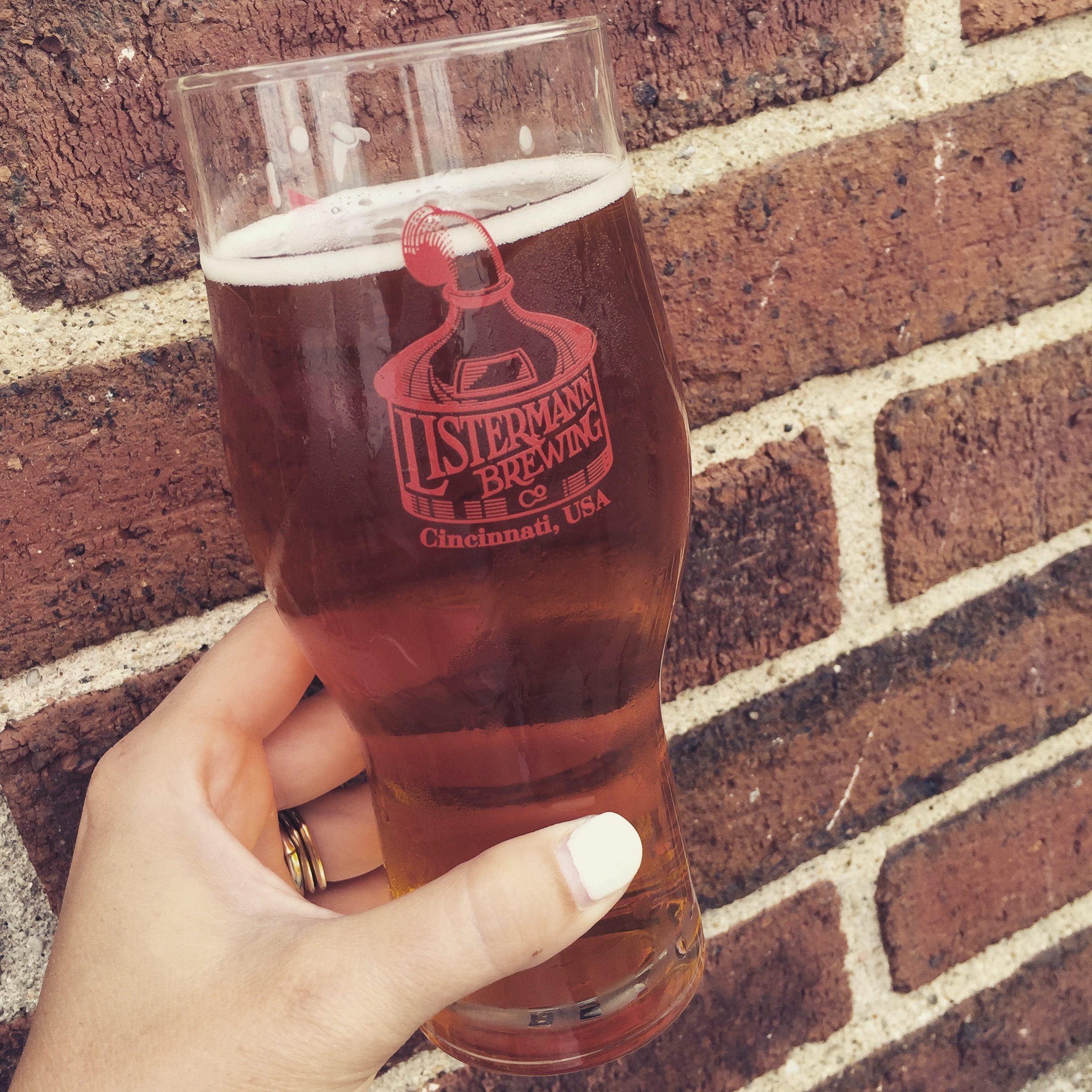 A short uber ride brought us over to Listermann, which is across the street from Xavier University. Unlike MadTree, they have a tiny taproom and a sliver of an outdoor patio. What they might appear to lack in decor, they make up for in beer. I had thee best Lemon Pound Cake Ale. Even the boys liked it. 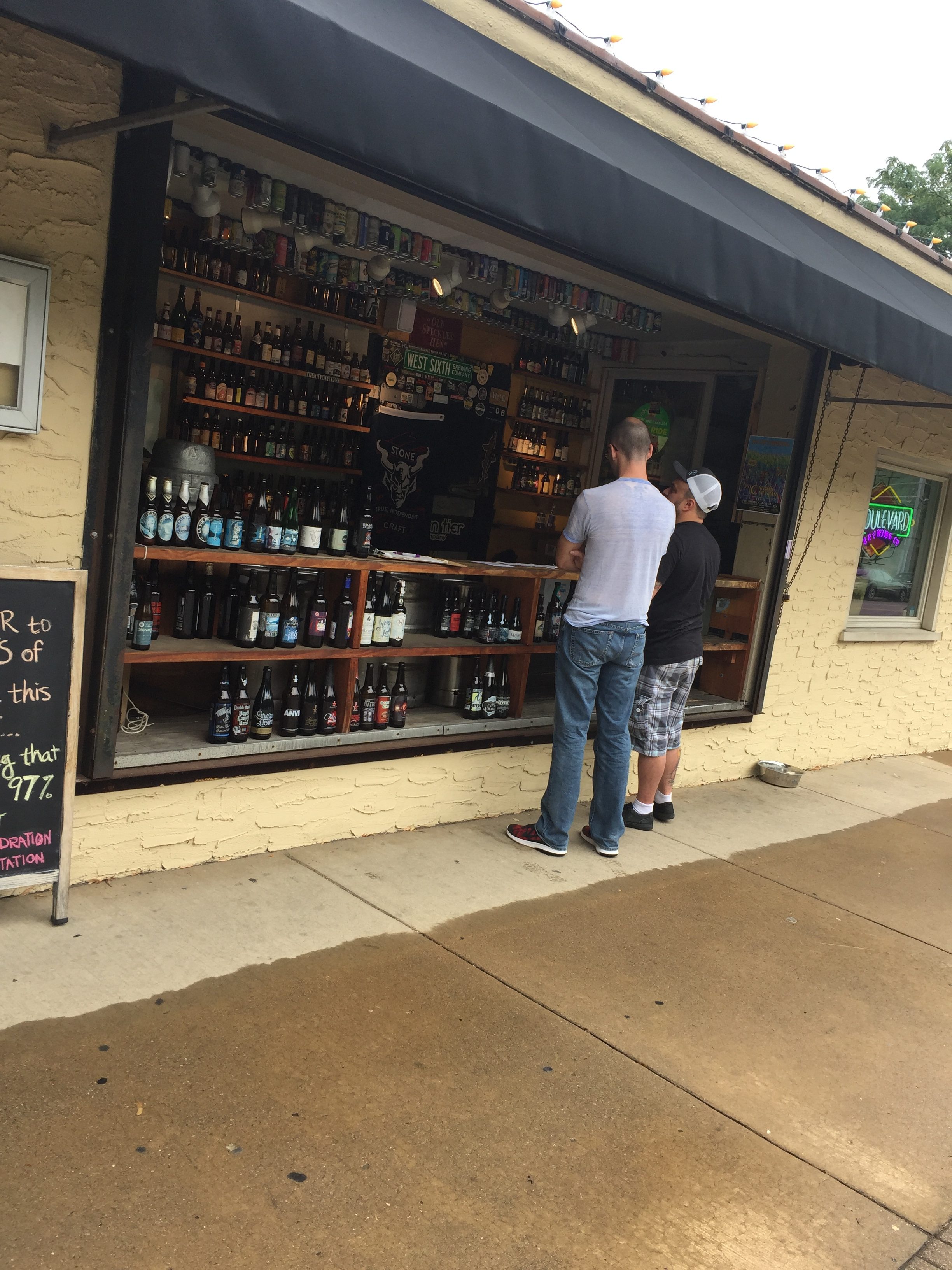 Our last stop on our mini Cincinnati Breweries tour was at Dutch’s, another beer place, but not technically a brewery. Tab had a connection there, so we had to swing by and I’m so glad we did! We ate next door at Keystone (get the mac & cheese) and assumed it was just the street bottle shop. But low & behold, the inside has a small deli, a patio, a large dining room and a bar! 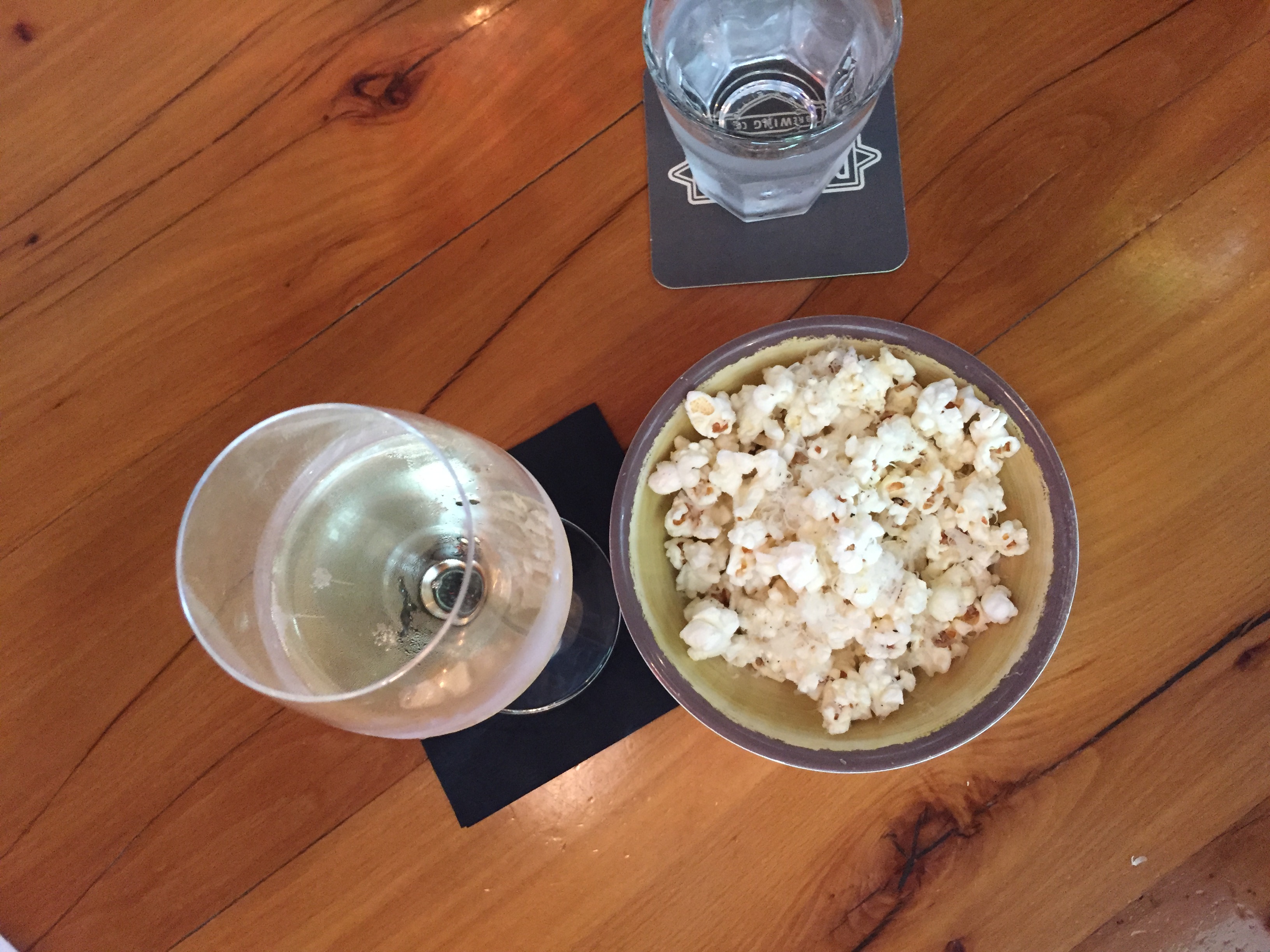 Tab had a flight of bombs from Prairie Artisan Ales, Nolan had Elvis Juice from BrewDog and I had a glass of prosecco. We knew we’d be having lunch elsewhere, but I couldn’t resist the $3 truffle popcorn on the menu. It doesn’t look like much, but it hit the spot. I definitely want to come back and have a full meal.

Tab was only in town for the weekend and I’d say we did a pretty good job of hitting up the major breweries and tap rooms. There are tons more though, including Mt. Caramel, Rhinegeist, Moerlein Lager House, Taft’s Ale House, The Casual Pint, and Braxton. Just to name a few.