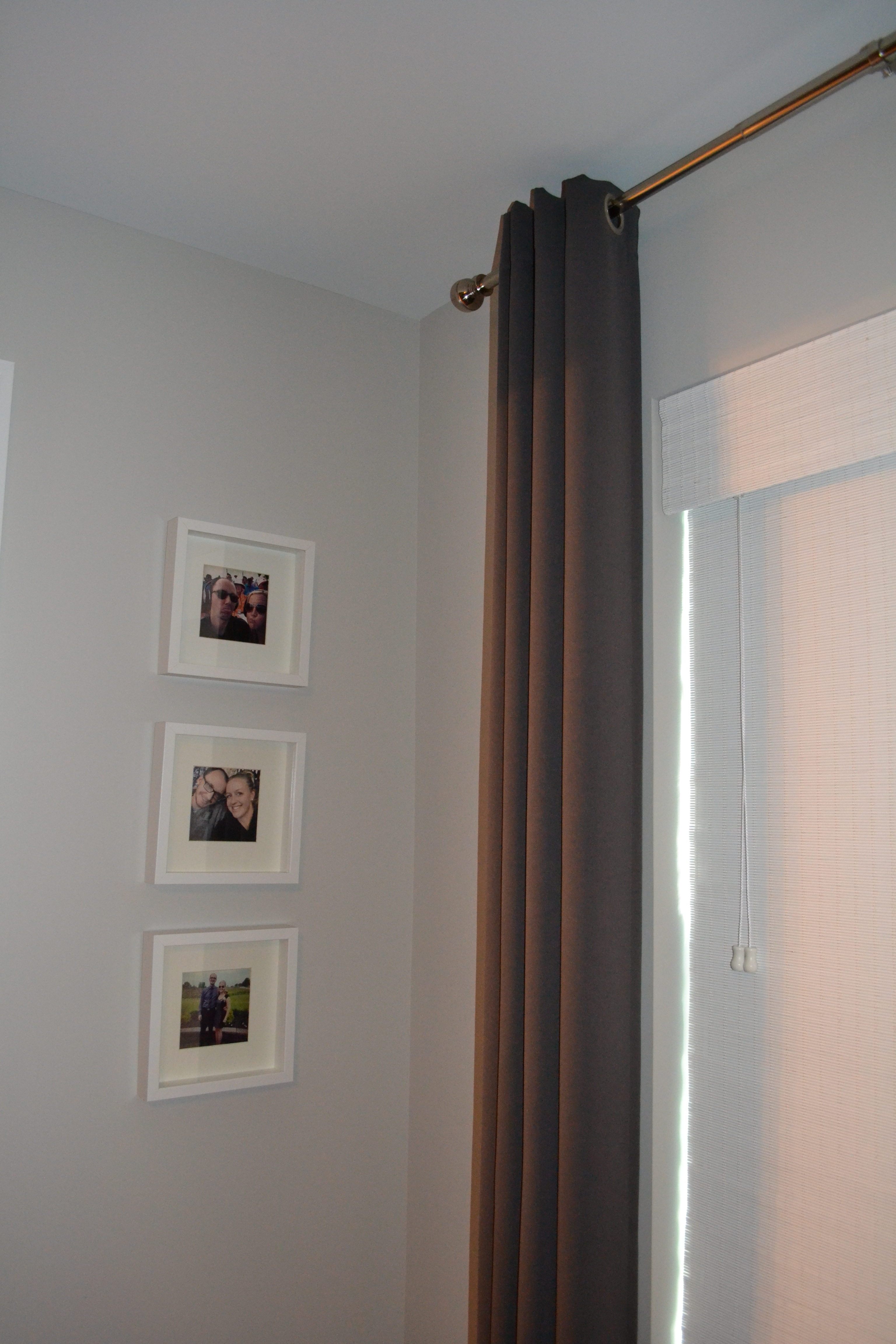 Are gallery walls out? I hope not, because I just painstakingly put a mini gallery wall up in our master bedroom. And we FINALLY got our blinds delivered and installed! They are white, but with the blackout liner. See how well they are blocking out the sun?

The frames are from the gallery wall in our Shoreview house. I still love that wall! Just looking back on the picture below reminds me of all the work we did on that wall, the hallway and entry. Woof. 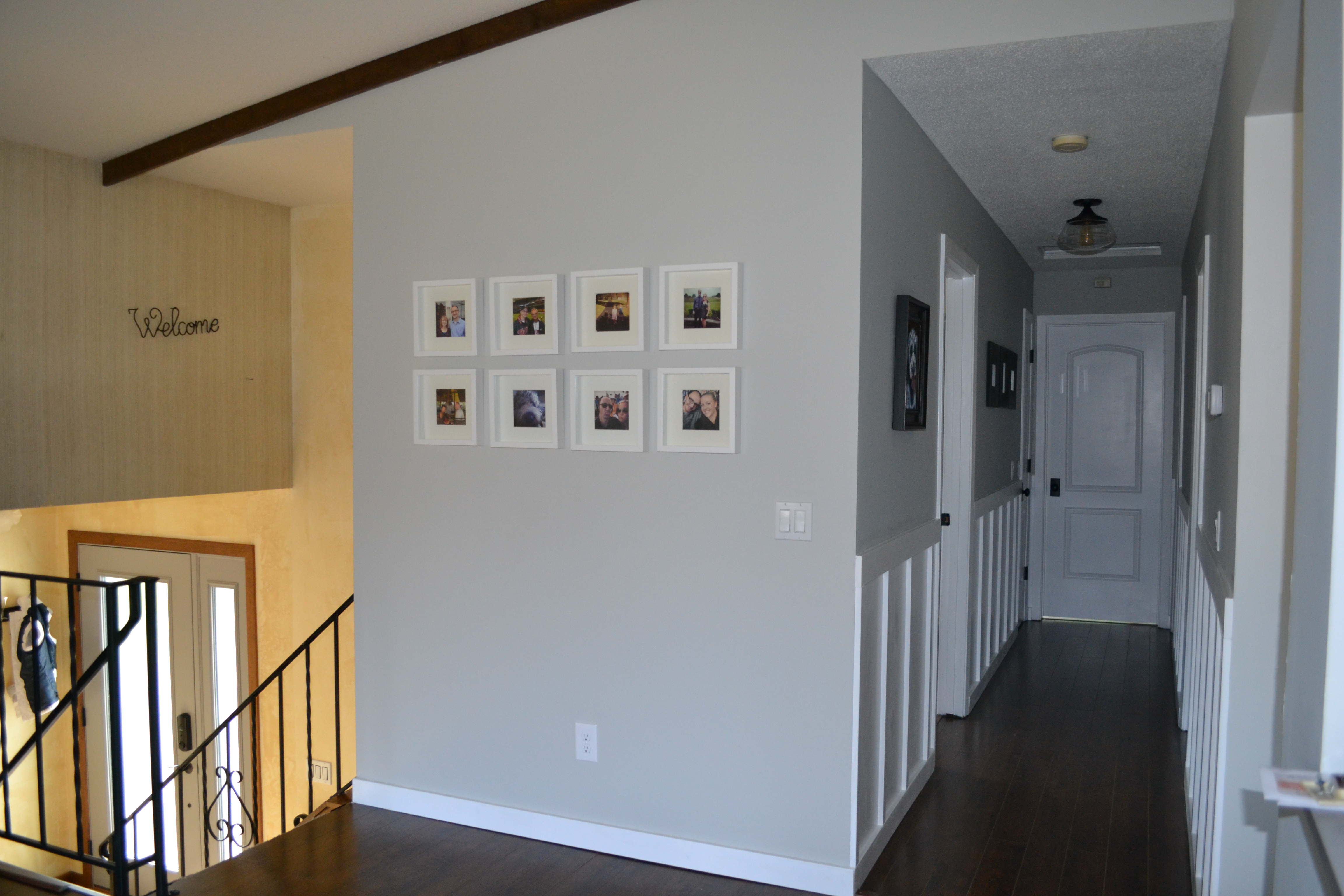 Nolan put those 8 frames up and I remember him complaining about how hard it was to get them all level and equally spaced. So, when I set out to hang a mini gallery wall I didn’t think it’d be so bad.

Wrong. First, you can’t use wall anchors because the hooks are so small. So I had to use a super tiny nail. I measured half way between the corner and the door and eyeballed how tall it should be. 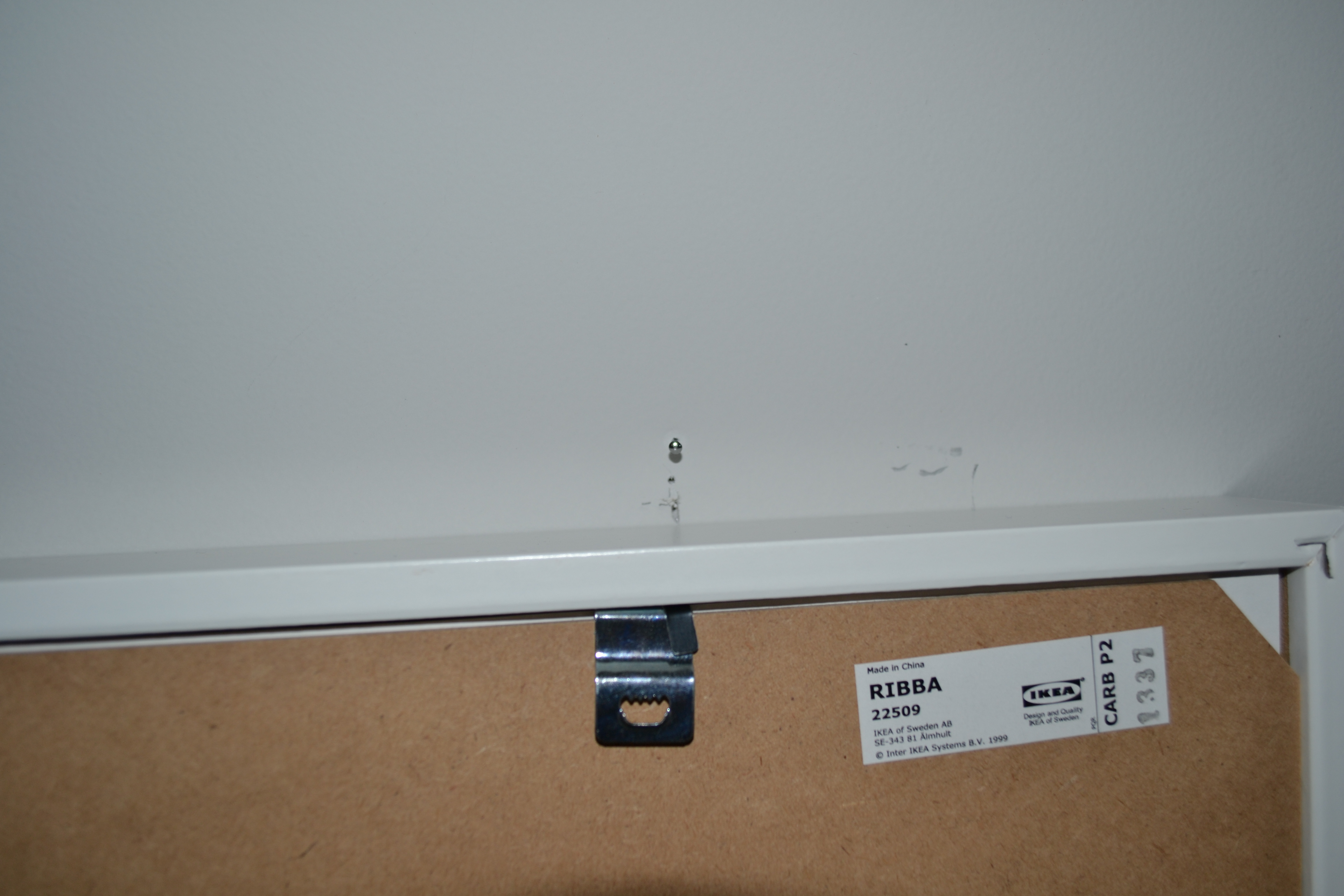 The top frame went on pretty well. Then I started pounding in the middle nail and the top frame fell. I caught it, thankfully, but it scratched up the wall. So, instead of hanging the pictures right away (instant gratification), I hung them only to measure the next nail, but removed the frame while pounding the nail in. Hang, measure, un-hang, pound, hang, repeat. 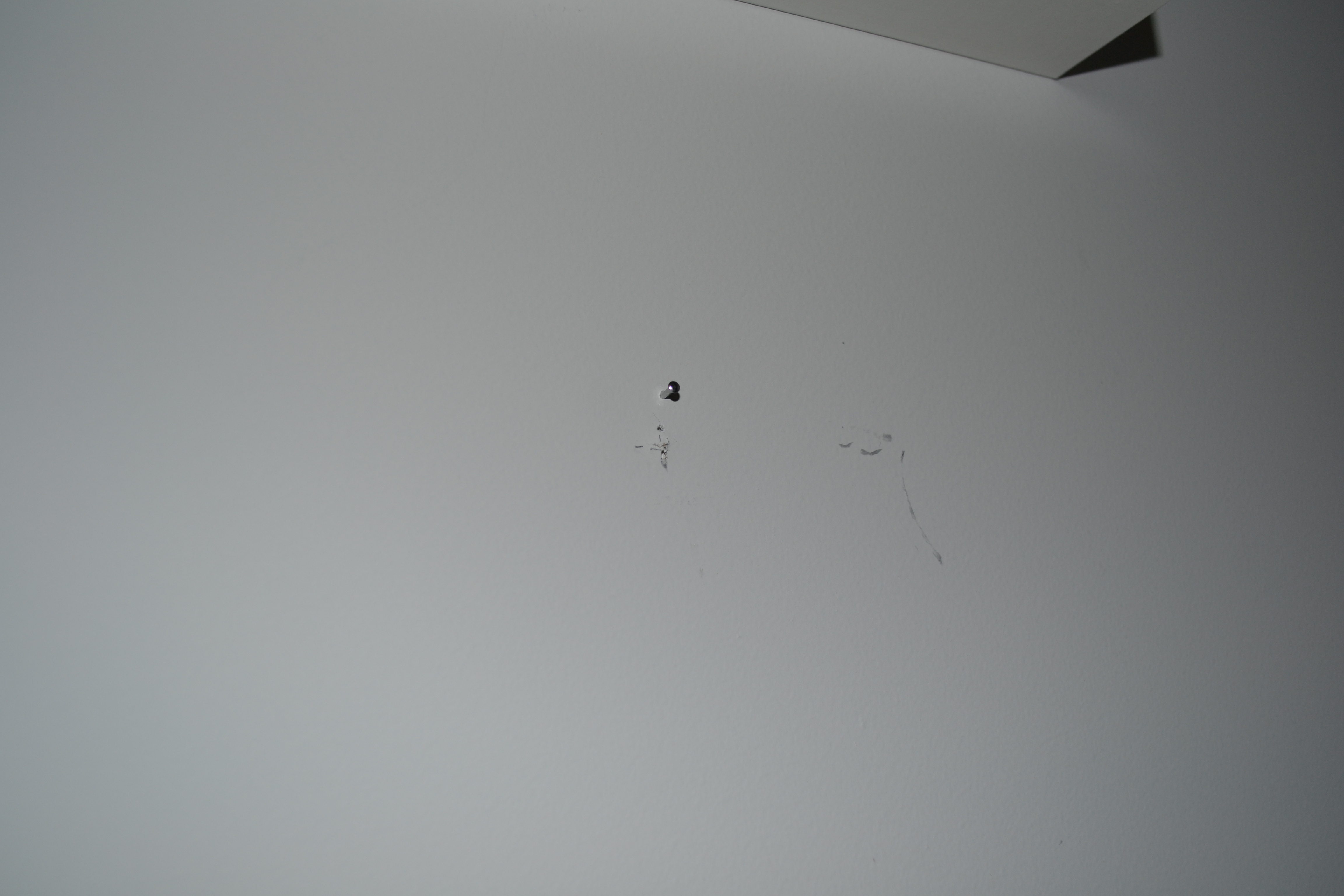 After hanging the third frame, I realized that one of the three frames had a different hook to hang it. Making the space in between the pictures about 1/2 inch off. As much as I tried getting over it, I couldn’t. I took all the pictures down (so they don’t fall again) and made another hole in the wall. 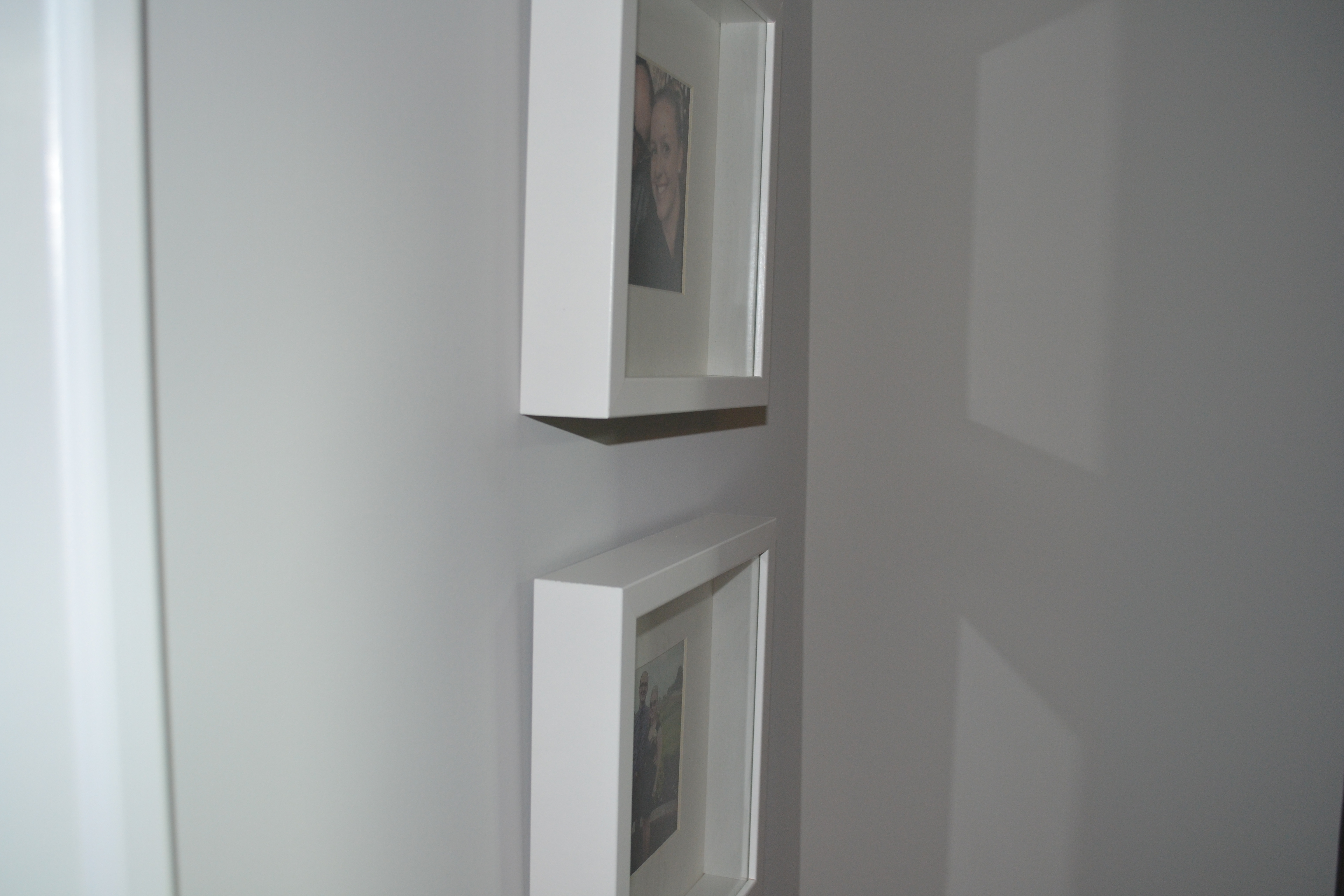 I’m not a huge fan of how they stick out from the wall, but I don’t plan on standing in the master bathroom doorframe that often. At least they are level and evenly spaced and shouldn’t fall, unless Cincinnati gets an earthquake. Which might not be surprising the way Mother Nature has been acting lately. 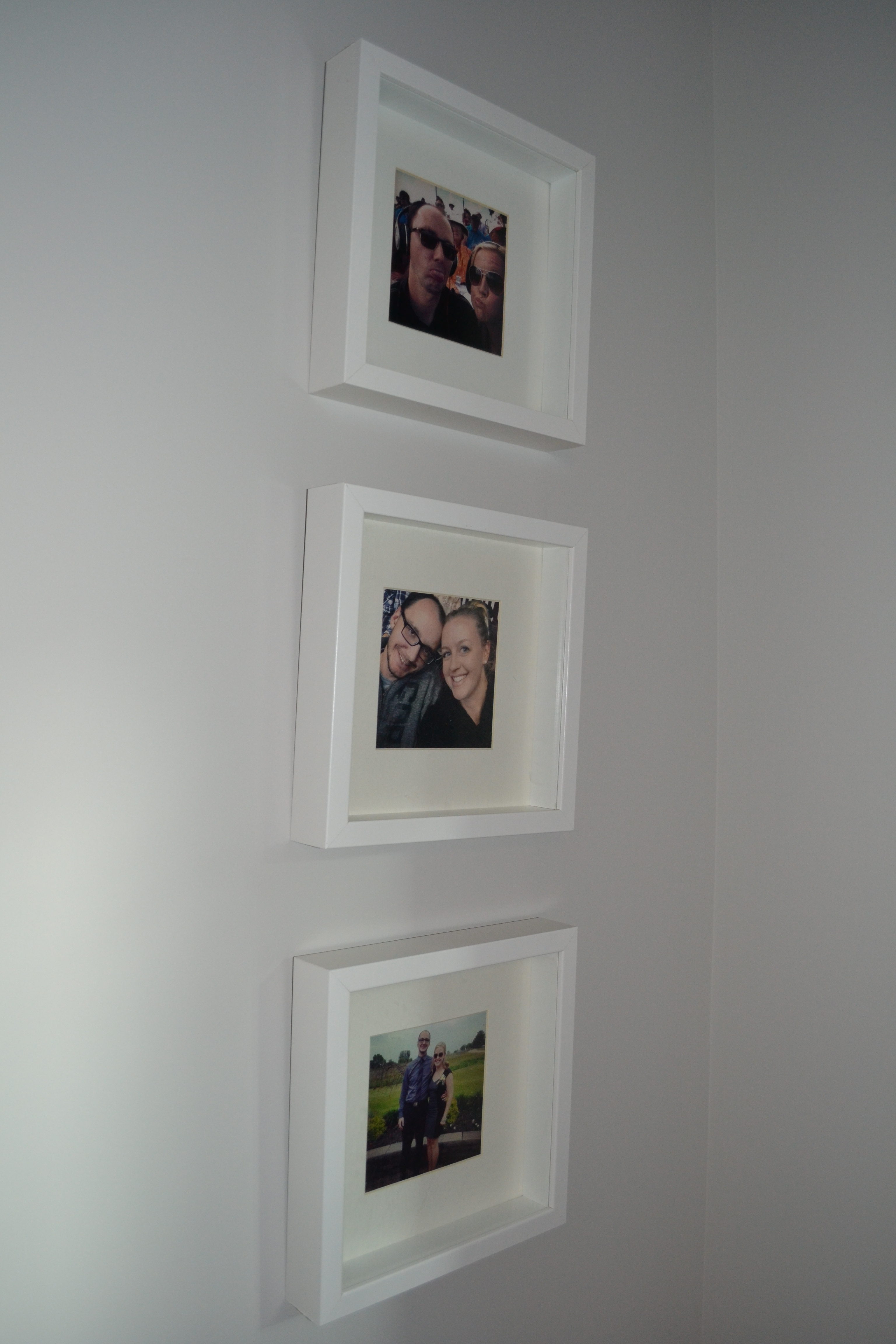 I chose these three out of the 8 because they are of Nolan and me. As if the where we met, married and live isn’t cheesy enough… Can you tell which side is my good side? 🙂 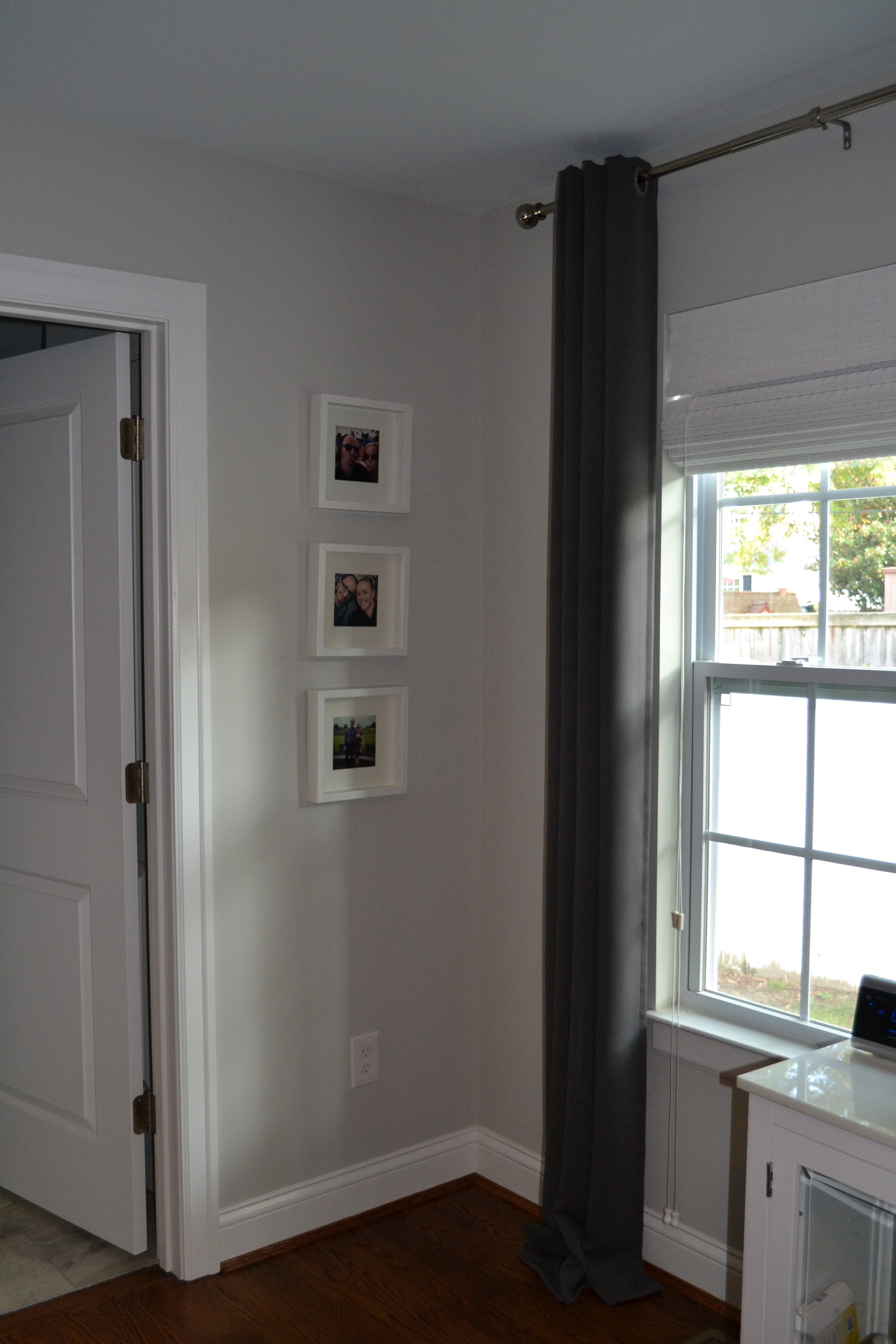 I plan on doing a larger “reveal” post of the bedroom- maybe after we install the entertainment center– but until then, can we just enjoy the large window and 109″ curtains?!