I mentioned last week that I’m taking part in this virtual challenge for the #Last90Days of the year, but only doing the exercise portion. Then I received one of the day emails with a clear 5 to thrive list… 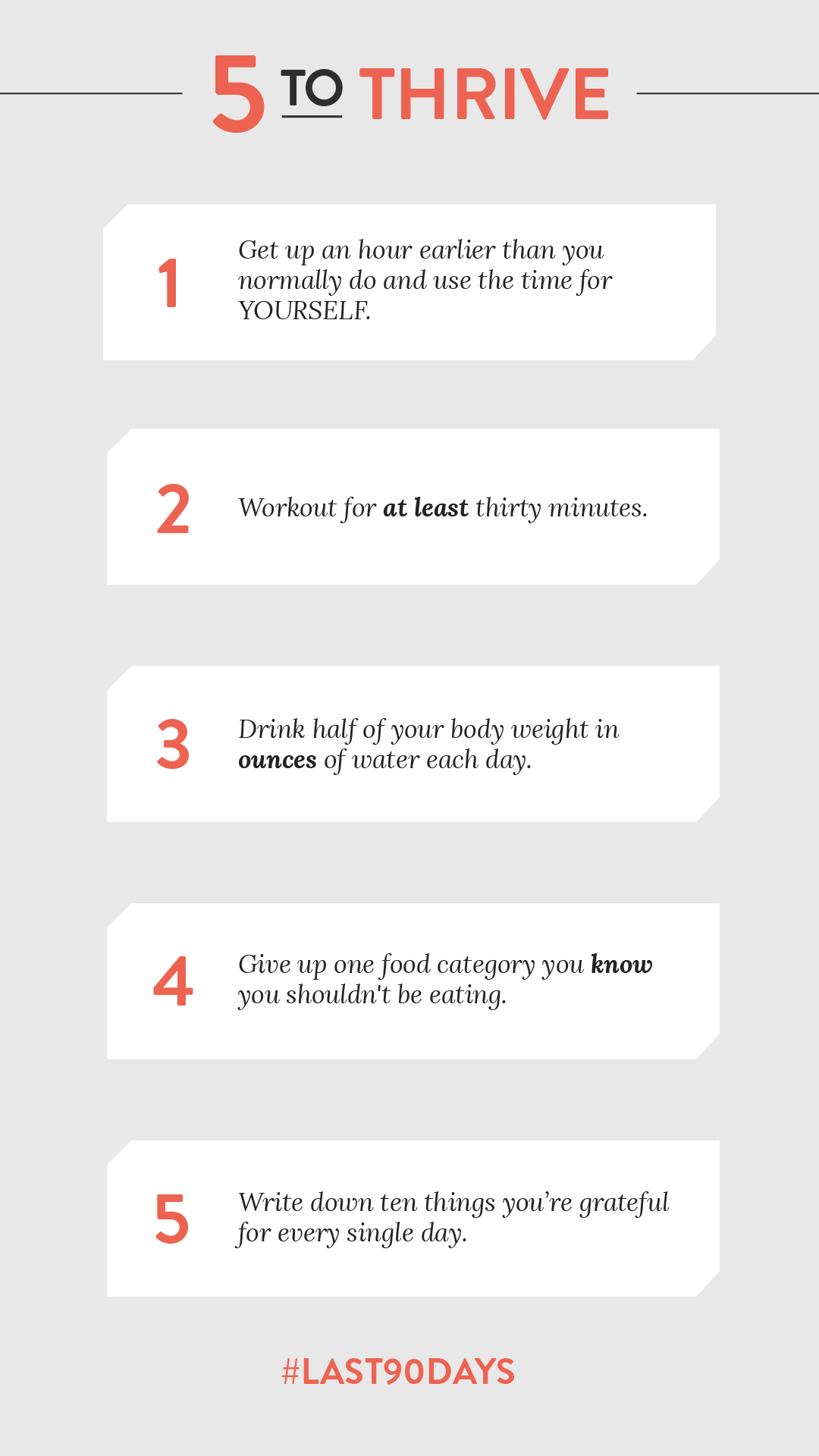 I love the concept of taking an hour each day for yourself, but I’d rather stay up an hour later than wake up earlier. Working from home basically cuts out an hour of commuting time, which usually allows me about an hour between “leaving the office” and Nolan coming home from work. This time is usually spent on “me”, sometimes that’s reading, sometimes it’s cooking, but it’s usually something I enjoy and helps me unwind from the day.

Already taking on this challenge.

Along with number 1, I already guzzle a ton of water on the daily. It’s a great reminder though, because staying hydrated is key, especially when you drink as much beer as we do. 😉 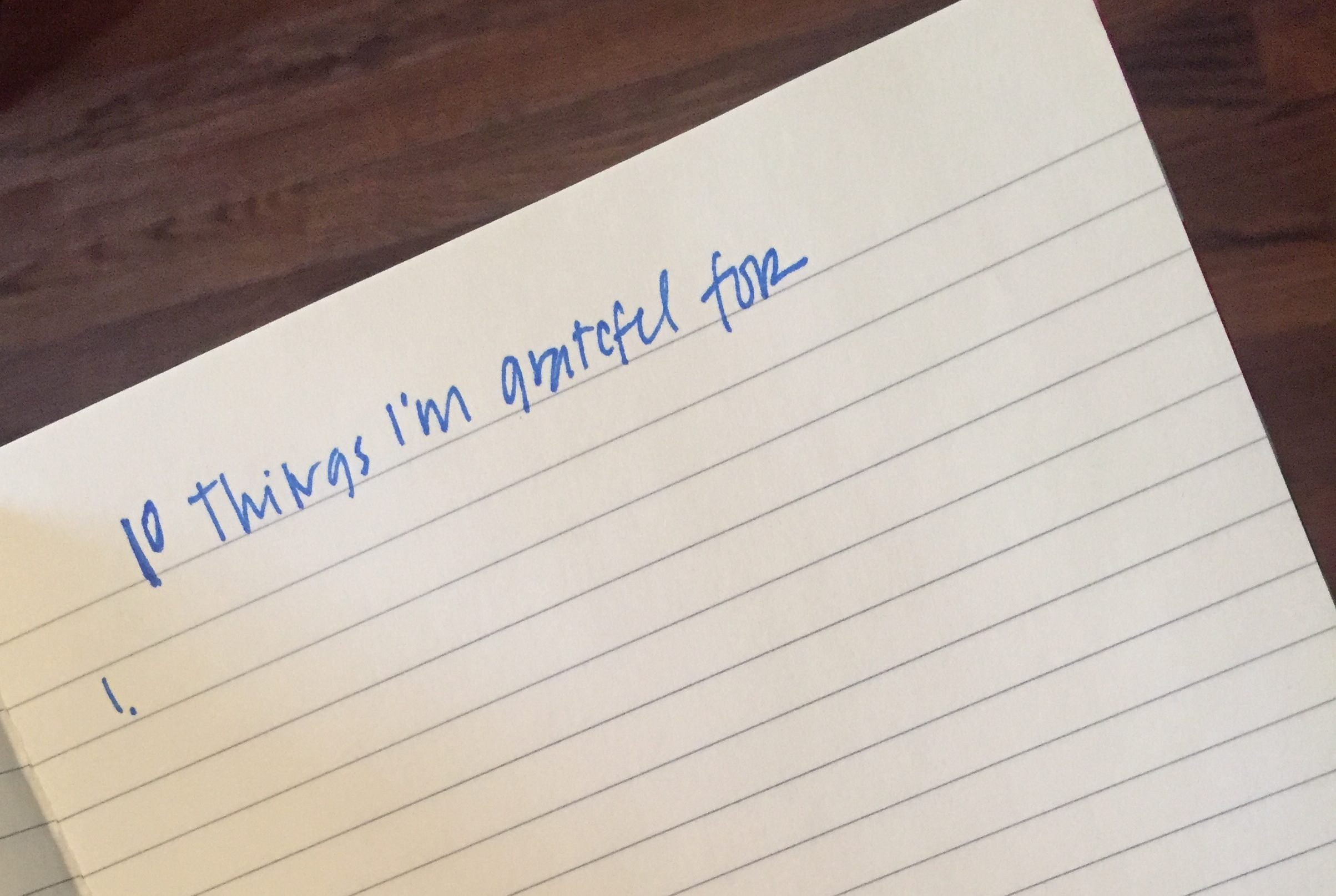 The last thing on the list is to write down ten things you’re grateful for every single day. After posting this on Instagram just last week, this challenge really struck me as something worthwhile. Then I tried and found it difficult at first. I wanted to be specific, not just “Sophie” but “Sophie allowing me to wipe her paws after going outside in the rain.” It got easier as I went along though. Worth a try friends!

2 thoughts on “Last90Days Challenge: #5 Being Grateful”