Unlike the Fifty Fest, the Ohio Brew N’ Que was held at the Production Works, which is on the other side of the street and includes the brew hall and volleyball nets. 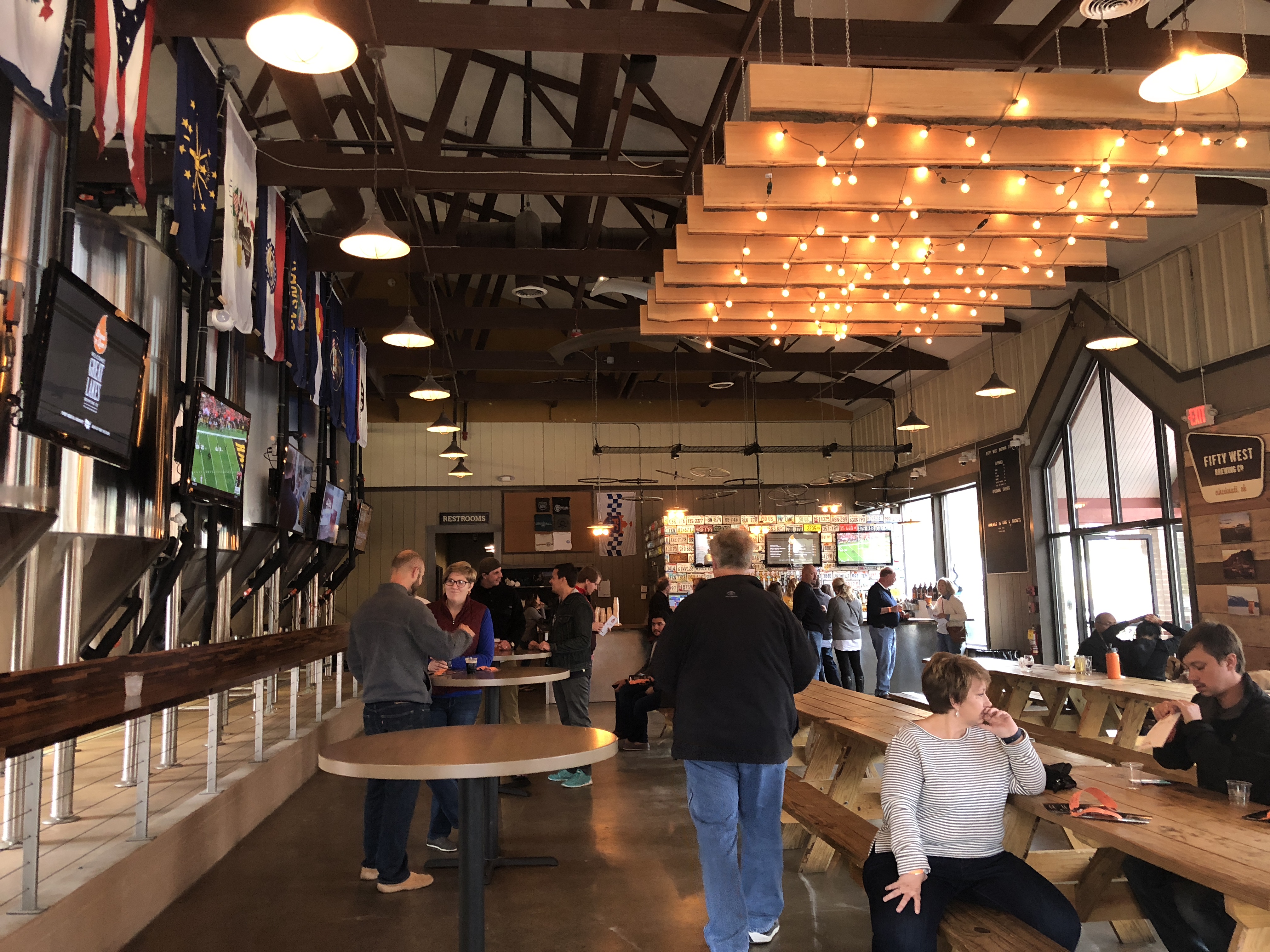 It started at 4 and we got there around 4:30pm. It wasn’t too crowded and the temperature was in the 60s, so we enjoyed our first tasting outside on the rooftop. 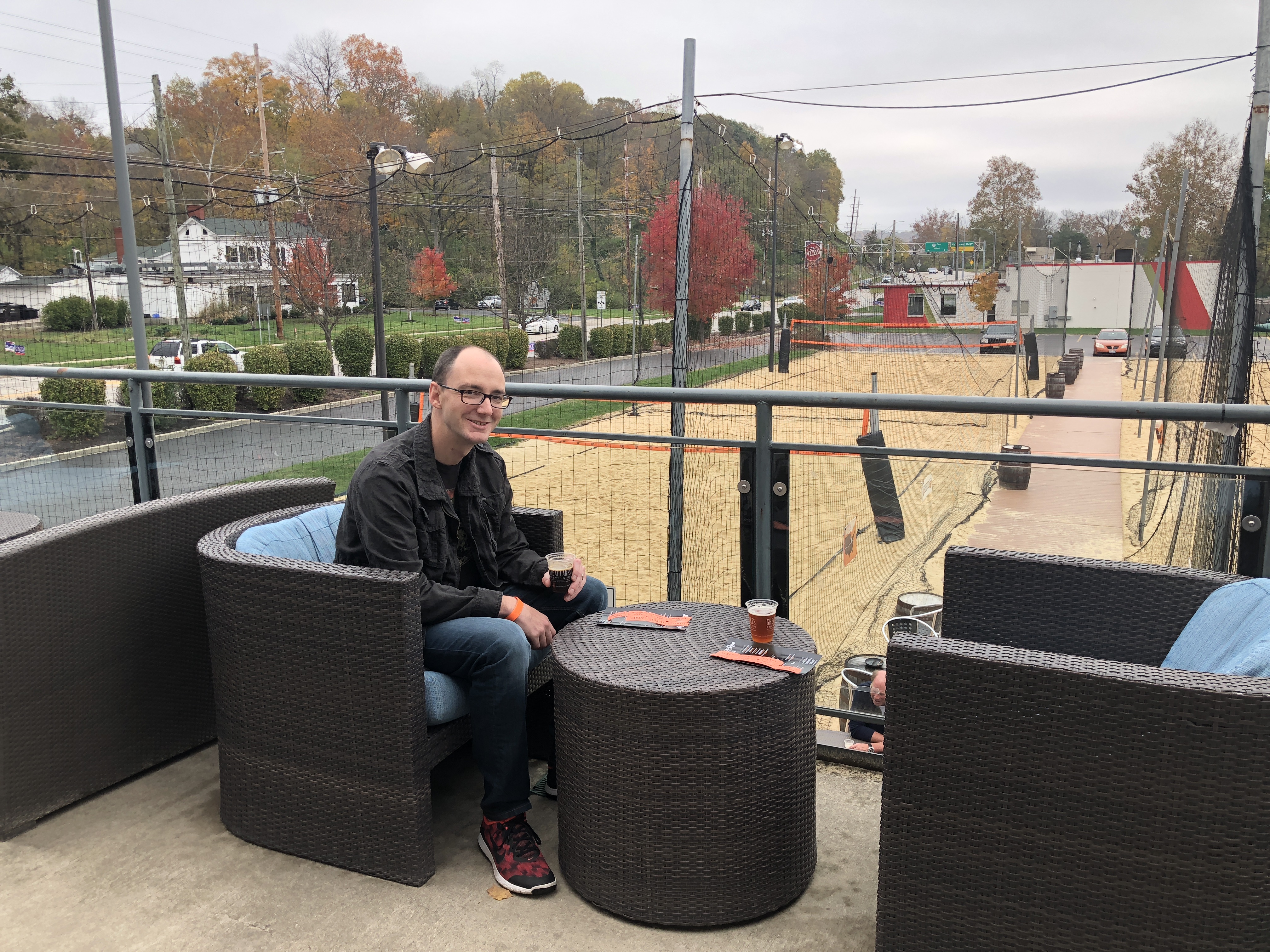 The $40 tickets include all-you-can-eat BBQ (including dessert) and 8 (!) beer tickets. At first I thought it was 8 regular sized beers, which would put anyone on the floor! They were actually smaller sample sizes, which allowed you to try a variety. 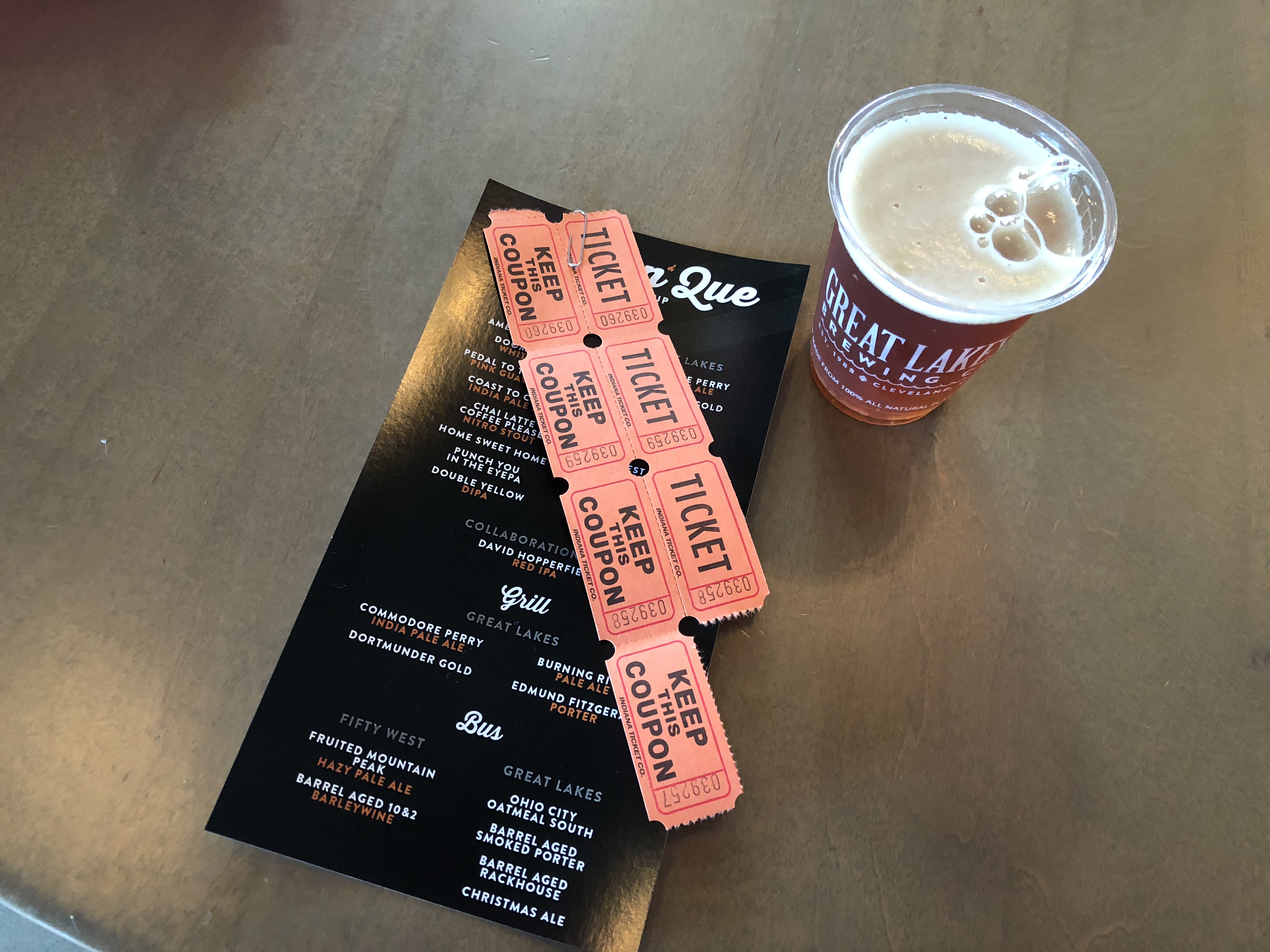 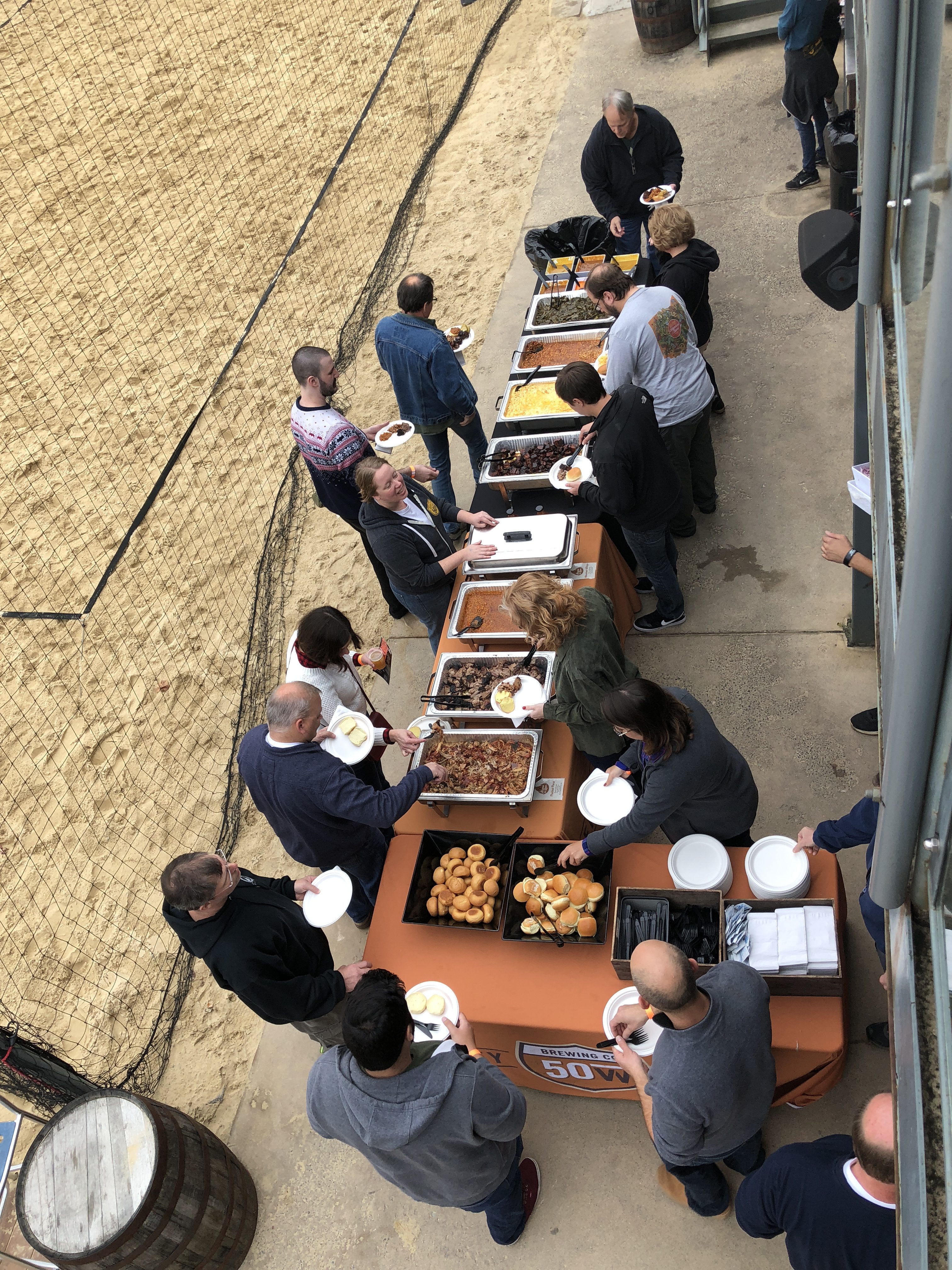 On to the food! When they said all-you-can-eat, they meant it! The catering guys brought out endless trays of pulled pork, pork belly, chicken wings, brisket, mac & cheese, and beans. Even though there were tons of people there, the line was never terribly long. 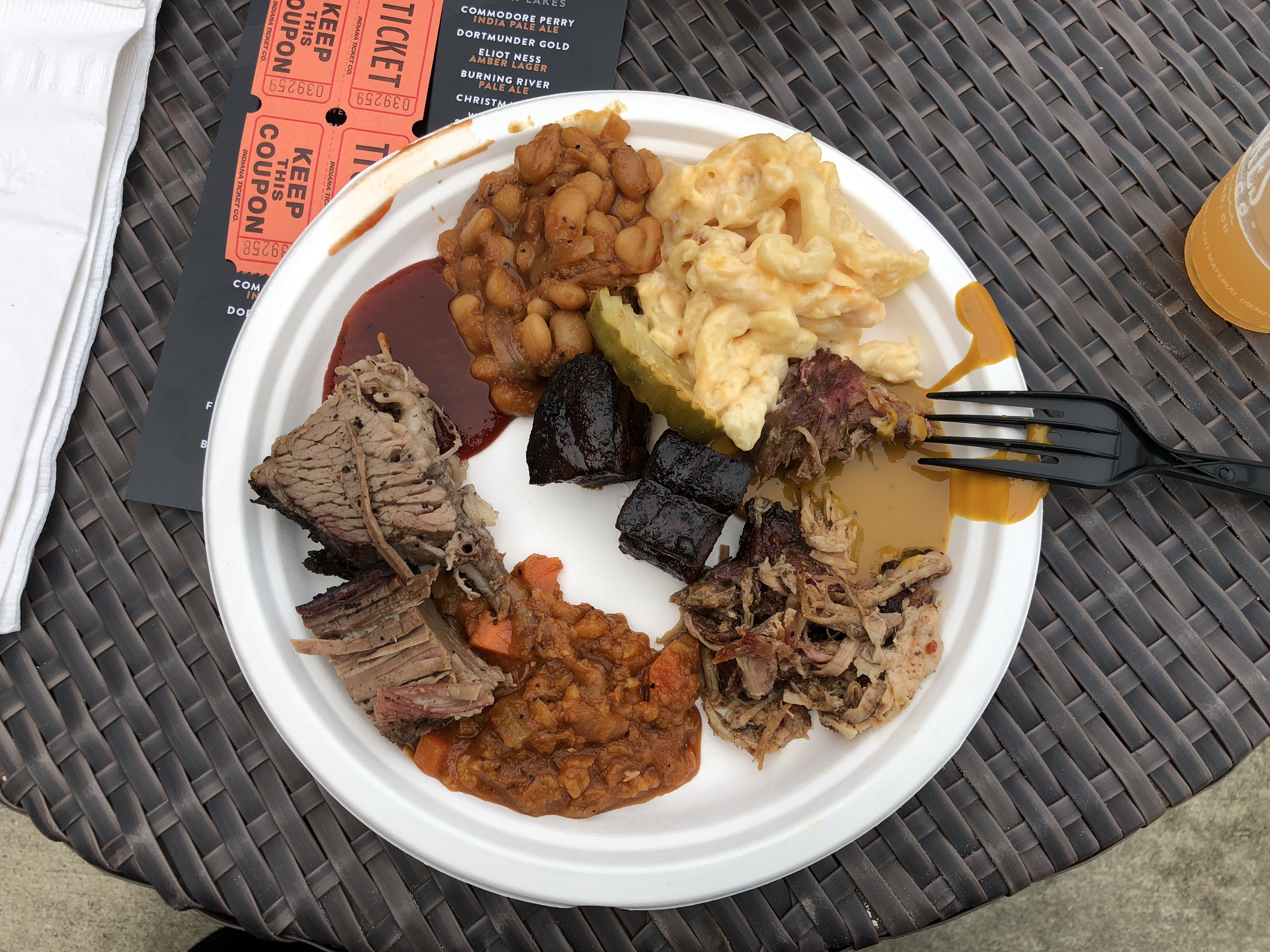 I discovered that while pork belly really isn’t my thing, Carolina Gold BBQ sauce is! I knew I liked vinegar-based BBQ sauces and apparently I like mustard-based BBQ sauces too! And let’s not forget about the mac & cheese…. don’t ask how many servings of that I had over the course of the night. 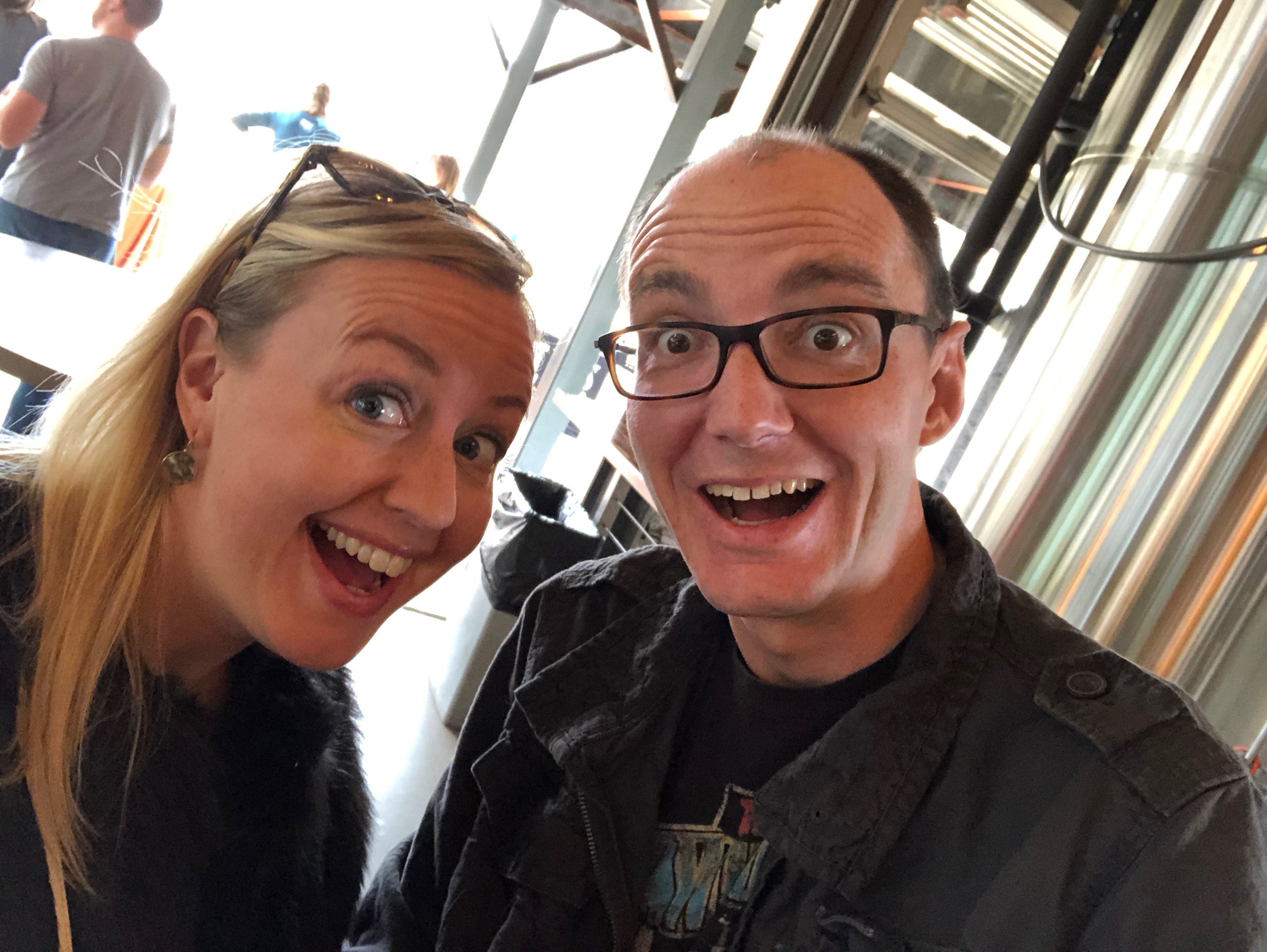 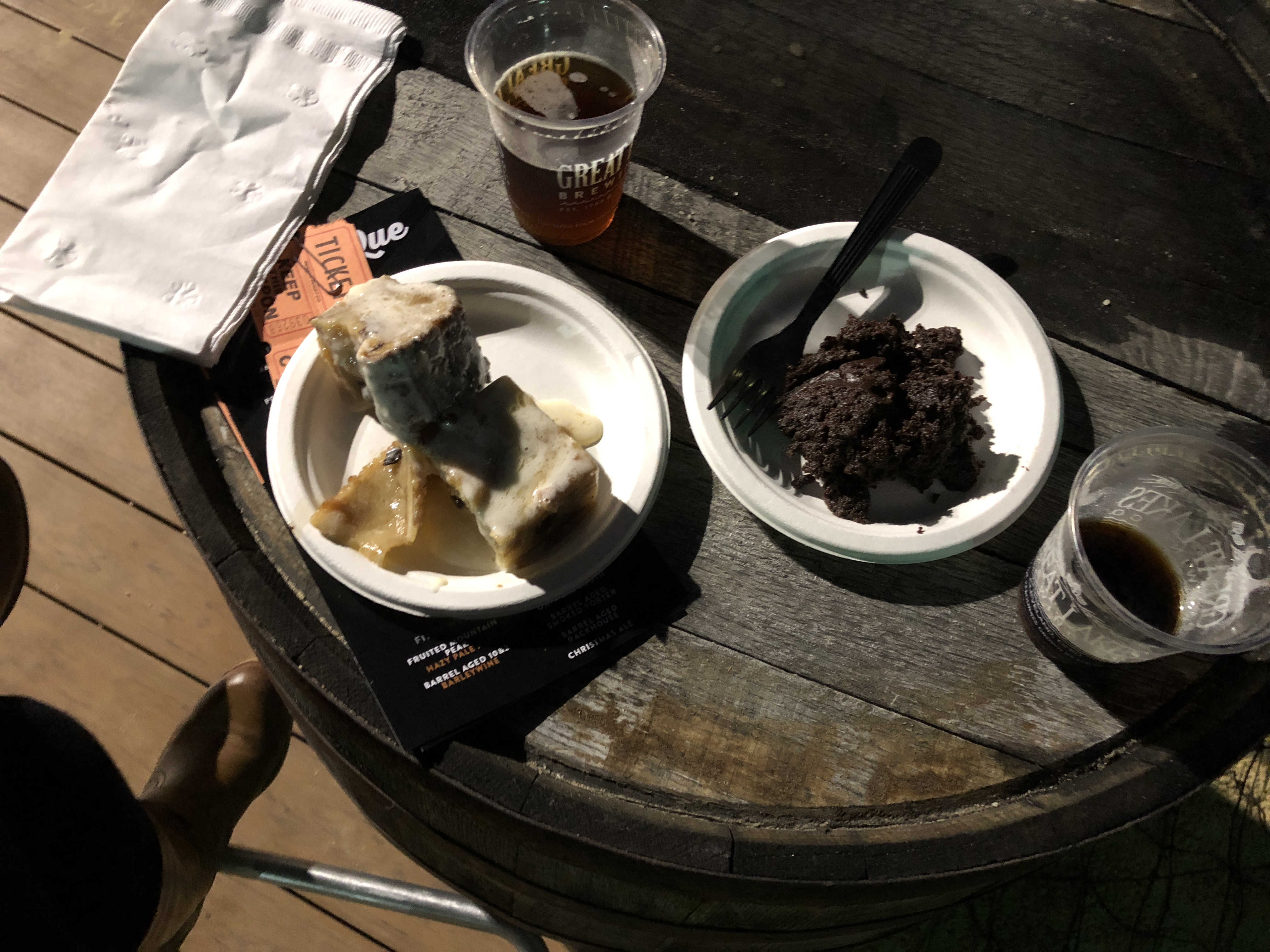 At about 7 they brought out the warm bread pudding and brownies. I tried to limit my intake, because you know, but it was so yummy! I enjoyed it with another sample of the Chai Latte Coffee Please. The band started playing around the same time. We stayed for maybe another hour and then headed home.