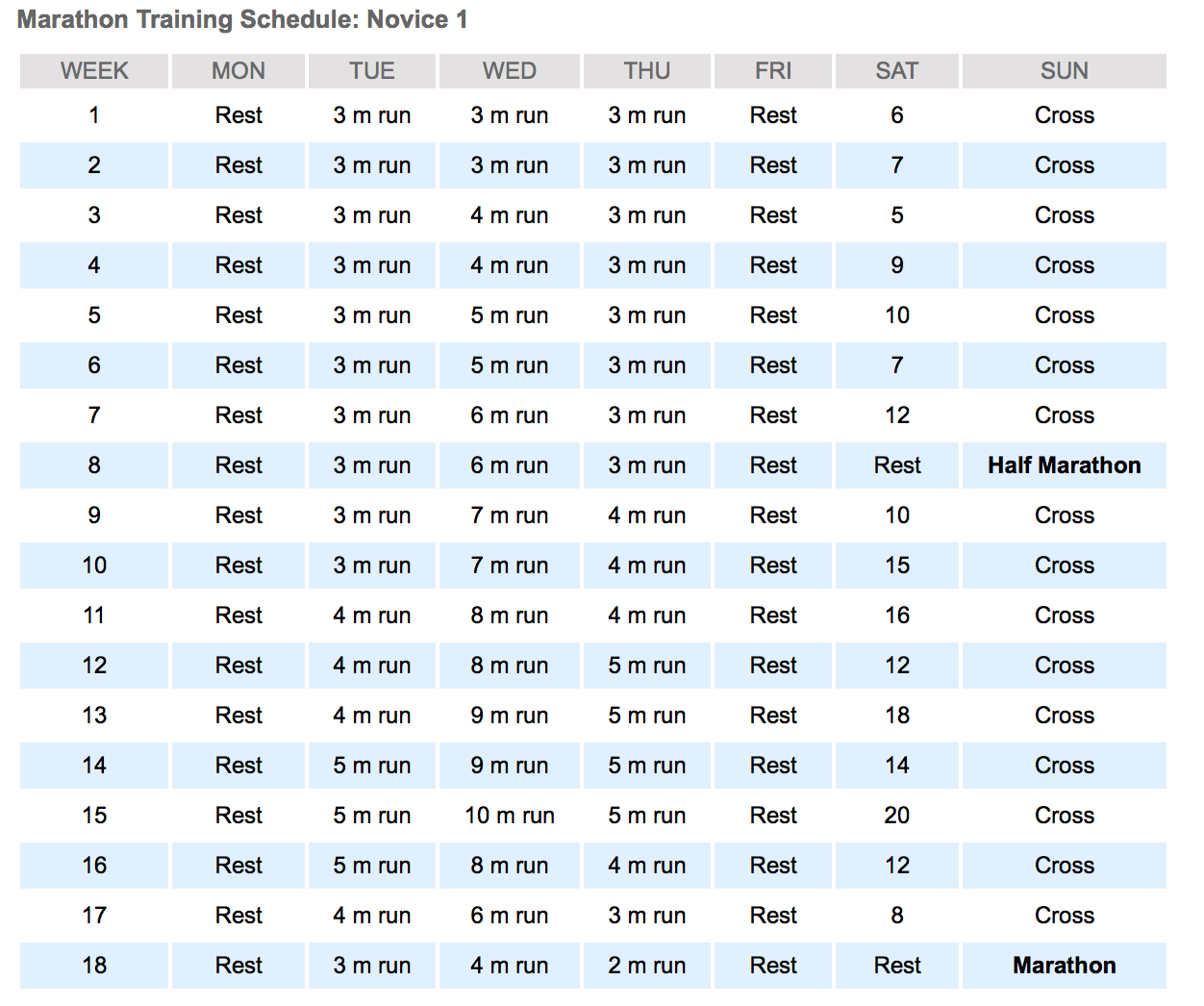 Running a marathon was never something on my bucket list of accomplishments, but I’m allowed to change my mind, right? And by change my mind, I mean go crazy, because it’s not normal to run 26.2 miles, by choice. Now that I signed up, booked a hotel and scheduled a massage, it’s time to share my Nashville Marathon Training!

I chose this plan for a few reasons:

The Nashville marathon is part of the Rock ‘n’ Roll Marathon Series. I went to Nashville for a day with my sister back in June. We had a great time (!!), but there are many more things to see/do there. Nolan was really jealous when I sent him pictures of the Johnny Cash museum. So, we’ll be staying several days after the marathon to be tourists. I also really like the music aspect of the marathon. As a 1st timer, doing the marathon alone, I’m going to need all the encouragement I can get and music is a big motivator for me.

One thought on “2018 Nashville Marathon Training”