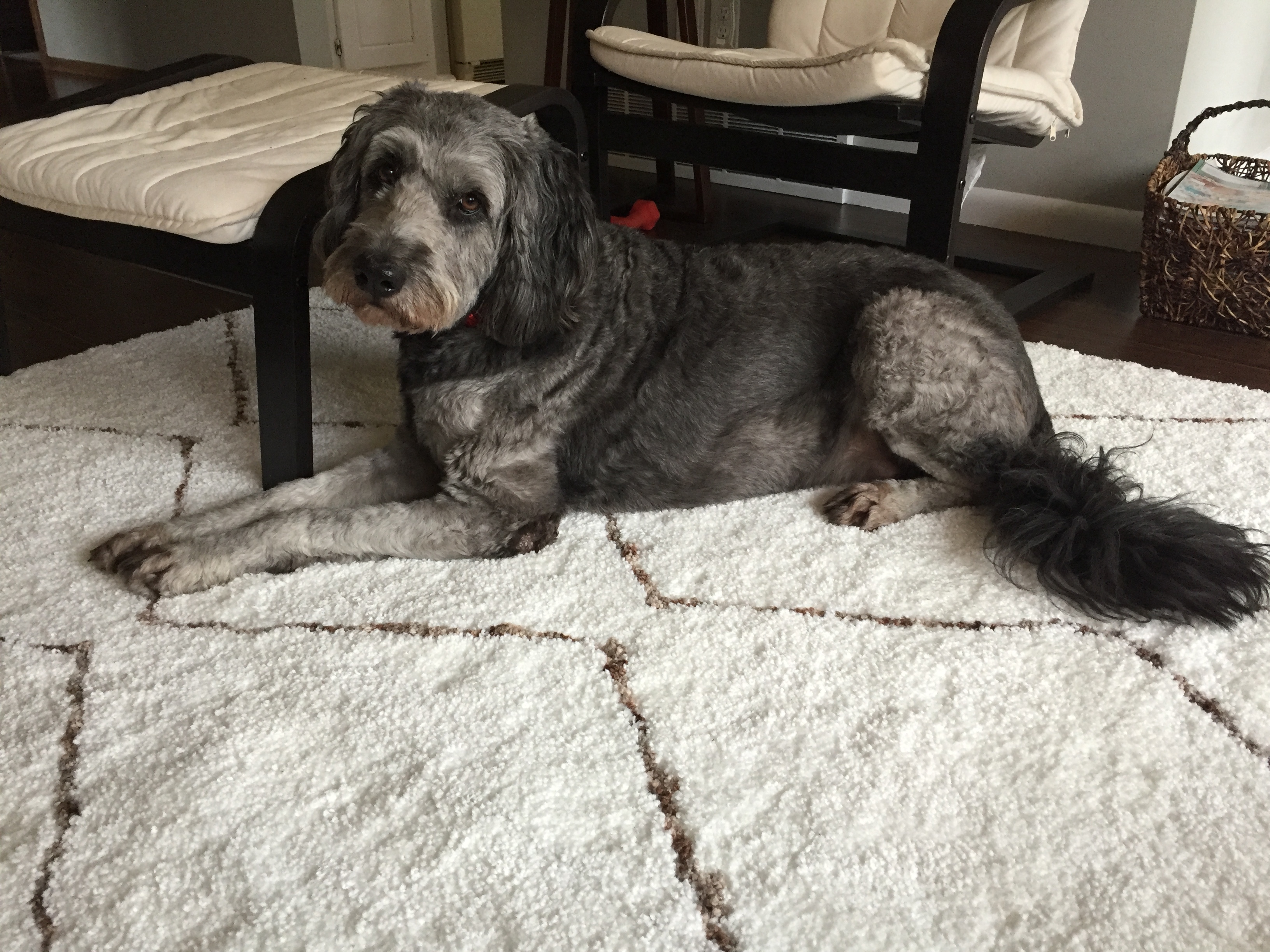 We’ve had the same living room rug since 2015. Some of you probably thought I was crazy for getting a fluffy white rug with Sophie. If I could go back in time I’d still buy it; I loved that rug.

The rug was so soft and brought worked well against our dark floors in our Shoreview House. It absorbed a few stains, but nothing too noticeable. It moved with us to Cincinnati into our new living room. This is where it took a beating. 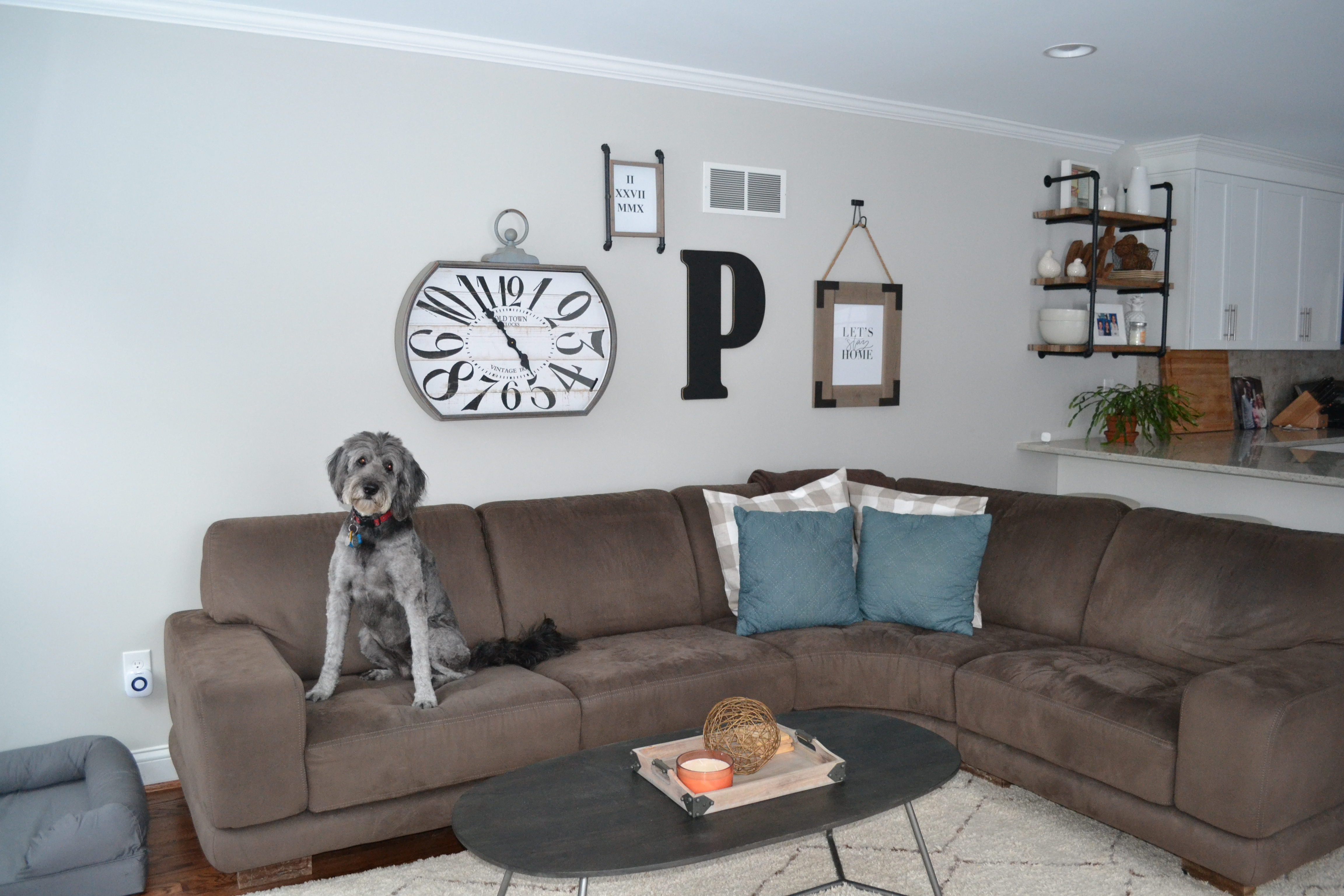 Sophie loves to play fetch and we have a hard time saying no. She loves to tear off into the kitchen and then run and jump on the rug. Even before you throw her toy she’ll leap into the air; all 60 pounds coming down on our (previously) fluffy white rug. 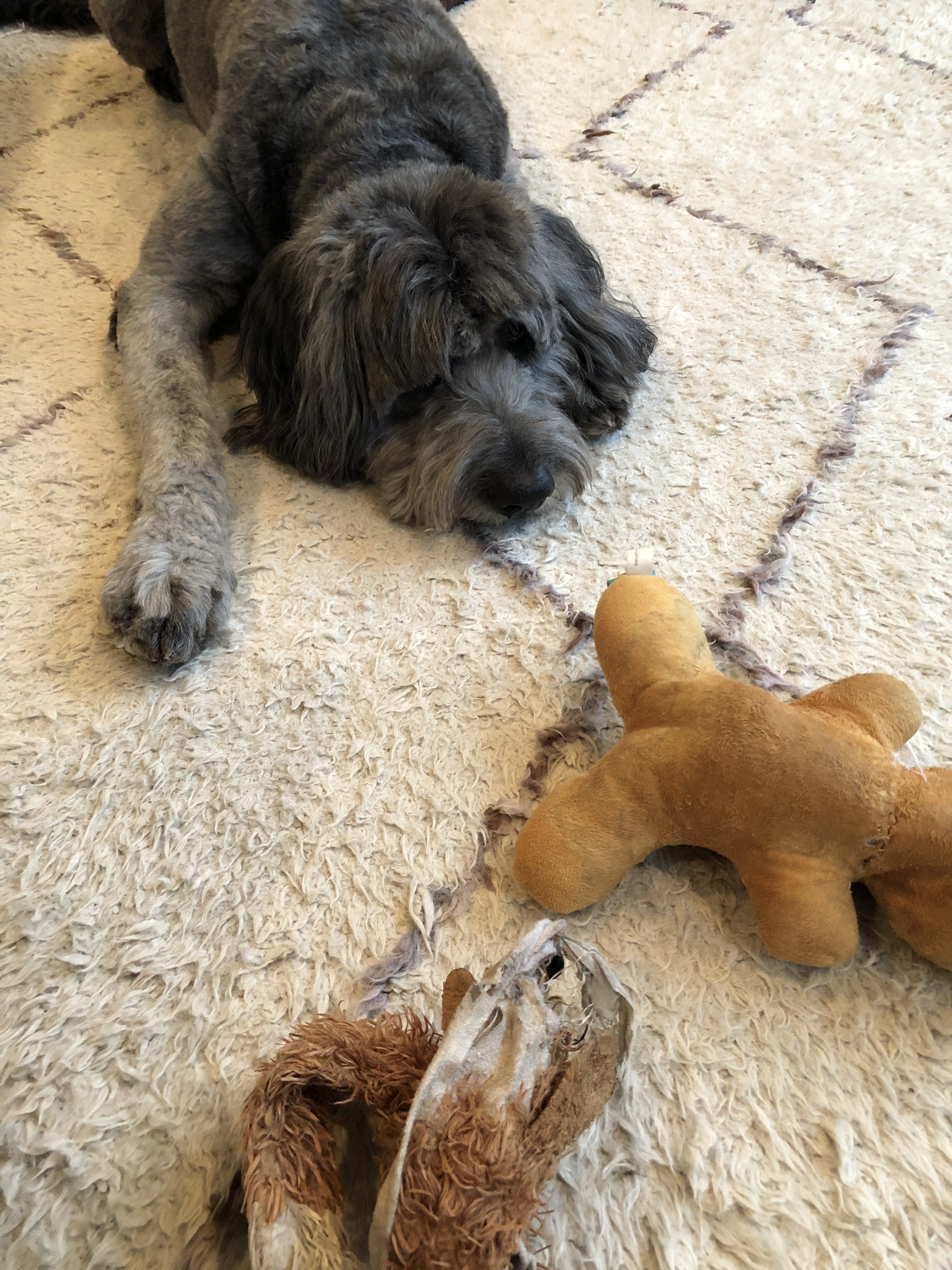 Even though it was matted down, absorbed some red wine on Thanksgiving and not as bright white we weren’t in a huge hurry to replace it. I knew the day would come eventually and I almost bought this rug from West Elm when they were having a rug sale.

Other than the master closet and the basement, it’s the only carpeted place in our house. So naturally, it’s where Sophie went when the antibiotics she was on made her sick. (I’m so glad I didn’t buy the West Elm rug!) Two very large (bigger than a basketball) stains sat for a least a few hours before we realized what happened. By that time it was too late. We rolled/folded it up and said goodbye. A new, more durable, jute rug is on order, arriving later this week! 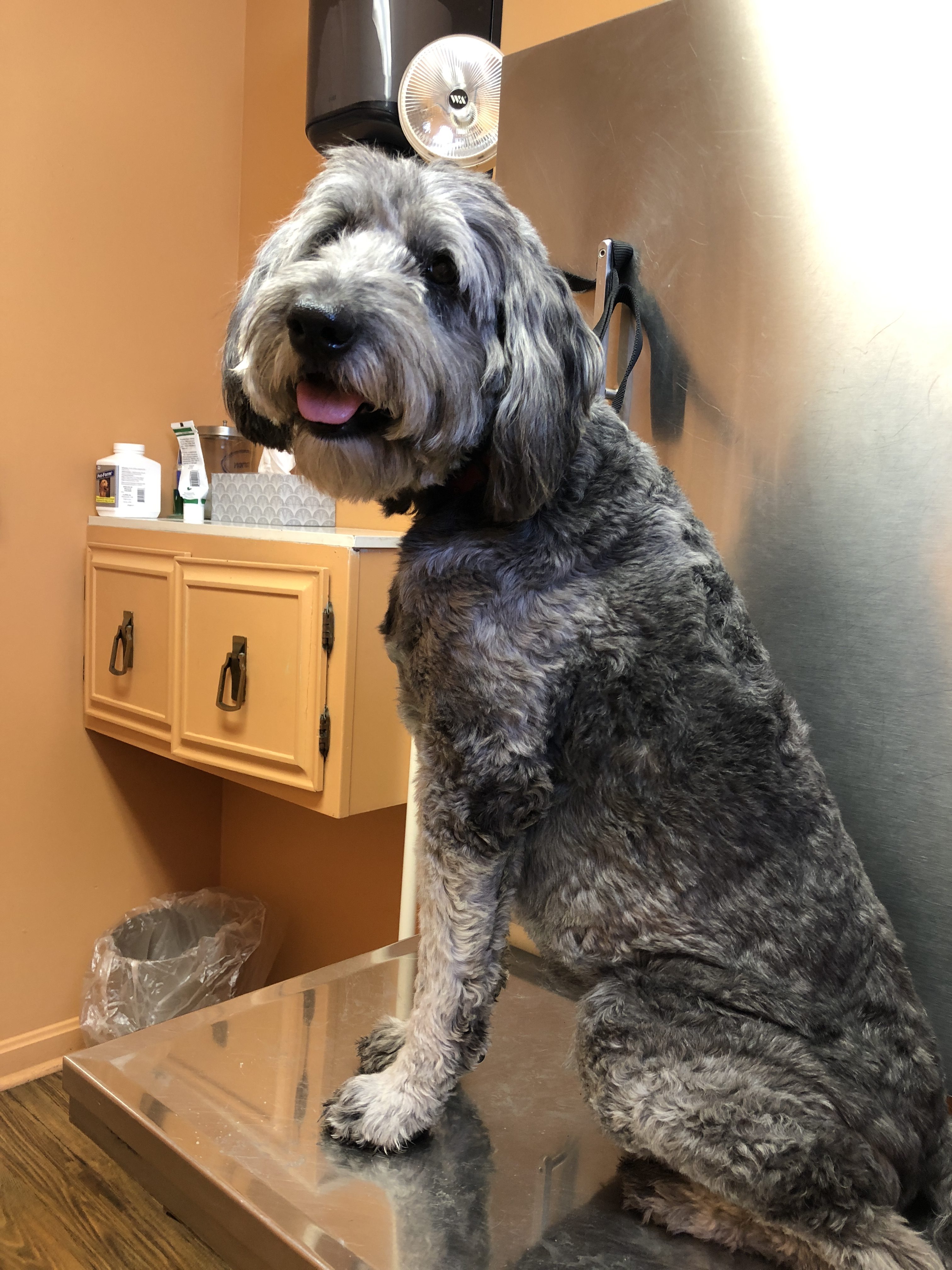 Sophie was on antibiotics because she had a cyst on her back that burst internally. You would have never known because she acted totally normal. The whole thing got cleaned out and she never flinched. Even when the vet put a q-tip in the big hole it left in her back, she was “whatever, do I get my treat yet?” She is the only dog I know that loves going to the vet.