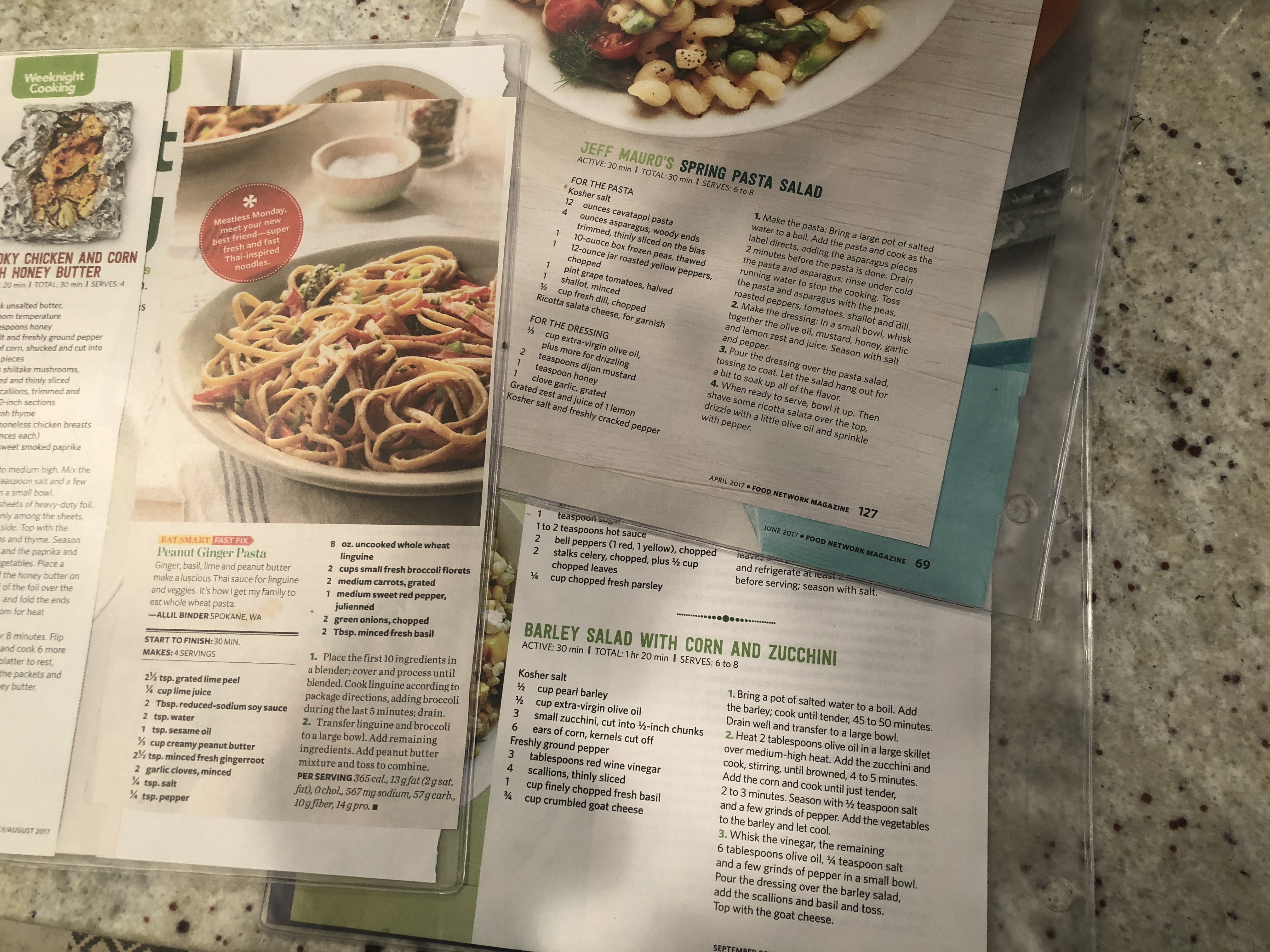 Have you heard of Meatless Mondays? I love meat, but eating vegetarian once a week sounds like a good idea. I don’t do it every Monday, but typically once a week. Usually it’s in the form of a pasta or grain salad. (I still love the farro/cranberry/goat cheese salad.)

This Peanut Ginger Pasta is a great meatless meal! It’s made with whole grain pasta, so I don’t have white-processed-carb guilt and I use more veggies than what’s called for. I also cooked the carrots (I used tricolor pre-shredded carrots) and red pepper by pan frying them in avocado oil. Sometimes whole wheat pasta is bad, but in this recipe you can’t even tell! Nolan gave this one a thumbs up. 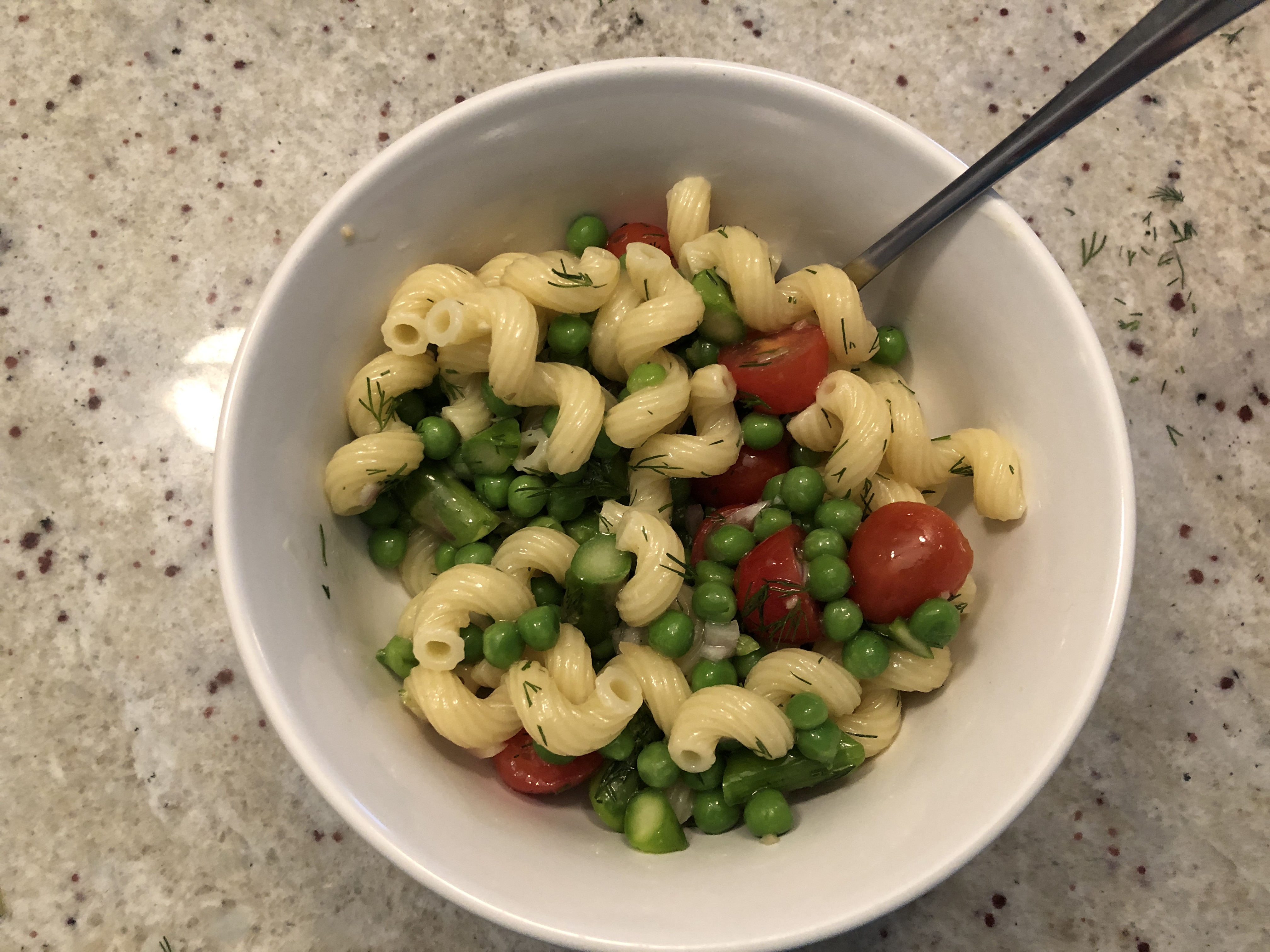 After my 7-mile run I whipped up this Spring Pasta Salad. It does use white pasta, but I tried to up the amount of veggies to off-set that. I think I could have still used another shallot and more asparagus. Nolan was out of town when I made this and while it was good, it made way too much for just me. Next time I’ll cut there recipe in half. I also struggled with using a fork or spoon. Those cavatappi noodles demand a fork, but peas are definitely a spoon veggie…

Barley Salad with Corn and Zuchinni 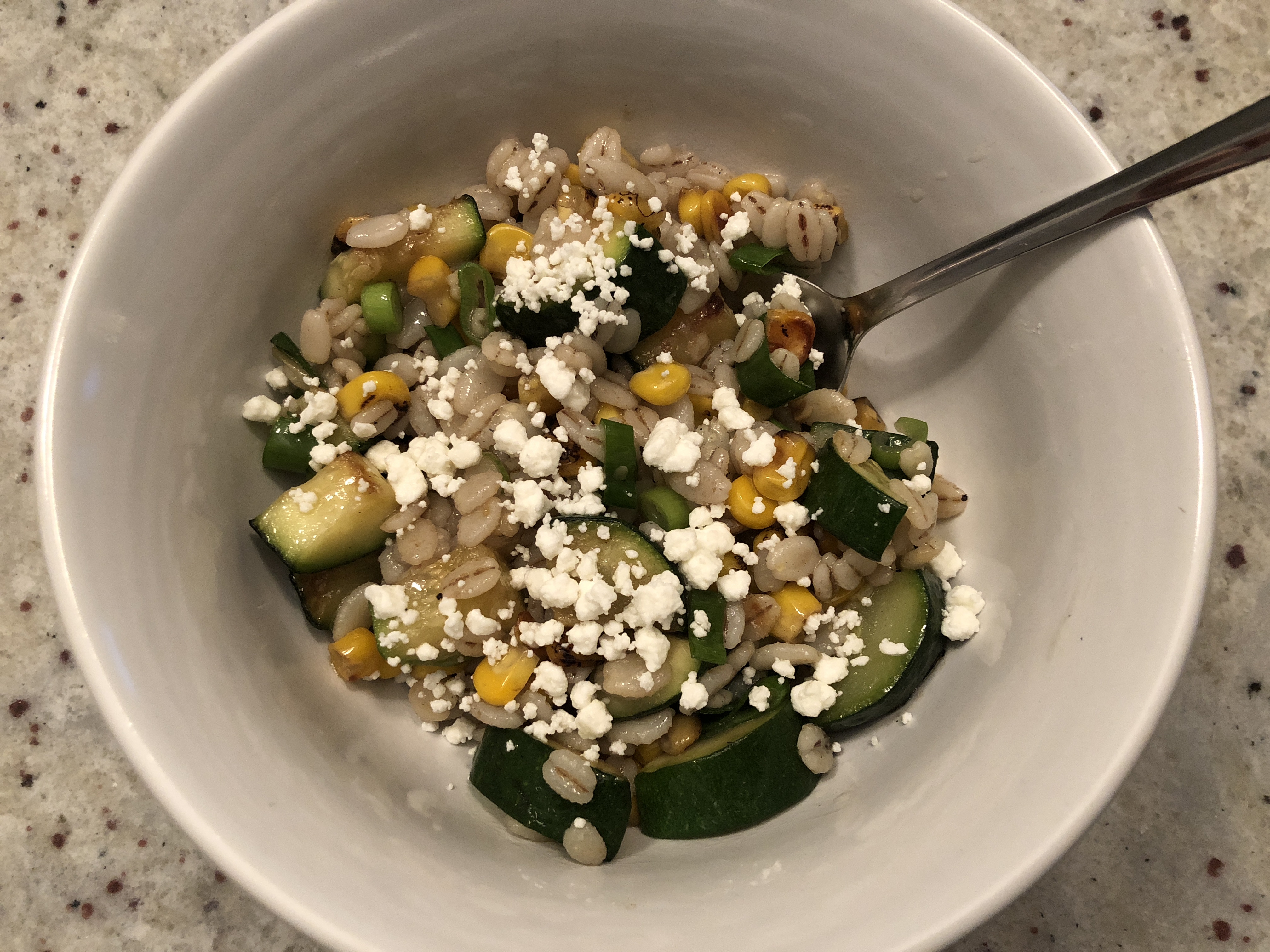 This barely salad is more of a side dish, but great if you’re looking for a small meatless meal. I used Trader Joe’s frozen roasted corn, which is a super convenient and tasty. I opted to only top with goat cheese right before eating.