I bought the plant in the corner as sort of stop-gap for that corner of our living room. I like the woven basket and the green that it brings to the space, but I was struggling with what to put on the wall above it. I decided on a blanket ladder and found lots of people selling them on Etsy. I showed Nolan and he immediately said, “I could make that!” 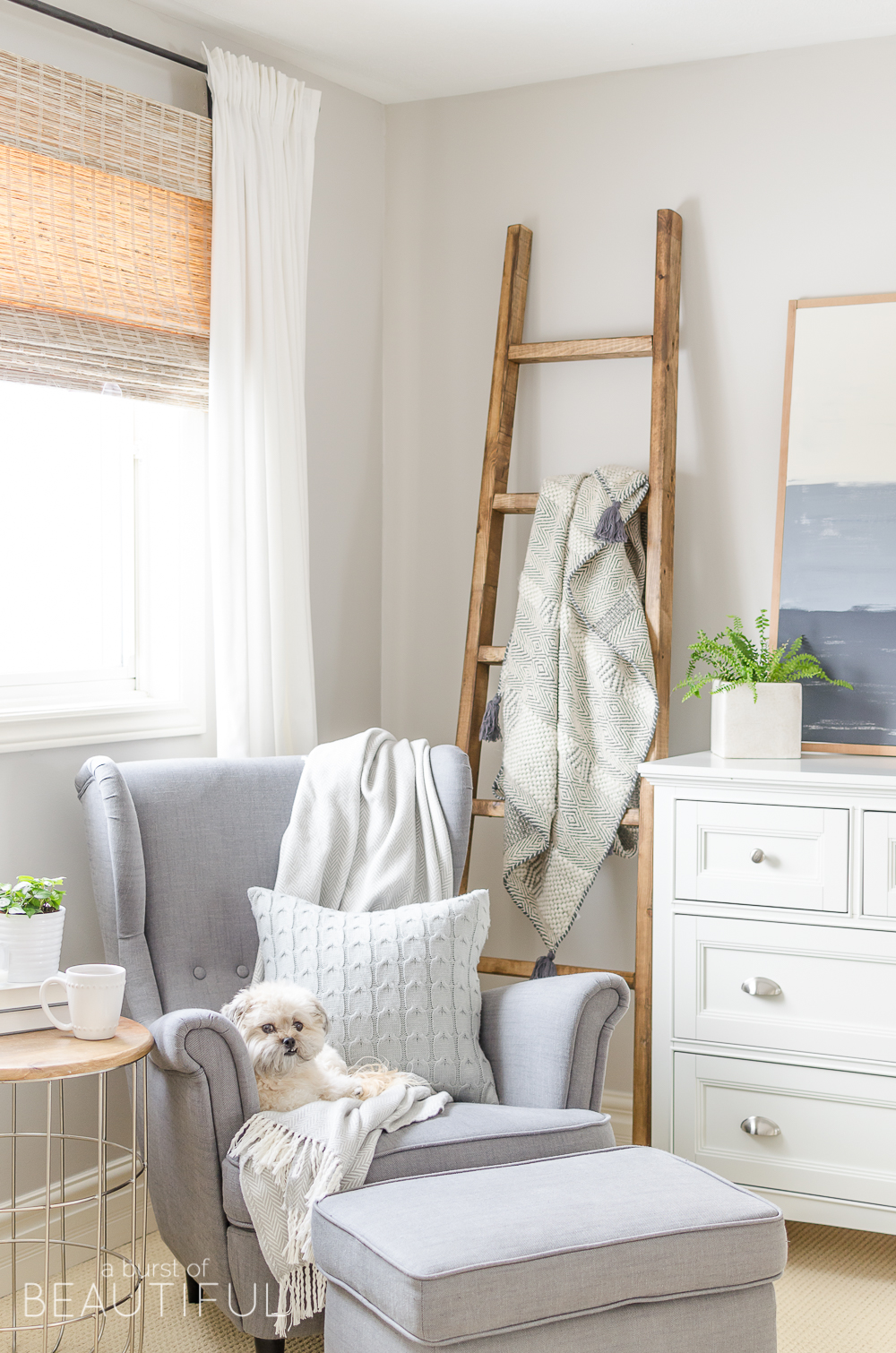 Per the usual, we searched Pinterest for DIY Blanket Ladder instructions. There are lots out there, but we ended up selecting the one above. It included the word “simple” and had pictures of a cute little dog. 🙂

After dropping me off at a trailhead so I could do my run, Nolan bought the wood and setup shop in the garage using these saw horses. Nolan did all the sanding, cutting, staining and building of the ladder. I just approved the stain and bought the blankets.

Using a variety of tools he distressed the wood a little so it wouldn’t look like he just bought it.

After a few coats of gray stain, he brought the boards into the basement to assemble and so he could park his car in the garage again. 🙂 These clamps were a lifesaver! 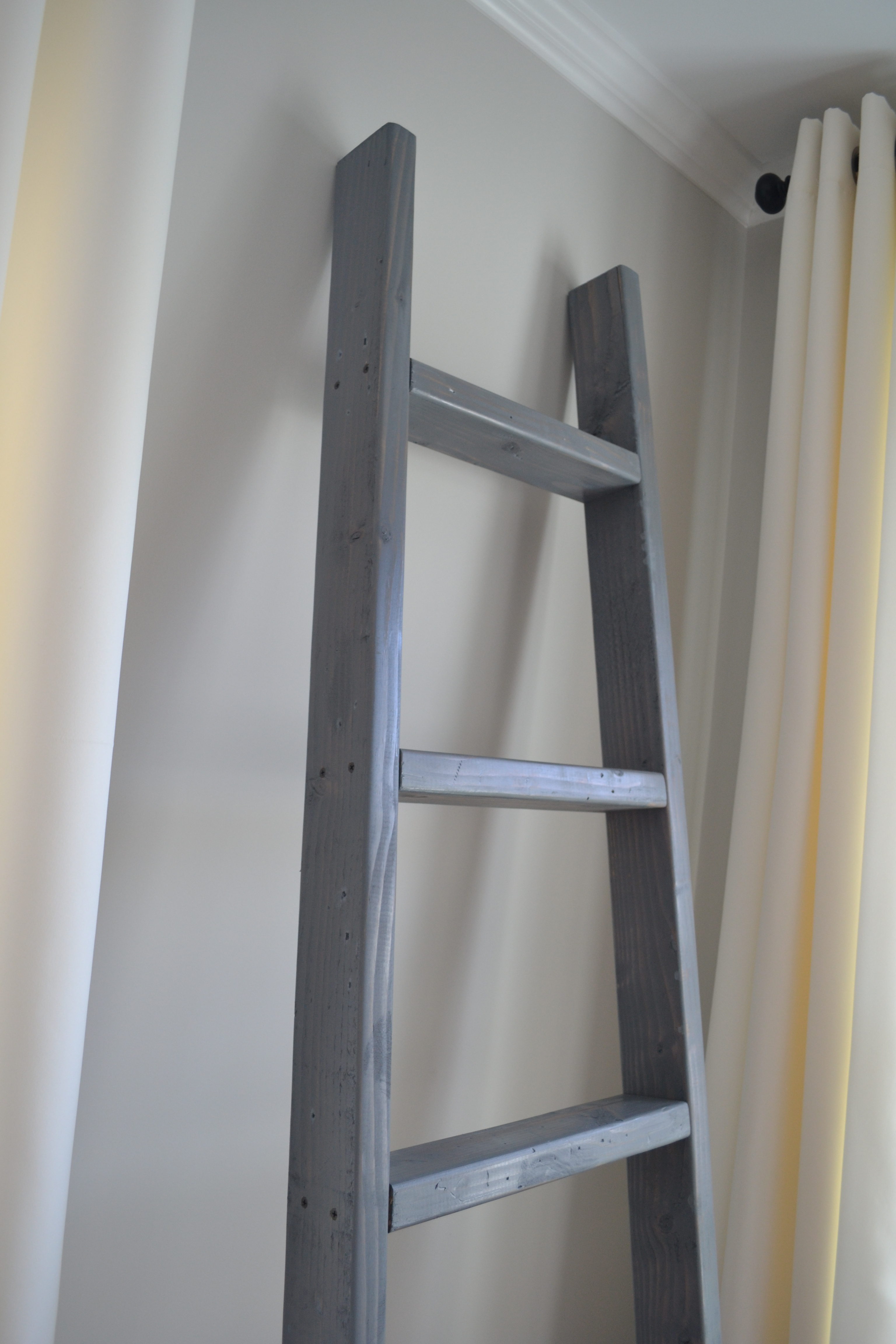 Once we got it in the living room I wasn’t sure about the stain color. I thought it was a little too gray and not enough wood. But after getting a few blankets hung on it I like it. Getting the right blankets hung was another story. 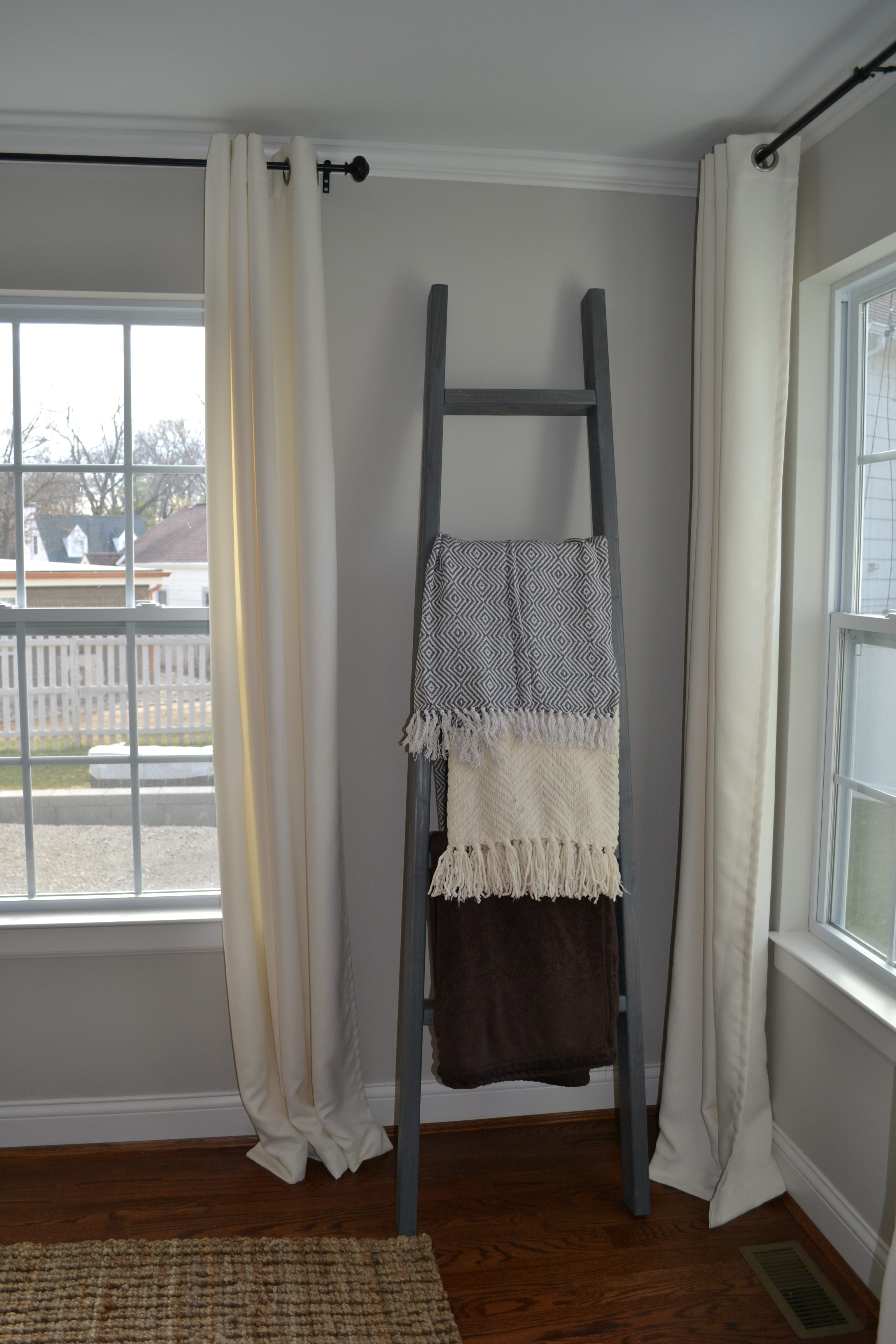 I had the brown and cream blankets and bought this blanket on Amazon for something with a pattern. I love the fringe, gray/cream pattern and the price. But the fringe-on-fringe and mismatched creams wasn’t working.

I also bought this buffalo check throw from Amazon to try to bring in some of that farmhouse style. I again liked the fringe, pattern and price, but not the solo look. Buffalo are herd animals, anyway.

I landed on this tucked, 3-rung variation. I wouldn’t have thought that including the two patterned blankets would work, but I think it does. The black buffalo check ties in the black curtain rods (and the big black TV and fireplaces to the right). The middle creamy blanket ties the two blankets together and pulls the curtains into the mix.

I like the different textures of the three blankets and I’m not even sad about hiding the fringe on the top two.

One thought on “DIY Blanket Ladder”