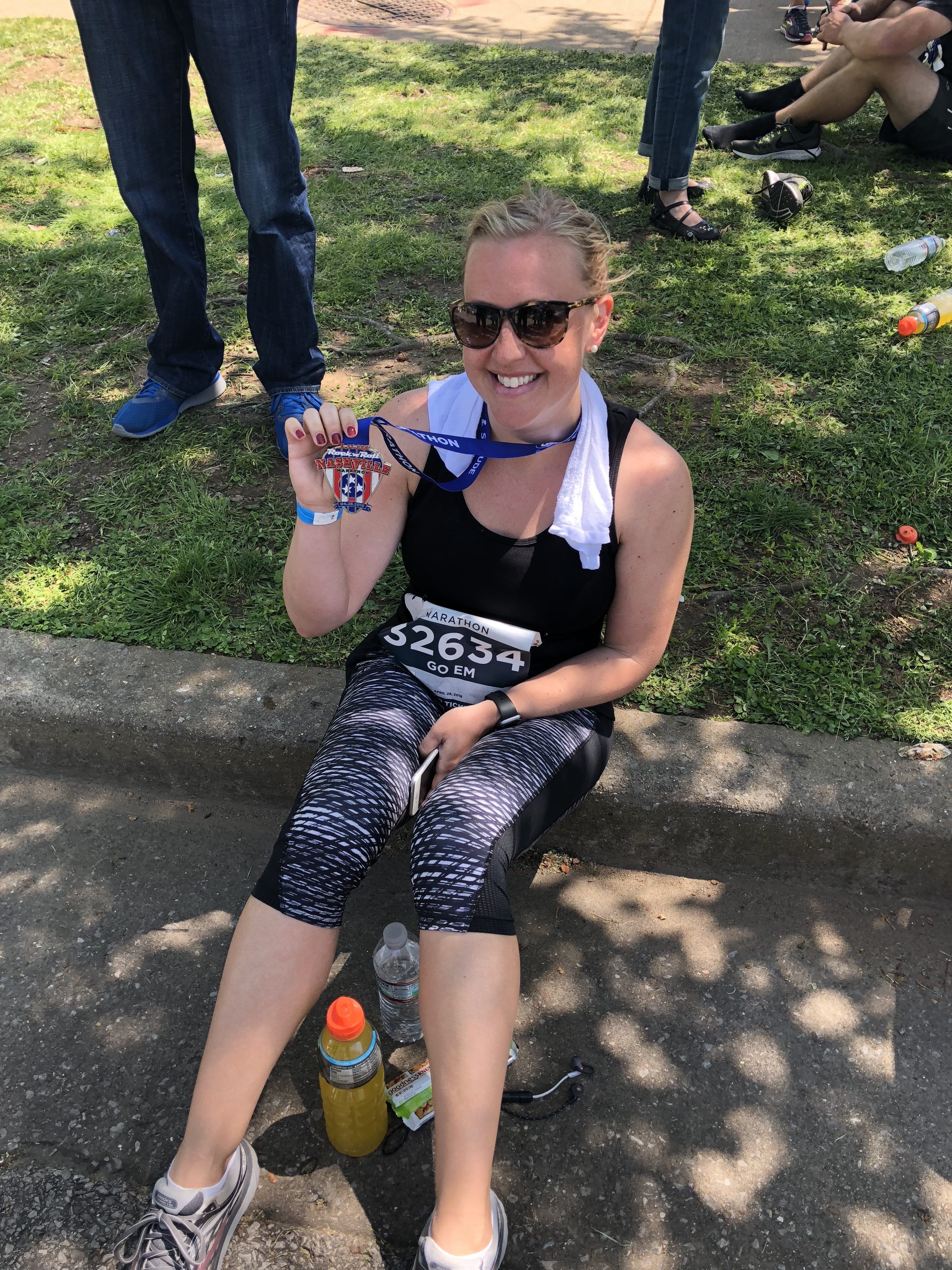 Last weekend, after 18 weeks of training, I completed the Nashville Rock ‘n’ Roll Marathon! I did some things right and some things wrong, but overall it was a good first marathon experience. 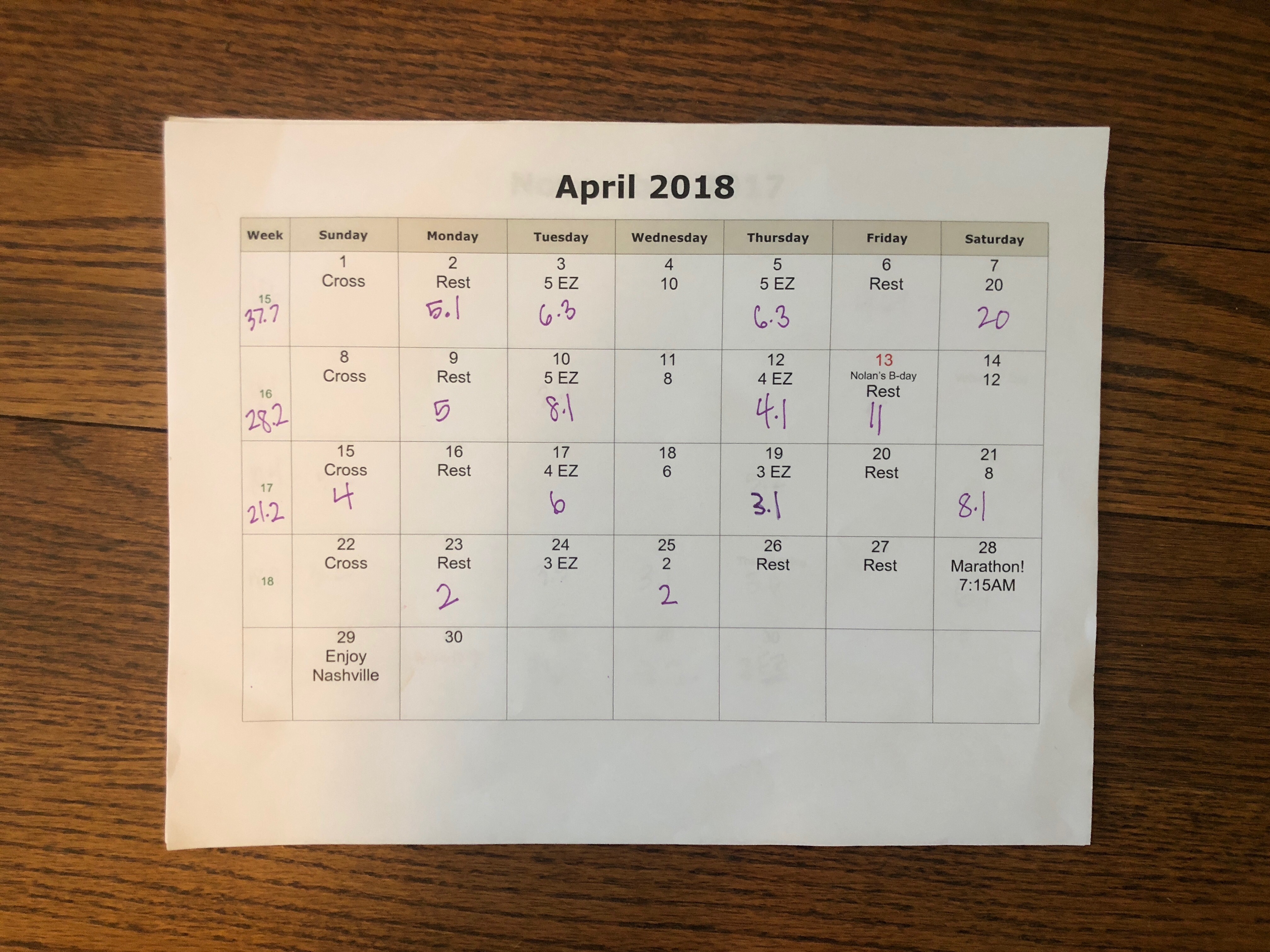 The final few weeks of Nashville Rock ‘n’ Roll Marathon training were spent winding down in mileage. I was on a work trip the 18th week and only able to get in a few miles on the hotel treadmill. I also unfortunately got a head cold and was pounding DayQuil and these uber-powerfull numbing cough drops. If you need something to help you fall asleep, you can read my previous training week recaps here: 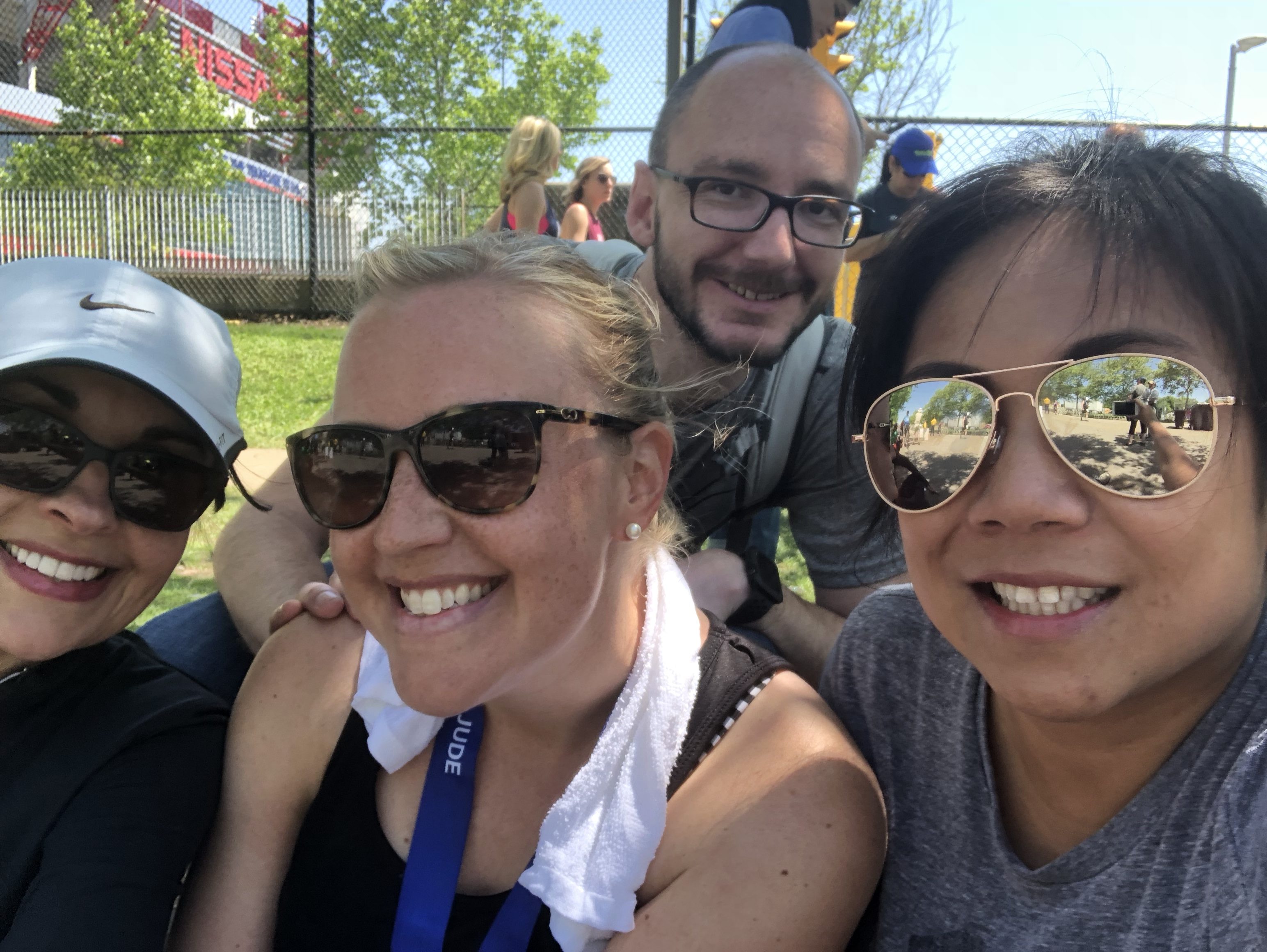 I’ll cut to the chase; I finished, which was the only goal I had set for myself. I’m proud that I completed it but at the same time, I’m a little disappointed that I wussed out and walked so much. I really felt like I was going to be able to run more than I did. Knowing that I had these three cheerleaders at the finished helped me push till the end. 🙂

The Heat and Hills 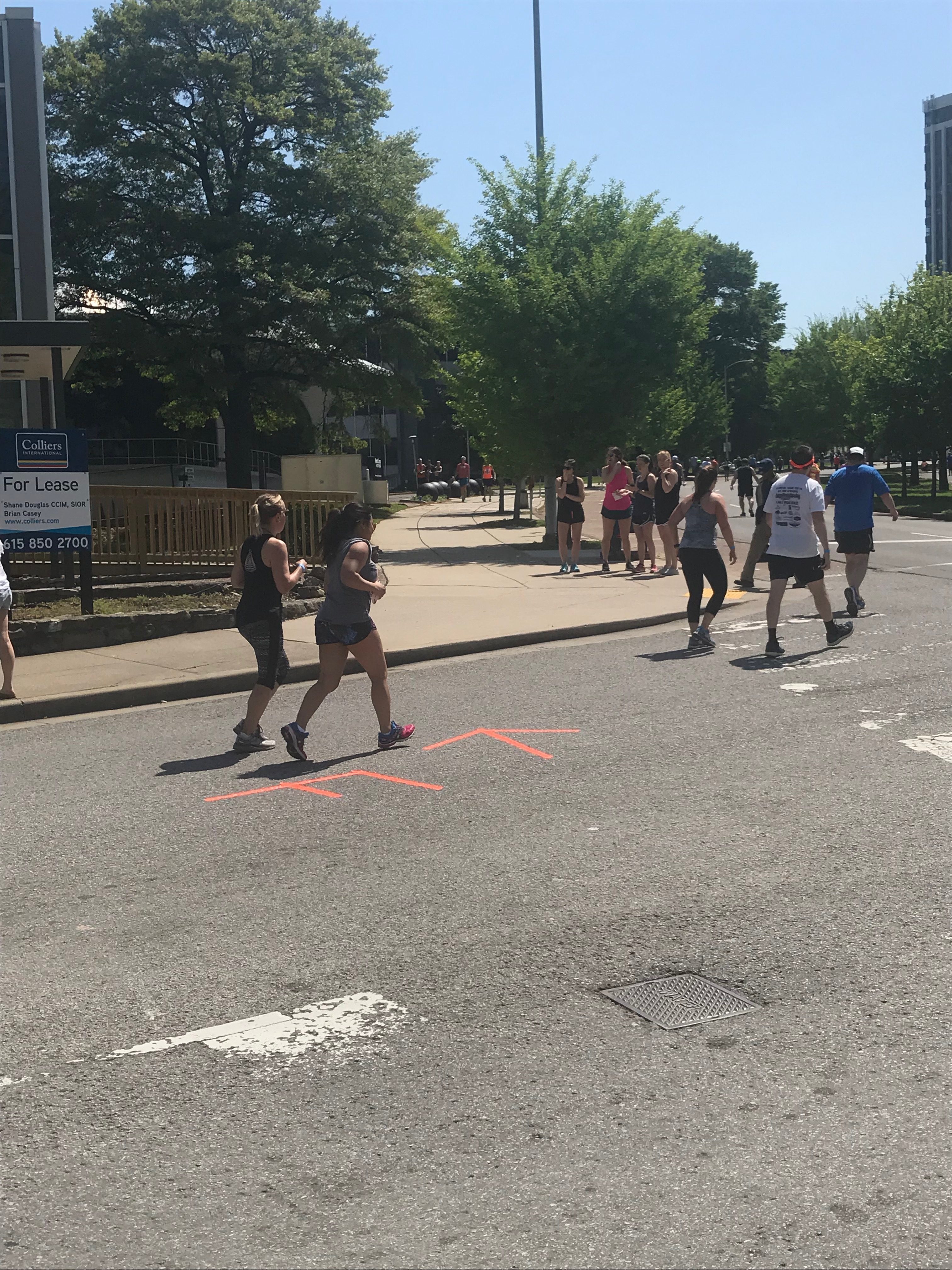 Let’s talk about excuses! In addition to the head cold, the Nashville Rock ‘n’ Roll Marathon route was hilly. Above is a photo of when Heidi joined me for a few miles. I thought the rolling hills were only in the beginning, but they continued throughout the entire marathon route. I approached several of the last hills with the run half/walk half attitude. 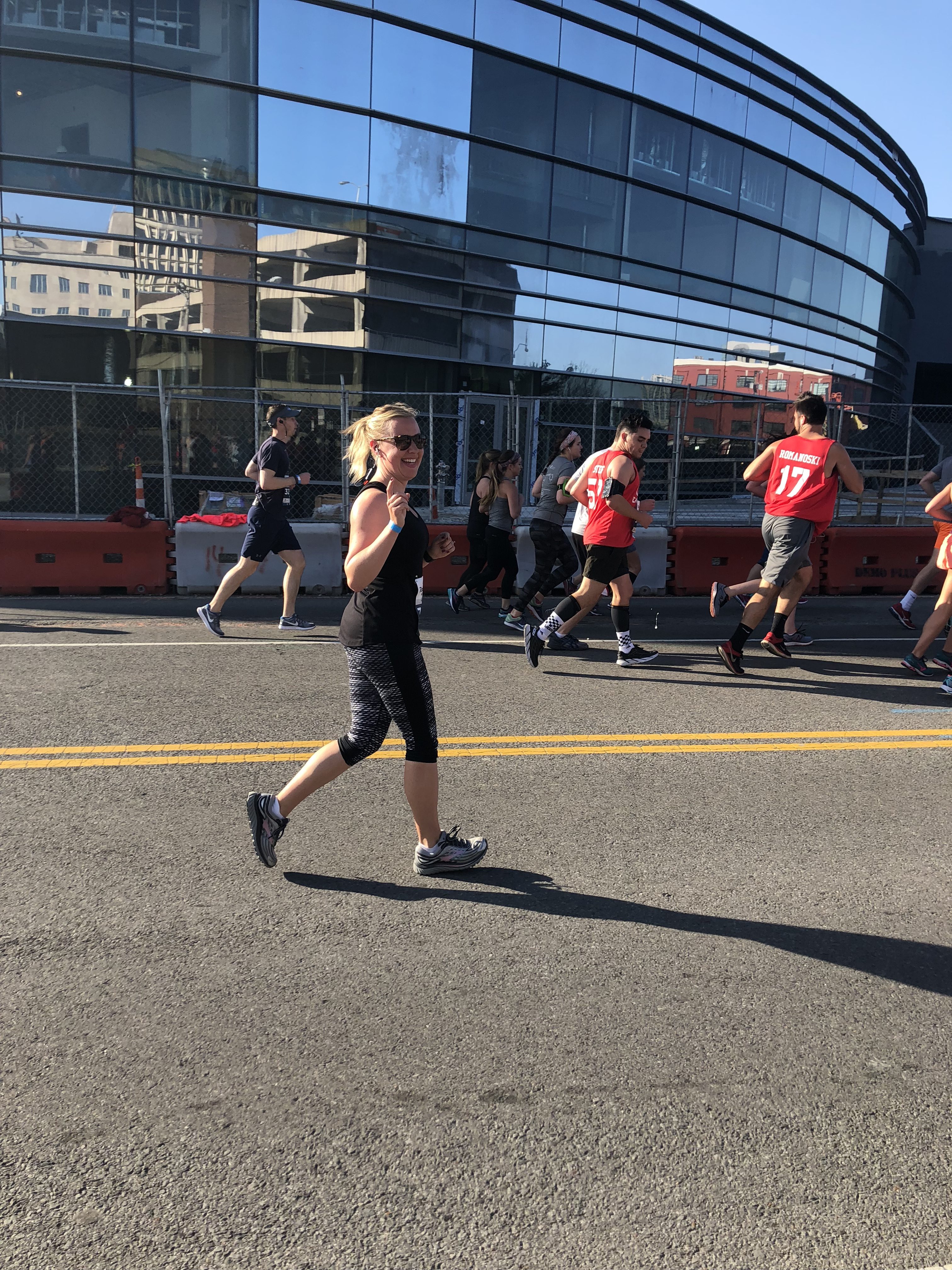 The heat was also something I wasn’t used to. During the second half, the temperatures reached the 70s with full sun. I hydrated a ton the day before and the morning of but I still felt thirsty during parts of the marathon. I had sunscreen on, but I still got sunburned in a few spots. The stations with salt tablets and peanuts were a lifesaver. 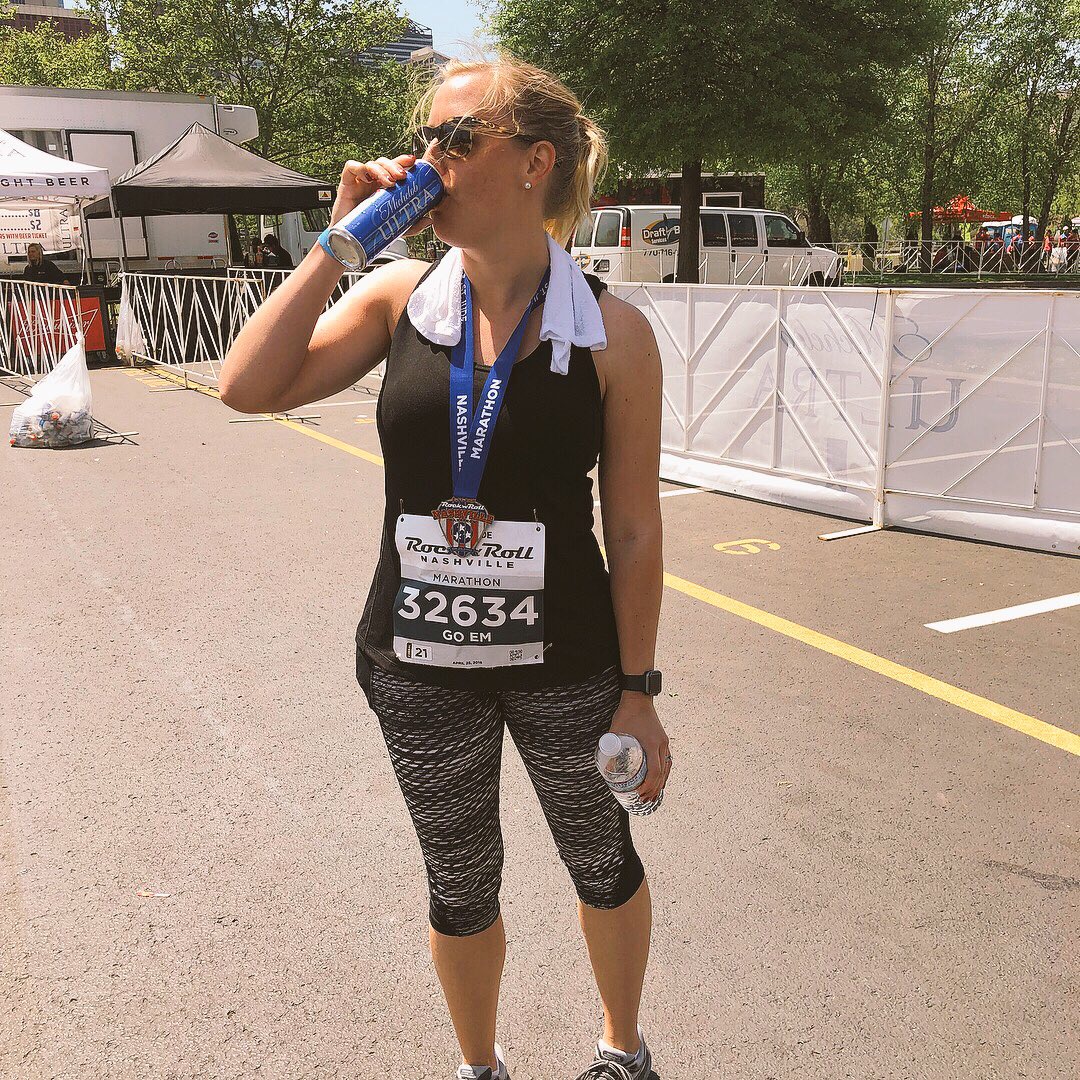