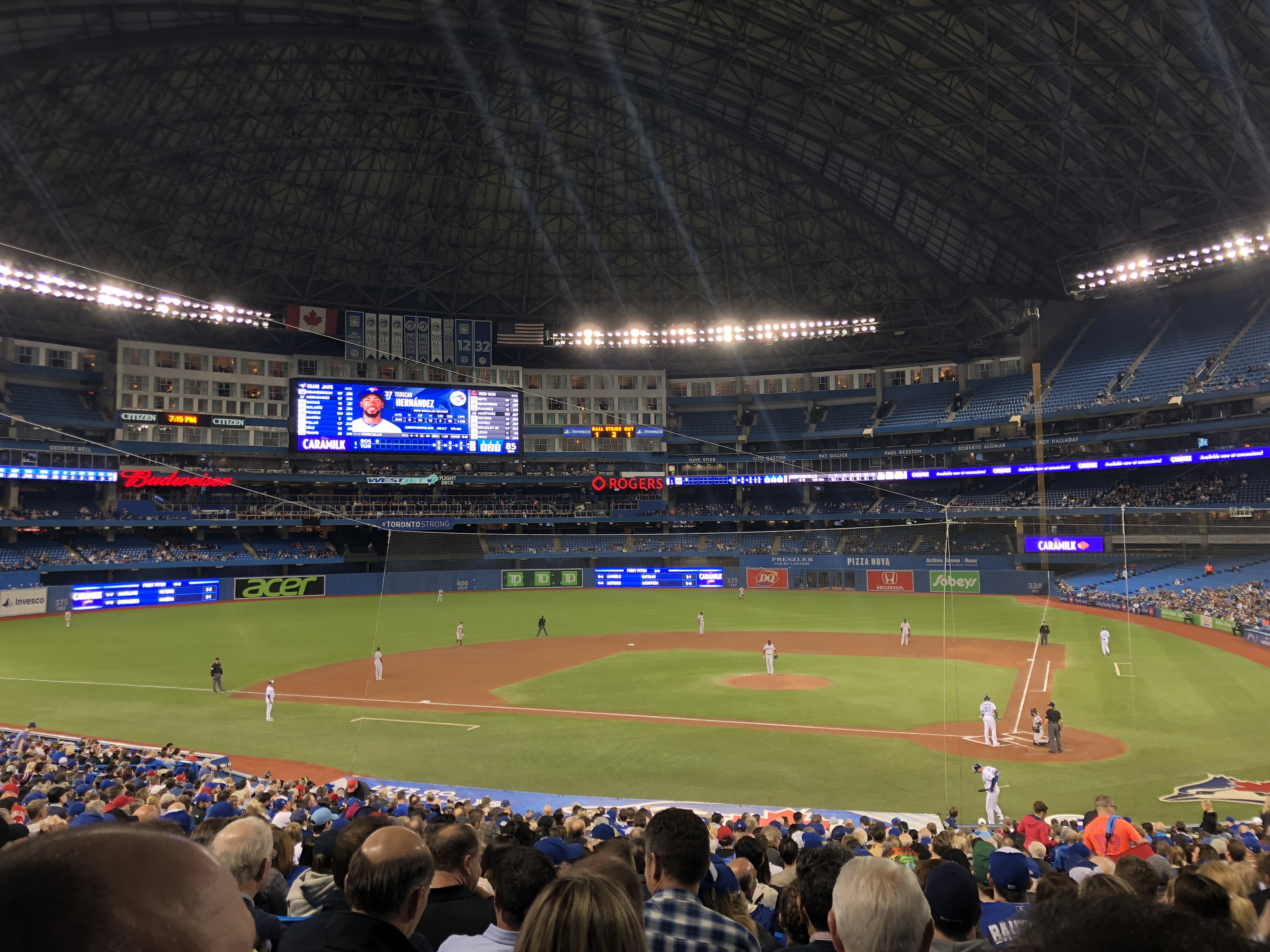 The month of April was a busy one! Not only did I finish training and run the marathon, I had a work trip to Toronto (where I saw a Blue Jays game at Rogers Centre) and celebrated Nolan’s birthday! 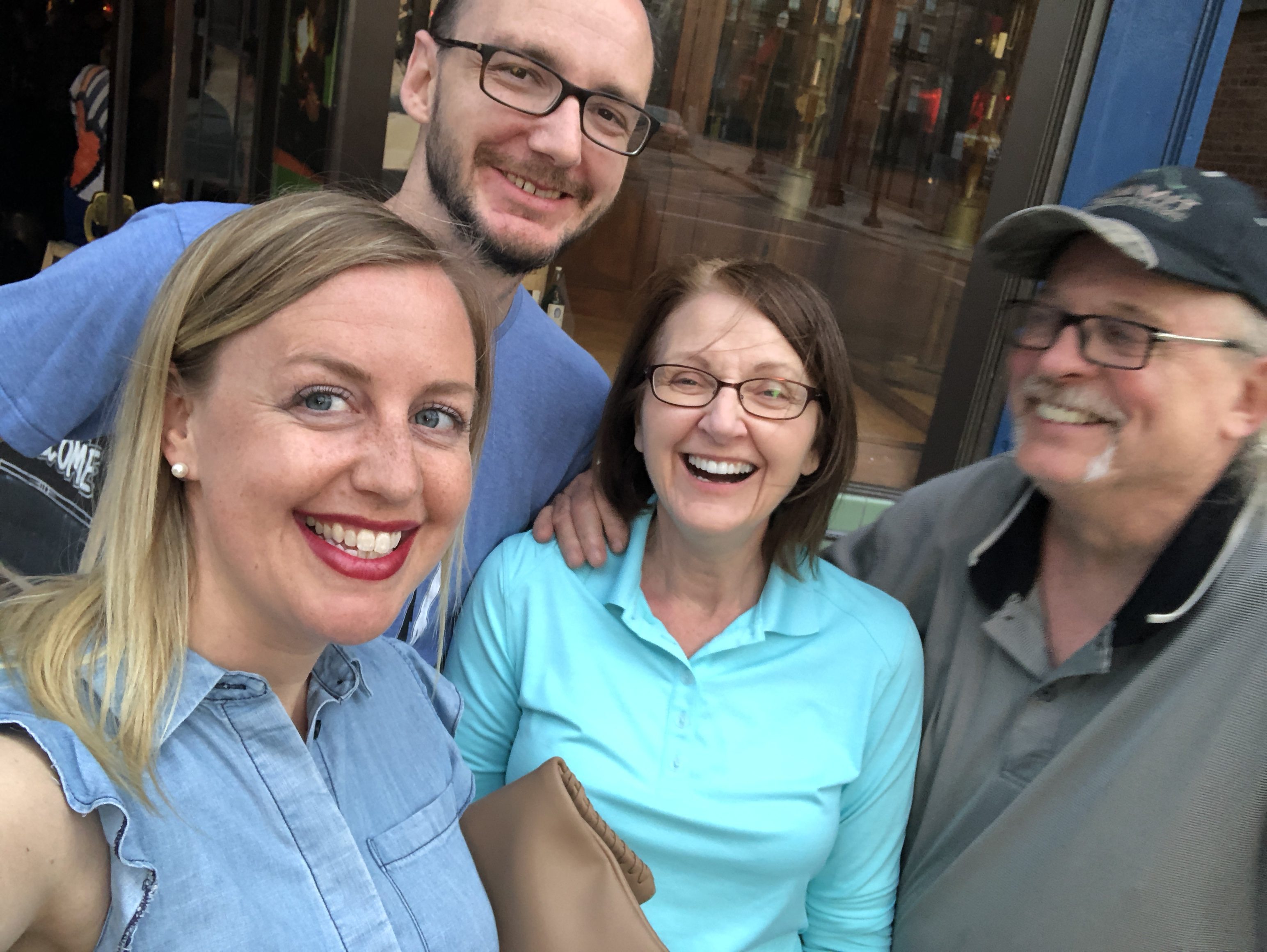 You know I love birthdays, so having Nolan’s mom and stepdad Jeff in town for his birthday was awesome! They came into town later Thursday night, they explored Jungle Jim’s on Friday, while I got my short run in. Then we went to Nolan’s favorite fried chicken restaurant The Eagle, in the OTR. We’ve been there several times and it never disappoints. We stayed in the OTR and walked to several other local spots- photo above is outside Japps. 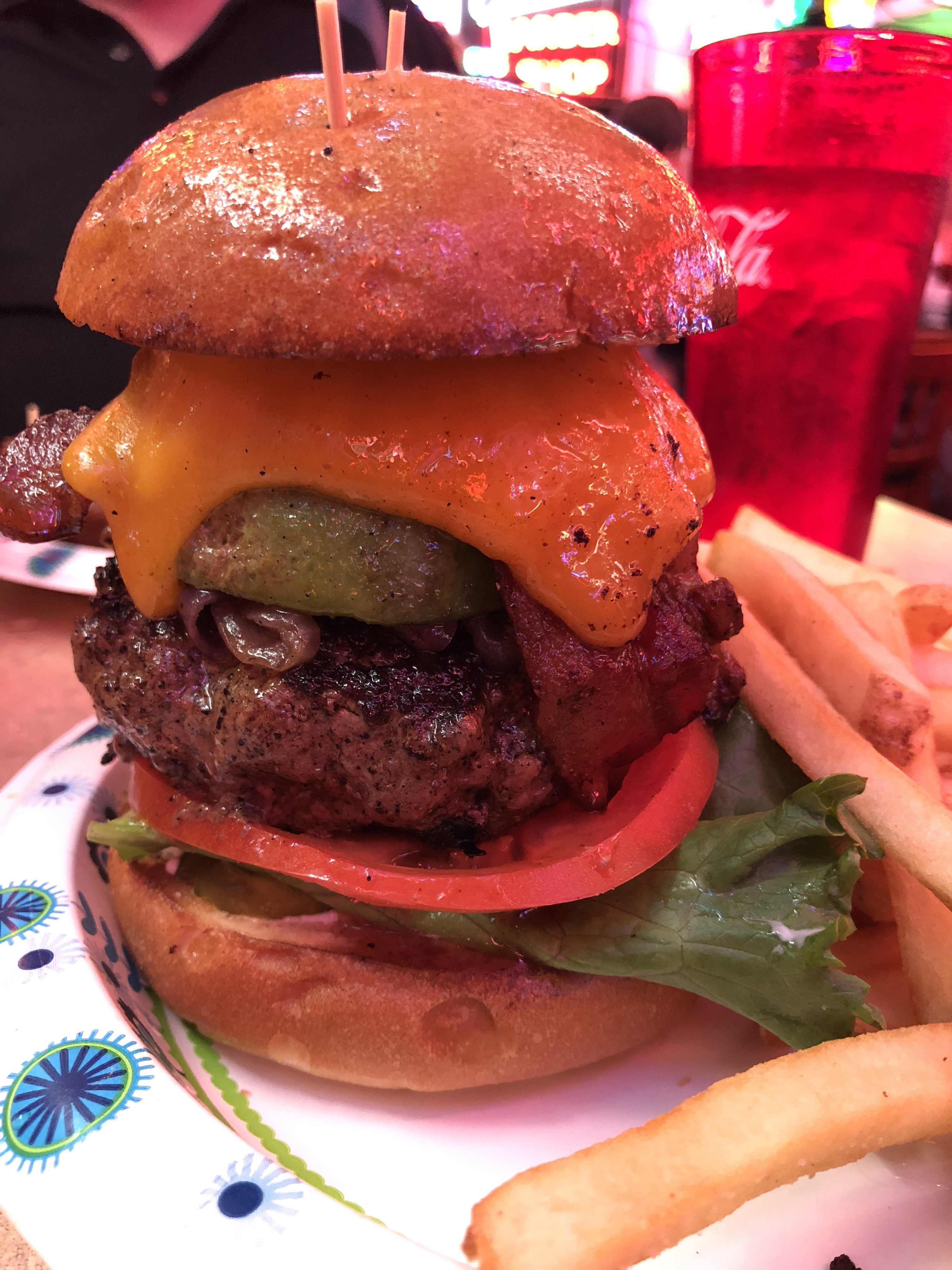 On Saturday we hung around the house because Nolan made his smoked ribs and beans. Meanwhile Jeff installed a new toilet in the main bathroom. Remember the list? On Sunday morning I snuck in 4 miles at the gym and then we headed to Terry’s Turf Club. I ordered the burger with sharp cheddar, bacon, avocado, lettuce, onions, tomato, lettuce and pickles (pictured above). Talk about a monster! We were all in a meat coma after, but managed to wake up for a round of Yahtzee and Pictionary. It was a such a fun food-packed weekend! 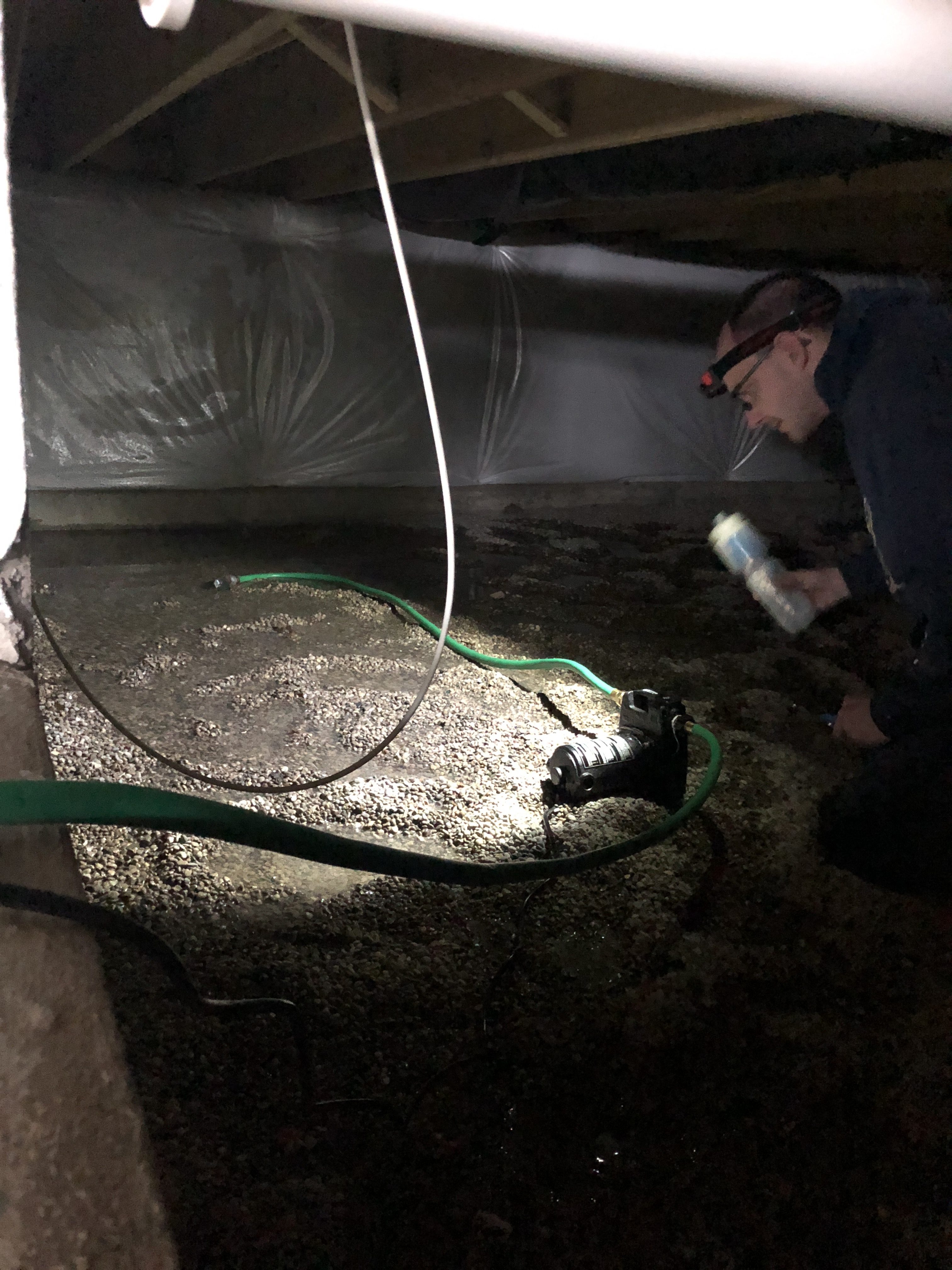