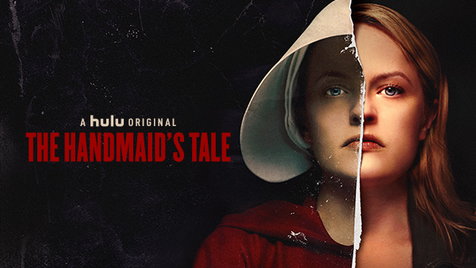 Are you watching The Handmaid’s Tale on Hulu?

I originally had The Handmaid’s Tale on my 2018 book list, but then Hulu came out with a series. I started hearing about it from other bloggers and decided to skip my usual read-the-book-then-watch-it routine.

The Handmaid’s Tale is a novel of such power that the reader will be unable to forget its images and its forecast. Set in the near future, it describes life in what was once the United States and is now called the Republic of Gilead, a monotheocracy that has reacted to social unrest and a sharply declining birthrate by reverting to, and going beyond, the repressive intolerance of the original Puritans. The regime takes the Book of Genesis absolutely at its word, with bizarre consequences for the women and men in its population.

The Handmaid’s Tale on Hulu

One word; dark. This show is very dark. You can read more about it on Hulu’s website. They do a great job of getting you to love/hate certain characters, which keeps bringing us back for more episodes. But it’s so disturbing that we usually have to watch an episode of The Office before we go to bed, just to lighten the mood. That doesn’t always keep the bad dreams at bay. You’ve been warned.

2 thoughts on “The Handmaid’s Tale”