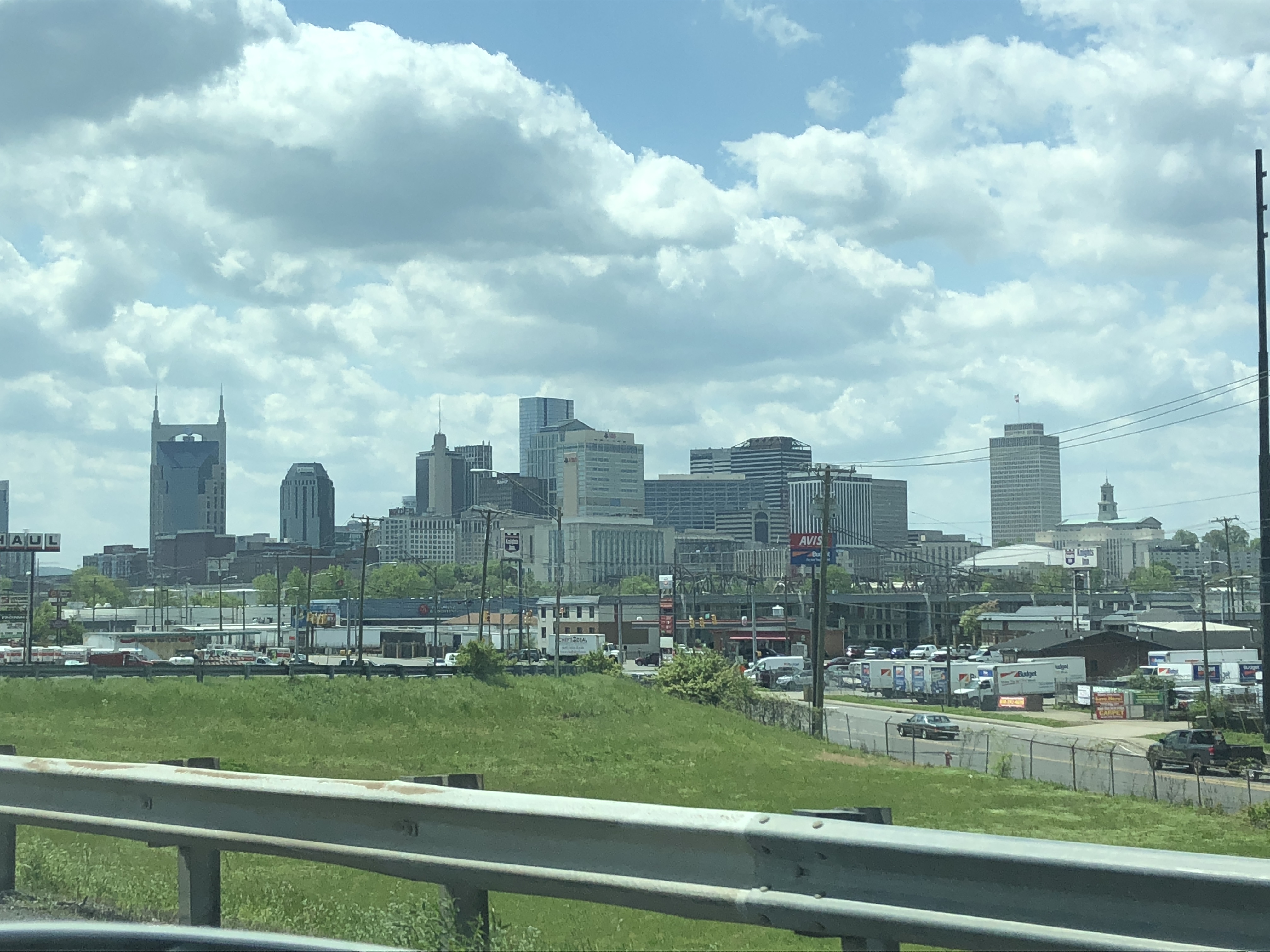 Another reason I was drawn to the Nashville Marathon was that it was on Saturday, instead of Sunday, like most marathons. This allowed us to plan fun stuff for the rest of the weekend in Nashville. 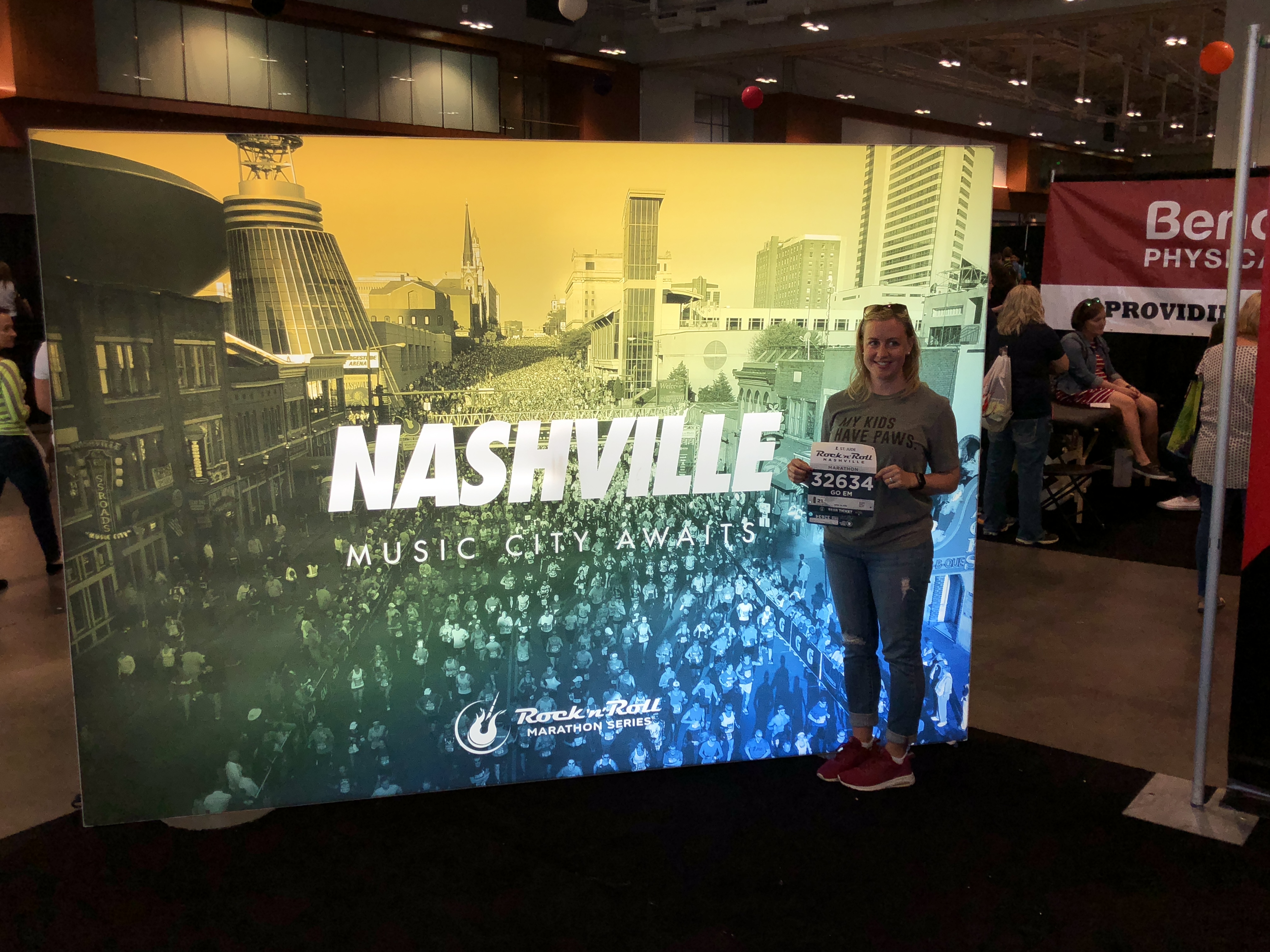 We drove (my mom and Heidi flew) to Nashville on Friday morning. We met up at the hotel and headed to packet pick-up at the Music City Center just a few blocks from the hotel. The packet pickup was well organized and routed you through and then out into the merchandize area and fitness expo. 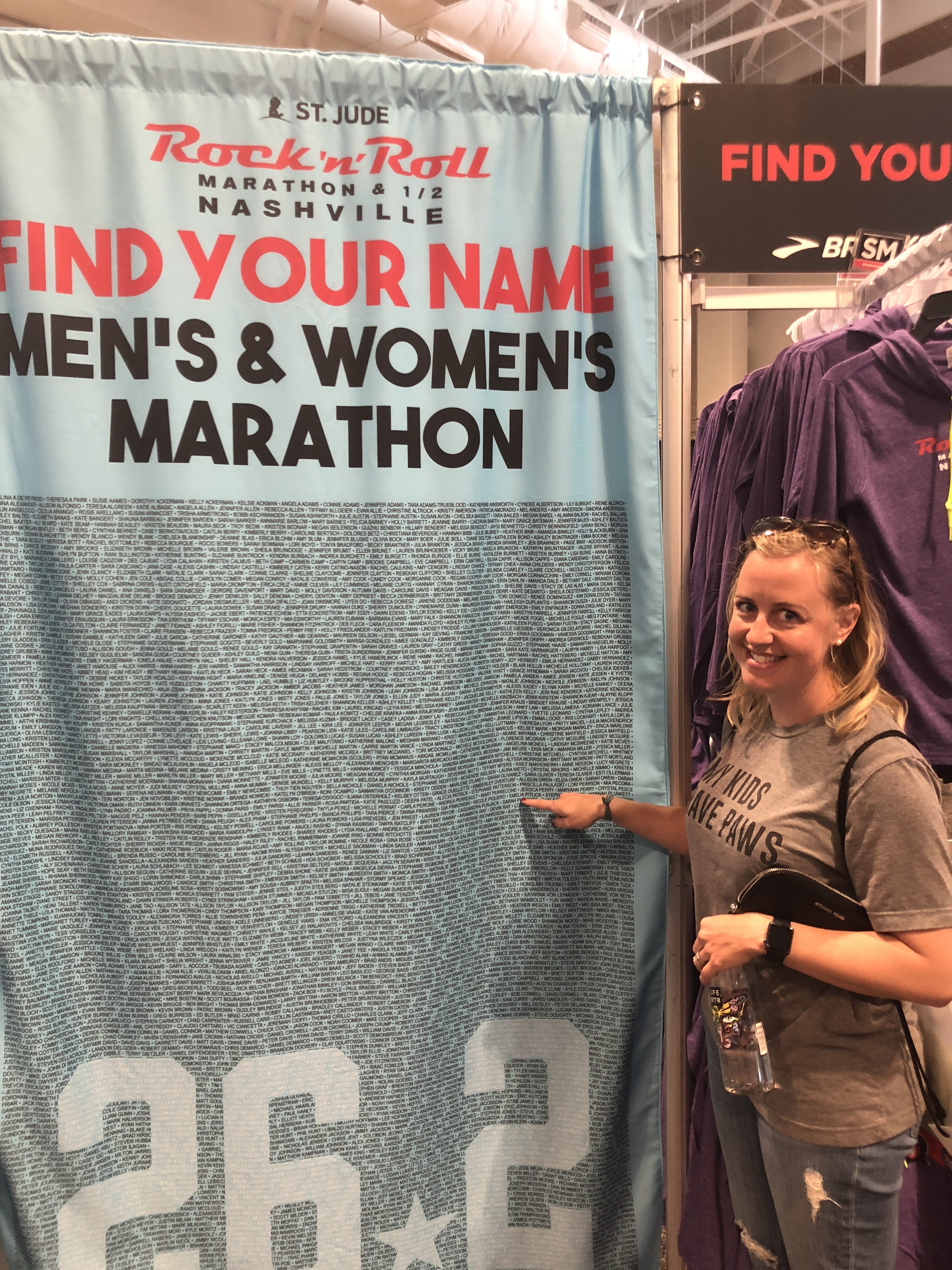 They printed all the names of the marathoners on t-shirts and sweatshirts. Of course I had to find my name and buy a sweatshirt. I refuse to get one of those 26.2 stickers for the back of my car, but I did buy a stemless wine glass with 26.2 on it. 🙂 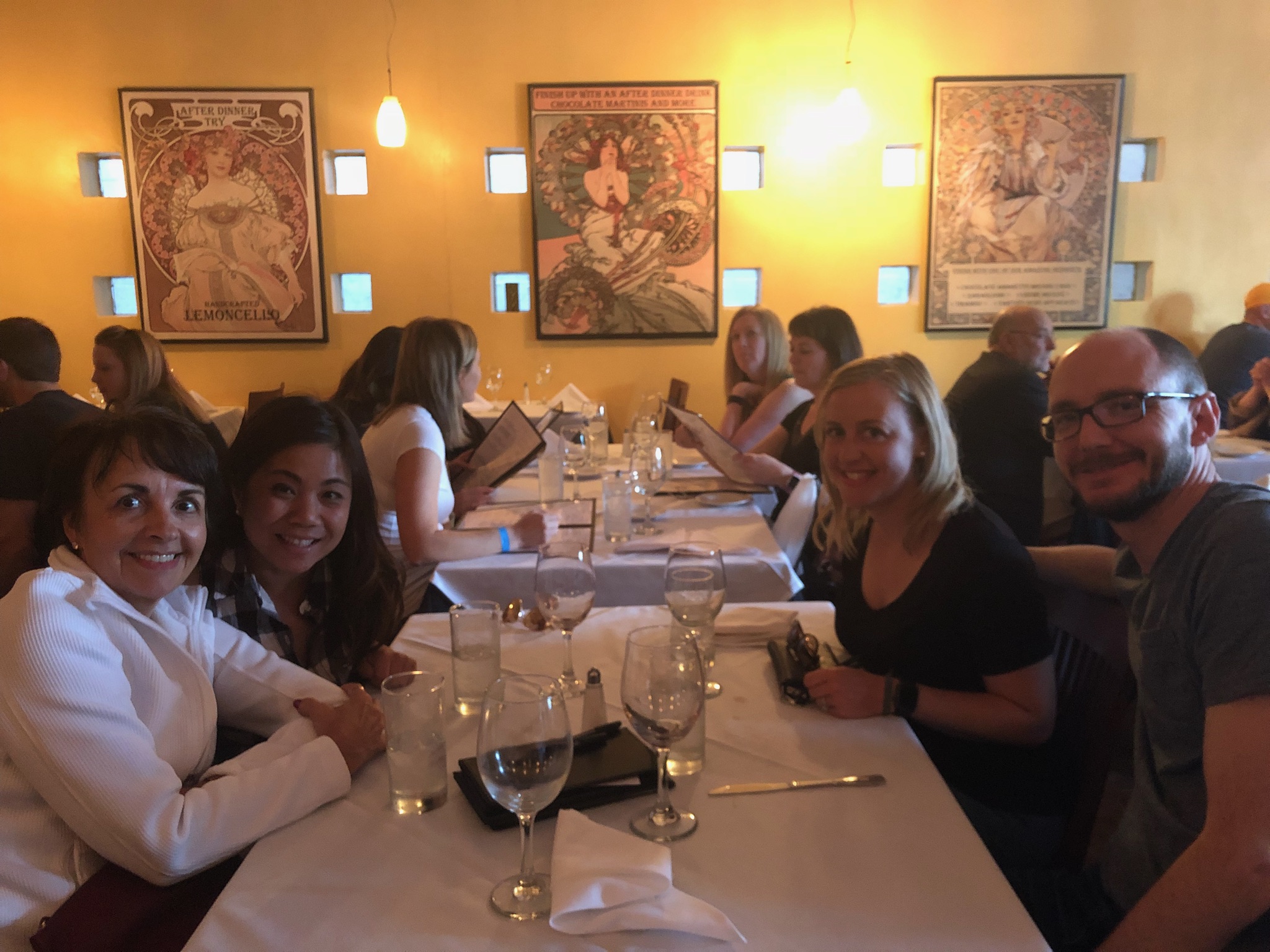 Friday night we set out to find some pasta. I’ve heard the carbo-load-the-night-before isn’t really a thing, but I like pasta. We found a tiny Italian place called Sole Mio on Open Table. The bad: They were mad we showed up a little before our reservations. They said we could sit outside and then later said we couldn’t because the dust from nearby construction. (When we left the outdoor tables were set.) It was the most expensive bland pasta I’ve ever had and they didn’t give us our Open Table points. The good: It filled me up and didn’t upset my stomach. 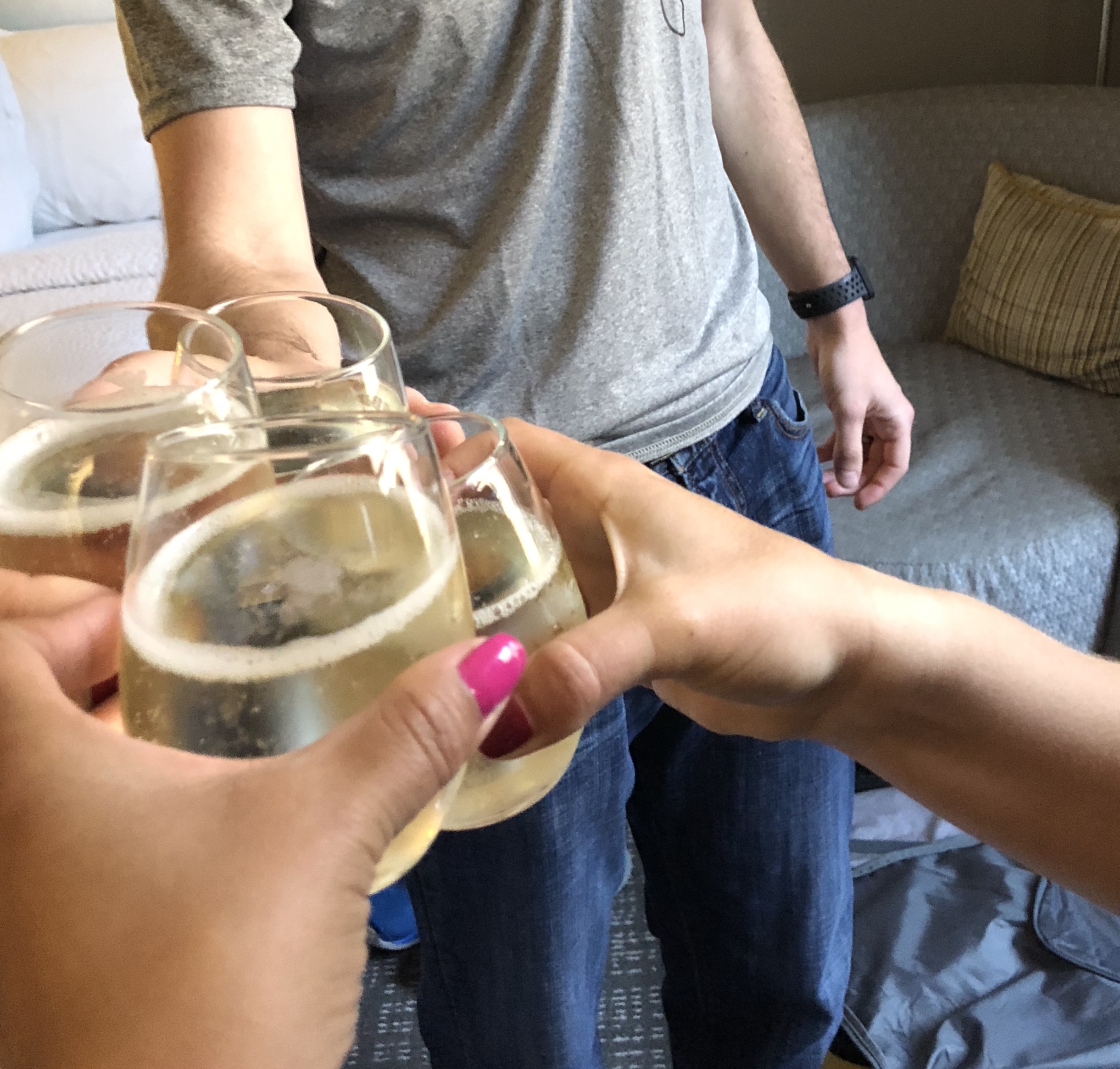 After a slow walk back to the hotel after the marathon, a champagne toast, a long hot shower and a foot massage from Heidi we ventured back into downtown Nashville. 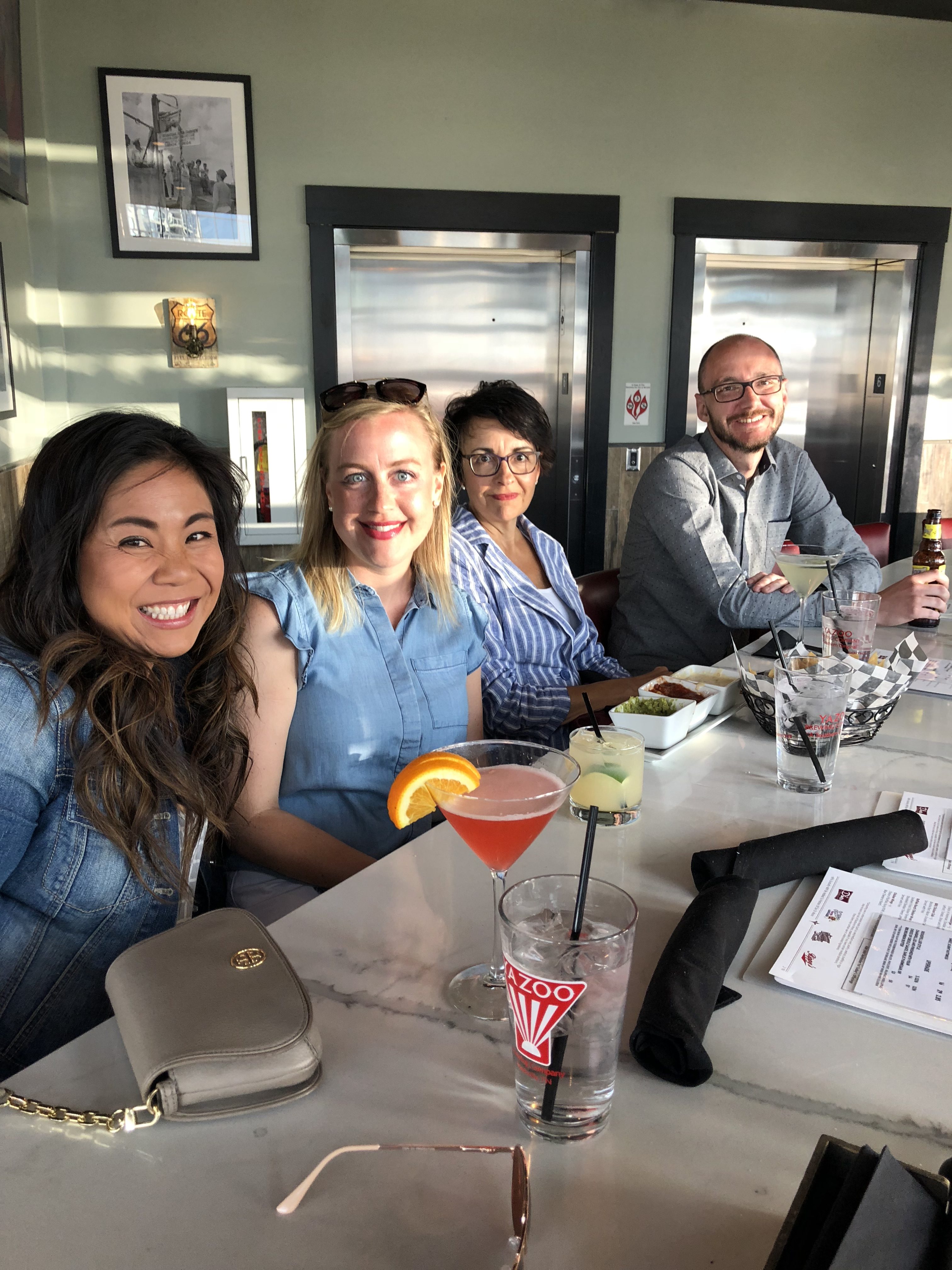 We first stopped at The Diner. We took the elevator (because marathon legs…) to their third floor to their open-air bar for a quick drink. Which almost didn’t come to fruition for my mom because she forgot her ID in the hotel. Then we laughed because she said her cucumber martini tasted like soap water. The very understanding bartender replaced it with a glass of trusted sauvignon blanc. 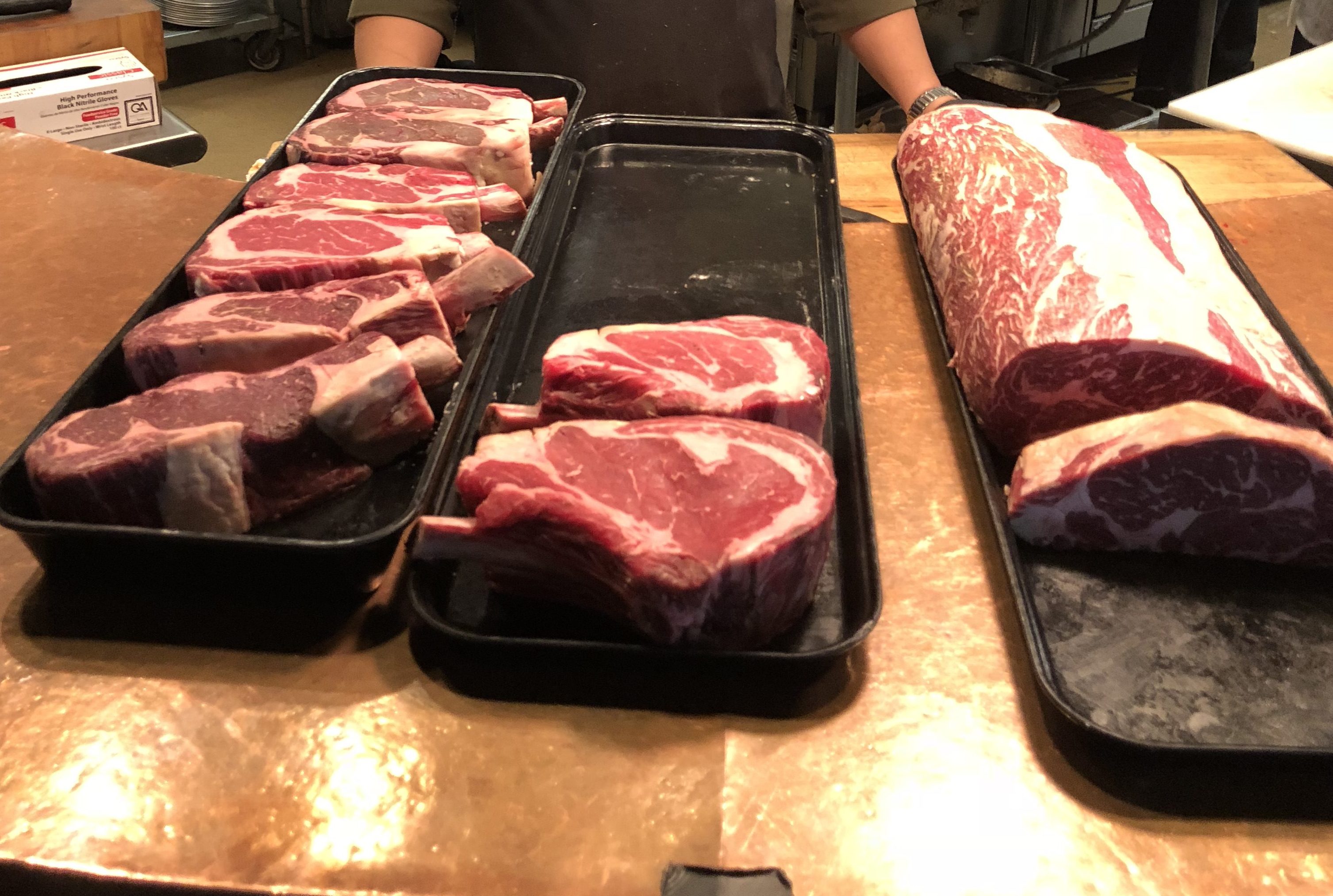 We chose The Diner, because it’s across the street from The Southern. I made early reservations there a few months ago. I wasn’t sure how I’d feel after the marathon and it turns out, I was hungry! Nolan got to select his steak (above), while Heidi and I went with the filet and my mom got the fish & grits. Everything was fantastic! After dinner I was pretty shot but hobbled my way to Printer’s Alley and took in a few live songs at Alley Taps. 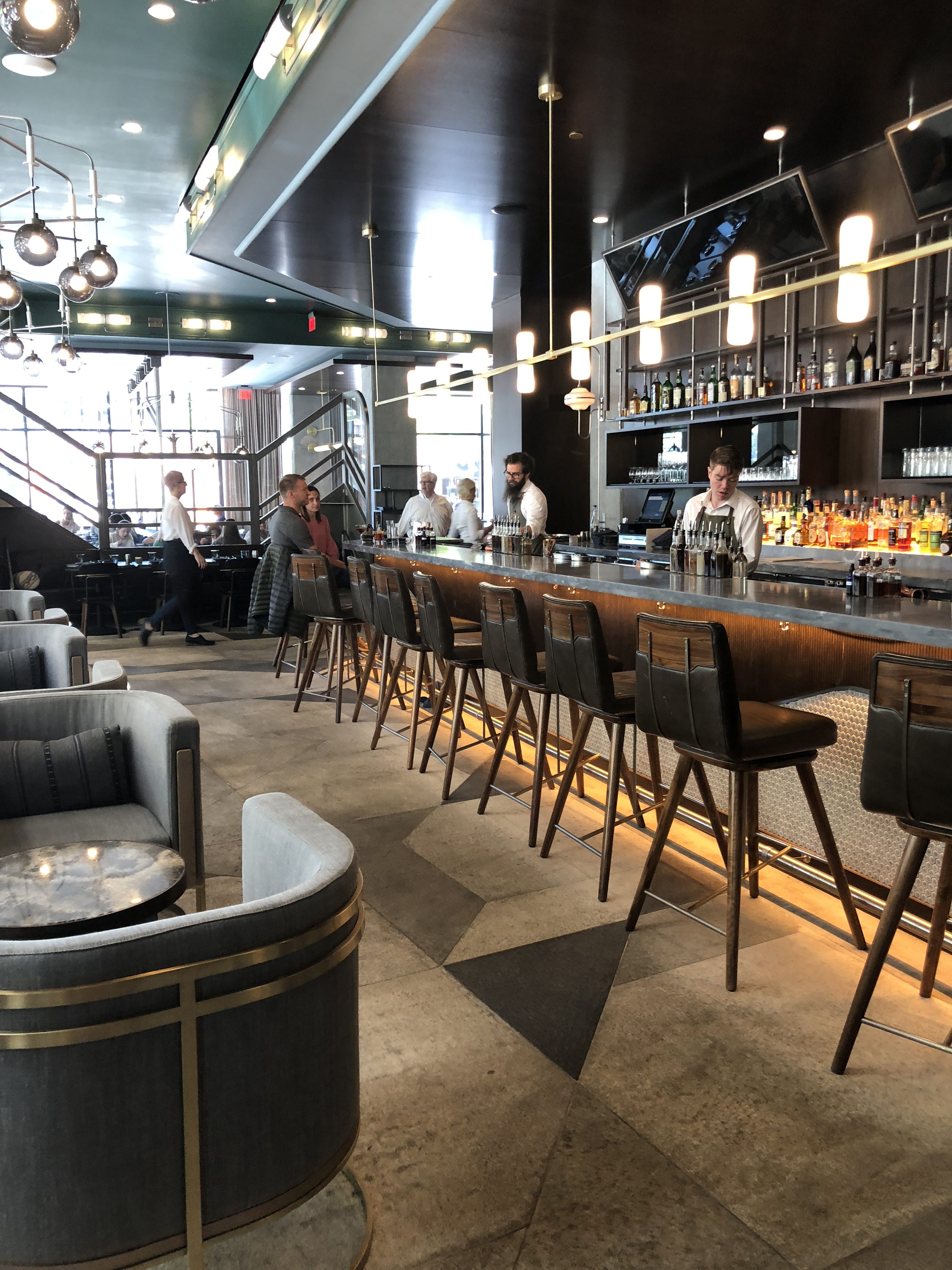 On Sunday we walked to The Gulch and popped into Thompson. It’s a swanky hotel with a really hip-looking bar, but it was 10am. So, we opted for breakfast on the patio. The weekend weather was warm for running, but perfect for walking around and eating outside. 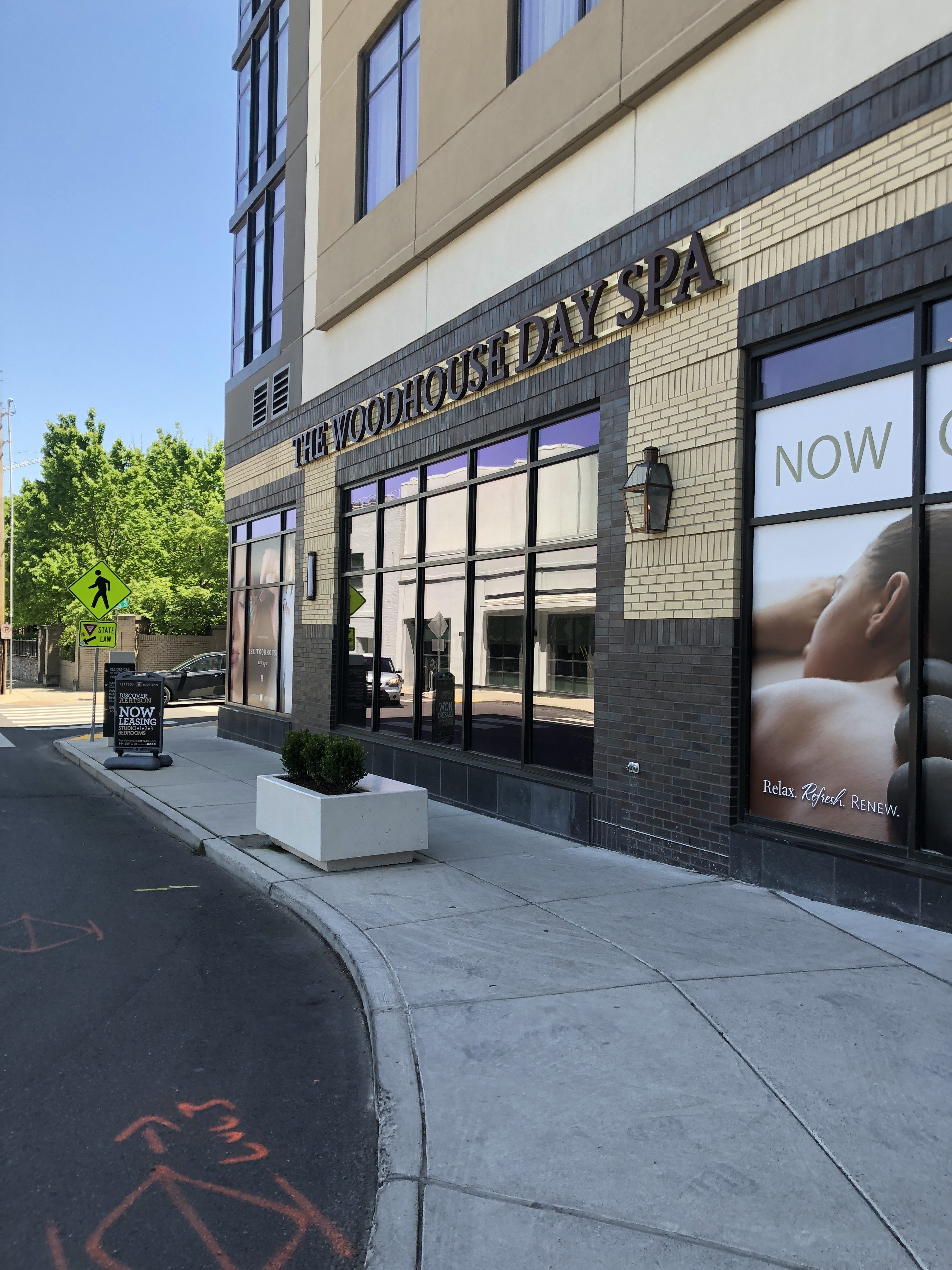 After a little breakfast I got 50-minute massage at The Woodhouse Day Spa. It was good, but considering I wussed out on the marathon and we only had a weekend in Nashville, it wasn’t the best use of time. From there, I met up with everyone at Hopsmith, where we sat outside for a mimosa, or two. 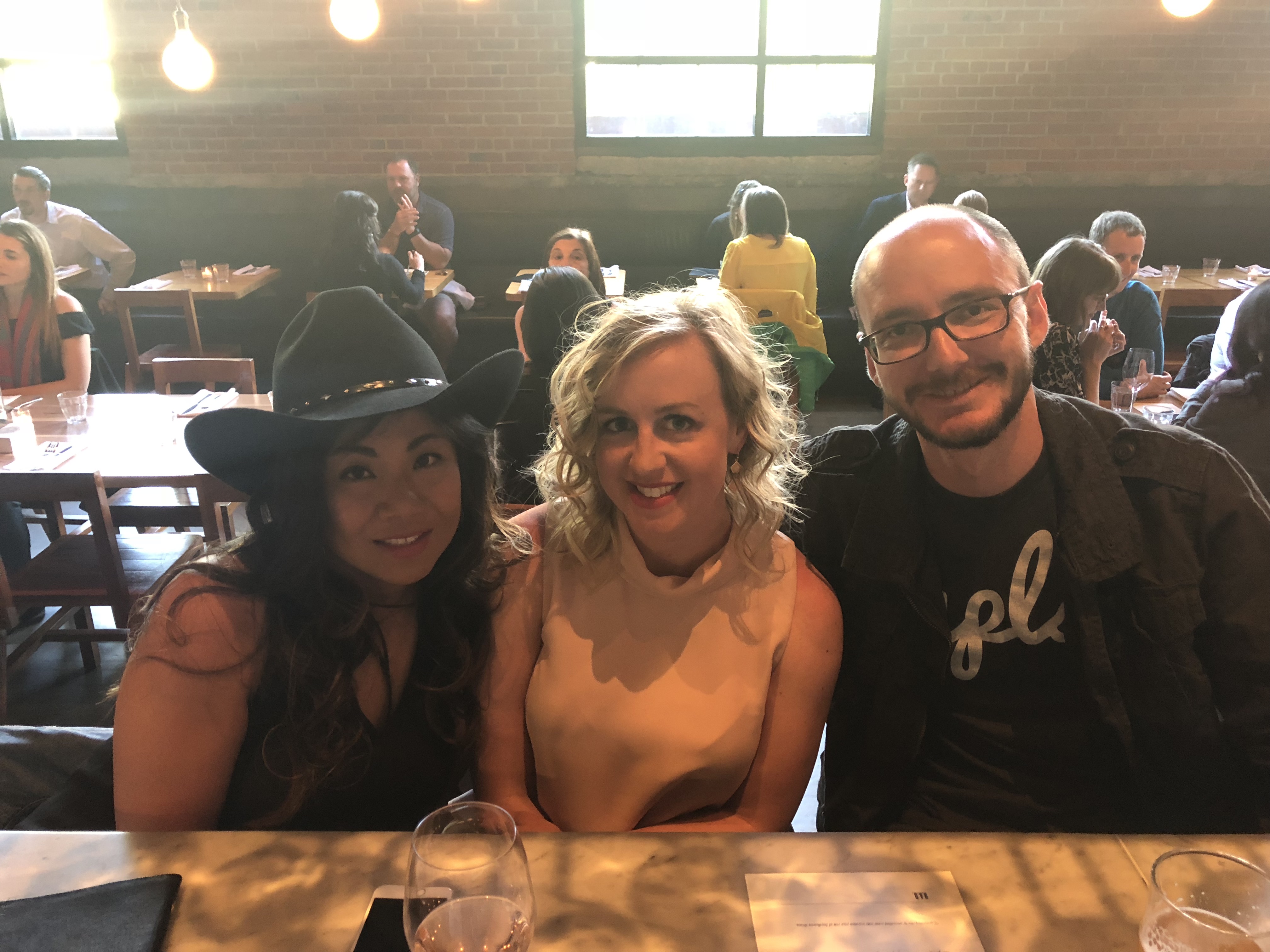 My mom headed home that afternoon and we took a quick siesta. After curling our hair, we headed to Rolf and Daughters for a drink and an app. I had eaten there with my sister and second time around was just as good! I’d highly recommend to anyone going to Nashville. 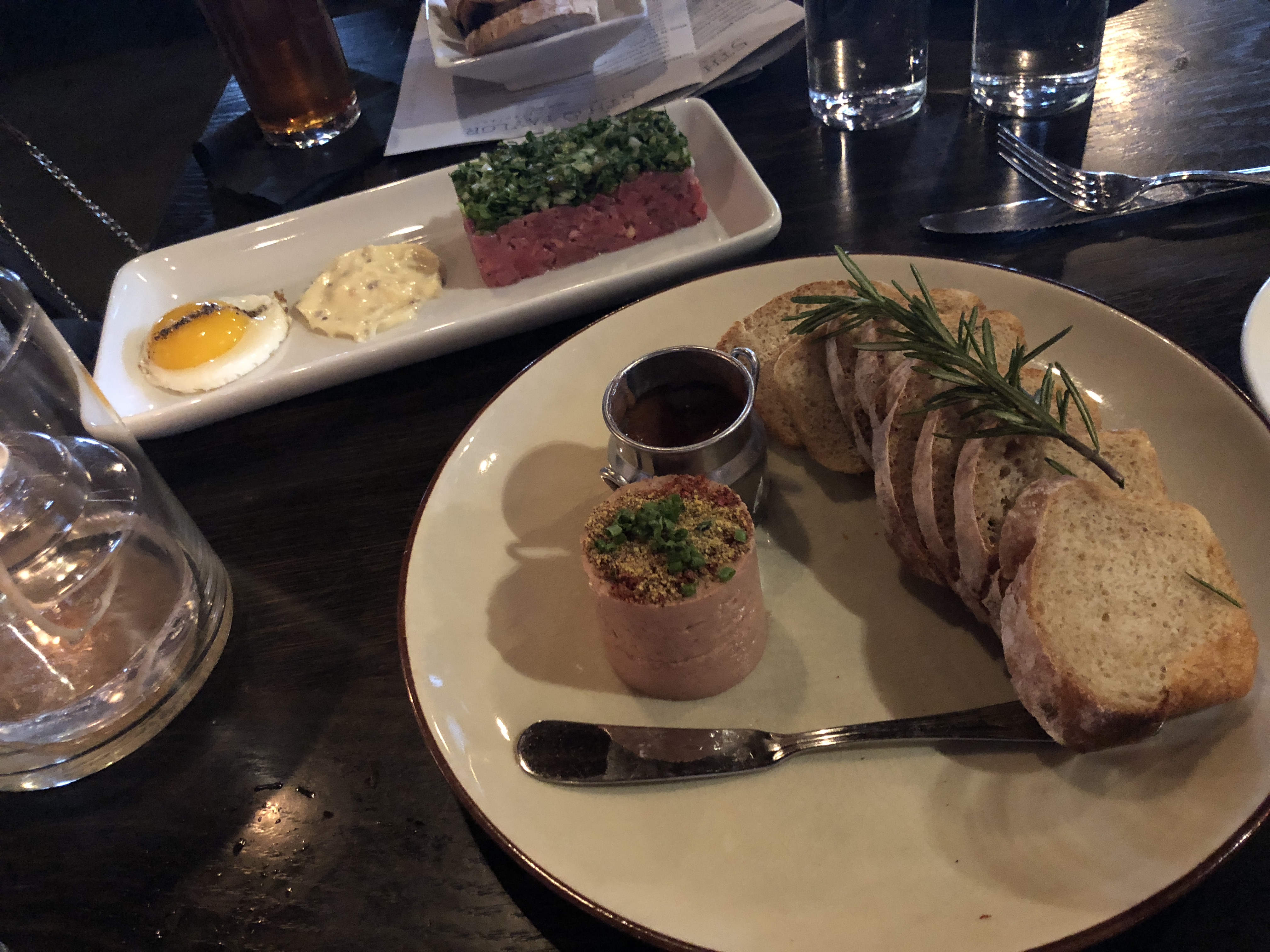 From there we walked to 5th and Taylor for dinner. We over-ordered with two appetizers and three meals. It was very tasty and we left very stuffed. I loved the huge fiddle figs separating the bar from the restaurant. 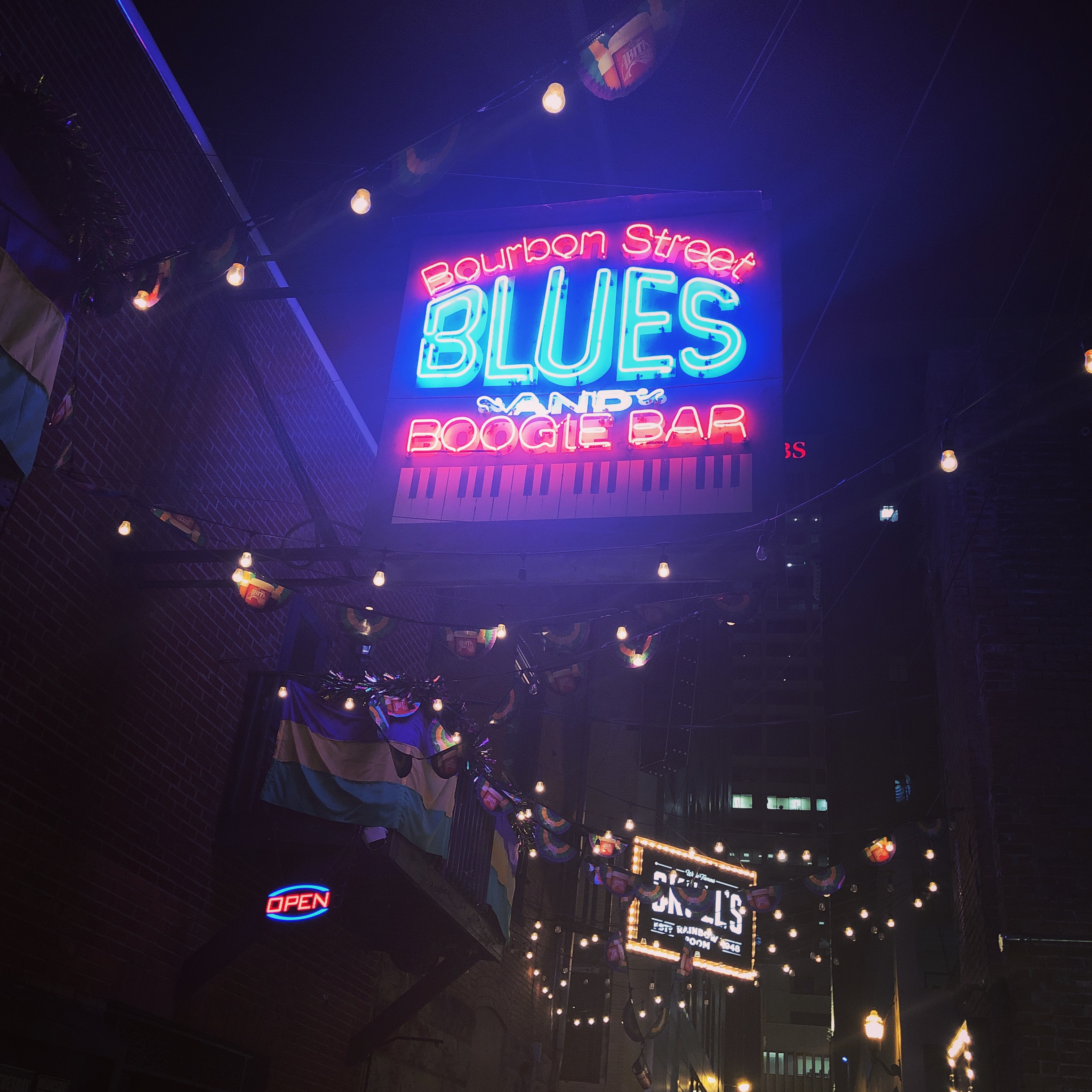 We headed back to Printer’s Alley for live music. This time we tried Bourbon Street Blues & Boogie Bar. We loved all the live music, especially with no cover! But that did come with some interesting crowds. 😉 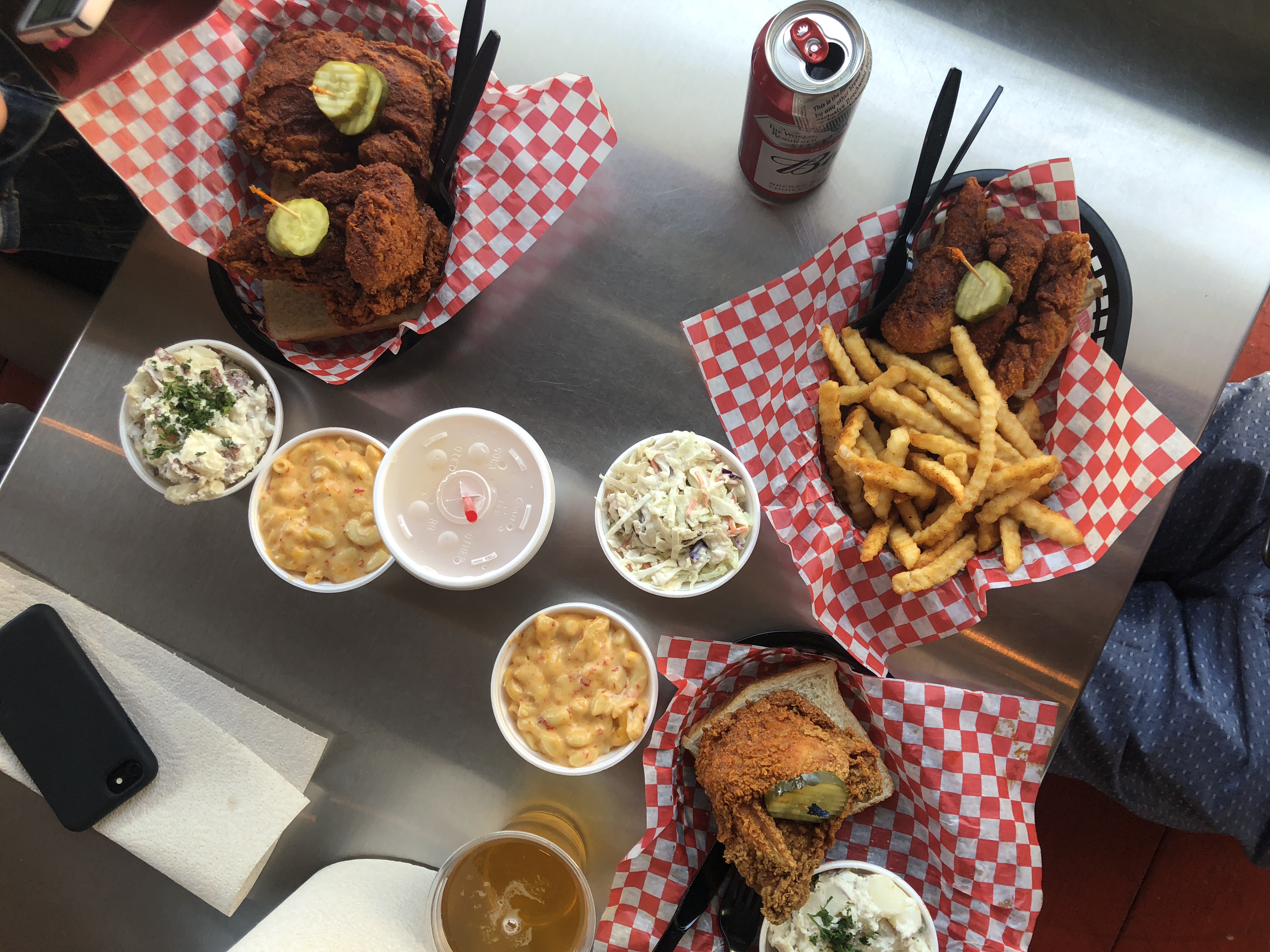 On Monday morning we walked down to Hattie B’s for some southern hot chicken. I had the mild while Nolan and Heidi went with the medium. The mild was perfect for me, I destroyed that chicken! I now know why we had to get there at 10:15am, even though they open at 11am. By the time we left the line wrapped around and down the block. 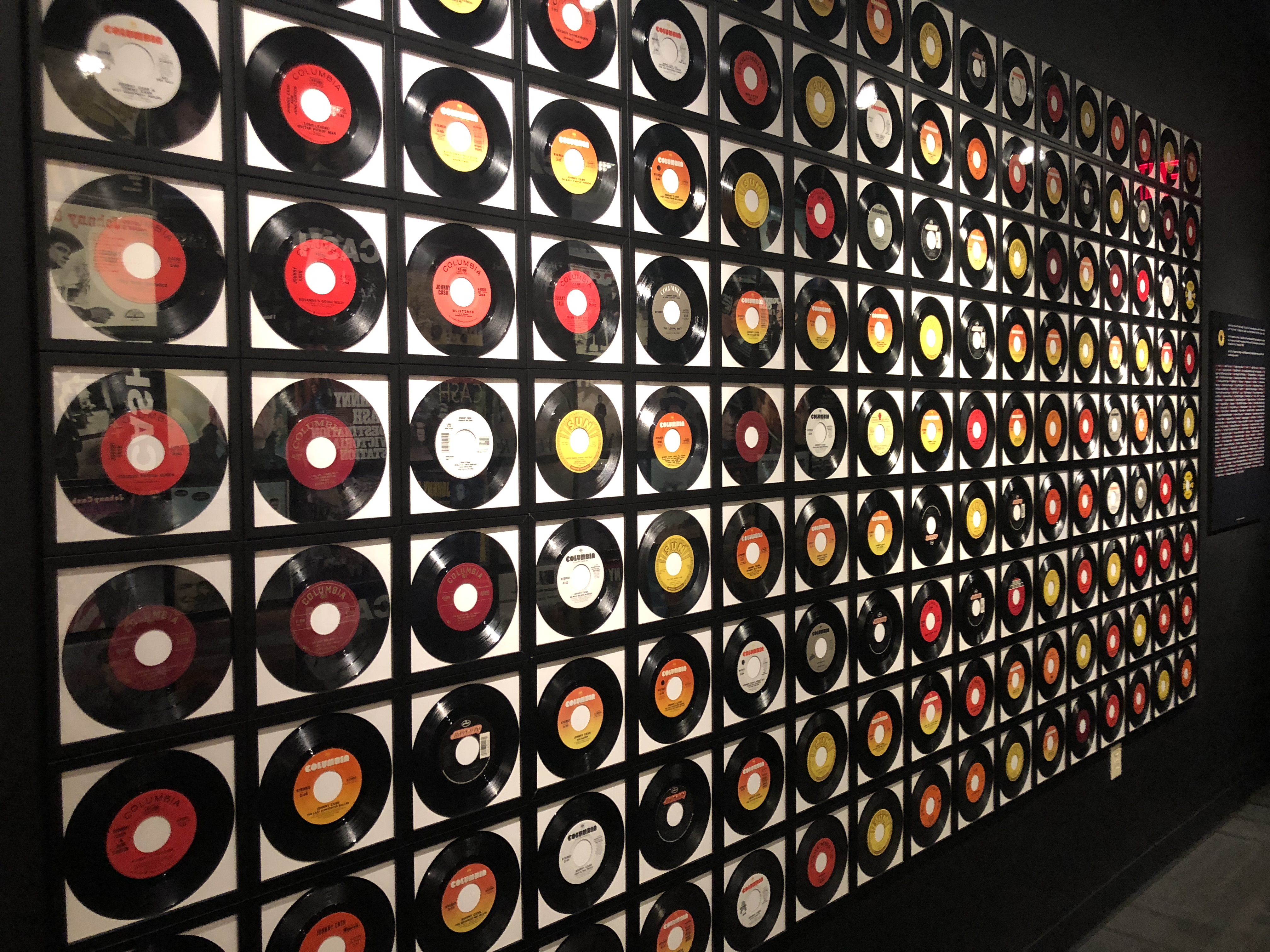 After our huge lunch, we walked (the line) to the Johnny Cash Museum. Nolan probably liked it more than Heidi or me, but it was still pretty interesting. The last thing was his Hurt video, along with items from the music video. Not a real uplifting thing to end the museum, so we headed to the bar. 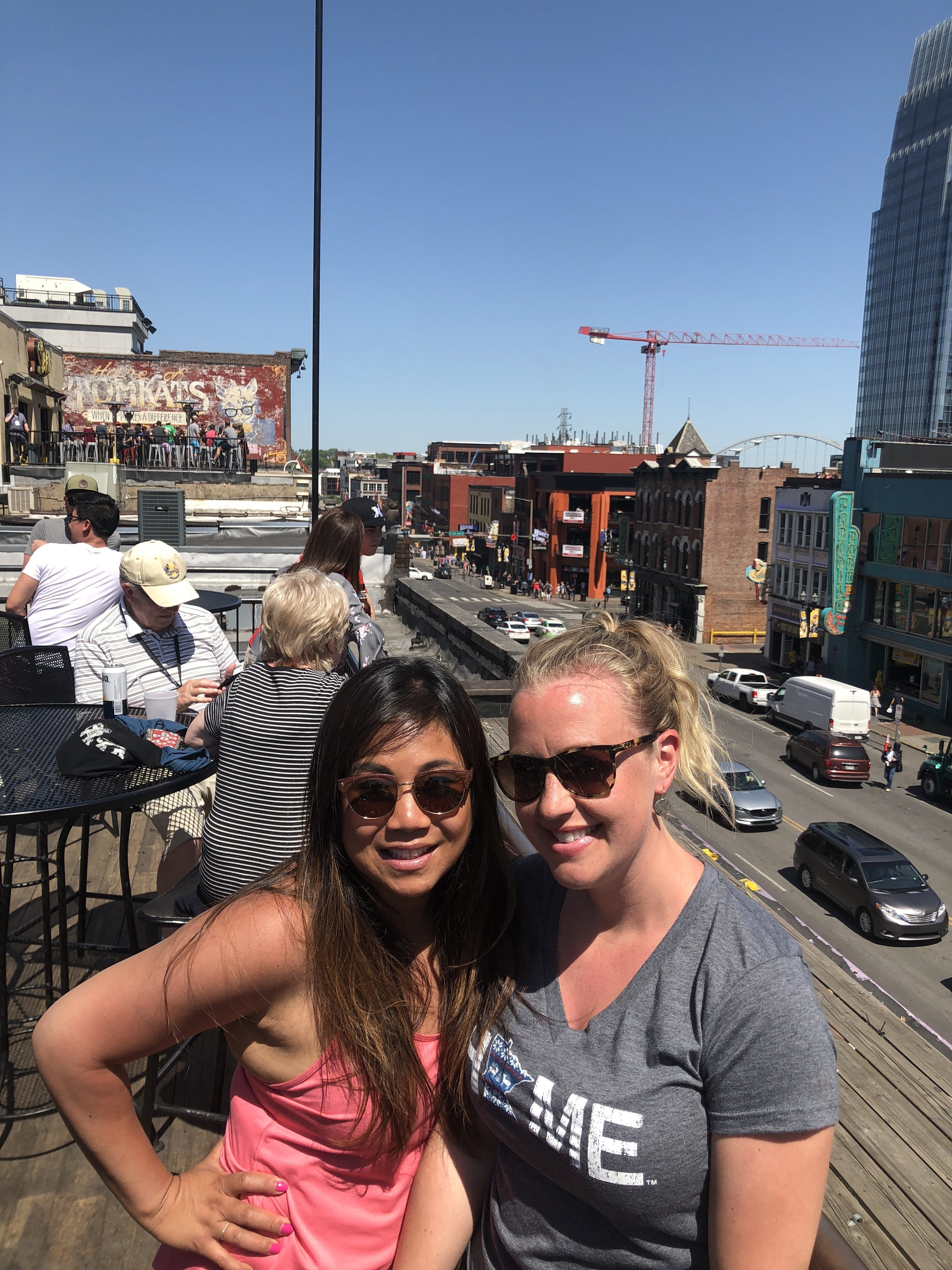 Tootsie’s World Famous Orchid Lounge to be exact. It was so warm and sunny- the perfect condition to sit on a rooftop and watch the craziness that is Broadway. What’s crazy is that two days before I was running a marathon down Broadway. 🙂 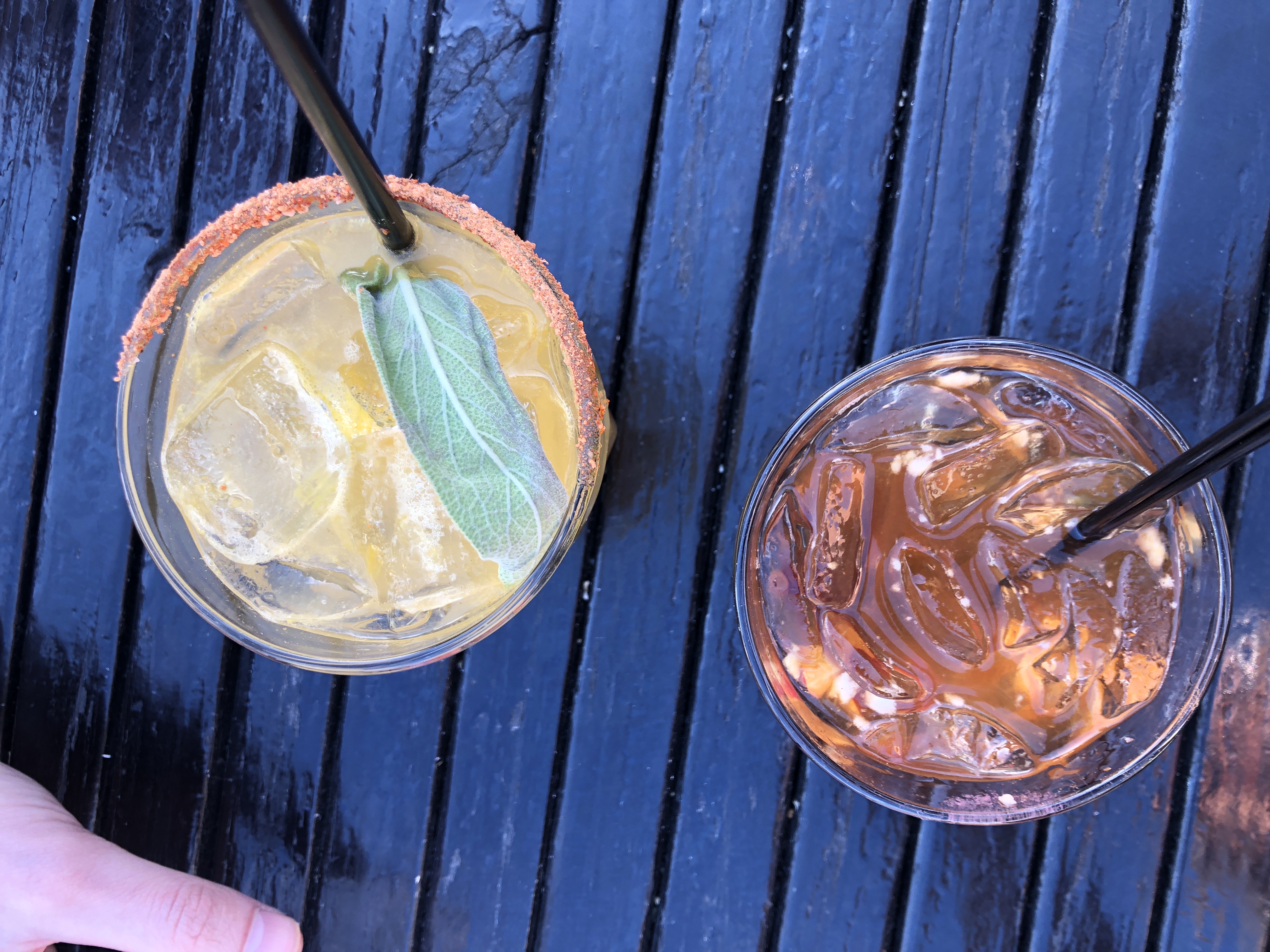 We bid farewell to Heidi, freshened up and walked over to Whiskey Kitchen. Of course we sat outside and soaked in some more sun! It probably seems like we spent the weekend in Nashville drinking, but remember I ran a marathon and we were on vacation. 😉 We then walked to Burger Republic for a casual dinner. The Burger 96 is where it’s at! It was so nice out that we popped over to Gertie’s Bar in The 404 Kitchen. I wasn’t able to get reservations there, so I settled for a peek into the bar.

Can you tell how much we enjoyed our weekend in Nashville?