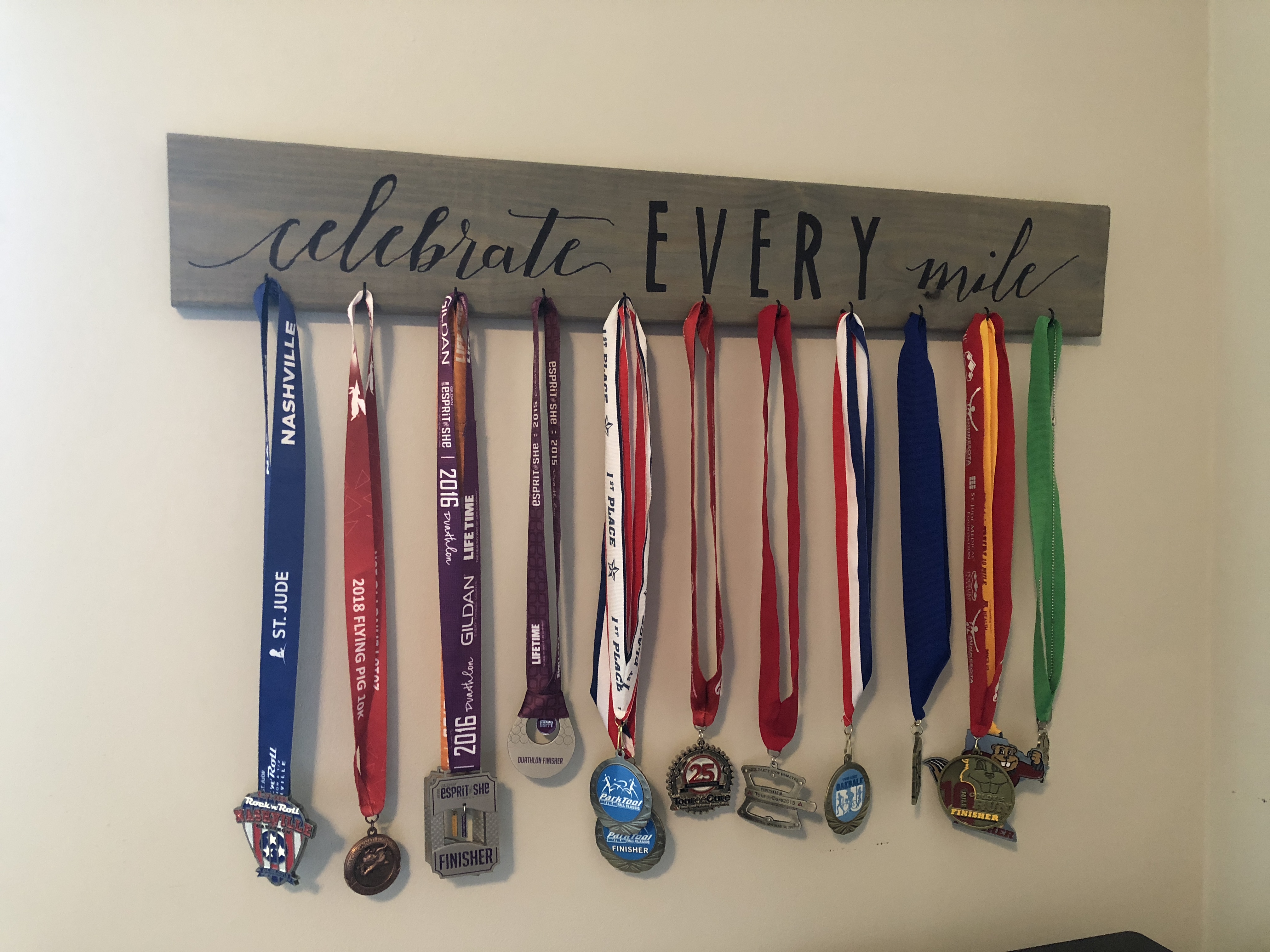 Completing a race, no matter what the mileage, is an always an accomplishment! I hear  and say “it was just [insert miles]” way too often! Why don’t we give ourselves more credit? That’s why when I started researching medal holders, I landed on the “Celebrate Every Mile” motto. 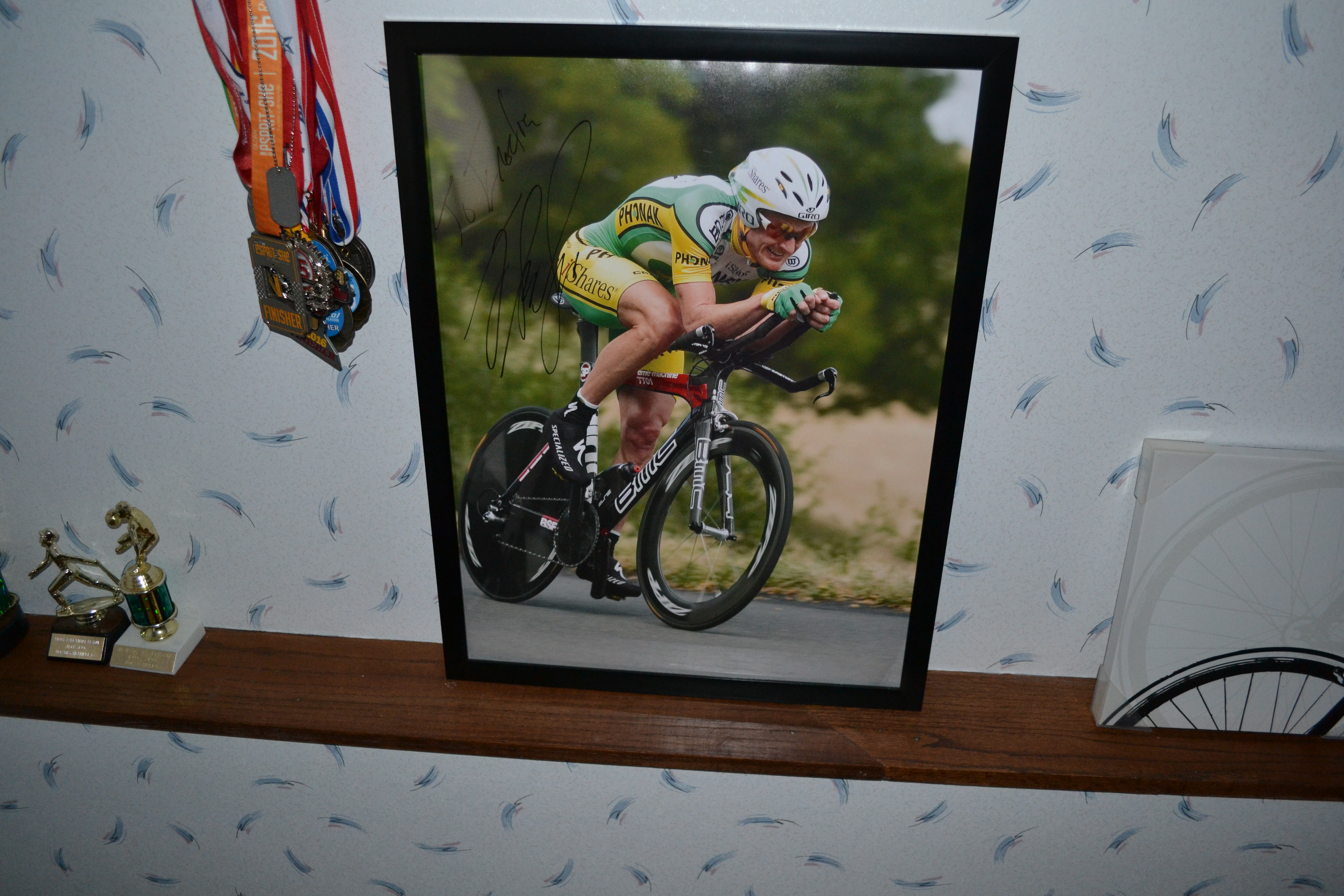 In our Shoreview house my medals were hung on a random nail in the wall  in our workout room. There are a few random medals from our childhood days and ones from more recent races, like Goldy’s Run and the Esprit de She Dualthlon.

In Cincinnati, they ended up in a pile on our old coffee table in the basement. We got the TV and trainer set up but nothing had been hung on the walls. Admittedly, Nolan used the trainer more than me over the winter, but when I did, I always thought about getting a better way to display medals. 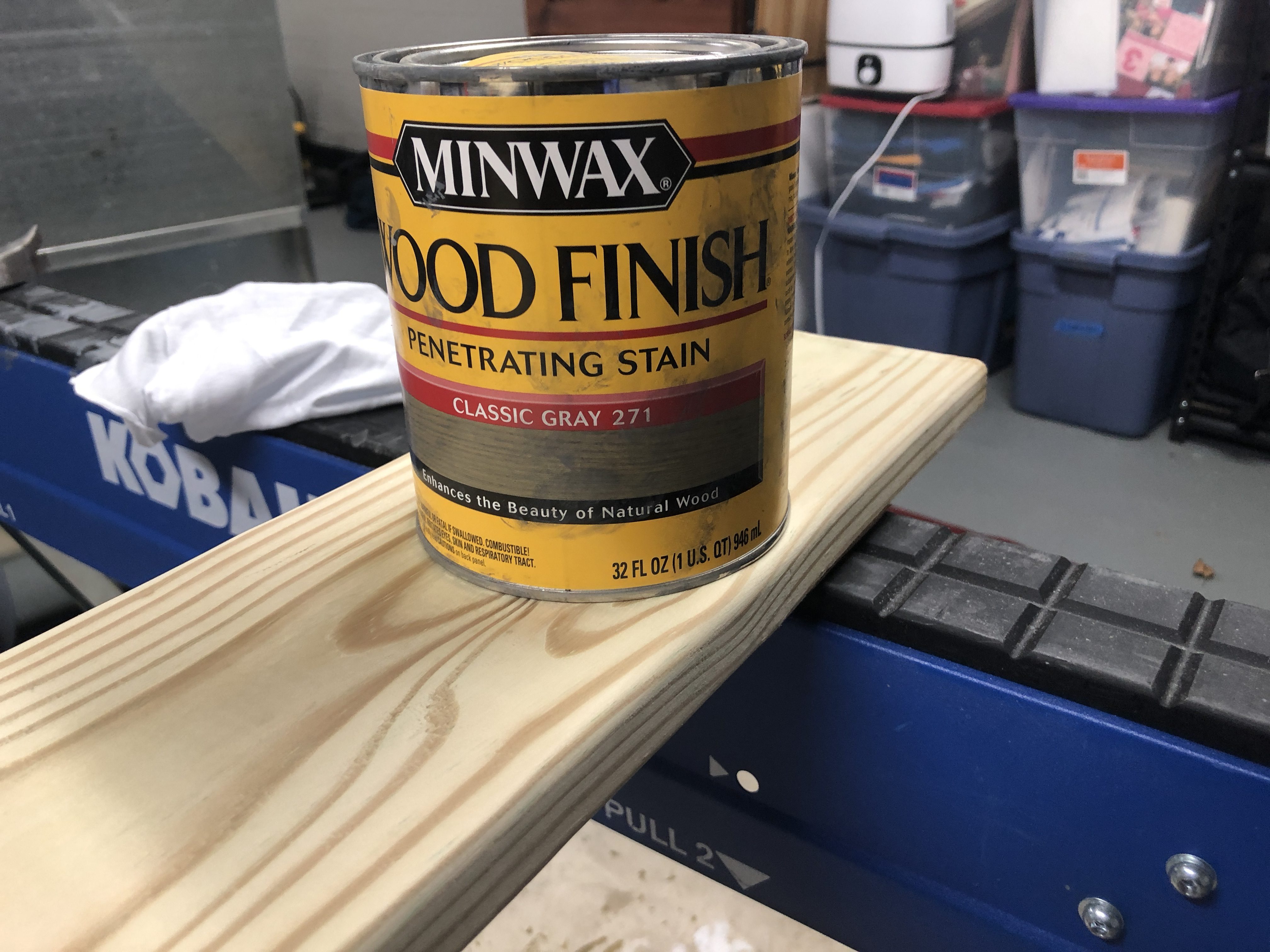 About 6 months ago Nolan and I went to Home Depot and we got a piece of decking and the black hooks. He cut it down to 36″- for no reason other than it looked good. I sanded it down and used the same Minwax Classic gray stain as he used on the blanket ladder. 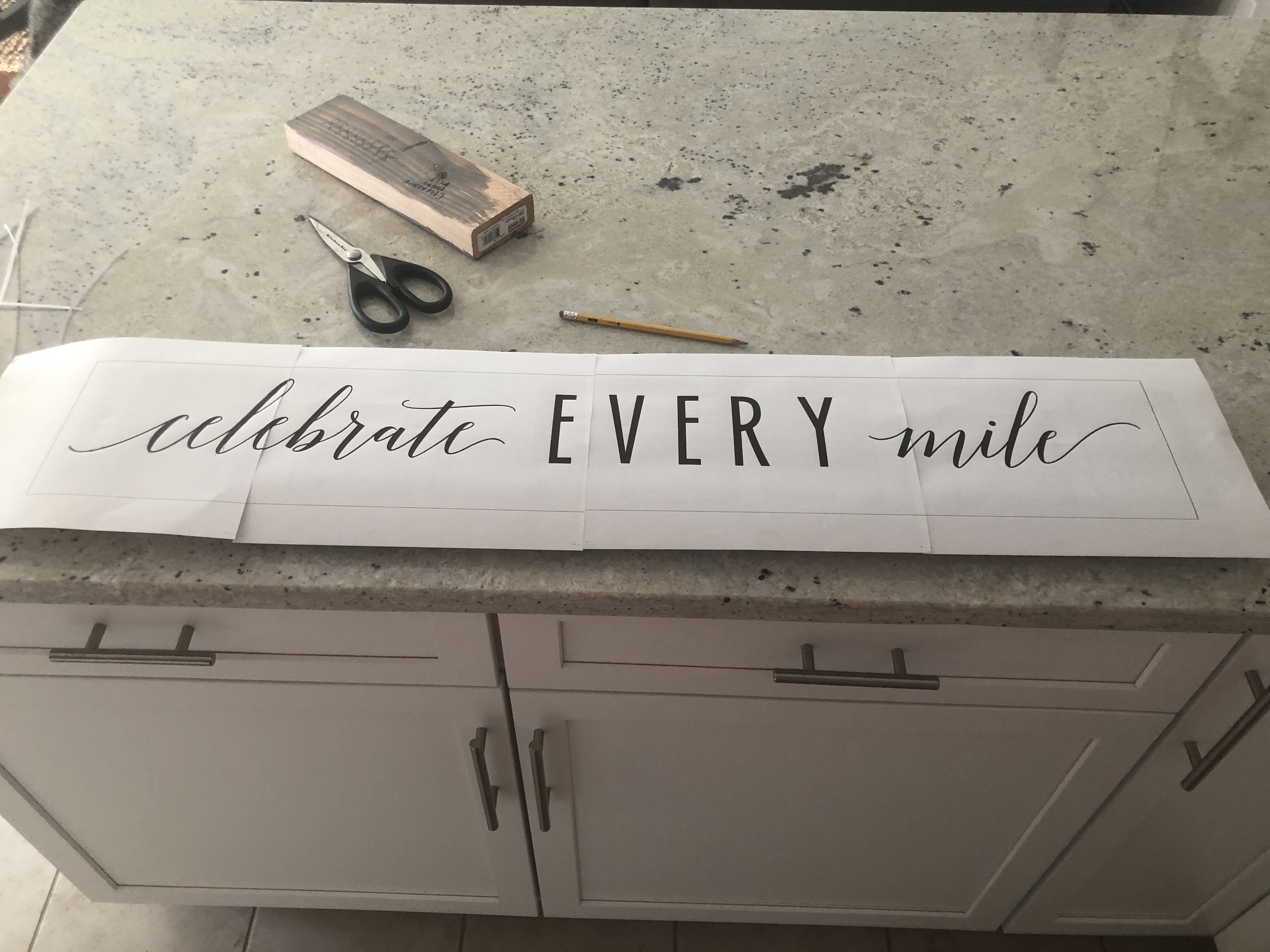 Just like my Be Our Guest sign, my friend Bria helped me with the words. Instead of paint though, I decided to use a sharpie to do the lettering. First, I tested if the sharpie would look ok on top of stain. 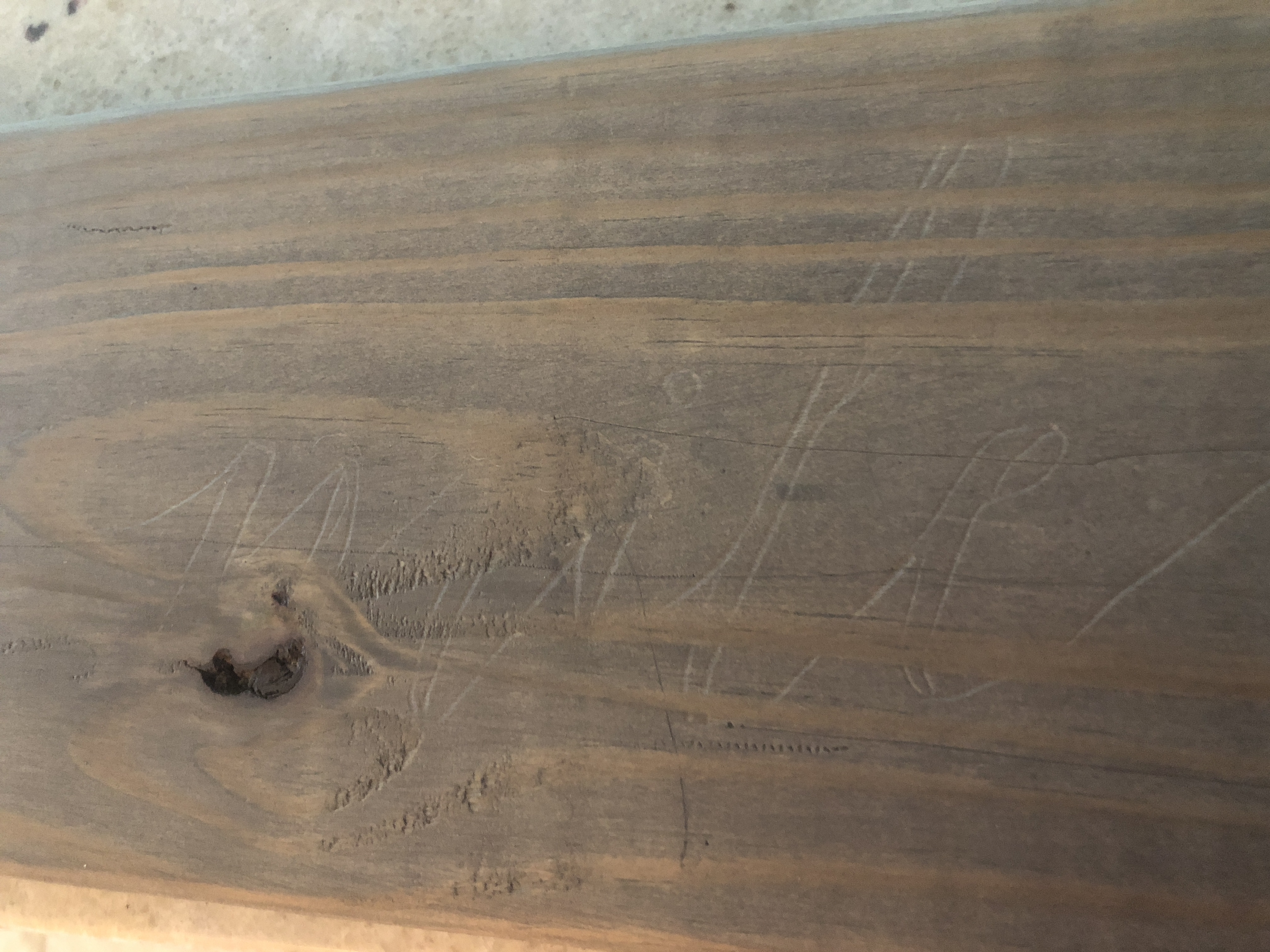 Cutting out the letters was such a pain, so this time I just used a pencil and pressed down hard on the wood. It left just enough of a groove for me to follow, but nothing too deep to be noticeable. This method was SO much easier! 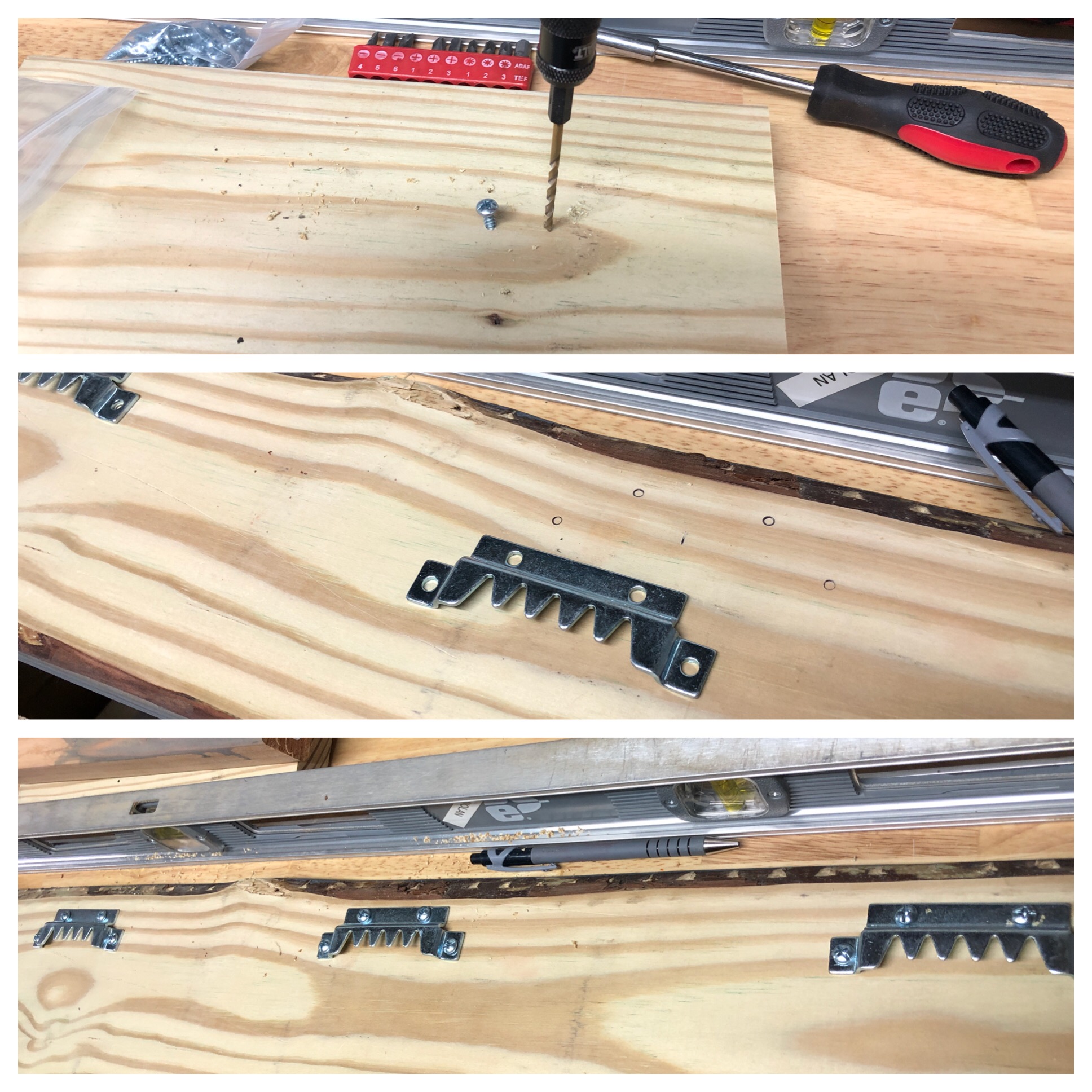 After the lettering was done Nolan attached the black hooks. Afraid that the weight of the medals would rip it off the wall, I went WAY overboard with these heavy duty sawtooth hangers. My arm got sore from drilling all 12 holes and then drilling all 12 screws. I used a level to make sure they were on the board straight. 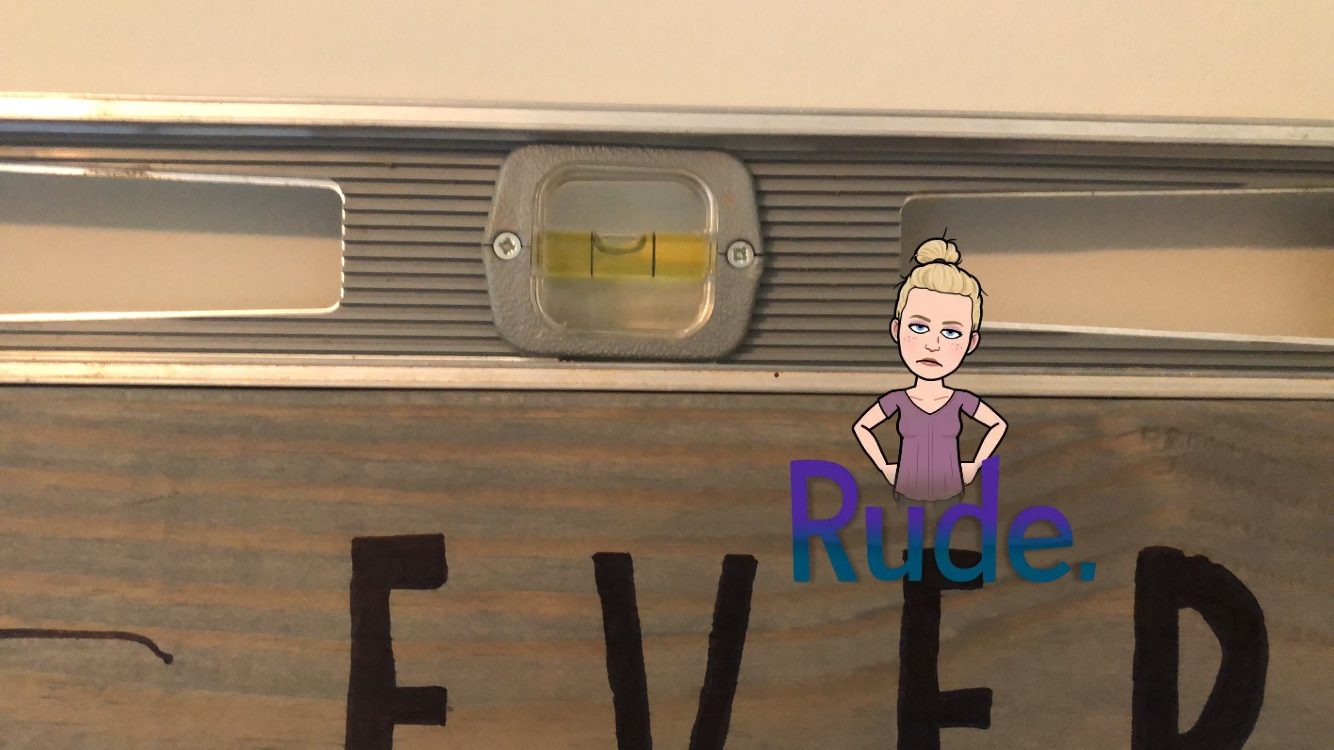 Then I got hit by the struggle bus. The wall I hung it on in our office is plaster. I broke several wall anchors trying to pound them into the wall. I took a break, came back just to crack another one. Then, when I finally got all three in and hung the thing wasn’t level. Rude, right? 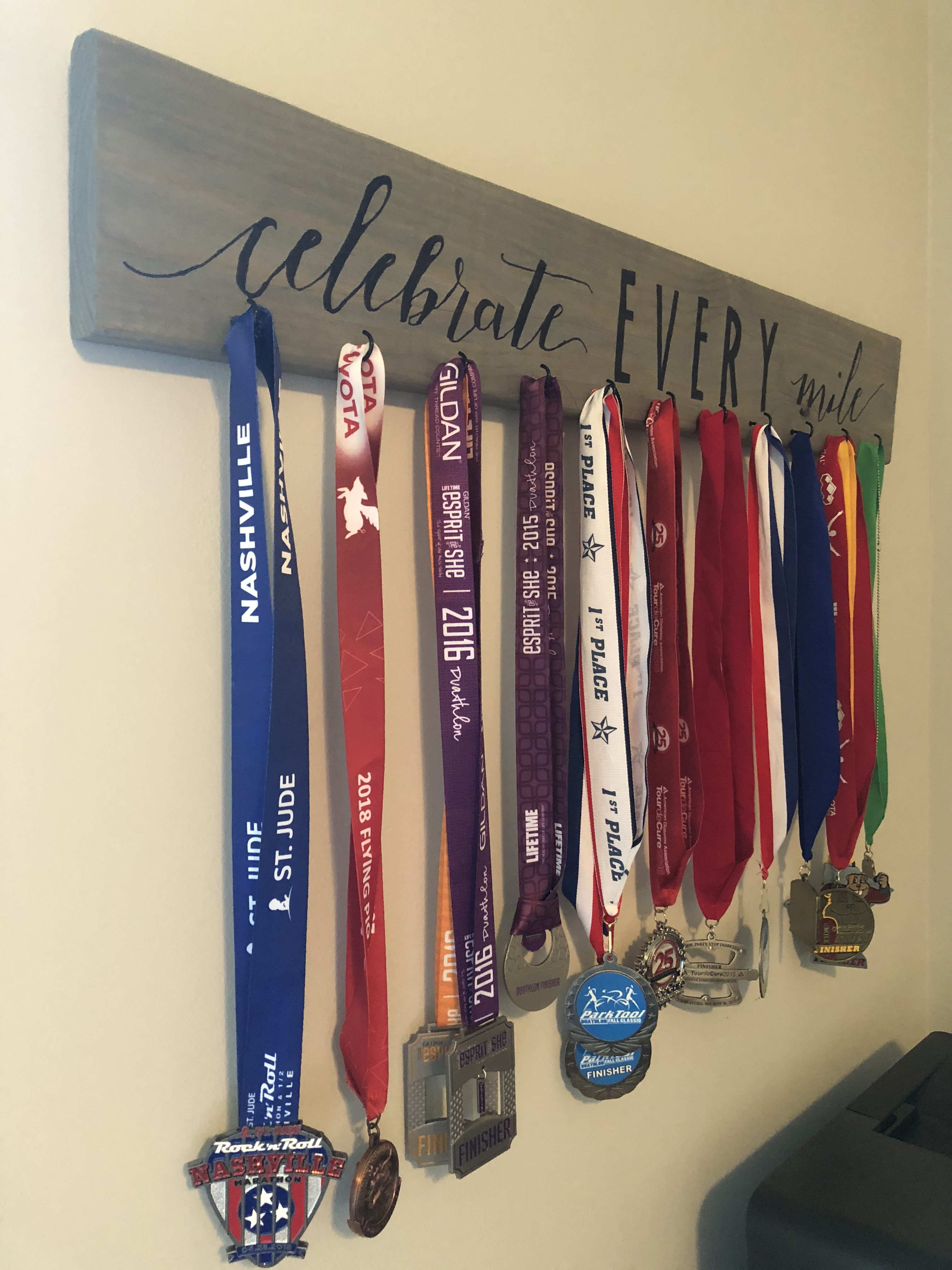 I reminisced about all the races I’ve completed while hanging all the medals. They are somewhat in order, including Nashville Marathon, Flying Pig 10K, Esprit de She Duathlon, Esprit de She 5K, Park Tool Duathlons, a few Tour de Cures, Gopher to Badger Half Marathon, Goldy’s Run and a few other random races. Hopefully I’ll have another one from the Indianapolis Monumental Marathon this November!

Making herself at home in our new home. #nationalp