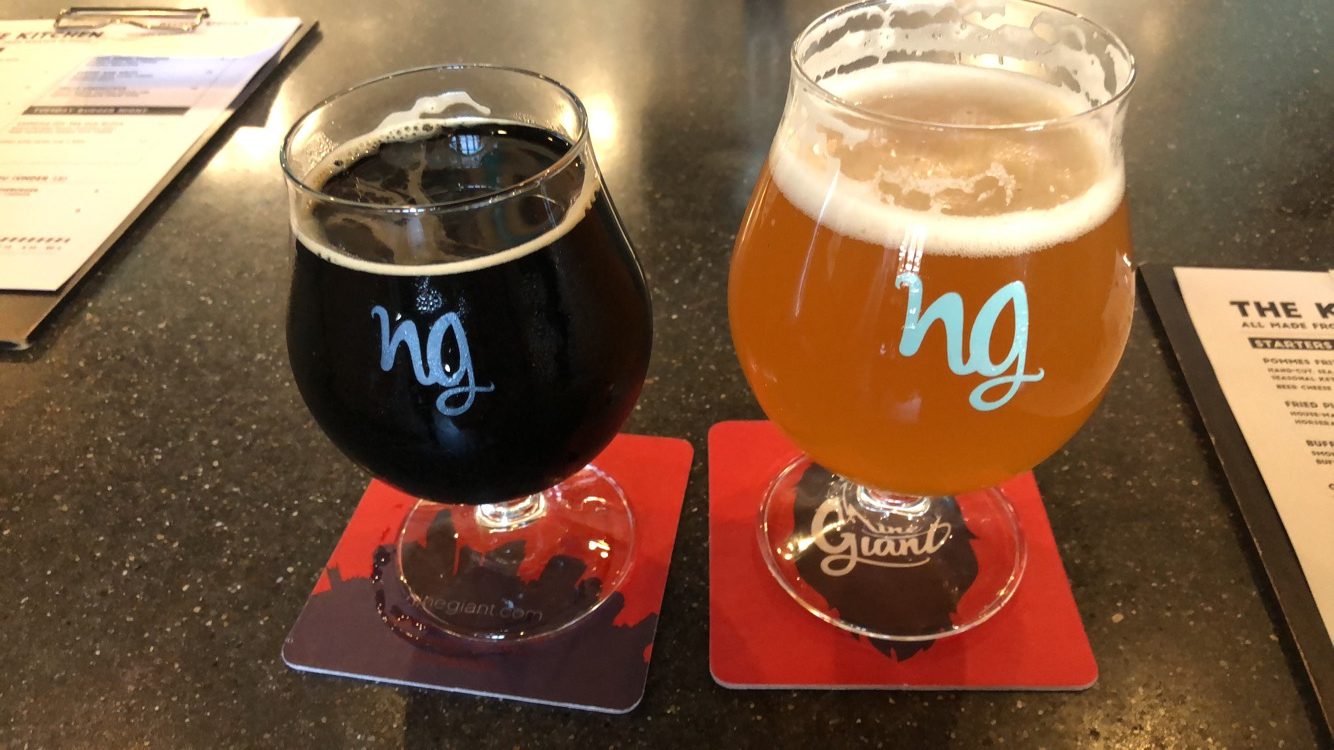 July was a busy, hot month! Now, let’s cheers to it being my birthday month! 😉 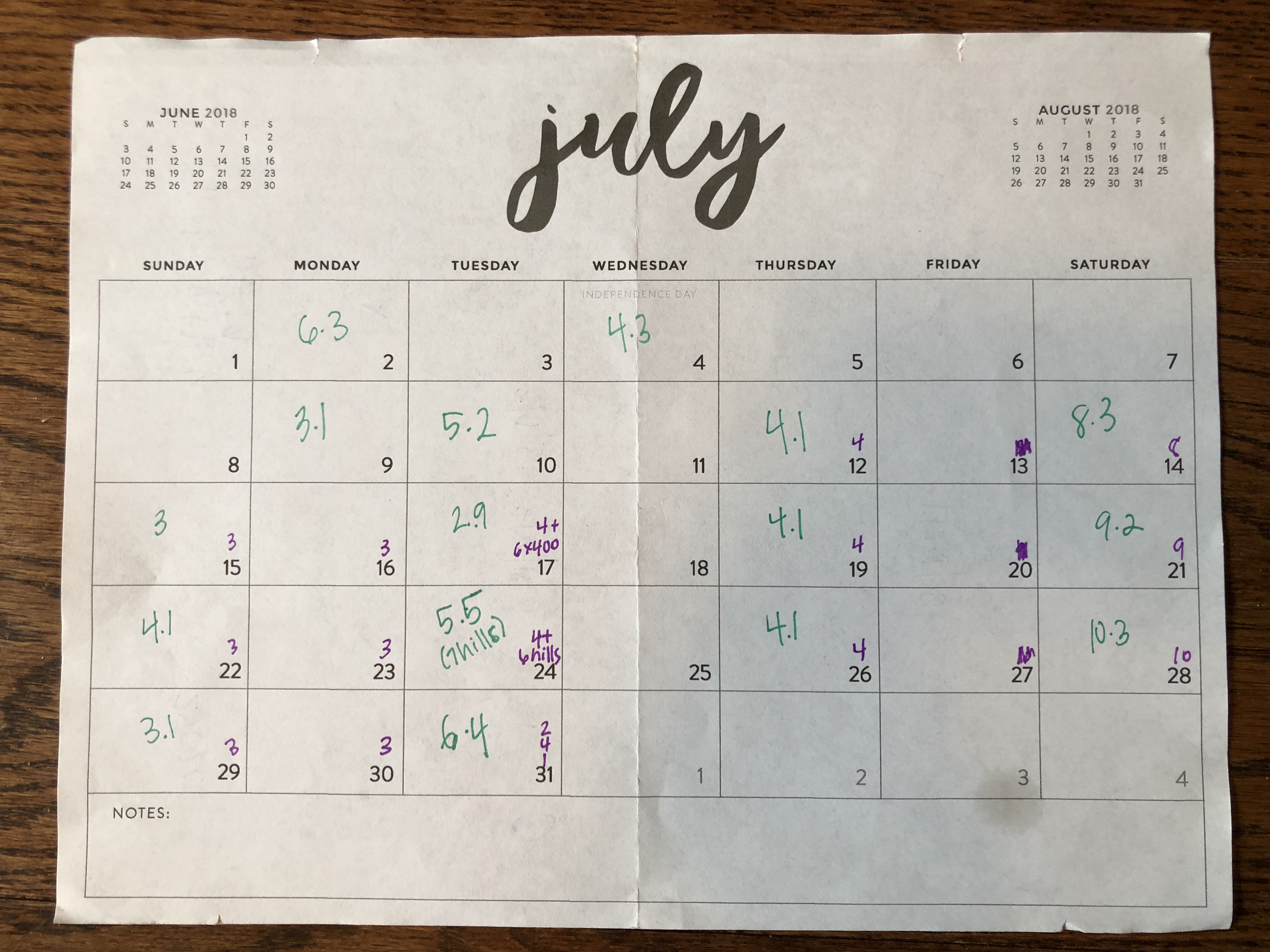 As you know, I’m training for the Indianapolis Marathon in November, so my running mileage has increased since April. The training has been going well, I really enjoy running with a group and doing different runs. Saturday runs are long and slow, but during the week we do tempo, hills or intervals. Oddly enough, I don’t dread the hills as much as the intervals. 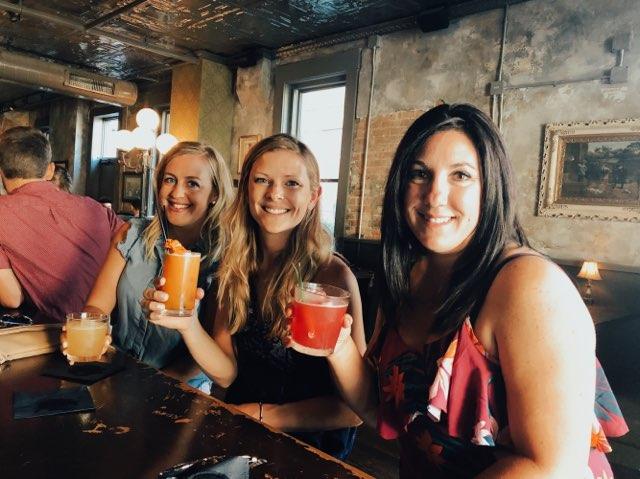 The first visitors in July were my dear friends Kelsey and Dena. We met several years ago when we all worked for the same company. We’ve all moved on now but have remained close friends. We had a wonderful weekend and we’re already scheming our next get together. 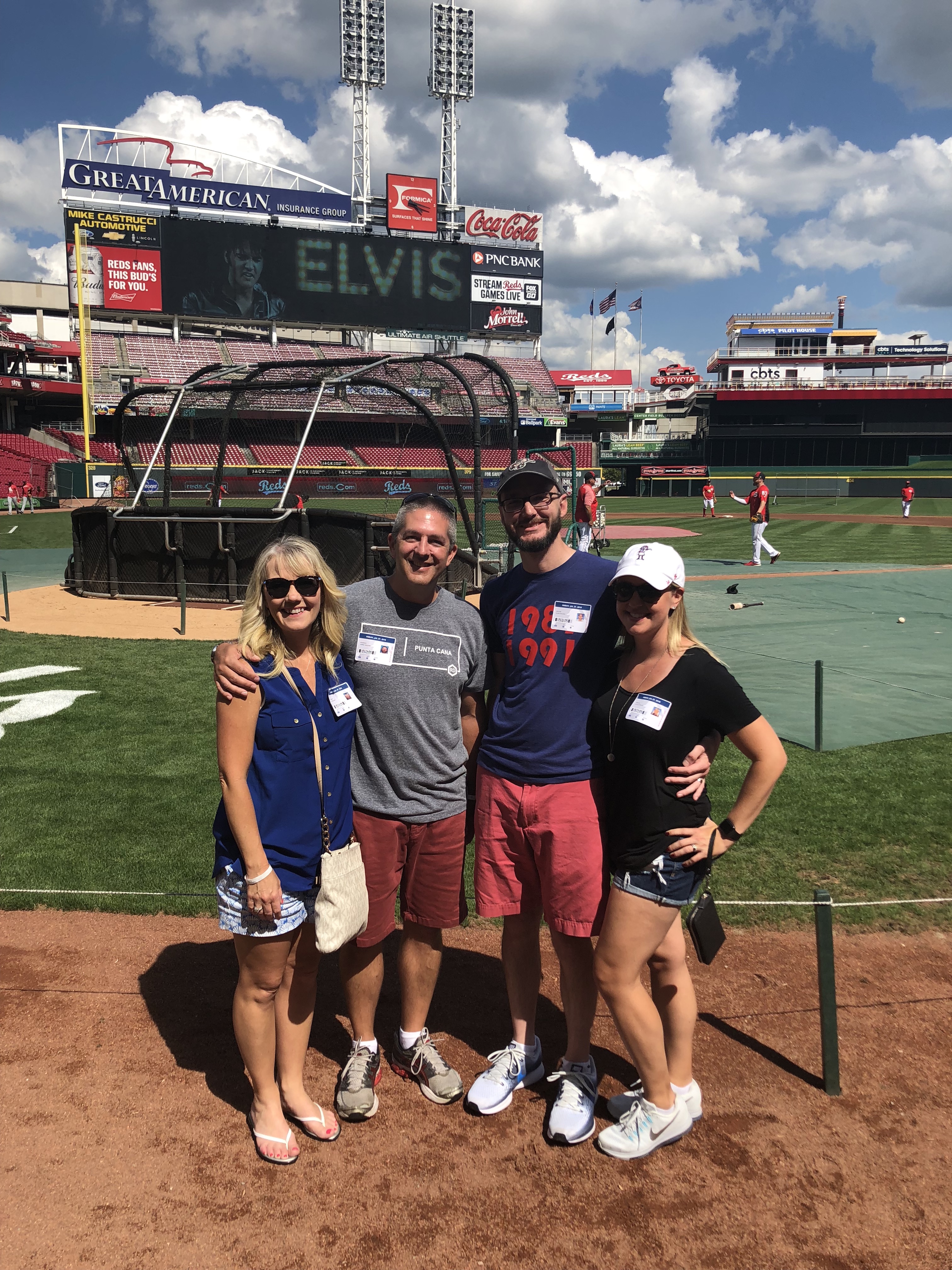 Our second visitors were Nolan’s aunt and uncle, Dawn and Andy. We had a ton of fun surprising them with not just Handlebar Club tickets to the Reds game, but also field passes to watch batting practice. 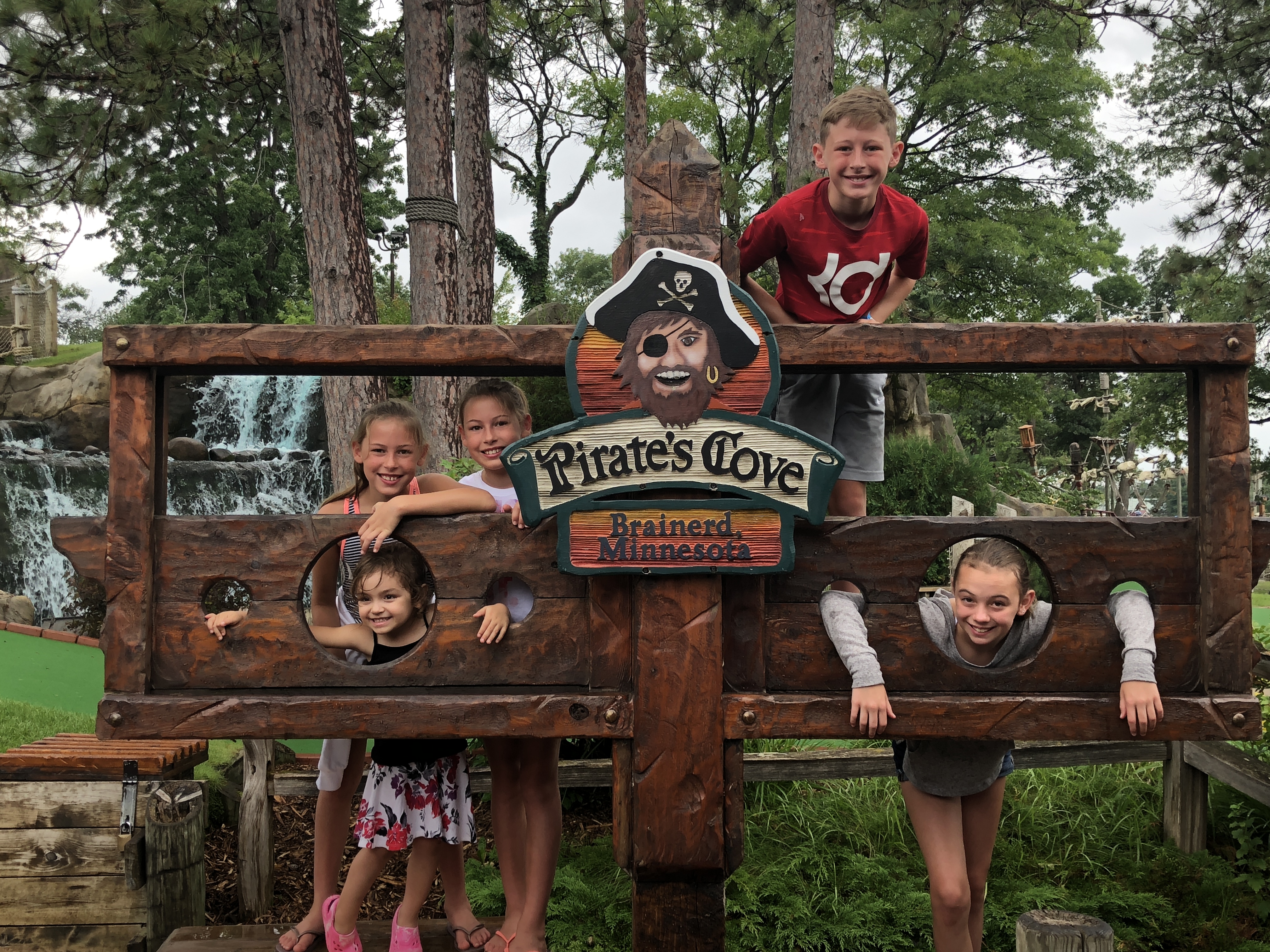 Per our annual tradition (see 2017 and 2016), my family went up to Grandview for a summer vacation. And per tradition, we played mini-golf at Pirates Cove, my mom and I went for a few runs, we ate outside at Bar Harbor, got ice cream at the Chocolate Ox and went golfing. This year Parker came with golfing and boy, was I impressed!? He is officially “in” the Grandview Golf Group. We also tried our hands at tennis, played bingo nightly, and soaked up some sun. The kids went on the banana boat, played at the arcade and went down the waterslide about 100 times. Living out of state, I cherish these vacations with them. <3 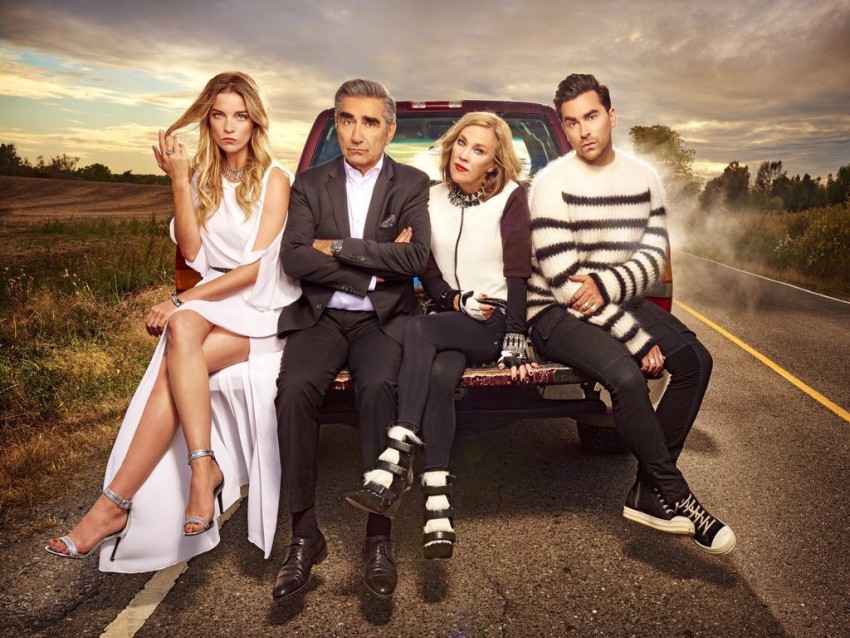 Since Handmaid’s Tale ended, we needed something lighter, and Schitt’s Creek was just the show! It’s about a family that was once incredibly wealthy but suddenly goes broke and ends up living in Schitt’s Creek. Eugene Levy, Catherine O’Hara and Daniel Levy star in the show and are fantastic! The episodes are short, but there are always some good quotes. For instance, we’ve adopted how Alexis (played by Annie Murphy) always says “Byyyyeeee” in her ditzy girl voice.

The other show we’ve been watching, but isn’t so light, is Homeland. The show is about CIA agent Carrie Mathison (played by Claire Danes) who is on a mission to stop terrorist, but is also bipolar, unpredictable and all-around somewhat of a loose cannon. Some scenes are drawn out but overall it has held my attention. 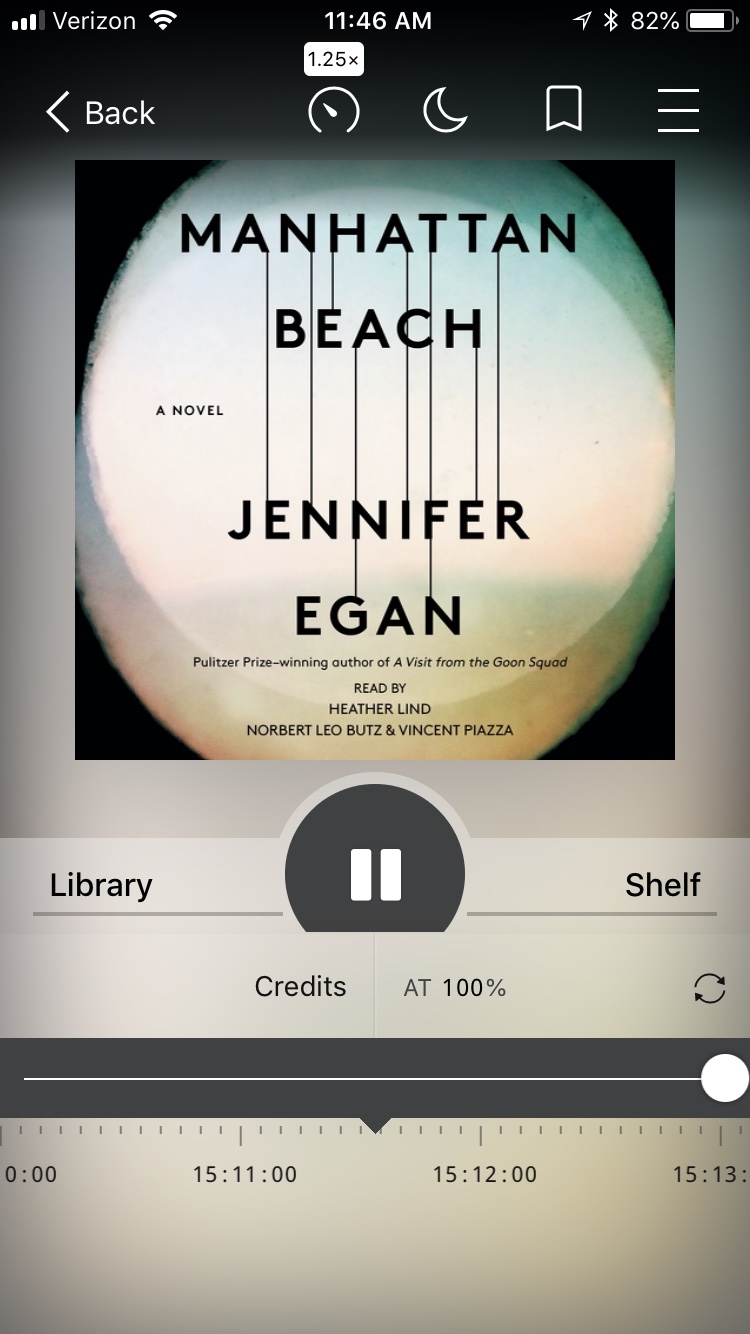 I listened to Manhattan Beach by Jennifer Egan from my 2018 book list. It was good, but I think this one would be much better read, rather than listened to. It wasn’t really complicated but unlike other audiobooks, it required much closer attention.

I also listened to Eleanor Oliphant is Completely Fine by Gail Honeyman and loved it! Granted it was a little sad in a few areas, it was mostly funny and amusing. It reminded me a bit of Where’d You Go Bernadette, which I loved!