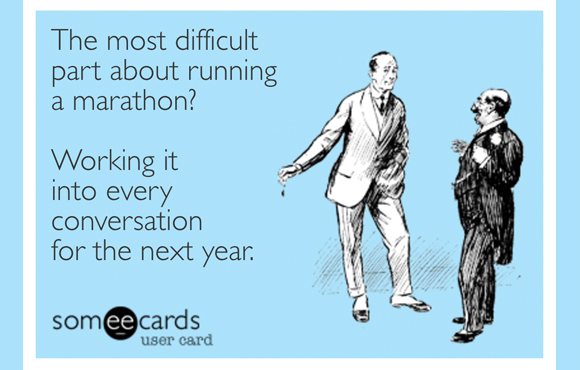 Good morning! Instead of trying to cram a running update into my Currently: August post or bombarding you with bi-weekly running updates, like I did for the Nashville Marathon, I thought I’d do a little update now. And if you can relate to this someecard because you’re a runner- read on! If you relate because I find a way to work it into our conversation and you’re sick of it- skip this post! 🙂 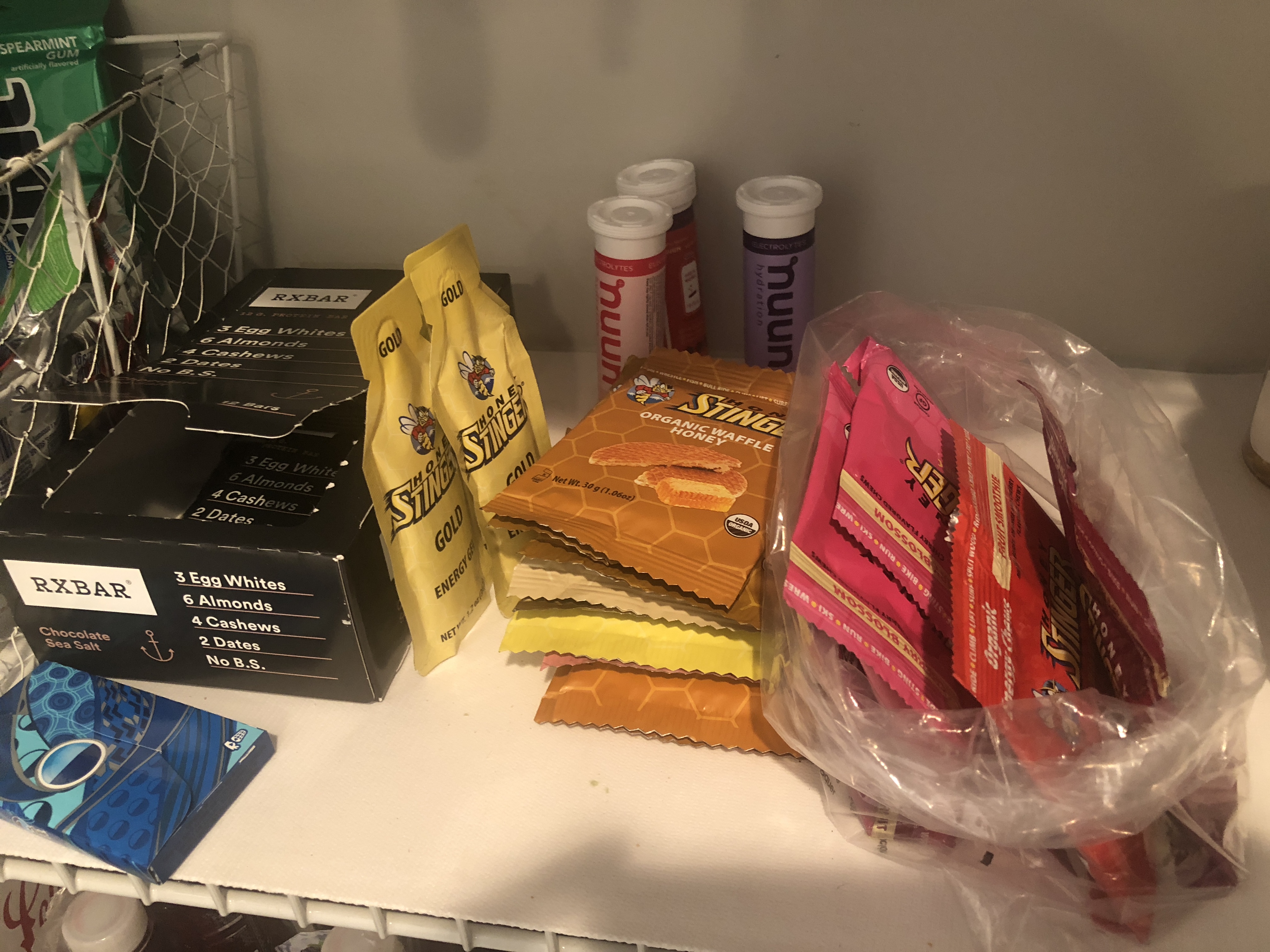 One of the things I mentioned that I’d be doing the same for the Indianapolis Marathon is nutrition, specifically during my runs. I’m still a fan of the Honey Stinger Gold Classic Gels and Waffles, but I’ve also been eating their Energy Chews too. They are small and wrap back up nicely so I can just pop one or two when I need.

I’m still taking Glucosamine/Chondroitin almost daily. I’m not sure if it’s that or something else, but I haven’t dealt with runner’s knee at all. So I’m going to continue to take it. 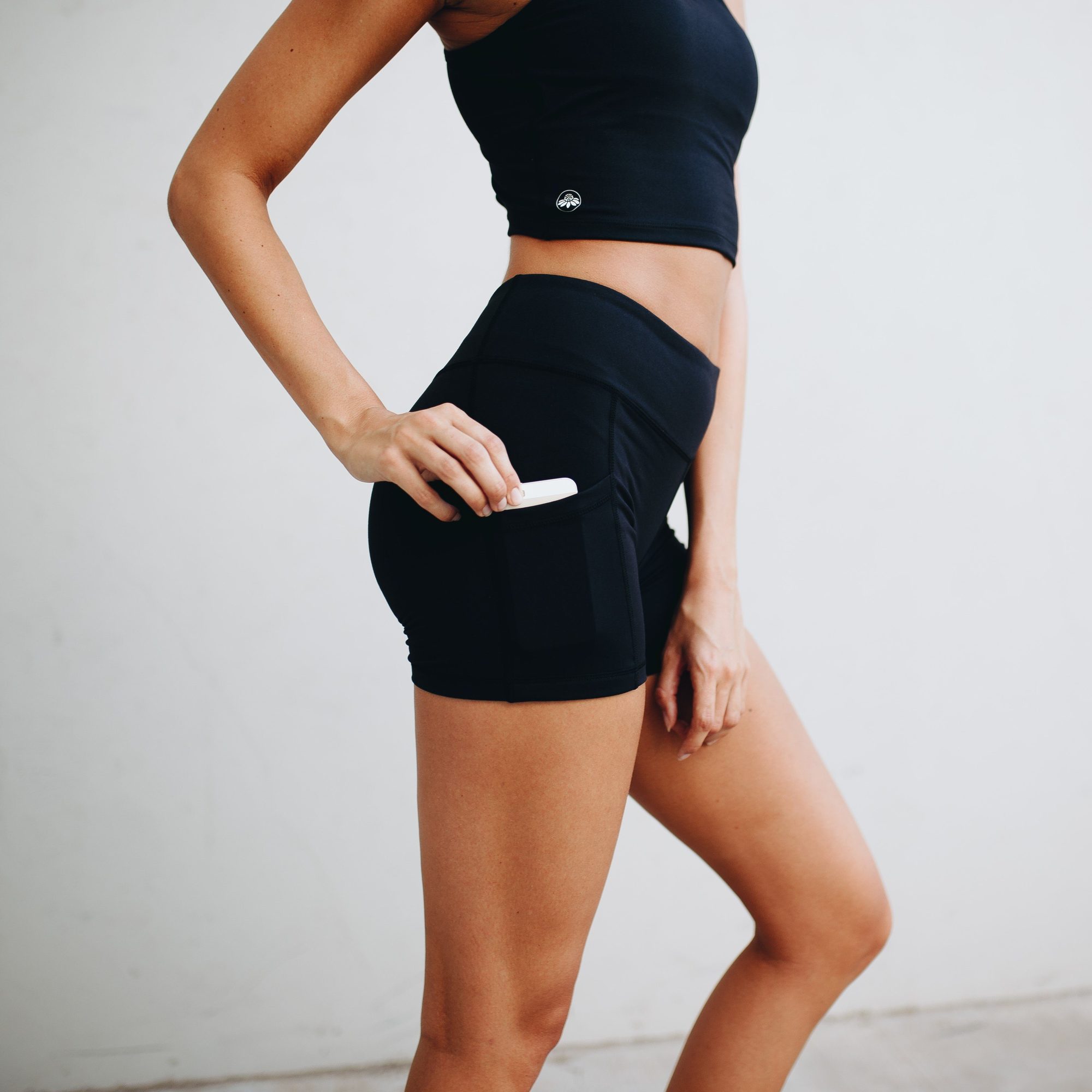 I’ve also upgraded my running attire slightly. First, I bought these High Waisted Rio Shorts from Senita. The tight compression type shorts are a godsend for us thick-thighed women, read no chaffing. I also love the side pocket- it works great to hold my phone/gels/route/keys/etc.

I’ve also been loving this Play Off The Pleats skirt from Lululemon. It’s more of an investment piece, but I knew if it didn’t work for running it’d work for golf, walking or just lounging around. I’m happy to report that it works great for running! The compression shorts have a rubber grip so they stay in place the entire time. They also have a pocket like the Senita shorts- perfect for storing anything.

Lastly, I purchased one of these Nathan Speed Draw water bottles. I hated using those water belts! Mine always used to leak on my back and wasn’t always comfortable depending on what I was wearing. This water bottle is great though! I use it for any runs longer than 4 miles. Cincinnati has been super hot lately and it’s been a godsend. Think 80-90 degrees with 90%+ humidity!)

I never really “believed” in electrolyte replacements, but I became convinced when Nolan’s aunt, who is a nurse, and people in my running group confirmed I should be taking them. So I ordered these Nuun Hydration tablets and have been taking them a day before or the day of our long runs. It’s hard to say if they are doing anything, but I know I’m drinking more water because of them, so that’s good. 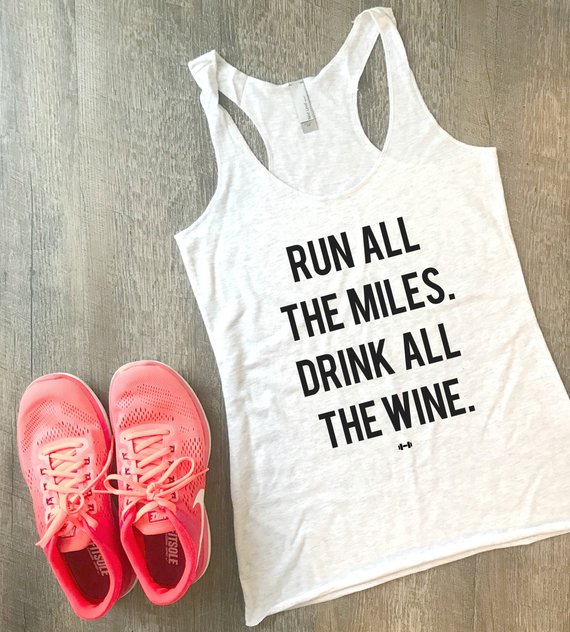 Other than thee marathon, I’m signed up for two half marathons before then. The first one is the Napa Half Marathon on September 30th. I’m going with 3 other girls on a little girl’s trip to wine country! We found these cute shirts on etsy that we’re all going to wear. 🙂 You get a medal and a bottle of wine at the end, what could be better? 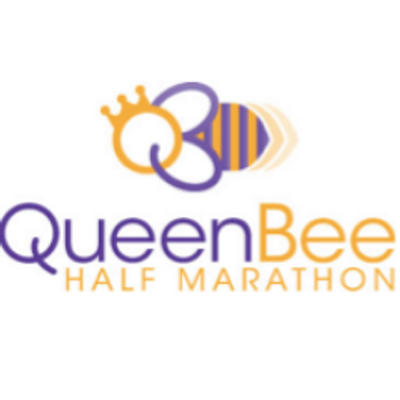 The second half marathon I’m signed up for is the Queen Bee Half Marathon on October 13th. It’s here in Cincinnati and since lots of people run it, they’ve worked it into our training schedule. I’m going to use this one to predict what my marathon time can be, I’d love to be under 5 hours this time around. 🙂

There are few other races I might participate in as well. One is the the Hudepohl 14K on September 22nd. I’ve heard it’s pretty fun and like the Queen Bee, it’s factored into our training schedule. The last one I might do is the Warrior Run 5K on October 5th, which is a Saturday, but it’s in the evening. I did this run last year and it still holds special meaning for me. We only have 11 to run that morning, so I should be able to do another 3 that night. I do have a friend in town that weekend though, so we’ll see if we’re up for it. 🙂