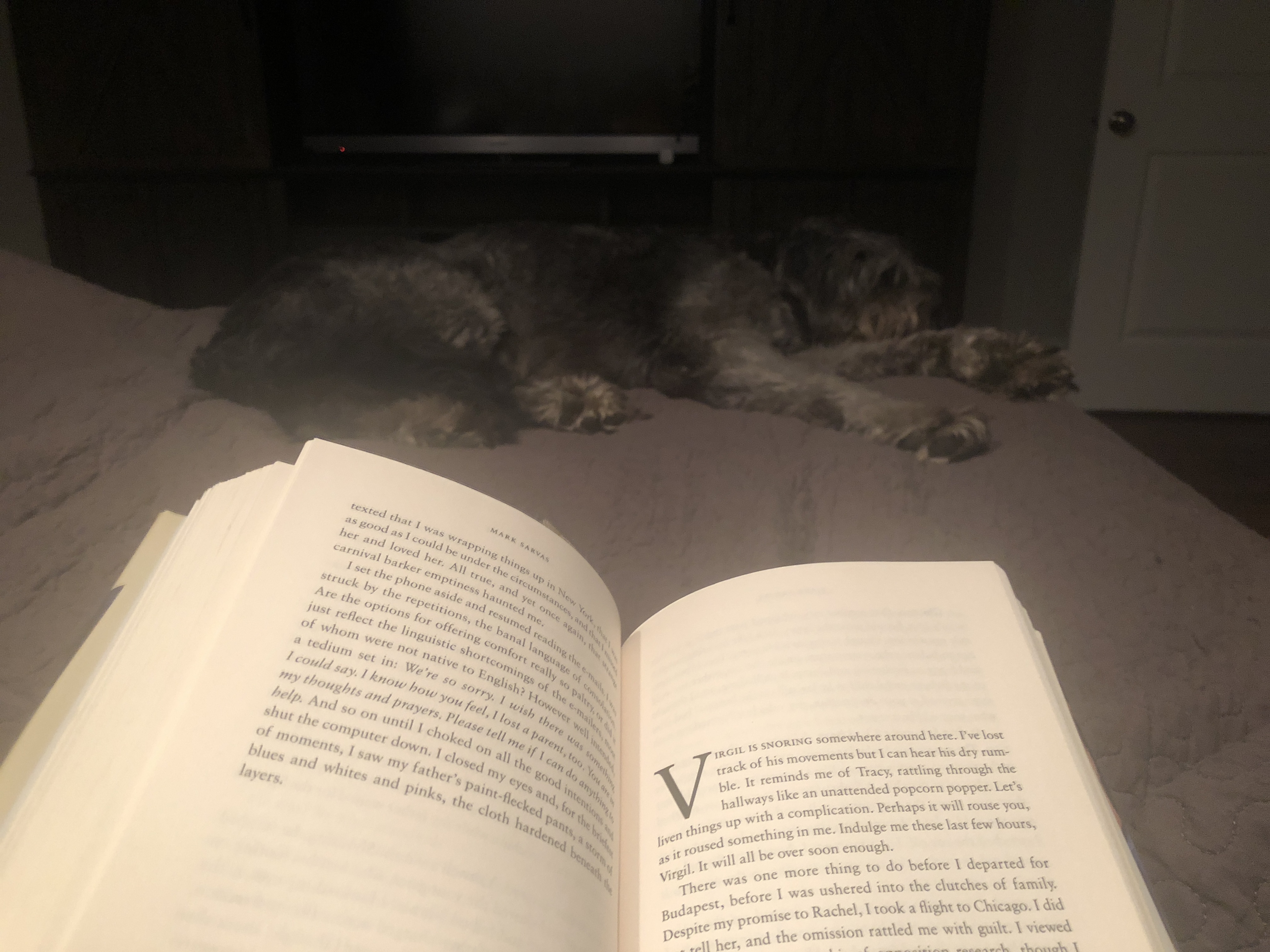 Memento Park by Mark Sarvas is an interesting read with an ending I never saw coming! In essence, it’s about how a man uncovers secrets about his dad after a lost piece of art is discovered. Sophie didn’t find it as interesting as I did. 🙂

After receiving an unexpected call from the Australian consulate, Matt Santos becomes aware of a painting that he believes was looted from his family in Hungary during the Second World War. To recover the painting, he must repair his strained relationship with his harshly judgmental father, uncover his family history, and restore his connection to his own Judaism. Along the way to illuminating the mysteries of his past, Matt is torn between his doting girlfriend, Tracy, and his alluring attorney, Rachel, with whom he travels to Budapest to unearth the truth about the painting and, in turn, his family.

I really like Memento Park, it certainly took more brainpower to read than The Cuban Affair, but not enough to hold me back from reading it before bed. The chapters were relatively short, so it was easy to grab and knock out a few chapters. Sarvas is a great storyteller! He does a wonderful job at character development of Matt, the main character, and the end was totally surprising!

I’m tempted to say it’s not my typical read, but I’m starting to think I don’t have a predictable read. I’ve bounced around from serious forward-looking American War, to the funny memoir I Can’t Make This Up, to the romantic suspense Rebecca.